What Is the Spatial Resolution of grace Satellite Products for Hydrology?
Previous Article in Journal

Inter-Comparison of Gauge-Corrected Global Satellite Rainfall Estimates and Their Applicability for Effective Water Resource Management in a Transboundary River Basin: The Case of the Meghna River Basin
Previous Article in Special Issue

Groundwater Storage Changes in China from Satellite Gravity: An Overview

The Gravity Recovery and Climate Experiment (GRACE) satellite mission, which was in operation from March 2002 to June 2017, was the first remote sensing mission to provide temporal variations of Terrestrial Water Storage (TWS), which is the sum of the water masses that were contained in the soil column (i.e., snow, surface water, soil moisture, and groundwater), at a spatial resolution of a few hundred kilometers. As in situ level measurements are generally not sufficiently available for monitoring groundwater changes at the regional-scale, this unique dataset, combined with external information, is widely used to quantify the interannual variations of groundwater storage in the world’s major aquifers. GRACE-based groundwater changes revealed significant aquifer depletion over large regions, such as the Middle East, the northwest India aquifer, the North China Plain aquifer, the Murray-Darling Basin in Australia, the High Plains, and the California Central Valley aquifers in the United States of America (USA), but were also used to estimate groundwater-related parameters such as the specific yield, which relates groundwater level to storage, or to define the indices of groundwater depletion and stress. In this review, the approaches used for estimating groundwater storage variations are presented along with the main applications of GRACE data for groundwater monitoring. Issues that were related to the use of GRACE-based TWS are also addressed. View Full-Text
Keywords: GRACE; gravimetry from space; groundwater variations; aquifers GRACE; gravimetry from space; groundwater variations; aquifers
►▼ Show Figures 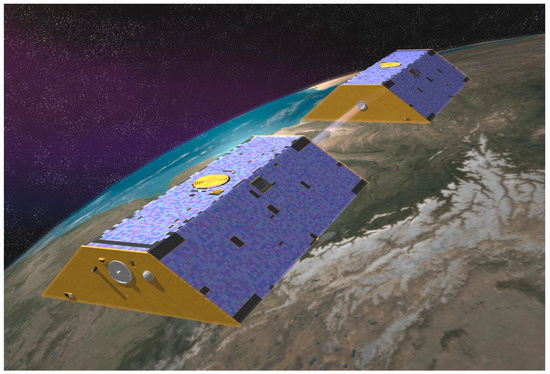