From Bio to Nano: A Review of Sustainable Methods of Synthesis of Carbon Nanotubes
Previous Article in Journal

Bio-Inspired Synthetic Ivory as a Sustainable Material for Piano Keys

Valorization of Lignin as a Sustainable Component of Structural Materials and Composites: Advances from 2011 to 2019

Lignin is the most abundant aromatic biopolymer and is the sustainable feedstock most likely to supplant petroleum-derived aromatics and downstream products. Rich in functional groups, lignin is largely peerless in its potential for chemical modification towards attaining target properties. Lignin’s crosslinked network structure can be exploited in composites to endow them with remarkable strength, as exemplified in timber and other structural elements of plants. Yet lignin may also be depolymerized, modified, or blended with other polymers. This review focuses on substituting petrochemicals with lignin derivatives, with a particular focus on applications more significant in terms of potential commercialization volume, including polyurethane, phenol-formaldehyde resins, lignin-based carbon fibers, and emergent melt-processable waste-derived materials. This review will illuminate advances from the last eight years in the prospective utilization of such lignin-derived products in a range of application such as adhesives, plastics, automotive components, construction materials, and composites. Particular technical issues associated with lignin processing and emerging alternatives for future developments are discussed.
Keywords: lignin; polyurethane; phenol formaldehyde resins; sulfur; carbon fibers lignin; polyurethane; phenol formaldehyde resins; sulfur; carbon fibers

The word “lignin” is derived from the Latin word “lignum”, meaning “wood” [1]. It is in wood that lignin may be most familiar to the layperson. A sample of wood contains light-colored material and a darker material that gives wood its characteristic grain pattern. The darker material is primarily lignin. The structural parts of most plants are likewise composed of lignin intermingled with cellulose and hemicellulose. On a cellular level, it is the plant cell middle lamella and the secondary cell wall that mainly contain lignin, accounting for 15–35% of a plant’s dry weight [2,3]. Chemically, lignin is a three-dimensional structure that combines phenyl propane units through both ether and alkyl linkages (Figure 1). The rigidity afforded by the 3D structural array of primarily aromatic subunits in lignin lays the basic foundation to provide structural integrity to plant or timber-built structures. Despite the well-known role of lignin as a structural element of plants, efforts to valorize lignin as a component of synthetic structural polymers and composites for commercial applications have not yet reached their presumed potential. One reason for the slow development of this area may be that, in contrast to feedstock for most commercial products, lignin is not a material having a discrete, well-defined structure, both because of the complexity and because the particular structure of lignin differs depending on the plant species, extraction method and even growing conditions [4]. Despite the challenges involved, developing strategies to harness lignin for value-added applications is imperative for the success of the burgeoning green economy. The average annual disposal of lignin in the agricultural industry is around 50 Mt, while another 6 Mt of waste lignin/chlorolignin results from paper/pulp production [5], and current projections suggest that lignin production will exceed 120 Mt by 2022 [2]. Lignin also comprises 15–35 wt.% of the >9 billion tons/y of lignocellulosic waste from agriculture [6]. Only 2% of waste lignin is used to synthesize chemical compounds like vanillin and polyol compounds, while the rest of the lignin is burned as a low-cost, albeit low fuel value (25.6 MJ/kg) [7]. As momentum builds towards cellulosic ethanol as a primary fuel source, even more lignin will be left behind after removal of cellulose from the composite biomass for its conversion to cellulosic ethanol.
The current review focuses on significant advances in materials derived from lignin with specific potential to replace petroleum-based chemicals. The commendable success in generating polyols for polyurethane and phenol-formaldehyde industries, replacing high-cost petroleum-based precursor materials in carbon fibers, and the utilization of lignin in extending sustainable sulfur cements are particular topics highlighted herein. In addition to these approaches, the challenges and the impact on each application for replacing traditional commercial materials are discussed. Remarks on future strides toward a sustainable world and insight on possible future research directions and challenges for the field are provided.

Polyurethanes are widely used plastics, traditionally prepared from petroleum-derived polyols and isocyanates. Polyurethanes have shown tremendous property tunability depending on the particular formulation, resulting in a commensurately wide range of applications. Polyurethane products can take the form of adhesives, sealants, rigid or flexible foams, and coatings [8]. Half of the polyol market in the United States is directed to polyurethane production [9]. The high abundance of phenolic and aliphatic –OH groups in lignin makes it an obvious candidate to replace petroleum-derived polyols in polyurethane production (Table 1). The most direct route to lignin-polyurethanes that has been explored is to replace polyols with lignin particles (Scheme 1) [10]. In these studies, careful evaluation of how properties are related to hydroxyl: isocyanide ratio, lignin solubility in reaction media, and lignin particle dispersion must be undertaken. Although lignin is comprised of a high number of phenolic moieties, isocyanate groups exhibit moderate selectively for reaction with aliphatic OH groups over phenolic groups. Furthermore, due to the prevalence of bulky fragments in lignin, isocyanate groups do not react with all of the OH groups of lignin. For these reasons, the greatest success has been observed when the NCO/OH ratio is high, generally ≥1.0 mol NCO/mol hydroxyl [11]. Another strategy to increase coupling to lignin particles is to modify lignin to increase its solubility and to increase the number of aliphatic OH groups available for reaction. To facilitate discussion, products are classified as modified and unmodified lignin-based polyurethanes.

In a recent report by Lu and coworkers [12], spruce wood meal was pretreated by boiling in 1,4-butanediol with HCl. The pretreated lignin then reacted with methylene diphenyl diisocyanate, (MDI) as the crosslinker in dioxane. This formulation allowed casting of a monolithic polyurethane film. A maximum tensile strength of 41.6 MPa was achieved at a NCO:OH ratio of 1.7, equating to an impressive 47% lignin by mass. These polyurethanes exhibit properties competitive with traditional formulations used in coatings requiring high performance in hardness and solvent resistance [12].
Griffini and coworkers [13] demonstrated that lignin polyurethanes can also have high performance metrics for wood and glass adhesives. These adhesives were prepared from unmodified kraft lignin, which is soluble in 2-methyltetrahydrofuran (MeTHF). When kraft lignin was reacted in MeTHF with toluene diisocyanate (TDI) as the crosslinker, a maximum adhesive strength (3.70 GPa) was achieved with a NCO/OH ratio of 1.3 and contained 70 wt.% lignin [13]. Another approach to lignin polyurethane adhesives allows reaction of technical-grade kraft lignin with MDI in THF [11]. These adhesives displayed reasonable performance for binding wood surfaces, with a maximum lap shear strength of 6.3 MPa achieved at a 1.2 NCO/OH ratio.

Like lignin, sulfur is one of the major underutilized byproducts of modern industry. Sulfur production, primarily by its removal from petroleum during fuel production, has outpaced demand by up to 7 million tons annually for decades, leading to massive untapped stockpiles for valorization. In 2013, Pyun reported an intriguing method for exploiting this waste sulfur as a component of copolymers by its reaction with olefins via a process called inverse vulcanization [50]. Although elemental sulfur itself is quite brittle, durable materials can be obtained for the copolymers comprising up to 90 wt.% sulfur [51,52,53,54]. These efforts have employed a wide range of starting materials including cellulose, lignin, amino acids, terpenoids, algae acids, polystyrene derivatives, and other olefins [55,56,57,58,59,60,61,62,63,64,65,66,67,68,69,70]. More recently, radical-induced aryl halide/sulfur polymerization (RASP) proved similarly effective for preparation of high sulfur-content materials (HSMs) but employing aryl halides in place of the olefins required for inverse vulcanization.
Both inverse vulcanization and RASP have been used to prepare HSMs from elemental sulfur and lignin derivatives. In a 2019 report, the Smith group employed allylated lignin to react via inverse vulcanization with elemental sulfur (Scheme 5A). Allyl lignin reacted with sulfur at 180 °C in different ratios. Allyl lignin and molten sulfur suffer from significant immiscibility of the two comonomers, thus minimizing the amount of lignin that can be incorporated into the HSM to 5 wt.%. The maximum flexural strength of the allyl lignin HSM was 2.1 MPa, [71] significantly lower than analogous HSMs prepared from functionalized cellulose. Due to the thermal reversibility of S–S bond-formation, however, these materials can be remelted and recast over many cycles without any loss in moduli or strength.
In another report, the RASP process was used to prepare HSMs from chlorolignin and sulfur (Scheme 5B) [72]. Chlorolignin can be obtained either as a byproduct of the bleach paper/pulp industry or prepared from the other lignin sources by using oxidation with aqueous bleach. The sulfur and chlorolignin are fully miscible at the 240 °C reaction temperature, allowing them to be reacted in any ratio. The study focused on thermoplastic materials, however, so only the remeltable copolymers, comprising up to 20 wt.% lignin, were studied in detail. The chlorolignin/sulfur HSMs had remarkably improved mechanical strength compared to that of the allylligin/sulfur copolymers. A maximum flexural strength of >3.6 MPa was achieved for the material comprising 20 wt.% chlorolignin. This flexural strength is on par with that of Portland cement (3.8 MPa), suggesting that these materials could be recyclable cement surrogates.

Although the foregoing review demonstrates some of the promise held by lignin to replace petrochemicals in several important technologies, many challenges remain. One challenge is the complexity of lignin. More efforts must be directed towards the full characterization of lignin from different sources so that firm structure-property relationships can be elucidated. Another area needing more research is in developing more efficient and effective modification protocols to endow lignin with desired properties for each application. Finally, comparing lignin-derived materials to those that have been prepared from purified, discrete small molecular petrochemicals is problematic given the heterogeneous nature of lignin. With recent advances in the production of more well-characterized lignin oils, a potent future direction may be to use these lignin oils, rather than whole lignin, as feedstocks to replace petrochemicals in our emerging sustainable society.

Author M.S.K. carried out the majority of writing and literature searches associated with this contribution. Author R.C.S. provided funding, editorial and graphic support. All authors have read and agreed to the published version of the manuscript.

This research was funded by the National Science Foundation of the United States, grant number CHE-1708844. 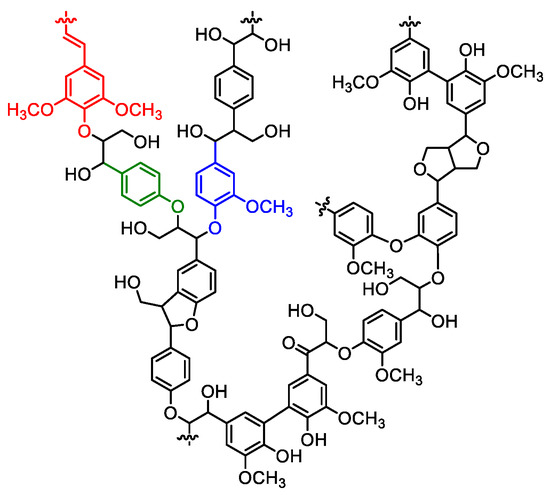 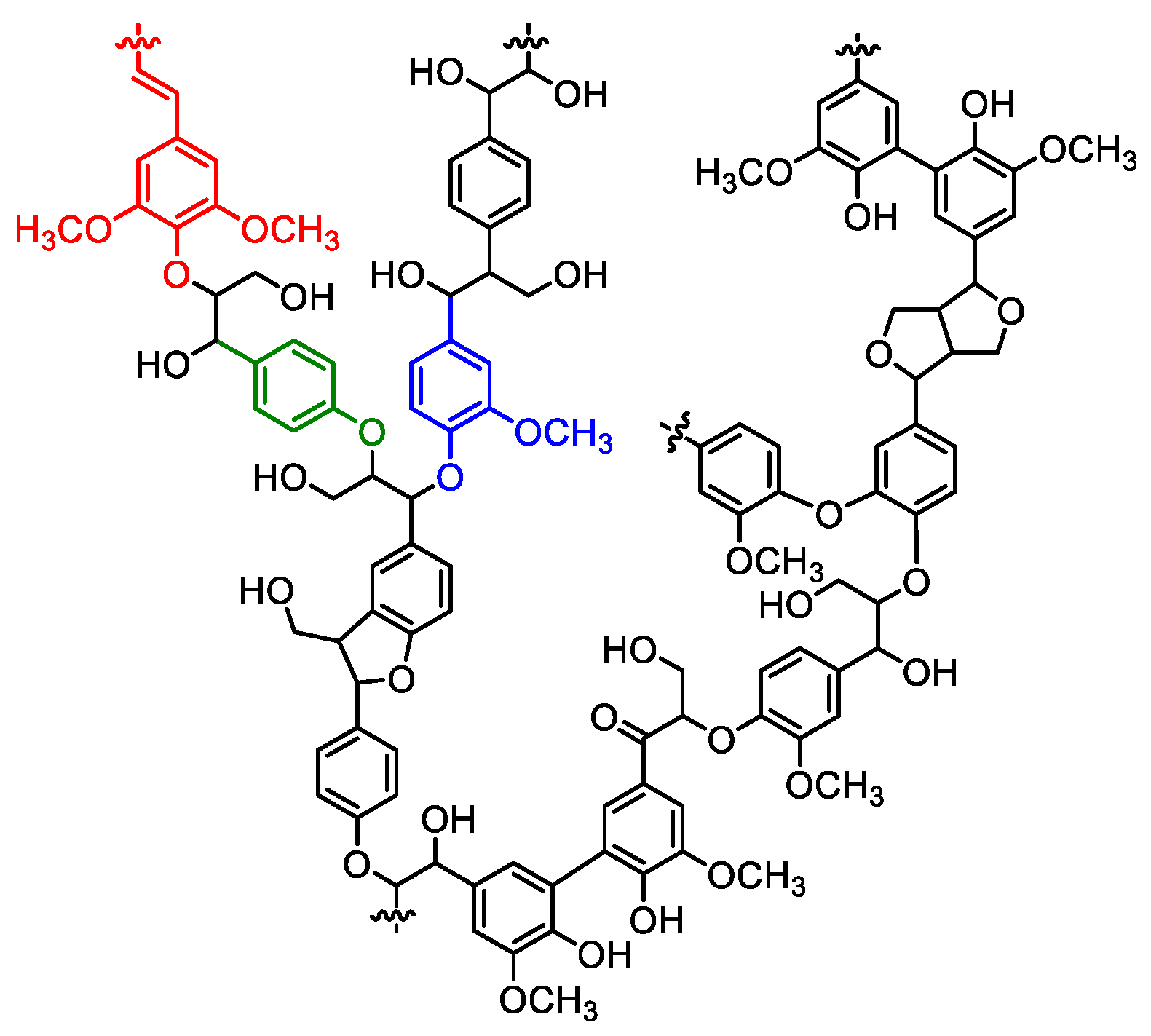 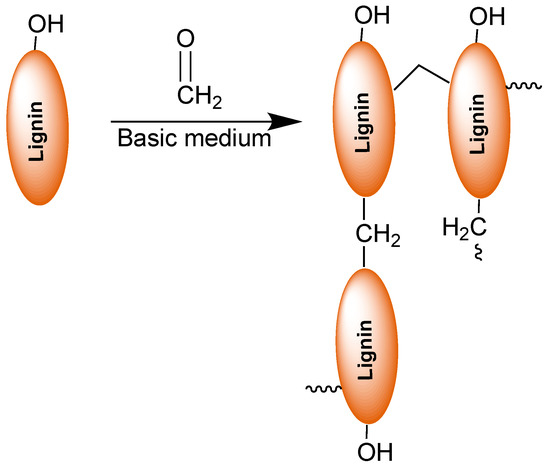 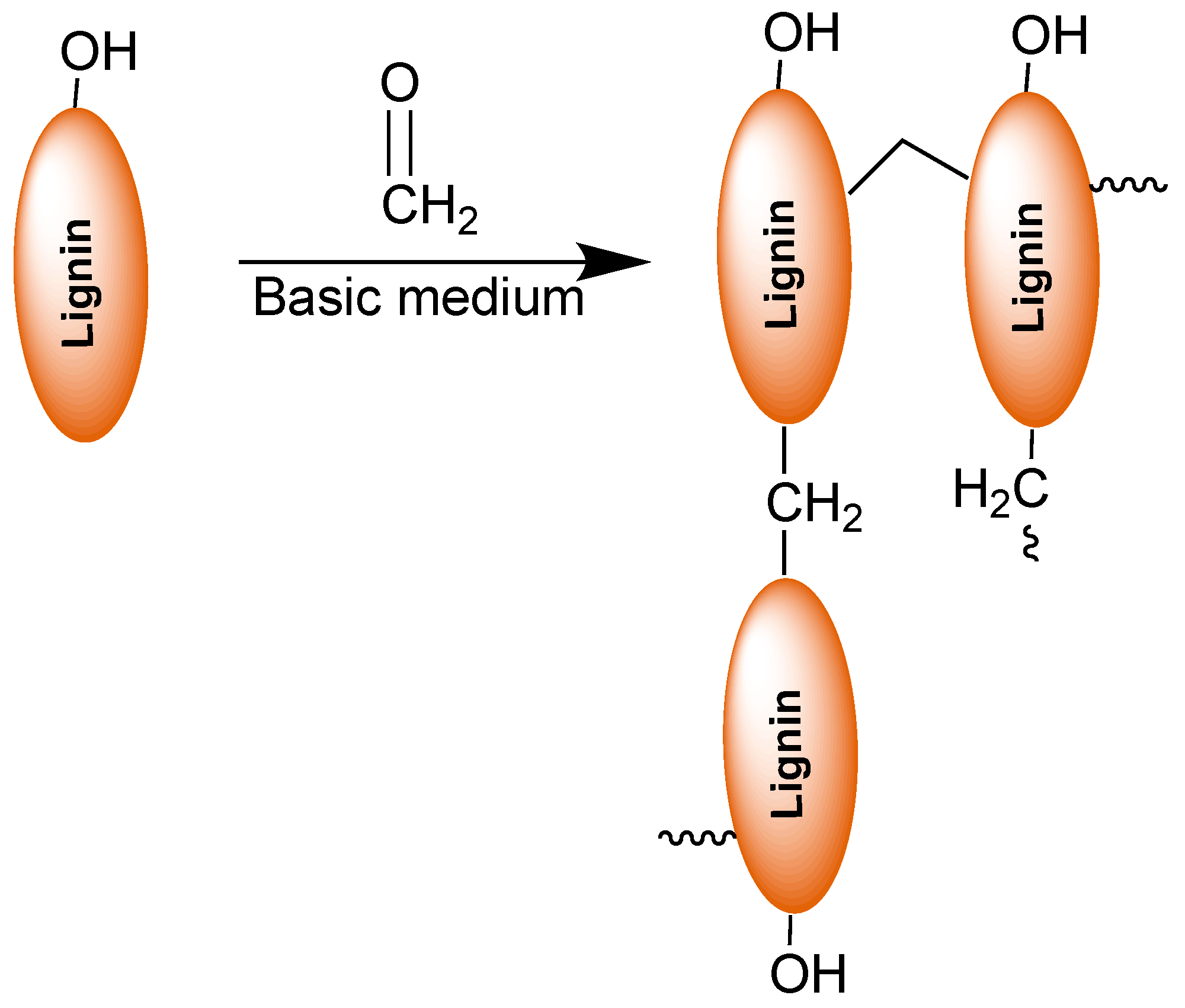 Table 2. Summary of LPF Resins.
Table 2. Summary of LPF Resins.
© 2020 by the authors. Licensee MDPI, Basel, Switzerland. This article is an open access article distributed under the terms and conditions of the Creative Commons Attribution (CC BY) license (http://creativecommons.org/licenses/by/4.0/).
We use cookies on our website to ensure you get the best experience. Read more about our cookies here.
Accept
We have just recently launched a new version of our website. Help us to further improve by taking part in this short 5 minute survey here. here.
Never show this again