Sun, Wind and Waves: EV Fossil Fuel Use and Emissions on an Isolated, Oil-Dependent Hawaiian Island

Electric power grids in remote communities around the world tend to be highly oil-dependent, unlike large, interconnected grids. Consequently, self-contained power grids such as the Hawaiian Islands’ have become testbeds for aggressive renewable energy integration (PV, wind, and ocean energy) and transportation electrification. However, there remains a lack of critical analysis for remote communities to determine the benefits of transitioning from internal combustion engine (ICE) vehicles to plug-in electric vehicles (EVs). This case study examines the impacts of this transition to EVs and renewable power generation on fossil fuel use and CO2 emissions on the oil-dependent Island of Oahu, Hawaii. Average passenger EVs were found to consume seven times less fossil fuel (the equivalent of 66 gallons of gasoline (GGe), than their gasoline-powered counterparts (455 gallons) in 2020. Average EVs also cut emissions in half, (2 MTCO2 versus 4 MTCO2). Several renewable power and EV transition scenarios were modeled to assess impacts out to 2050. Fossil fuel use and emissions plummet with more clean power and increasing EV numbers. By 2045, in the most ambitious scenario, all gasoline- and diesel-powered vehicles (passenger and freight) will consume a total of 8.8 billion GGe, and EVs 0.090 billion GGe (1%). ICE CO2 emissions will total 80 MMT, and EVs 4.4 MMT (5.5%). By 2050, the anticipated transition to electric passenger and freight vehicles combined with renewable power will lead to 99% less fossil fuel consumed, and 93% less CO2 emitted. View Full-Text
Keywords: electrification of transportation; renewable energy; electric vehicle transition; CO2 emissions electrification of transportation; renewable energy; electric vehicle transition; CO2 emissions
►▼ Show Figures 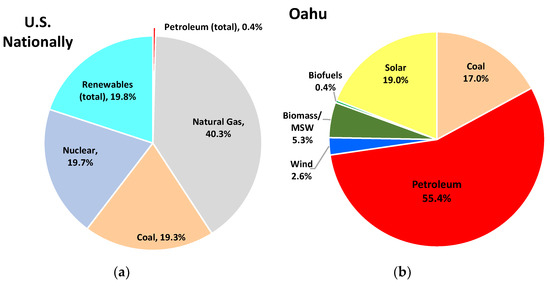 Katherine A. McKenzie
With a Bachelor’s and Master’s in materials engineering, Katherine has managed, developed, and advanced technology innovation for 30 years. As faculty with the Hawaii Natural Energy Institute at the University of Hawaii since 2012, she works together with an extensive array of stakeholders to lead public–private partnerships across a broad range of renewable and enabling technologies. As Principal Investigator for The Electrification of Transportation, she managed the Electric Vehicle Transportation Center, a collaborative, applied research initiative. Since 2018, Kathy serves as an advisor on the Hawaii Climate Change Mitigation and Adaptation Commission’s reduction of ground transportation emissions group.
Zoom | Orient | As Lines | As Sticks | As Cartoon | As Surface | Previous Scene | Next Scene
We use cookies on our website to ensure you get the best experience. Read more about our cookies here.
Accept
We have just recently launched a new version of our website. Help us to further improve by taking part in this short 5 minute survey here. here.
Never show this again