:
The thermal properties of most clothing products are still not designed according to engineering science due to the lack of simple and acceptable measuring equipment and methods; the type of thermal insulation material, the number of layers of clothing and their thickness are thus chosen empirically. The novelty of this study was the development of a new measuring device and method for simultaneous measurements in the determination of the thermal resistance in one or more textile material layers, such as in multilayer composite clothing. Temperature gradients of textile material layers are presented, as well as the theoretical principles of operation and practical results. Four materials for the production of protective jackets were selected, from which different combinations of composite clothing were constructed and the thermal parameters were measured with a new method and a new device, both individually for the built-in materials and for the composites. Subsequently, five test jackets with the same arrangement of textile material layers as the previously tested composites were produced, and measurements of important thermal parameters were recorded with a thermal mannequin. The determined temperature gradients and measurement results are presented, and based on these it was determined that the total thermal resistance was not equal to the algebraic sum of the resistances of the individual textile material layers in the horizontal position; it was, however, higher, increasing from 30% to 94% due to small air layers caused by crimping and protruding fibres of yarn in the textile fabrics. The same textile material layers built into clothing in the vertical position allowed the formation of significantly wider air layers that increased the thermal resistance by between 2.5 and 9 times.
Keywords:
thermal resistance; temperature gradient; textile material layers; composite clothing

2. Theoretical Principles of the Method and Practical Design of the Measuring System

To describe the experimental implementation of the measurement procedure to determine the thermal resistance and temperature gradients in the design of thermal properties of clothing, the theoretical principles of the method are presented first, followed by the design features of the measurement system. A measuring system was set up under laboratory conditions with an analogue and then fully digital measuring method and computer data processing.

In many practical problems, such as in those related to textile materials and composite clothing, heat transfer through the solid takes place predominantly in one direction; e.g., in the x direction. Such cases occur especially when the dimensions of the solid (in the case of textiles and clothing, these are woven fabrics, knits, non-woven textiles, membranes and foils) are considerably larger in the other directions y and z (e.g., the length and width of flat textile products compared to their thickness) or when the heat flux in these directions is intentionally prevented by installing thermal insulation materials through which the heat conduction is very weak due to the low coefficient of thermal conductivity λ (e.g., the boundaries of working spaces in the measuring device).
In the stationary state, the shape of the temperature field in the solid does not change; hence, each material point of the solid receives the same amount of heat from the warmer neighbouring material points and transfers the same amount to the colder neighbouring material points. The stationary state is described by the statement that Q = const. For such a state, the statement Qx = Q const. applies approximately, while Qy = 0 and Qz = 0 are theoretical assumptions that are only possible with ideal insulation in the y and z directions.

It is characteristic of this physical model that the surface of the flat thermal insulation layer through which the heat flux passes is constant (A = const.) [14]. Since, in the stationary state, Q = const., in this case, q = Q/A = const. (Figure 1).
In accordance with the previously adopted assumptions that the entire surface of layer A1 at location has the same temperature T1 and the entire surface A2 at location has a temperature T2, the Fourier equation for a differential layer of thickness dx is as follows [15]:
Considering that = const. and assuming also that = const., Equation (1) can be integrated:
Since = , the final result is:
The order of the index is according to the mathematical rules, i.e., in the direction of the positive axis x, and therefore > 0, and the positive direction of the heat flux density vector coincides with the direction. This means that, in the case when T1 < T2, the result would be < 0, with the direction towards the negative axis x. Usually, in calculations, a higher temperature is entered at and a lower temperature at (both in °C or K), so that the result is > 0 and the direction of the heat flux is clear from physical situation.
Equation (4) can be written in the form: where = is the cause of heat transfer and (/) indicates the thermal resistance.
The temperature gradient is a good indicator for assessing the insulating properties of a material. In accordance with the illustration in Figure 1, it can be represented as the tangent of the ratio of the temperature drop on the material surfaces () and the material thickness .
In the case of textile materials, it can be concluded, according to Equation (6), that a material with a higher realized gradient tan α will be better as a thermal insulator; i.e., a higher temperature drop is achieved in the upper and lower material layers () with the smallest possible material thickness .

The heat conduction through a multilayer flat composite can be determined by applying Equation (4) to each individual layer. For example, for the three-layer wall shown in Figure 2 (which is often used in clothing as a lining, thermal insulation and outer layer), three equations can be written [14]:
By multiplying the equations by the corresponding (/) on the right-hand sides, only temperature differences remain. By summing up the equations, the temperatures between the layers T2 and T3 are cancelled and, after sorting, the following equation is obtained: where the numerator indicates the difference between the temperatures of the outer surfaces and the denominator indicates the total thermal resistance.
For a multilayer flat composite with an arbitrary number of layers i = 2, 3, …, n and end temperatures and , the following equation applies: where the denominator on the right-hand side is the sum of the individual thermal resistances of all the composite layers.
Since each surface Ai has the same temperature Ti at all points, whatever it may be, the total heat flux can be calculated according to: Q = qi · Ai = const.
The temperature gradients according to Figure 2 are:
The calculation of the temperature gradients and the graphical representation of the temperature drop during the heat transfer through the layers, with their thicknesses plotted in proportion, very clearly show the thermal insulation significance of each textile material layer in the composite clothing. The best properties are exhibited by the thermal insulation layer with the gradient that has the highest values, i.e. which achieves the highest temperature drop during the heat transfer through it, and which at the same time has the lowest thickness.

2.4. Design of the Measuring System

This work was supported in part by the Croatian Science Foundation through the project IP-2018-01-6363 “Development and thermal properties of intelligent clothing (ThermIC)”, as well as by the University of Zagreb through research grant TP11/20 “Development of measuring equipment for determining temperature gradients in multilayer clothing thermal insulation”.

We choose to exclude this statement because the study did not report any data. 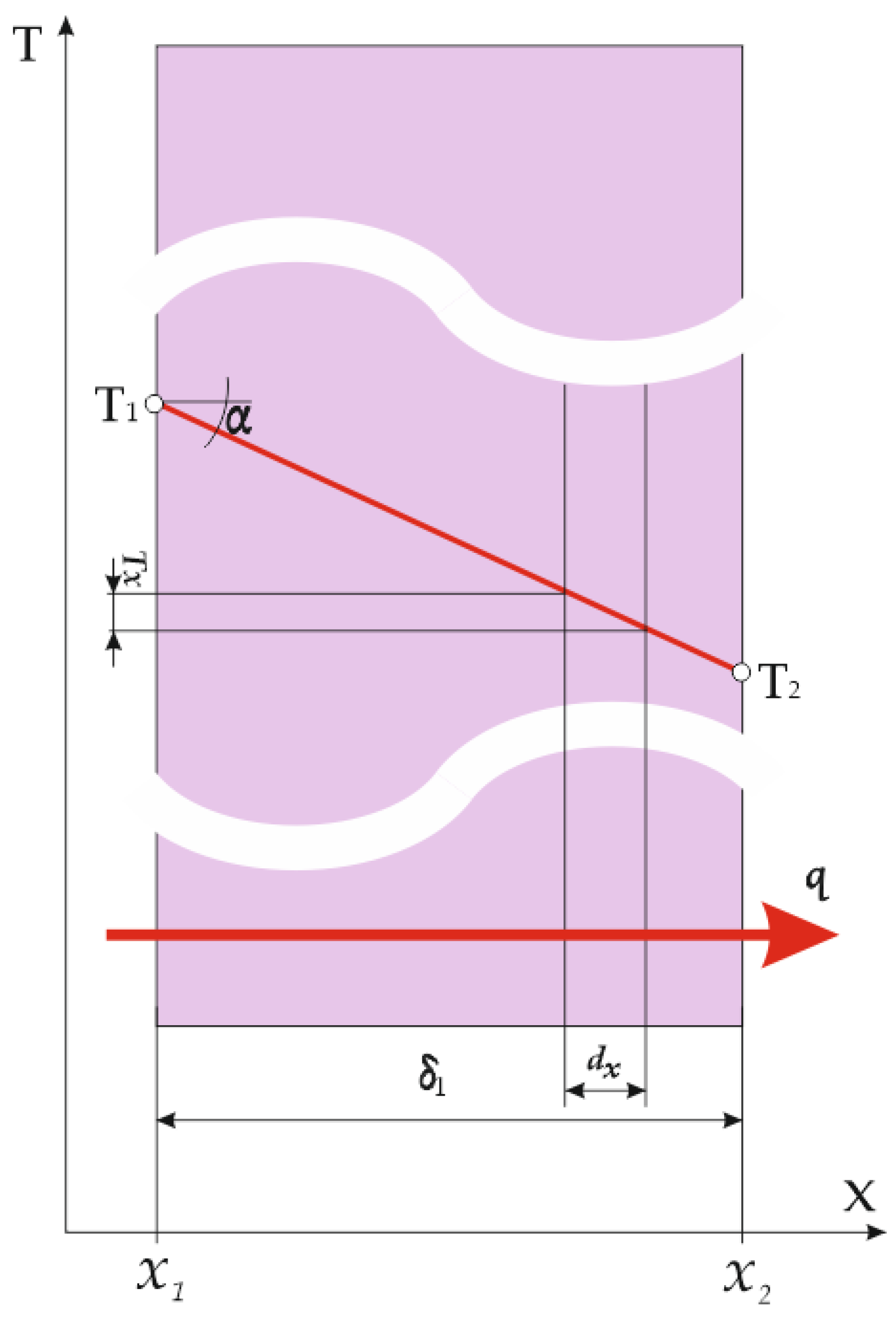 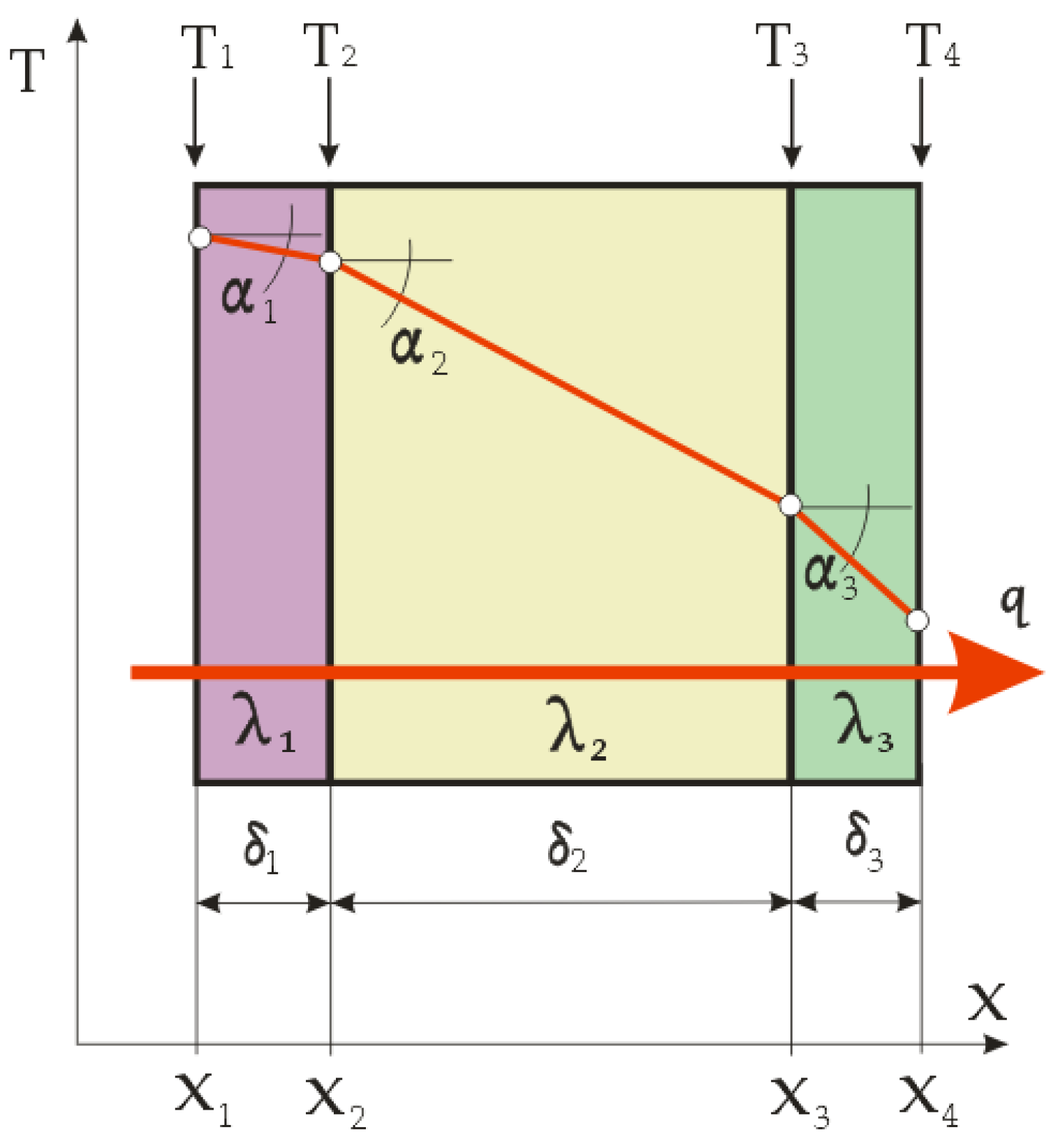 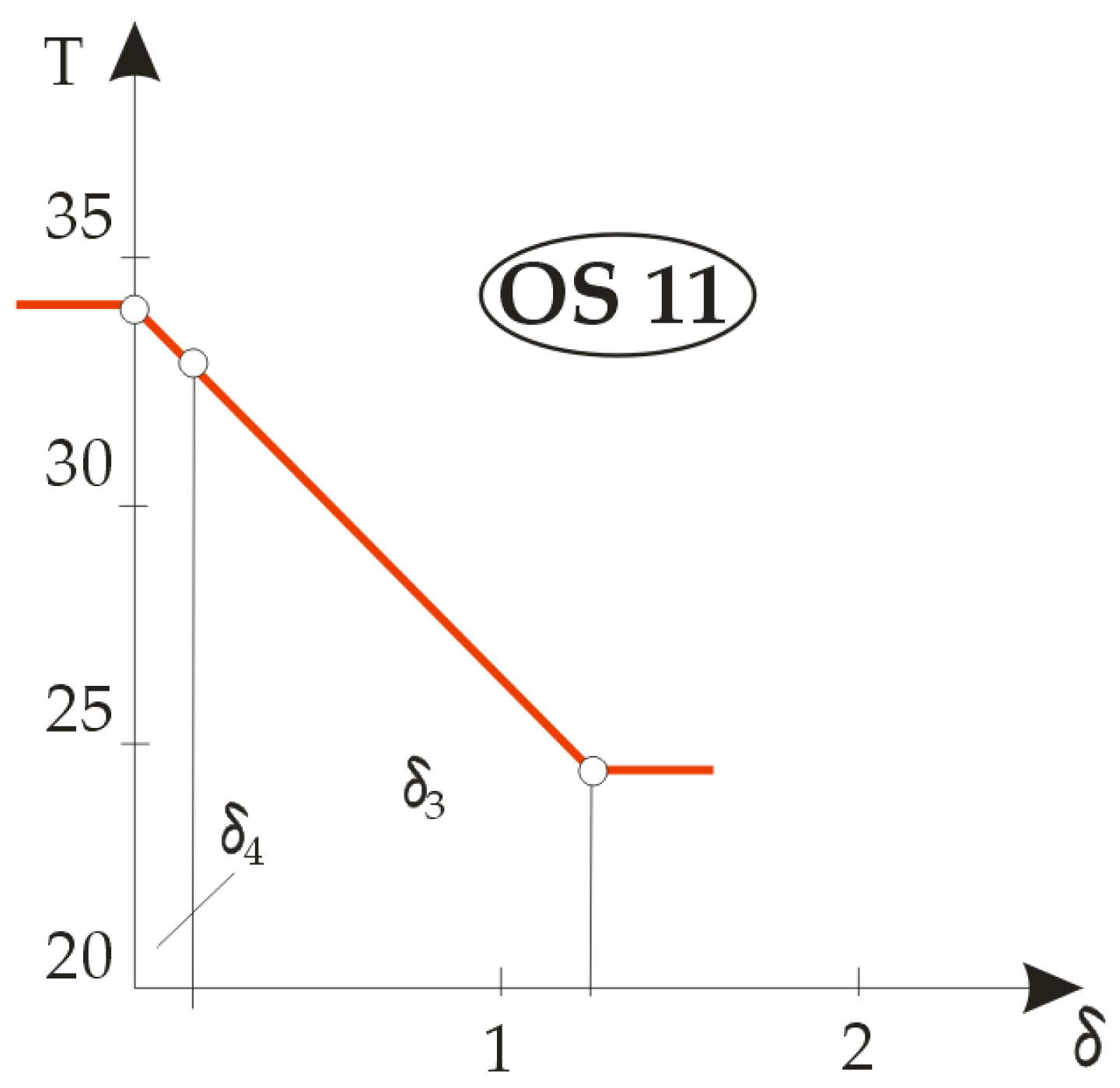 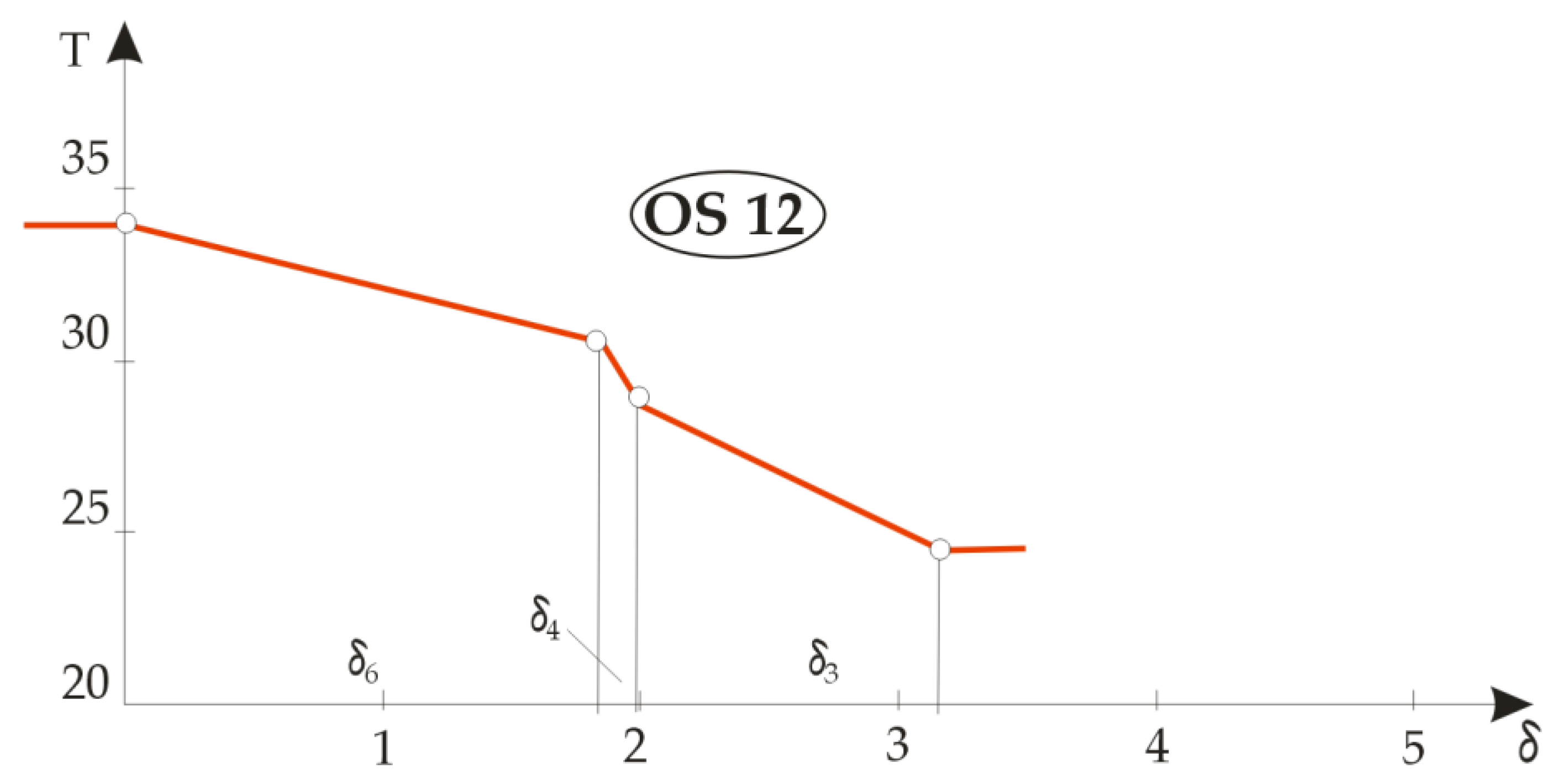 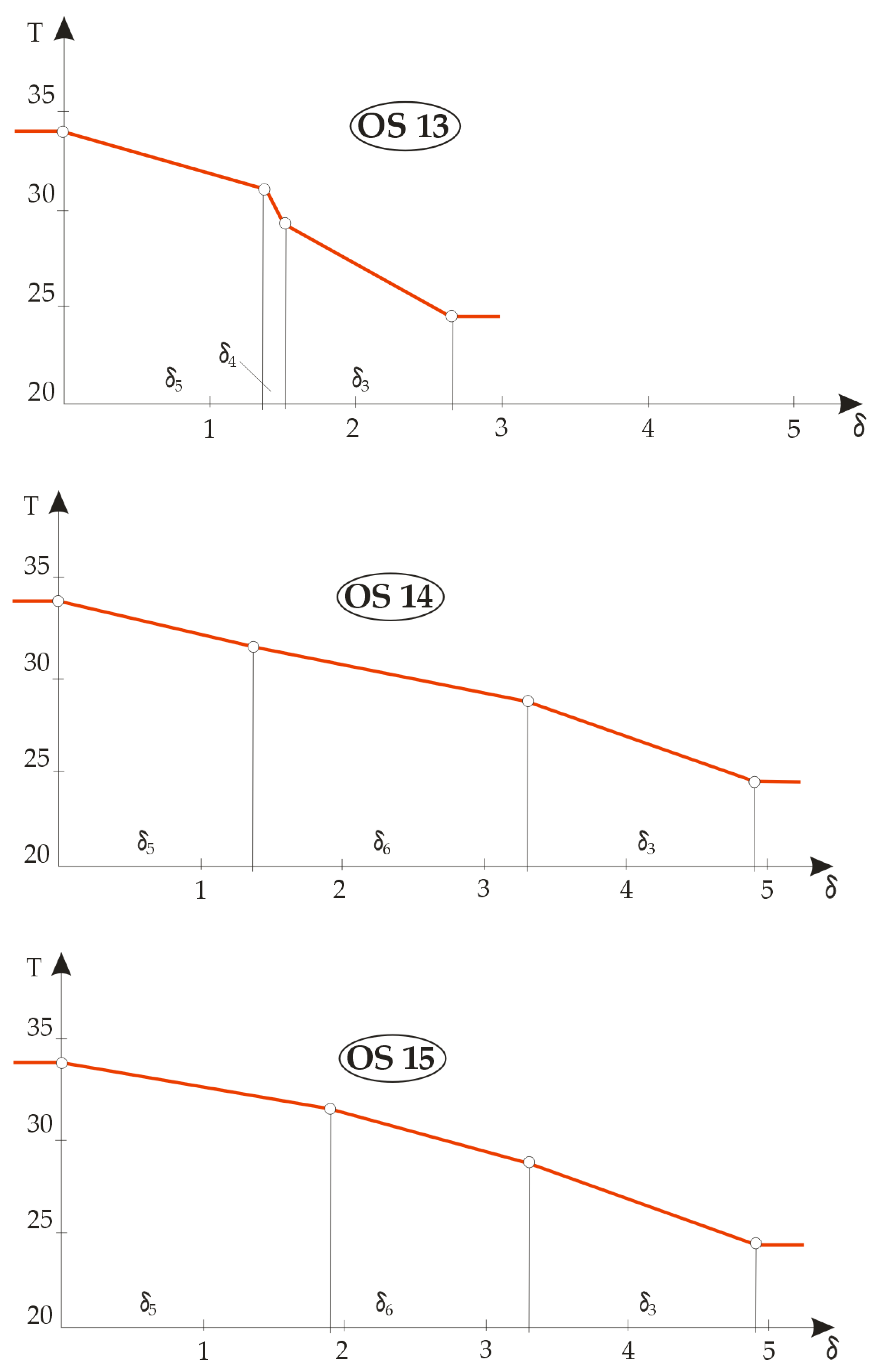