Effect of Caffeine Copigmentation of Anthocyanin Dyes on DSSC Efficiency

Caffeine is known to influence the absorbance spectrum of anthocyanin dyes. Such dyes are often used as sensitizers in dye-sensitized solar cells (DSSCs). Natural dyes, like anthocyanins, yield only small DSSC efficiencies, but are of high interest since they are usually non-toxic and inexpensive. Here we report on the influence of copigmentation of anthocyanins, taken from commercially available tea, with caffeine. In this way, the efficiencies were increased for measurements with a solar simulator as well as with ambient light. In addition, the well-known pH dependence of the efficiency of DSSCs dyed with anthocyanins was shifted—while a pH value of 1–2 was ideal for pure anthocyanins used as dyes, a higher pH value of 2–3 was sufficient to reach the maximum efficiencies for caffeine-copigmented dyes. This means that instead of reducing the pH value by adding an acid, adding caffeine can also be used to increase the efficiency of DSSCs prepared with anthocyanins. Finally, a comparison of several literature sources dealing with anthocyanin-based DSSCs allows for evaluation of our results with respect to the work of other groups. View Full-Text
Keywords: caffeine; anthocyanin; copigmentation; dye; dye-sensitized solar cell (DSSC); photo-electrode caffeine; anthocyanin; copigmentation; dye; dye-sensitized solar cell (DSSC); photo-electrode
►▼ Show Figures 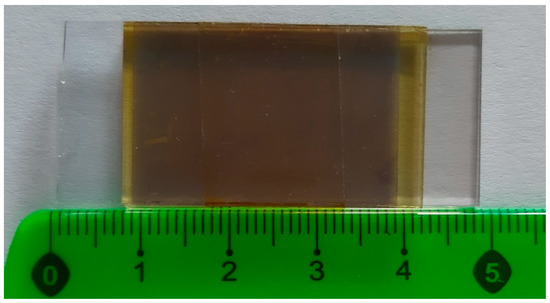