It is often assumed that aerogels are products of the latest technology. As a matter of fact, the first aerogels were prepared in 1931 by Steven S. Kistler [1,2]. After this discovery, new developments in aerogels science and technology occurred rapidly.
Carbon aerogels are a special class of nanostructured and highly porous aerogels that have been known for about 28 years, and were prepared for the first time by the American scientist Richard W. Pekala and his colleagues at Lawrence Livermore National Laboratory [3]. In contrast to the conventional porous carbon materials, carbon aerogels have a continuous network structure of interconnected nanosized primary particles [4]. Furthermore, these ultralight carbon materials exhibit extraordinary properties, including well-defined and controlled porosity, large surface area, chemical stability, and low electrical resistance, which make them desirable materials for a wide range of technological applications (e.g., thermal insulation [5,6,7], heavy metal or organic solvents absorption [8,9,10], energy storage [11,12,13,14], catalyst supports [15,16,17], and biomedicine [18,19,20]).
Generally, carbon aerogels are formed from the sol–gel polymerization of resorcinol and formaldehyde, followed by drying and subsequent pyrolysis at an elevated temperature in an inert atmosphere. The resorcinol-formaldehyde aerogels (RF) are produced in a way similar to silica aerogels. Resorcinol reacts quickly with formaldehyde to form numerous hydroxymethyl-substituted species. These species condense into surface of functionalized polymer “clusters” that crosslink to form a gel [21]. One major challenge in the preparation of aerogels is to eliminate the liquid solvent from the gel without collapsing the already existing nanoporous structure, thereby avoiding the subsequent shrinkage and cracking of the dried gel. Currently, to overcome these obstacles, supercritical drying process assisted by the use of supercritical fluids (usually CO2) is used [22]. In the literature, some reports on other drying techniques such as freeze drying [23] and traditional drying procedures under ambient pressure [24,25] can be found as well.
As already mentioned, the main source of carbon aerogels are resorcinol-formaldehyde aerogels; however, it was shown that part of the resorcinol used for the synthesis of the RF aerogel may be replaced by cresols [26]. The precursor of the organic aerogels may also include: melamine [27], isocyanate [28], polyvinyl chloride [29], phenol [30], furfural [31], and many other compounds. These synthetic materials are often toxic and expensive. That is why new alternatives are investigated. The use of natural polysaccharides and their derivatives is considered to be more appealing owing to their abundance, availability, renewability, stability, non-toxicity, and low cost [18,19,24,25]. Of particular interest is the use of starch that is common with a large variation depending on the botanical origin. It consists of two glucose polymers: amylose (linear polymer) and amylopectin (branched polymer). Starch separated from various plant materials include different amounts of amylose and amylopectin. The length of polysaccharides chain also varies depending on the botanical origin of the starch. These variables in the composition of starch affect its structure and properties [32]. Hence, it can be concluded, that they will also affect the properties arising from the synthesized carbon materials.
In this work, the impact of the botanical origin of natural starches on thermal, structural, and electrical characteristics as well as morphology of carbon aerogels, obtained at different temperatures, was determined.

Carbon aerogels (CAGs) based on different types of starch (potato, maize, and rice) were obtained by the carbonization of organic aerogels. Precursors of carbon aerogels were prepared via the sol–gel polycondensation process according to the procedure described in our previous paper [25]. Briefly, starches of potato, maize, and rice origins (Sigma-Aldrich, Saint Louis, MO, USA) were dispersed in water with appropriate dilution ratio (the concentration of the solutions for potato and rice starches was 10 wt %, for maize starch it was 15 wt %). Suspensions of starches were stirred and heated up to the gelatinization temperature. Subsequently, the solvent exchange by immersing the aqueous gels for 12 days in the ethanol (96%, Avantor Performance Materials - formerly POCH S.A., Gliwice, Poland) was carried out. Afterwards, the alcogels were dried under ambient pressure in air at 50 °C for 1 day. As-obtained organic aerogels (OAGs) based on potato (OAGPS), maize (OAGMS) and rice starch (OAGRS) were analyzed in the context of thermal decomposition and morphology characteristics. Starch aerogels were then pyrolysed under argon flow (purity 99.999%, 50 mL∙min−1, Air Products, Allentown, PA, USA) at 700 °C, 800 °C, and 900 °C for 6 h, which allowed carbon aerogels (so called CAGPS, CAGMS, CAGRS, consequently) to be obtained. At this point, it should be mentioned that the OAGs for carbonization were prepared as coarse powders and CAGs after the heat treatment remained in this form. However, for electrochemical application, the CAGs need to be ground into uniform fine powders, and the samples in this form are presented in the following paper. That is why the grinding of CAGs samples after pyrolysis was performed in an agate mortar for about 30 min for each sample.
The thermal decomposition of organic aerogels was studied by means of thermogravimetric analysis coupled with evolved gas analysis with infrared spectroscopy detection (EGA(FTIR)-TGA/DTA/DTG method). The experiments were carried out using SDT Q600 thermobalance (TA Instruments, New Castle, DE, USA) coupled with a Fourier transform infrared (FTIR) spectrometer (Nicolet 6700 FTIR, Thermo Fisher Scientific, Waltham, MA, USA) by FTIR-TGA interface (Thermo Fisher Scientific, Waltham, MA, USA). The measurements were performed in an inert gas flow (N2, 20 mL∙min−1) for samples with the weight of 20 mg placed in a corundum crucible, in the temperature range of 20–1000 °C and at a heating rate equal to 5 °C∙min−1. The 2D and 3D FTIR spectral maps of evolved gaseous products were recorded with resolution of 4 cm−1 collecting eight scans for each spectrum. The morphology of the materials was characterized using an FEI Versa 3D (FEG—Field Emission Gun) scanning electron microscope (FEI Company, Hillsboro, OR, USA). The crystal structure of the carbon aerogels was characterized by powder X-ray diffraction (XRD) using BRUKER D2 PHASER (Billerica, MA, USA). The Cu Kα radiation ( in the range of 10–60° (2θ) with a step of 0.02° was used. To determine the amount (a weight percent) of carbon, hydrogen, and nitrogen elements in the obtained carbon compounds, the elemental analysis (CHN analysis) was conducted using micro analyzer vario MICRO cube coupled with microbalance (Elementar, Langenselbold, Germany). Before the CHN determination, the CAG samples were dried in vacuum oven under 80 mbar for 3 h at 80 °C. The evaluation of chemical composition was performed with an accuracy of 0.3%. The electrical conductivity (EC) studies were carried out using semi-4-probe method with 1 mA alternating current (at a fixed frequency of 33 Hz) within temperature range from −20 to +40 °C by means of state of the art Sigma1 apparatus. The powder samples (with a thickness of about 2.5 mm) were placed in a glass tube between the parallel flat and gold circular electrodes (with 5 mm in diameter) and pressed by an electrode piston until the measured resistance of the samples remained constant and appropriate electrical contact was assured. Porous features of the resulting samples were evaluated from N2 sorption at −196 °C measured with 3Flex v1.00 automated gas adsorption system (Micromeritics, Norcross, GA, USA). Before the analysis, the samples were degassed under vacuum at 350 °C for 24 h. The specific surface area (SBET) was determined by the single point surface area at .

The facile fabrication method of carbon aerogels in which alcogels were dried under ambient pressure in air atmosphere was presented. Using this method, carbon aerogels from three different starches (potato, maize, and rice) were obtained at different temperatures (700 °C, 800 °C, 900 °C). The complete analysis of the carbonization process of different starch aerogels performed using EGA(FTIR)-TGA showed great similarities in carbonization processes for studied starches. Despite the similarity in the pyrolysis processes, the obtained carbon aerogels feature different morphology and electrical conductivity. Low-temperature carbons (up to 800 °C) derived from maize precursor showed the highest specific surface areas, but for carbonization conducted at higher temperature, the largest surface development is observed for aerogels from rice precursor. The shape of the nitrogen sorption isotherms proved practically a purely microporous character of the samples. The electrical conductivity measurements suggest that carbon aerogels with the best electrical properties can be obtained from potato starch. All things considered, the obtained carbon materials—due to their developed surface area and high electrical conductivity—represent very attractive materials for electrochemical applications, especially for the energy storage systems.

This work was financially supported by National Science Centre–Poland, under research grant No. 2015/19/B/ST8/01077. 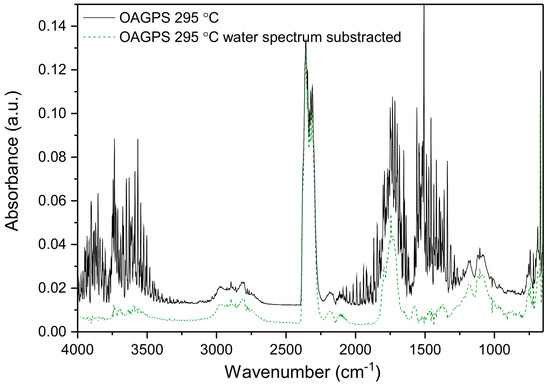 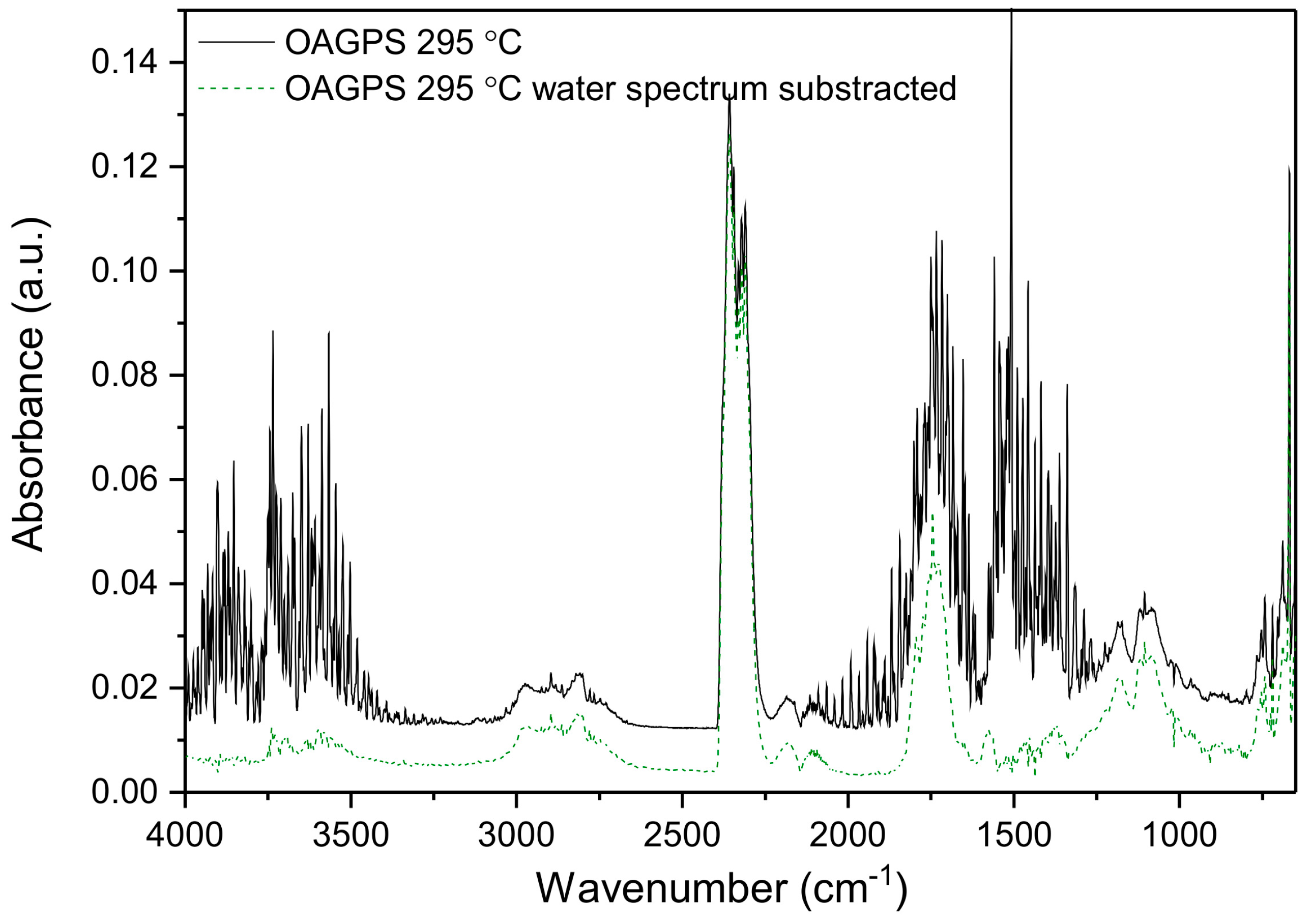 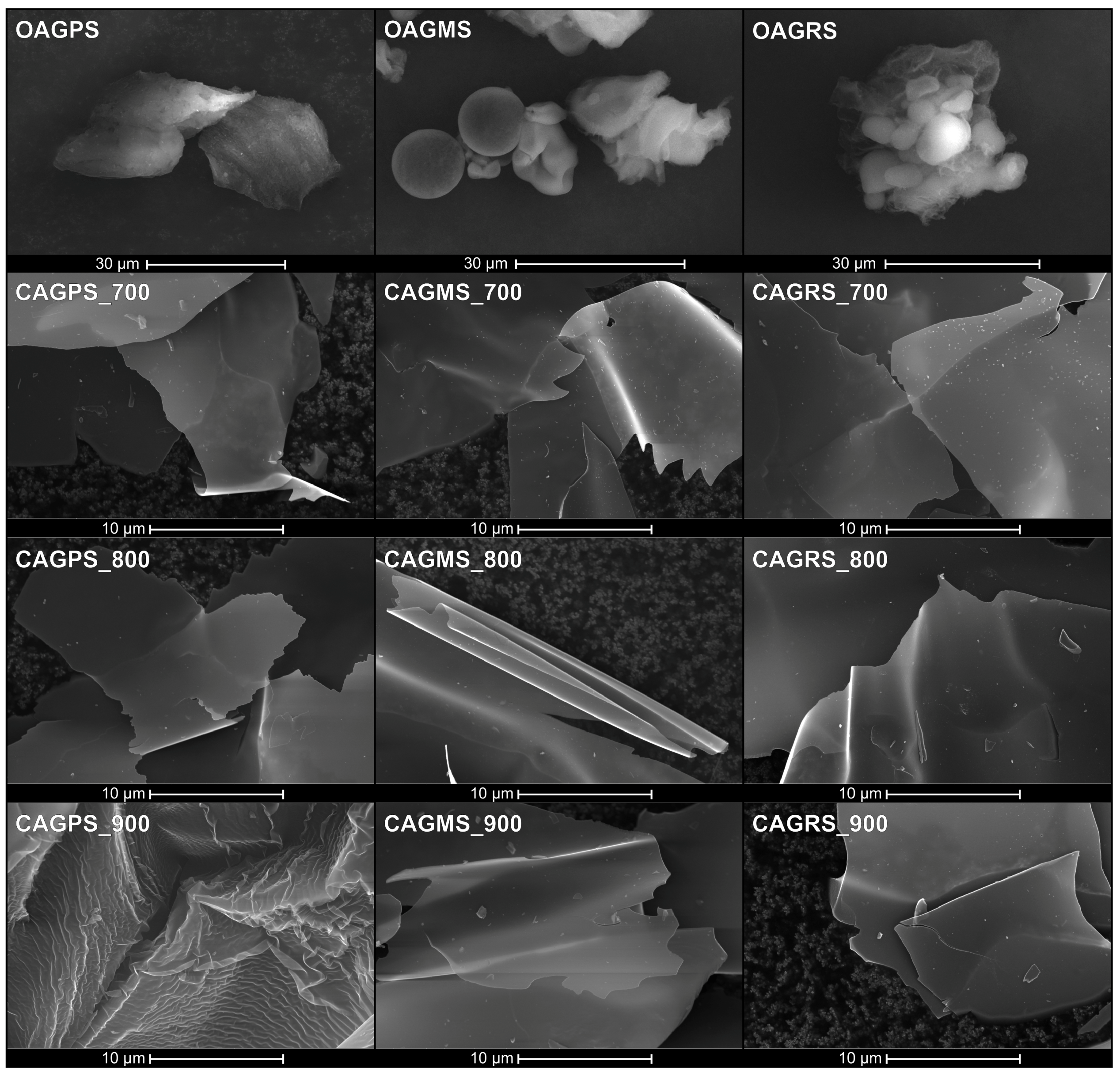 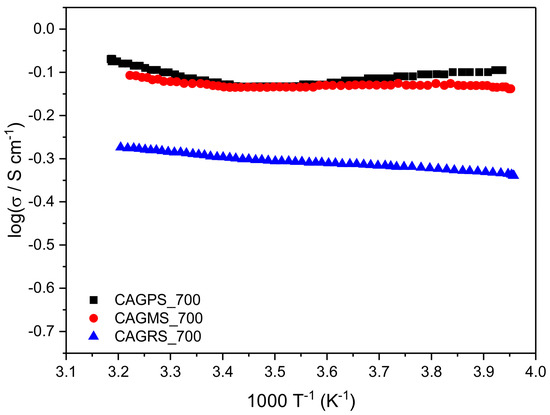 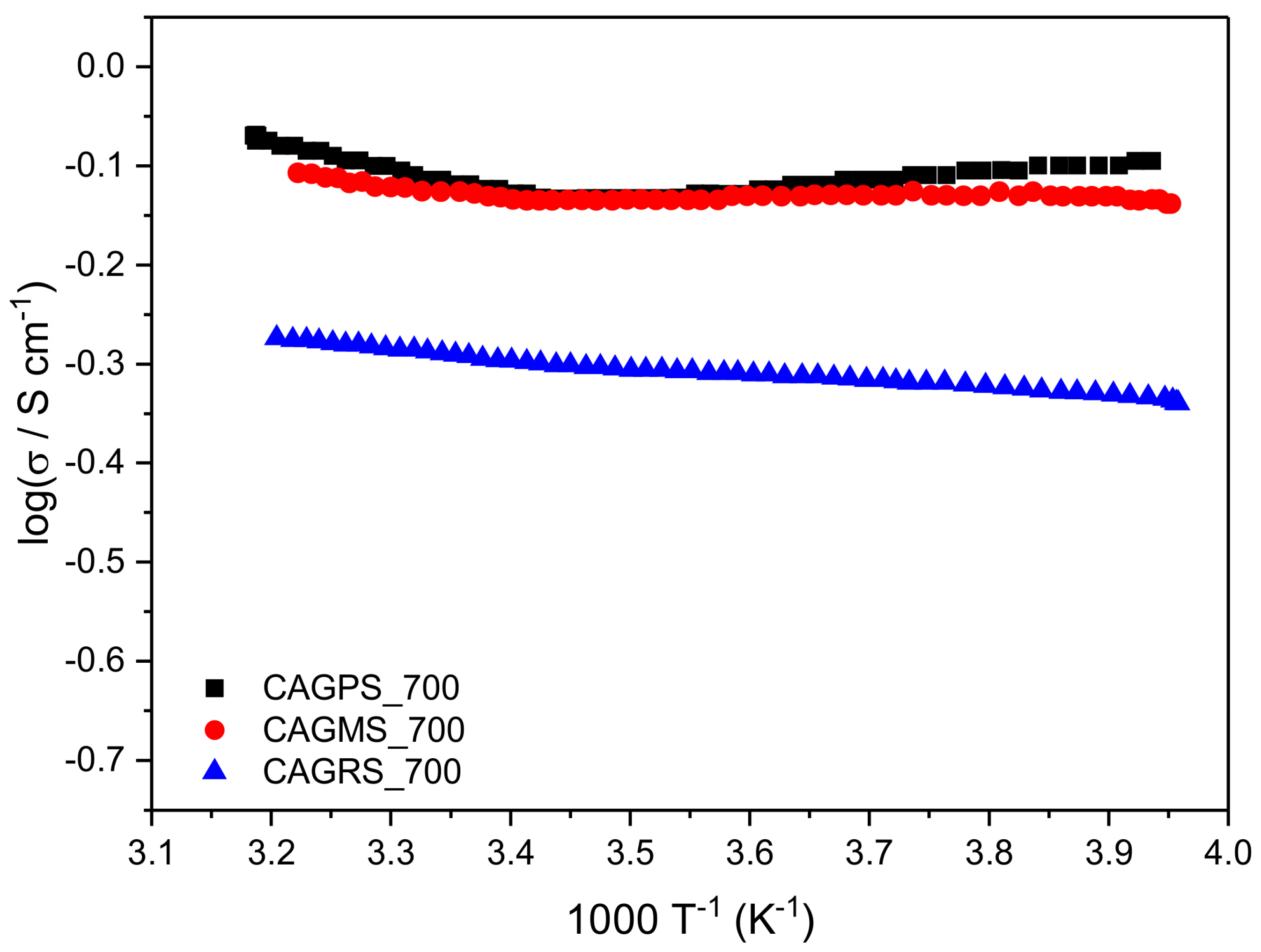 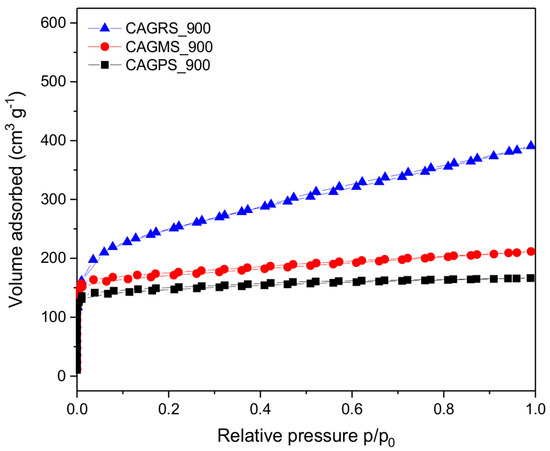 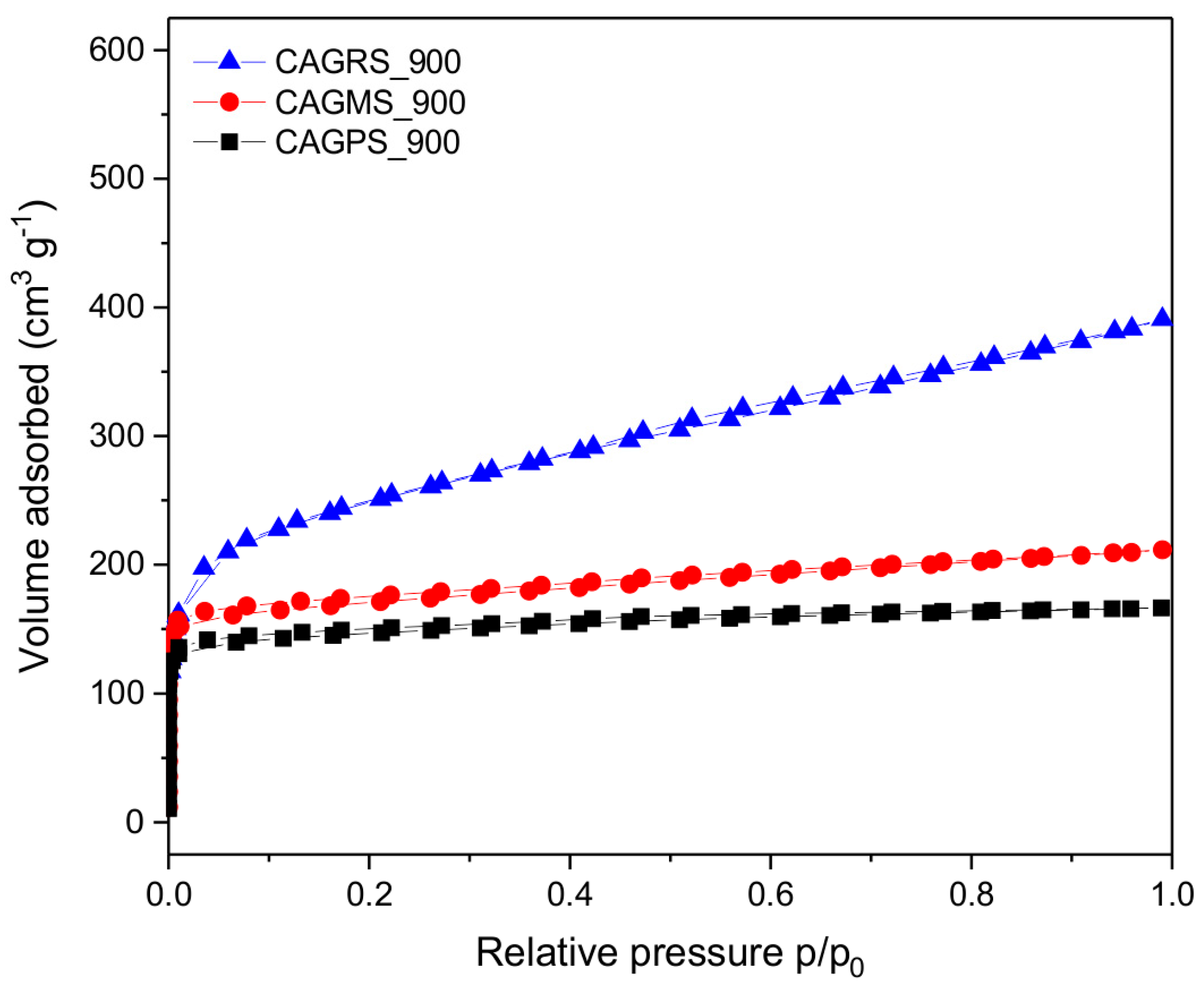