Article
Operational Aspects of Electric Vehicles from Car-Sharing Systems
by

Car-sharing is one of the modern, sustainable mobility forms. These kinds of systems include services that are based on the principles of short-term rental for vehicles. The idea of car-sharing is to limit the number of vehicles in cities and to reduce society’s need to own a car [22].
Initially, the systems were based on the possibility of renting a vehicle and returning it in the exact same place (round-trip system) [8,9]. Subsequently, the rules evaded the possibility of leaving the vehicle in different places accepted by the operator (based system) [23,24]. Finally, the option of freely renting and returning cars within the area of functioning of a given system operator has been introduced (free-floating system) [25,26]. Currently, the most commonly used form of car-sharing is the free-floating model.
The first car-sharing system was established on the market in 1948 [27]. However, the main development of car-sharing systems began after 2006 [28]. In 2008, in Europe, car-sharing was created by automotive potentates like the Daimler or BMW concerns [29]. Due to the high interest in systems in 2009, there were already 14 operators offering car-sharing services on the market [29]. In the following years, systems gained popularity. In 2006–2014, they existed in countries such as Austria, Belgium, the Czech Republic, Denmark, Finland, France, Germany, Greece, Hungary, Ireland, Italy, the Netherlands, Norway, Portugal, Russia, Spain, Sweden, Switzerland, Turkey, and the United Kingdom [30]. At that time, Europe represented 46% of the entire car-sharing industry in the world—in October 2016, car-sharing operated on all continents, except Antarctica [30]. The years 2017 and 2018 brought more crowds of users interested in car-sharing [31,32]. Detailed data on the increase in the number of vehicles and users of car-sharing systems in Europe are presented in Figure 1. Forecasts indicate that in 2020 there will be over 16 million registered users of car-sharing systems in Europe [28].
Significant progress in the field of sustainable development policy and directing it towards electro-mobility has led to a growing interest in expanding the fleets of car-sharing operators’ vehicles with electric cars. The results show that electric car-sharing systems operate in 29 European countries. The development of e-car-sharing systems in Europe from 2008 to 2018 is presented in Figure 2.
Due to the growing development of electric car-sharing services, the system’s operators began to report problems with their functioning. One of the problems is too much energy consumption by users of the system. According to the predictions, that kind of systems will develop very quickly. In the future, that development can cause the situation of insufficient number of charging stations in operators’ systems. Because of that fact, the authors found that it is important to make the research, to meet the factors that can cause too much energy consumption in car-sharing systems.

3.1. Purpose and Description of the Experiment

Due to the occurrence of a research gap related to the lack of reliable scientific information regarding the real consumption of electricity by vehicles used in car-sharing systems, the authors attempted to determine these values based on the proposed author’s research experiment. The purpose of this experiment was to demonstrate the impact of selected operational parameters on the vehicle’s electricity consumption from the point of view of vehicles used in car-sharing systems. Based on a literature review, experience with electric vehicles, and postulates from car-sharing system operators, a plan for this experiment was developed.
Below is the theoretical part related to performing the experiment, followed by a detailed research plan.
The selection of the correct and proper plan of a research experiment is one of the most important decisions that must be made when starting experimental research. At least two basic premises influence the right choice [61]:
Experimental studies and calculations were made according to a statistically determined poly-selective experiment plan. This is one of the most common experimental plans for conducting experiments in technology. The development of the plan consists in determining the dependence of input values, their location relative to the base point—central, zero. There are two types of Hartley’s plan types depending on their structure: based on a hypercula or hypercube. The experimental plans developed for the three input factors are based on the hypercube for which the coefficient α = 1. For plans based on the hypercula, α = 1.732 [62,63,64]. The experiment plan for three input factors is presented in Table 1.
In Table 1, the values 0,1, α specify the maximum variability of a given factor, where 0 = base value, α (for the hypercube plan α = 1) the maximum value of the factor variability. In the created plan of the experiment, the mathematical model is a second-degree polynomial whose general formula [63] is (1): where:
Based on the analysis of the significance of bi coefficients carried out using the Student’s t test, the coefficients deemed to be insignificant were rejected at a significance level of 0.05.
Based on the above Hartley’s plan, a detailed research plan for an electric car was proposed. The detailed plan is presented in the next subsection.

3.2. Details for the Author’s Research Experiment on Electric Vehicles from Car-Sharing Systems and Used Methods

The detailed author’s research plan based on research of the electric vehicle from the car-sharing system is shown in the next six steps.
Based on the conducted tests and their results, the values of electricity consumption were obtained depending on the input parameters given in the Hartley’s plan presented in the last chapter. The values were saved in the form of mathematical equations. Table 2 presents the plan of the experiment supplemented with input values on a real scale.

In conclusion, the results of the research show that users of car-sharing systems using electric vehicles often do not pay attention to the energy consumption of cars. As a result, energy consumption is much higher than in the vehicle specification provided by the manufacturer. This type of procedure exposes car-sharing system operators to higher costs associated with charging the vehicle fleet battery. In addition, more frequent charging negatively impacts the environment through excessive power consumption. It is also worth mentioning that frequently charged vehicle batteries are subject to faster wear, and thus become another poisonous element for the environment. Therefore, the authors propose the following recommendations for operators of car-sharing electrical systems:
Research shows that it is important to perform similar tests on other types of vehicles used in electric car-sharing systems to get a full picture of energy consumption in fleets. This way, it is possible to focus on the appropriate modeling to optimize energy consumption. In subsequent studies, the authors plan to expand the proposed research experiment with a greater number of journeys, the use of other vehicles, including hybrid cars, and considering the issue of vehicle charging.

K.T. discovered a problem in electric car-sharing systems, performed the analyses, and proposed a research scheme. A.K. conducted the experiments and analyzed the experimental results. F.C. provided guidance and key suggestions for this study. 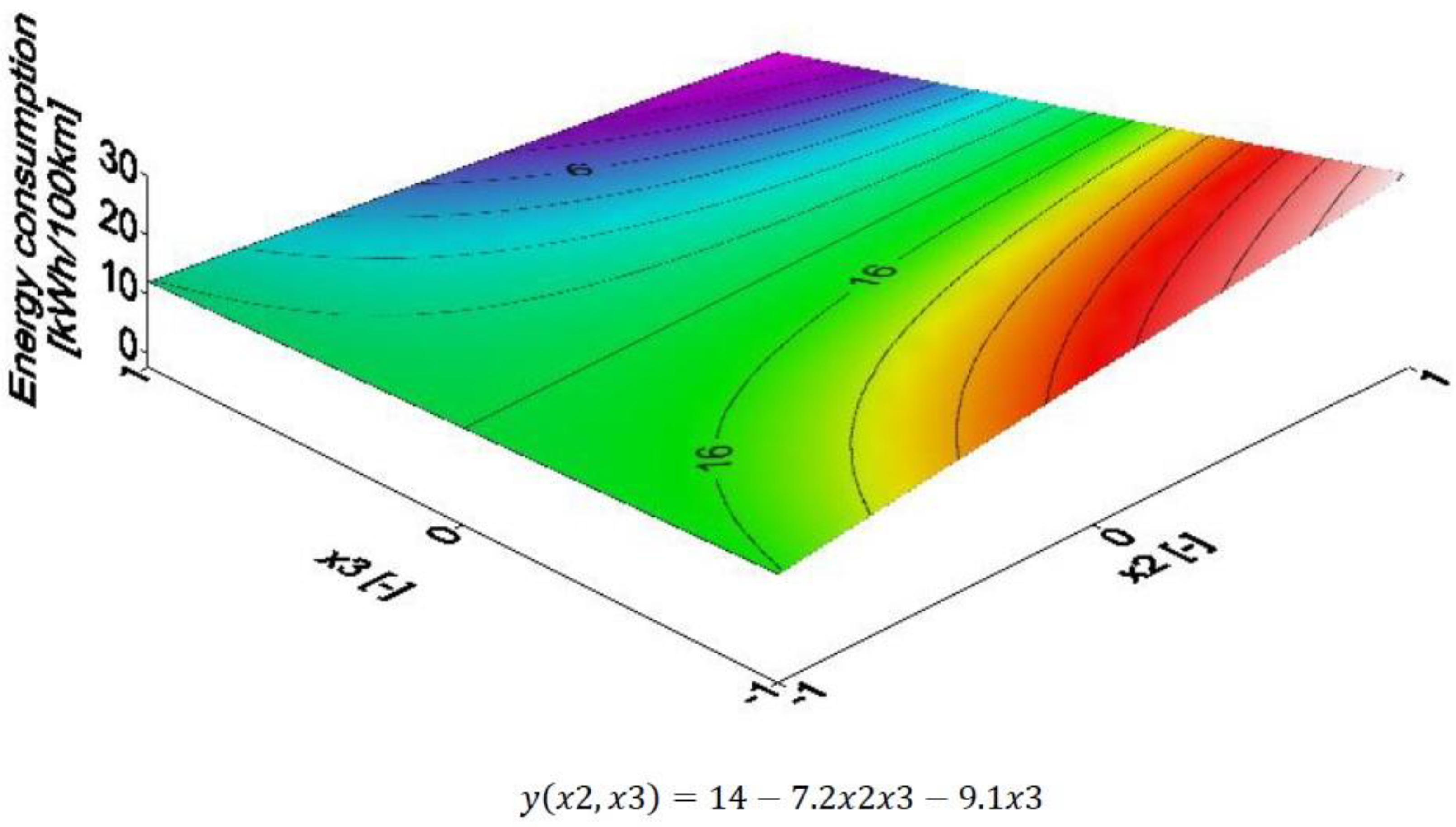 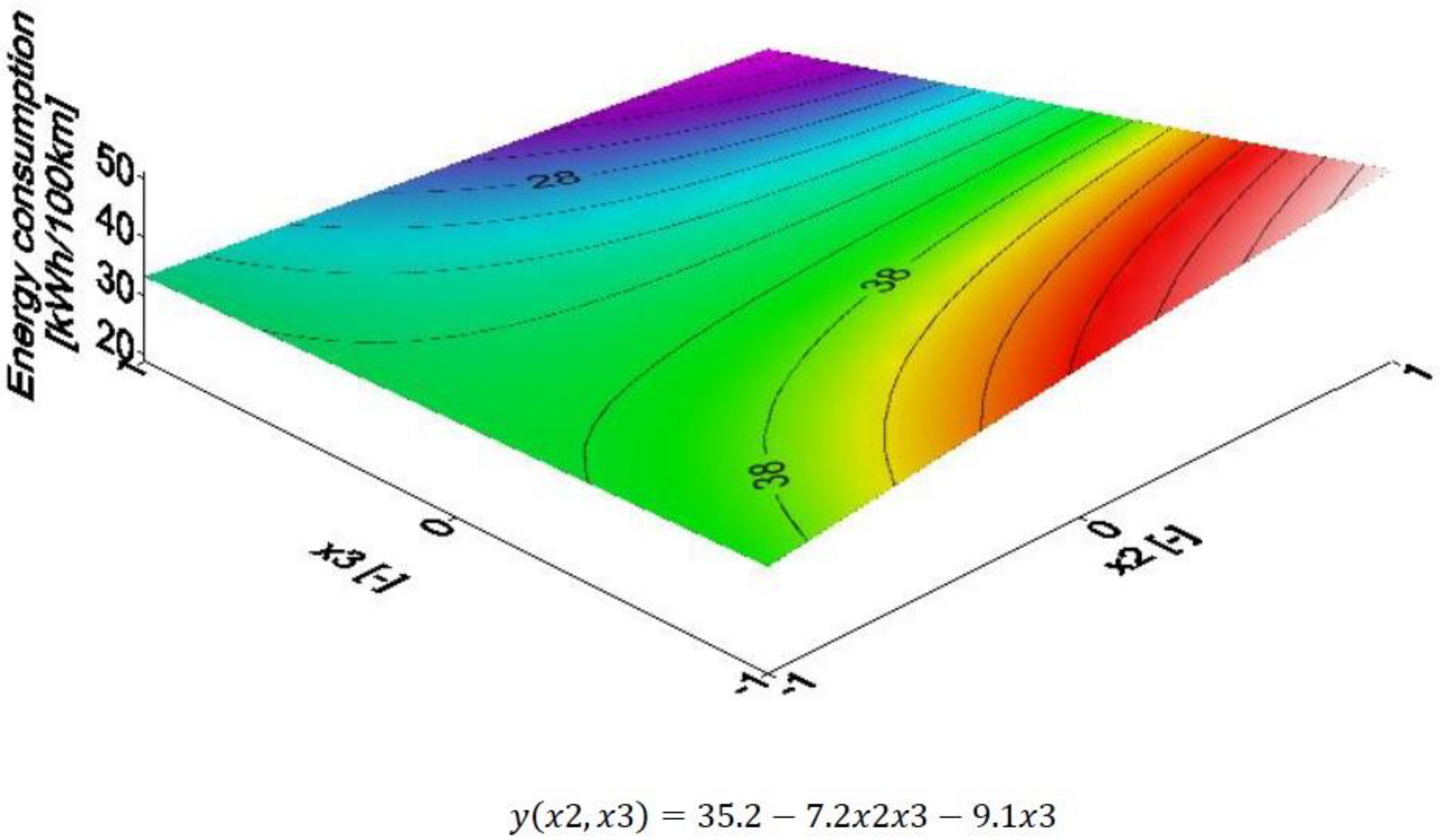 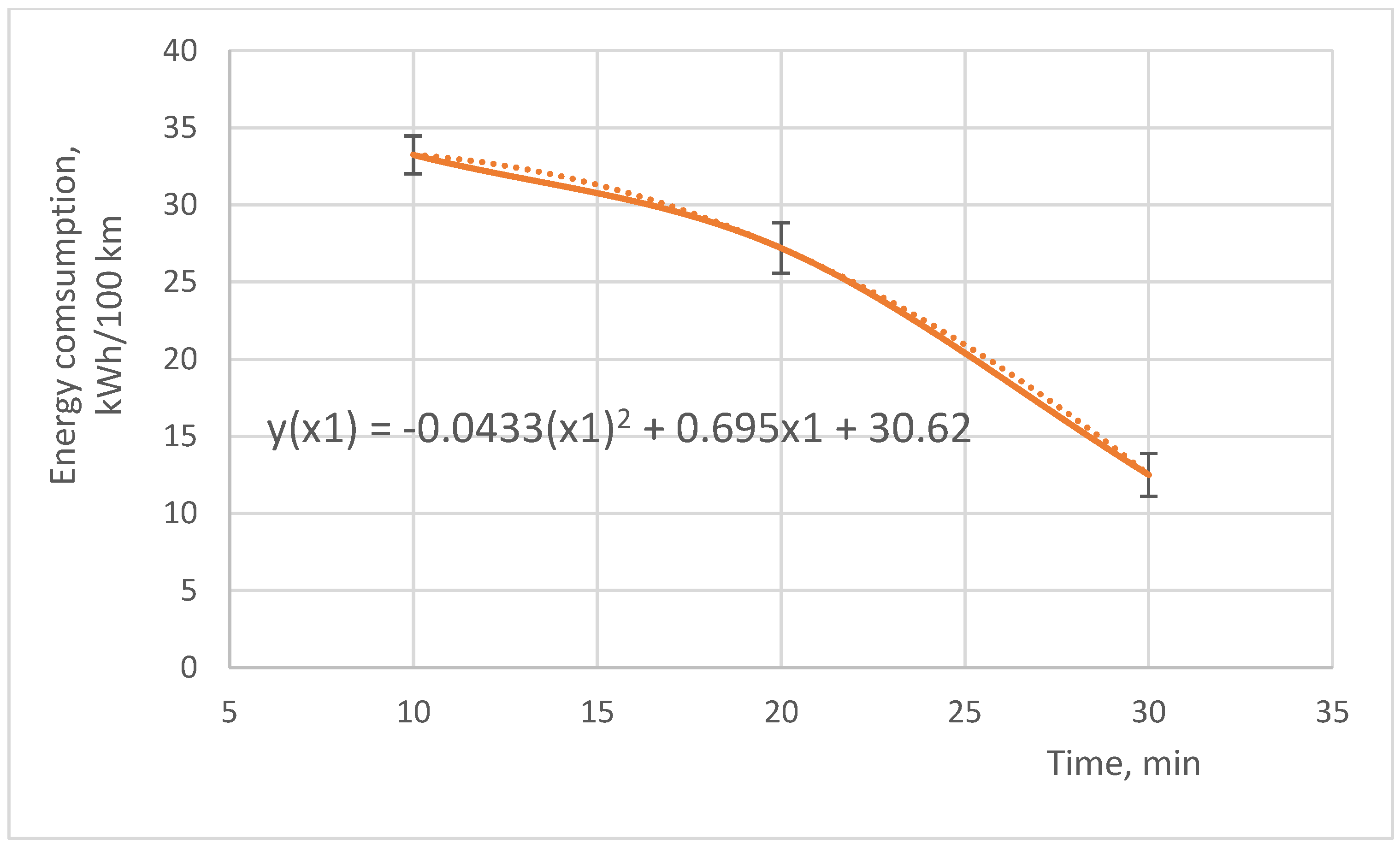 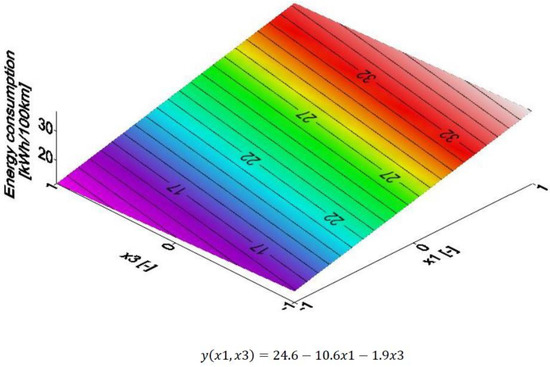 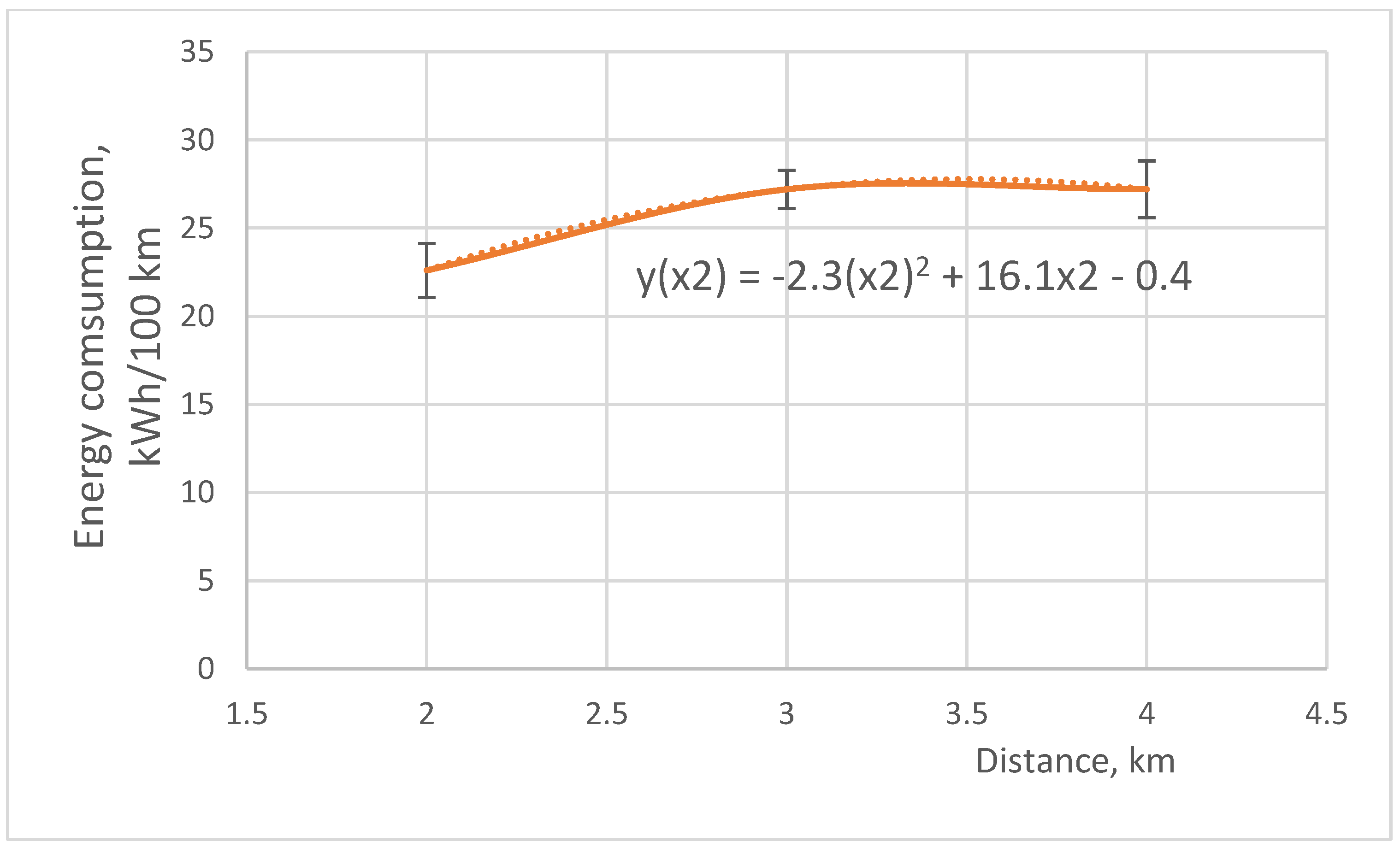 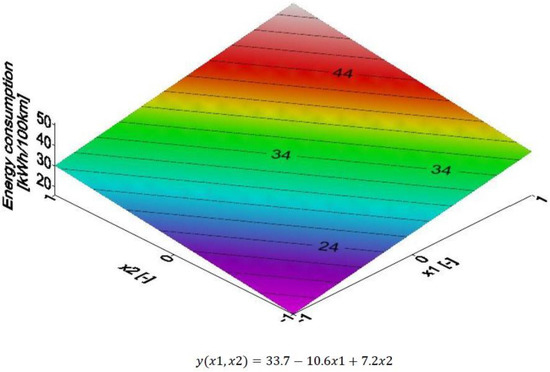 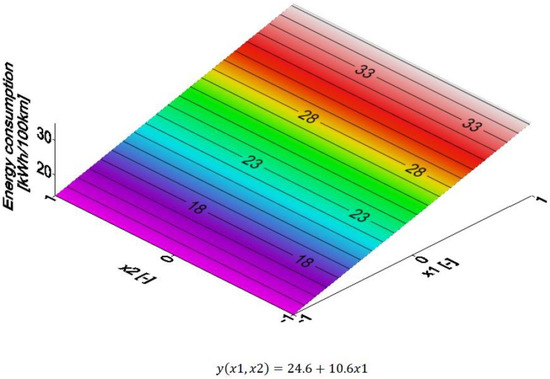 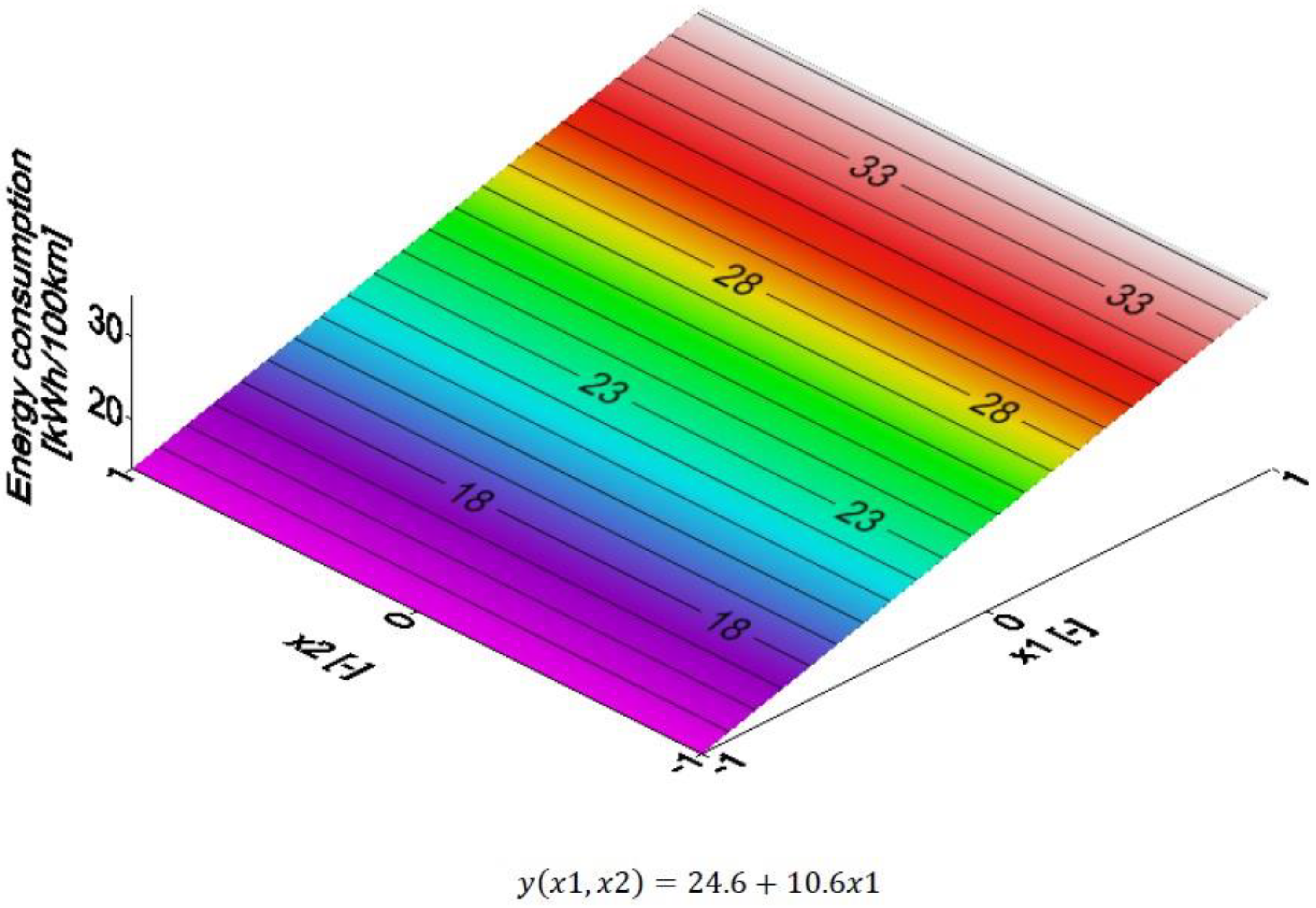 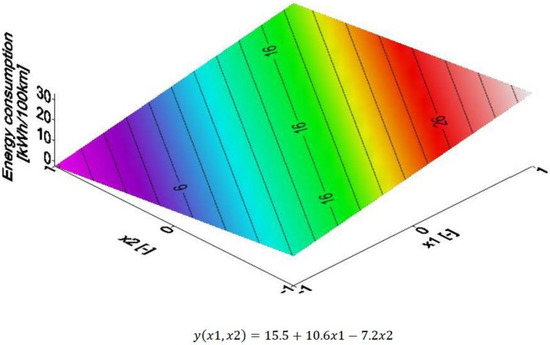