Technologies influencing alternative means of transportation have been expanding in recent years due to increasing urbanization and motorization. In this paper, a solar powered electric auto-rickshaw (SPEA) is designed and developed for Indian conditions. The vehicle developed is comprehensively analyzed techno-economically for its viability in the Indian market. The performance analysis of SPEA results in an optimal charging rate of 2 kWh per day with an average solar irradiance of 325 W/m2 on a typical sunny day. The discharging characteristics are studied based on different loading conditions. The vehicle achieved a maximum speed of 21.69 km/h with battery discharge rate of 296 W at 90 kg load and also reached a maximum discharge rate of 540 W at 390 kg loading with a maximum speed of 12.11 km/h. Environmental analysis of SPEA indicated that the yearly CO2 emissions of 1777 kg, 1987 kg and 1938 kg from using Compressed Natural Gas, Liquefied Petroleum Gas and gasoline engines respectively can be mitigated using SPEA. The financial analysis of SPEA concluded that the investor’s payback duration is 24.44% less compared to a gasoline-run vehicle. Socio-Economic analysis of SPEA discussed its significant advantages and showed 15.74% and 0.85% increase in yearly income over gasoline driven and battery driven vehicles. View Full-Text
Keywords: electric vehicle; solar power; techno-economic analysis; carbon emission mitigation; India electric vehicle; solar power; techno-economic analysis; carbon emission mitigation; India
►▼ Show Figures 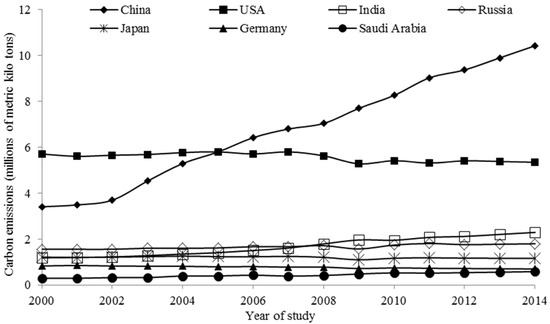