Can Low-Level Exposure to Radiofrequency Fields Effect Cognitive Behaviour in Laboratory Animals? A Systematic Review of the Literature Related to Spatial Learning and Place Memory
Next Article in Special Issue

Consumers’ Willingness to Pay for Organic Foods in China: Bibliometric Review for an Emerging Literature
Previous Article in Journal

Article
Climate Change and Consumer’s Attitude toward Insect Food
by

:
Given the influence of rising environmental awareness, food systems and security are receiving increasing international attention. Previous studies have discussed the acceptance of insect foods but have been primarily conducted in a European context. Hence, their results cannot be applied to Taiwanese consumers. Regarding this, our study is centered on the theory of planned behavior and considers environmental concern and food neophobia to discuss the effects of consumer attitudes, subjective norms, and perceived behavioral control on the purchase intention toward insect food. We used purposive sampling to survey questionnaire answers face-to-face in Taichung city, Taiwan. We distributed 408 surveys of which 77.45% were used in this study. The results revealed that consumer attitudes, perceived behavioral control, and food neophobia significantly influence purchase intention, whereas subjective norms and environmental concern did not demonstrate significant relationships with purchase intention. According to these results, we suggest that businesses emphasize consumers’ product experience or reduce levels of food neophobia to increase consumer interest in insect foods and improve the acceptability of such foods, thereby increasing purchase intention.
Keywords:
vulnerability of food systems; food neophobia; environmental concern; global environmental change; behavior change

This study is centered on the TPB and includes two variables—environmental concern and food neophobia. It investigates Taiwanese consumer knowledge of, and attitudes toward, insect foods, and forecasts consumer purchase intention. The research framework of this study is shown in Figure 1.

Ajzen [23] believes that attitude is a product of an individual’s behavioral beliefs and outcome evaluations [61]. Studies have shown that consumer attitudes toward organic foods [62], green foods [63], and green products [26,64,65,66] affect purchase intention. Furthermore, Asif, Xuhui, Nasiri, and Ayyub [67] observed that attitude and health consciousness may more accurately forecast purchase intention toward organic products. As such, this study postulates that consumer attitudes toward insect foods will influence their purchase decisions. On this basis, we propose hypothesis 1:
Hypothesis 1 (H1).
Consumer attitude has a significant and positive influence on purchase intention toward insect foods.

Ajzen [23] argued that subjective norms are social pressures (e.g., opinions of relatives, close friends, or colleagues) that influence decision making and whether to take action [68,69]. Additionally, Scalco et al.’s [62] study showed that subjective norms significantly influence purchase intention toward organic foods. On the other hand, this study speculates that consumers are influenced by their relatives and friends when making decisions regarding whether to purchase insect foods. On this basis, hypothesis 2 is proposed:
Hypothesis 2 (H2).
Consumers’ subjective norms positively and significantly influence their purchase intention toward insect foods.

Ajzen [24] argued that perceived behavioral control is the ease or difficulty with which individuals perceive the accomplishment of a certain behavior. This control is affected by external factors, which influence these behaviors, meaning that individuals may be subject to obstacles from past experiences and expectations, including their understanding of their own abilities (ability), urgent needs (resources), and convenience (opportunity). Yadav and Pathak [70] observed that perceived behavioral control significantly influences consumers’ purchase intentions with regard to organic foods. With this, we propose hypothesis 3:
Hypothesis 3 (H3).
Consumers’ perceived behavioral control positively and significantly influences their purchase intention toward insect foods.

The questionnaire design of this study comprises six sections and is presented in Appendix A. Sections one to three deal with the scale for the TPB. In these sections, questions related to attitude and subjective norms refer to the study by Menozzi et al. [30] and investigate the perception of consumers toward the consumption of insect food products using three questions, and whether consumers are influenced by reference objects and purchase insect food as a result using another three questions. Next, the questionnaire addresses perceived behavioral control, referring to the studies by Ajzen [23] and Menozzi et al. [30] to investigate the ease with which consumers purchase insect foods. This section includes four items, with a total of ten questions. The fourth section addresses consumers’ environmental concern, referring to the research by Dunlap and Van Liere [78] to establish a scale for environmental concern and investigate consumer perceptions and attitudes toward the environment. The fifth section addresses consumer food neophobia with regard to insect foods and applies a scale developed by consulting the work of Pliner and Hobden [31], Siegrist et al. [41], and Jaeger et al. [42]. It includes six questions that measure respondents’ individual levels of food neophobia. The sixth section addresses consumer willingness to purchase insect foods. The studies by Chen and Cheng [82], Chen et al. [83], and Singh and Verma [84] were consulted to develop a scale for purchase intention and determine the likelihood that consumers will purchase insect foods. In lists 1–6 (Appendix A), a 7-point Likert scale is used, allowing respondents to provide ratings ranging from “strongly disagree” (1) to “strongly agree” (7). The seventh section addresses basic information about respondents, including their gender, profession, education level, and average monthly income.

This study adopted structural equation modeling (SEM) to examine the structural relationship between attitude, subjective norm, perceived behavioral control, environmental concern, food neophobia and purchase intention, and model fit. The SEM is an effective model test and improvement method that enables theoretical models to be tested and can explain the causal relationships among the variables in hypotheses which are related to the models based on statistical dependence. The analysis used the SPSS version 21.0 statistical software package (IBM Corp.: New York, NY, USA) and Amos version 21.0 (IBM Corp.: New York, NY, USA).

The results of this study reveal that for consumers, attitude, perceived behavioral control, and food neophobia have significant effects on their purchase intention. Scholars have identified that when consumers have positive feelings about their experiences, their attitudes toward products are more positive [22,98,99]. Therefore, this study shows that edible insect companies can enhance consumer knowledge and experience of edible insect products. For foods that consumers are not familiar with or that they have never eaten before, or edible insect foods that they are afraid of trying, edible insect companies can educate consumers about edible insects, as well as edible insects with high protein and nutrients. Consumers can also reduce fear or uncertainty about eating edible insect products through product experience. Furthermore, edible insects can be considered as sustainable food because insects are simply far less demanding than beef, e.g., 7 times less feed, 50 times less water, and 100 times fewer greenhouse gases [100]. The cultivation of edible insects can reduce the environmental burden and contribute to environmental protection more than the conservation of traditional livestock [101]. In addition, edible insect products are also sold in other countries. For example, the French company Micronutris sells the cricket sigillatus, tablette-tenebrio’s chocolate, and aldente-aenebrio pasta and crackers [102], and the Fazer chain bakery are going to start selling ‘insect bread’ and offer a product called Fazer Cricket Bread [103], and so on. Fazer is one of the largest corporations in the Finnish food industry. Edible insect companies can cook insect foods in a familiar cooking style [13] or introduce insect foods into common products [90]. These methods can increase consumer interest and acceptability of insect foods, thereby increasing the intention to purchase.

5.2. Limitations of the Research and Future Research

In the context of global appeals for environmental issues, modern consumers are attentive to environmental, ecological, and sustainable development topics. However, insect foods are environmentally friendly and sustainable products, like organic foods and green products, and although relevant magazine articles have reported this fact, this has yet to be widely accepted by consumers. As such, it is recommended that future studies compare consumer attitudes towards different environmentally friendly products (e.g., organic foods and insect foods), including environmental awareness, behaviors, and values, and compare the variation among consumer knowledge. Additionally, it is recommended that future studies analyze the knowledge and perspectives of consumers belonging to various age groups or different cultural backgrounds (e.g., Thai and Indian consumers). One of the study’s main limitations is the use of a purposive sampling technique, which does not allow the findings to be generalized to the overall population of the customers’ attitudes toward insect food in Taiwan. Future research could also investigate the effect of other customer-related constructs, such as living in different regions, between urban and non-urban responses. In addition, the cost of purchasing insect foods is another future research limitation.

The insect foods discussed in this study are foods that have insect ingredients on the market and can be presented in any form. For example: cricket biscuits, cricket bread, fried insects (such as grasshoppers, pupae, meal-worms) and so on.

(1)
Space and resources on the Earth are limited.
(2)
Humans must strive for harmonic coexistence with nature for survival.
(3)
Humans have overly exploited nature.
(4)
The balance of nature is delicate and fragile.

(1)
I dare to try new and different foods.
(2)
Insect food looks too strange.
(3)
I like food from different countries.
(4)
I will try insect food on specific occasions.
(5)
I will be afraid to eat food that I have never eaten before.
(6)
I will eat almost all types of food. 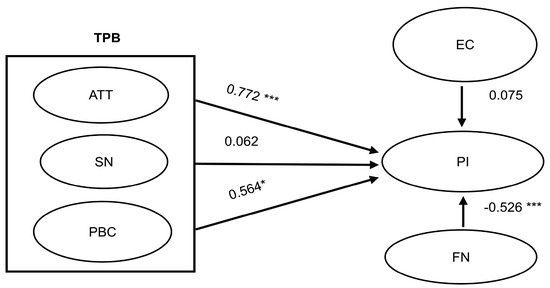 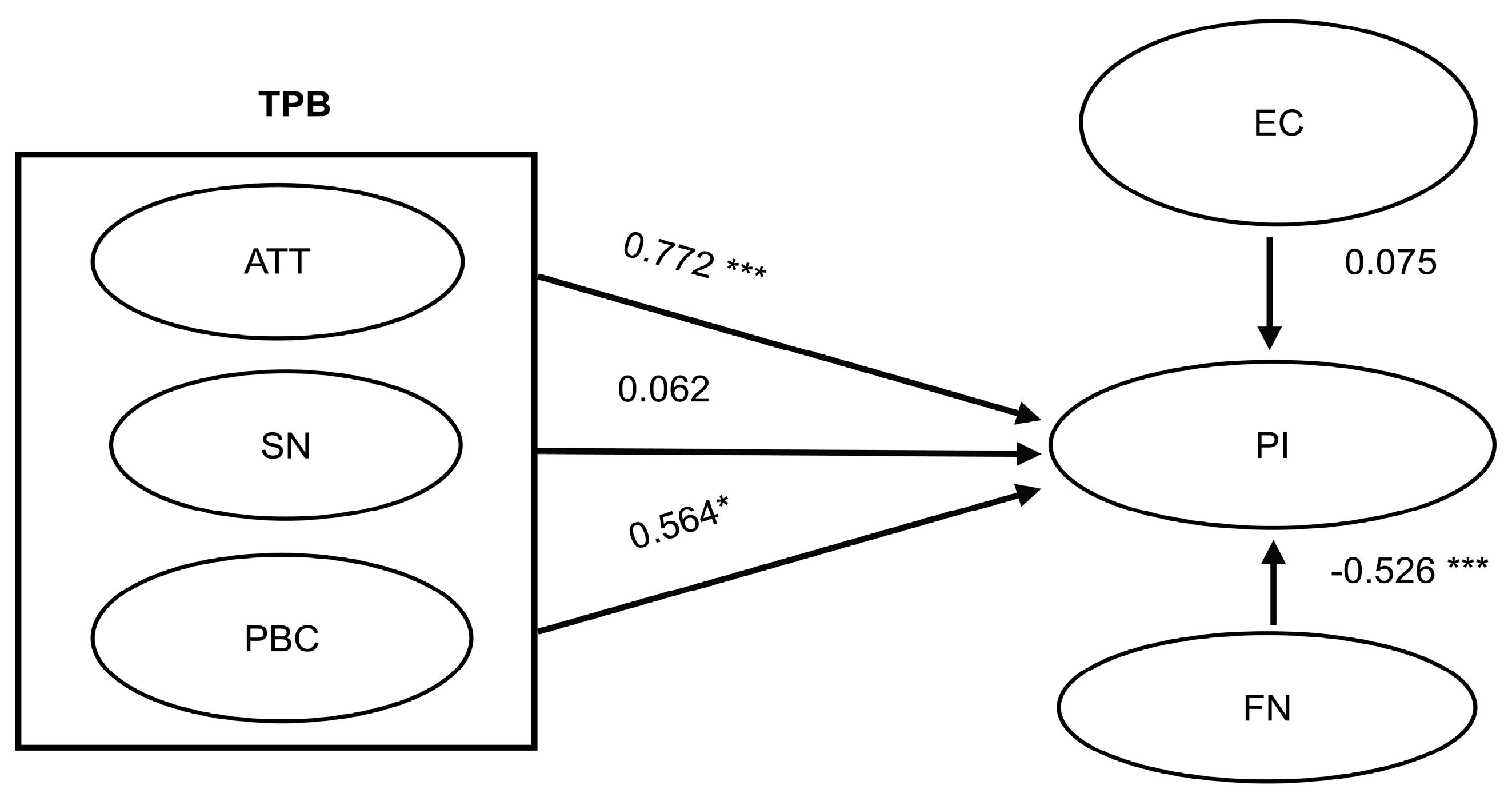 Table 4. Summary of hypothesis verification.
Table 4. Summary of hypothesis verification.
© 2019 by the authors. Licensee MDPI, Basel, Switzerland. This article is an open access article distributed under the terms and conditions of the Creative Commons Attribution (CC BY) license (http://creativecommons.org/licenses/by/4.0/).
We use cookies on our website to ensure you get the best experience. Read more about our cookies here.
Accept
We have just recently launched a new version of our website. Help us to further improve by taking part in this short 5 minute survey here. here.
Never show this again