In this study, we report the first finding of the non-indigenous seaweed Caulacanthus okamurae (Rhodophyta) in the Ionian and Adriatic Seas (Mediterranean). Specimens were identified through molecular analyses based on the plastid ribulose-1,5-bisphosphate carboxylase/oxygenase (rbcL) marker. The sequences obtained during this study represent the first molecular evidence of the presence of this taxon in the Mediterranean Sea. Stable populations have been detected in some areas of the Mar Piccolo of Taranto (Italy) and in the whole lagoon of Venice, forming dense patches of low turf that reach high biomasses. Turf-forming algae are common in the intertidal zones of tropical regions, but are rare in temperate ones. The particular environmental conditions of transitional water systems, such as the Mar Piccolo of Taranto and the Venice Lagoon, together with the water temperature increase observed in the last years could have favored the settlement and spread of this introduced species. View Full-Text
Keywords: Caulacanthus okamurae; Mediterranean Sea; non-indigenous species; rbcL; transitional water systems Caulacanthus okamurae; Mediterranean Sea; non-indigenous species; rbcL; transitional water systems
►▼ Show Figures 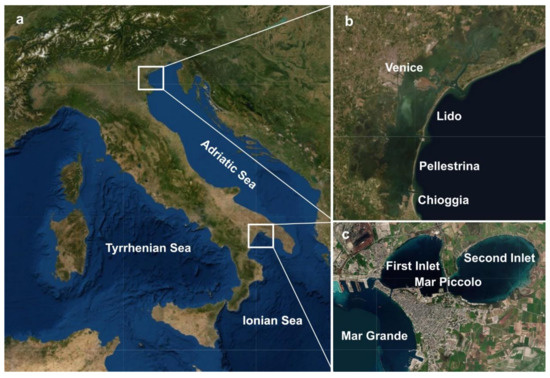