Genetic Diversity and Population Structure of Bermudagrass [Cynodon dactylon (L.) Pers.] along Latitudinal Gradients and the Relationship with Polyploidy Level

We investigated the plankton community composition and abundance in the urban marine environment of Thessaloniki Bay. We collected water samples weekly from March 2017 to February 2018 at the coastal front of Thessaloniki city center and monthly samples from three other inshore sites along the urban front of the bay. During the study period, conspicuous and successive phytoplankton blooms, dominated by known mucilage-producing diatoms alternated with red tide events formed by the dinoflagellates Noctiluca scintillans and Spatulodinium pseudonoctiluca, and an extensive mucilage aggregate phenomenon, which appeared in late June 2017. At least 11 known harmful algae were identified throughout the study, with the increase in the abundance of the known harmful dinoflagellate Dinophysis cf. acuminata occurring in October and November 2017. Finally, a red tide caused by the photosynthetic ciliate Mesodinium rubrum on December 2017 was conspicuous throughout the sampling sites. The above-mentioned harmful blooms and red tides were linked to high nutrient concentrations and eutrophication. This paper provides an overview of eutrophication impacts on the response of the unicellular eukaryotic plankton organisms and their impact on water quality and ecosystem services. View Full-Text
Keywords: nutrients; HABs; mucilaginous aggregates; Noctiluca scintillans; Dinophysis; Mesodinium rubrum nutrients; HABs; mucilaginous aggregates; Noctiluca scintillans; Dinophysis; Mesodinium rubrum
►▼ Show Figures 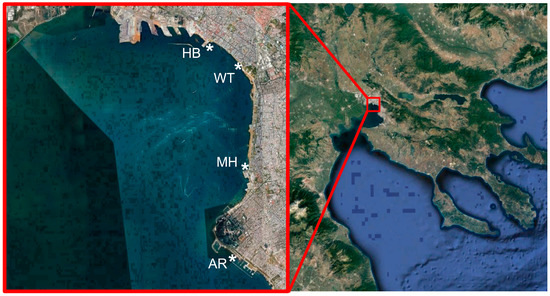