Genetic Diversity and Population Structure of Bermudagrass [Cynodon dactylon (L.) Pers.] along Latitudinal Gradients and the Relationship with Polyploidy Level

Understanding the population genetic pattern and process of gene flow requires a detailed knowledge of how landscape characteristics structure populations. Although Cynodon dactylon (L.) Pers. (common bermudagrass) is widely distributed in the world, information on its genetic pattern and population structure along latitudinal gradients is limited. We tried to estimate the genetic diversity and genetic structure of C. dactylon along a latitudinal gradient across China. Genetic diversity among different ploidy levels was also compared in the study. The material used consisted of 296 C. dactylon individuals sampled from 16 geographic sites from 22°35′ N to 36°18′ N. Genetic diversity was estimated using 153 expressed sequence tag-derived simple sequence repeat (EST-SSR) loci. Higher within-population genetic diversity appeared at low-latitude, as well as having positive correlation with temperature and precipitation. The genetic diversity increased with the ploidy level of C. dactylon, suggesting polyploidy creates higher genetic diversity. No isolation by distance and notable admixture structure existed among populations along latitudes. Both seed dispersal (or vegetative organs) and extrinsic pollen played important roles for gene flow in shaping the spatial admixture population structure of C. dactylon along latitudes. In addition, populations were separated into three clusters according to ploidy levels. C. dactylon has many such biological characters of perennial growth, wind-pollination, polyploidy, low genetic differentiation among populations, sexual and asexual reproduction leading to higher genetic diversity, which gives it strong adaptability with its genetic patterns being very complex across all the sampled latitudes. The findings of this study are related to landscape population evolution, polyploidy speciation, preservation, and use of bermudagrass breeding. View Full-Text
Keywords: Cynodon dactylon; landscape genetics; variation; latitude; polyploidy Cynodon dactylon; landscape genetics; variation; latitude; polyploidy
►▼ Show Figures 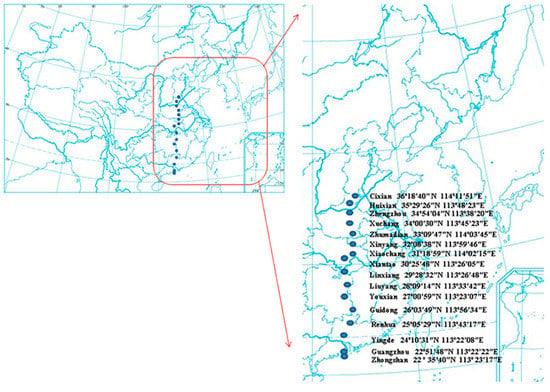