The Complexity of Mitochondrial Complex IV: An Update of Cytochrome c Oxidase Biogenesis in Plants
Next Article in Special Issue

The identification and development of new agents with a therapeutic potential as well as novel drug combinations are gaining the attention of scientists and clinicians as a plausible approach to improve therapeutic regimens for chemoresistant tumors. We have recently reported that the flavonoid fisetin (FIS), at physiologically attainable concentrations, acts synergistically with clinically achievable doses of paclitaxel (PTX) to produce growth inhibitory and pro-death effects on A549 human non-small cell lung cancer (NSCLC) cells. To further investigate a potential therapeutic efficacy of the combination of fisetin with paclitaxel, we decided to assess its impact on metastatic capability of A549 cells as well as its toxicity toward normal human lung fibroblast. Cell viability, cell migration, and invasion were measured by thiazolyl blue tetrazolium bromide (MTT) assay, wound healing assay, and Transwell chamber assay, respectively. The expression of metastasis-related genes was assessed with quantitative reverse transcriptase real-time polymerase chain reaction (qRT-PCR). Actin and vimentin filaments were examined under the fluorescence microscope. The combination of FIS and PTX significantly reduced cancer cell migration and invasion, at least partially, through a marked rearrangement of actin and vimentin cytoskeleton and the modulation of metastasis-related genes. Most of these effects of the combination treatment were significantly greater than those of individual agents. Paclitaxel alone was even more toxic to normal cells than the combination of this drug with the flavonoid, suggesting that FIS may provide some protection against PTX-mediated cytotoxicity. The combination of FIS and PTX is expected to have a synergistic anticancer efficacy and a significant potential for the treatment of NSCLC, however, further in vitro and in vivo studies are required to confirm this preliminary evidence. View Full-Text
Keywords: fisetin; paclitaxel; combination therapy; cell migration; cell invasion; non-small cell lung cancer fisetin; paclitaxel; combination therapy; cell migration; cell invasion; non-small cell lung cancer
►▼ Show Figures 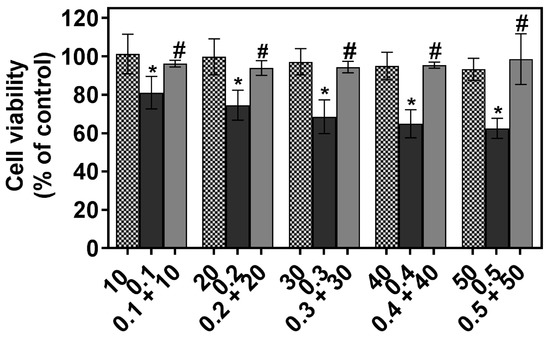 
Klimaszewska-Wiśniewska A, Hałas-Wiśniewska M, Grzanka A, Grzanka D. Evaluation of Anti-Metastatic Potential of the Combination of Fisetin with Paclitaxel on A549 Non-Small Cell Lung Cancer Cells. International Journal of Molecular Sciences. 2018; 19(3):661. https://doi.org/10.3390/ijms19030661