Renal Cell Tumors: Understanding Their Molecular Pathological Epidemiology and the 2016 WHO Classification

:
Micro-RNAs (miRNAs) have emerged as novel gene expression regulators. Recent evidence strongly suggests a role for miRNAs in a large variety of cancer-related pathways. Different studies have shown that 18.7 to 37% of all human miRNA genes are clustered. miR-17–92 polycistronic cluster overexpression is associated with human hematolymphoid and solid malignancies including breast cancer (BC). Here, we report the identification of rs770419845, a rare 6 bp deletion located within the polycistronic miR-17–92 cluster, in two first-degree relatives from a Chilean family with familial BC and negative for point mutations in BRCA 1/2 genes. The deletion was identified by Sanger sequencing when 99 BRCA1/2 mutation-negative BC cases with a strong family history were initially screened. In silico analysis predicts that rs770419845 affects the secondary structure and stability of the pre-miR-17–pre-miR-18 region and the entire 17–92 cluster. The deletion was screened in 458 high-risk BRCA1/2-negative Chilean families and 480 controls. rs770419845 was not detected in any control but identified in a single family with two cases of BC and other cancers. Both BC cases, the mother and her daughter, carried the deletion. Based on bioinformatic analyses, the location of the deletion and its low frequency, we presume rs770419845 may be a pathogenic variant. Functional studies are needed to support this hypothesis.
Keywords:
familial breast cancer; miR-17–92 polycistronic cluster; deletion; Chilean population

Breast cancer (BC) is the most common cancer among women worldwide and has the highest mortality rate among cancers in Chile (15.5/100,000 women) [1]. Genetic factors contribute significantly to BC. Currently, there is consensus that BRCA1/2 mutations are responsible for 16% of familial BC risk on average [2], leaving much of the genetic component of familial BC unknown [3]. Therefore, it has been proposed that other susceptibility alleles could be responsible for a significant percentage of BC in BRCA1/2-negative families. Research to further elucidate the genetic etiology of BC is ongoing, with an emerging interest in epigenetics and gene regulation. A recently discovered gene regulation mechanism involves microRNAs (miRNAs) [4]. miRNAs are single-stranded RNAs that can regulate gene expression by degrading or blocking translation of target mRNAs [5]. Approximately 30% of human genes are regulated by miRNAs [6]. Genome-wide miRNA expression profiling has shown that nearly all types of cancer have a specific profile of up- and downregulated miRNA, attributable to miRNA gene mutations or variations [7].
One of the most remarkable features of animal miRNAs is that they are enriched in clusters [8]. Of the 1881 human miRNA genes annotated to date, studies have shown that 18–37% are clustered [9,10]. The polycistronic miR-17–92 cluster is among the most studied microRNA clusters, mapping to human chromosome 13q.31.3 and encoding for six individual miRNAs [11,12]. First described in hematolymphoid neoplasms [13], the cluster was subsequently reported in several human malignant solid tumors [11,12].
Here, we report the identification of a rare 6 bp germline deletion involving the miR-17–92 cluster in a BRCA1/2-negative Chilean family with a history of BC.

We sequenced the complete pre-miR-17 coding sequence and boundaries in 99 probands from BC families negative for BRCA1/2 point mutations, to identify pre-miR-17 sequence variations in a Chilean population. We identified only one variant sequence, named rs770419845. This 6 bp deletion (delTTGGGC) is located within the polycistronic miR-17–92 cluster, encoding for six miRNAs in the following order: 5′-miR-17–miR-18a–miR19a–miR-20a–miR-19b-1–miR-92a-1-3′ [11,12]. The deletion is located between the miR-17 and miR-18a sequences—specifically, 20 bp downstream from miR-17 and 36 bp upstream from miR-18a (Figure 1). We used RNAfold algorithm to predict the effect of this deletion on the structure of pre-miR-17, pre-miR-18a, and the miR-17–92 cluster [14]. The deletion produced a change in the secondary structure of the pre-miR-17–pre-miR-18a sequence, decreasing stability (Figure 2A). The deletion also produced a change in the secondary structure and stability of the miR-17–92 cluster (Figure 2B). The hairpin structure most strongly affected by the variant was pre-miR-18. According to the algorithm, the deletion is located in a region of the pri-miR sequence where the base-pairing probability is 1 and the positional entropy tends to zero (both depicted in red) (Figure 2B).
The variant was analyzed in 500 BC cases from 458 high-risk BRCA1/2-negative Chilean families and 480 controls. The deletion was detected in a single family (Figure A1) that meets the criteria for a high-risk family, as there were two early-onset BC cases, four gastric cancer cases, one leukemia case, and one bone cancer case in the family (Figure A2). The index case in this family was diagnosed with invasive left BC at age 48 with positive axillary lymph nodes. The second case was the index case’s daughter, with invasive right BC diagnosed at age 37, nine positive axillary lymph nodes, and in situ carcinoma in the left breast. Both mother and daughter carried the TTGGGC deletion. Therefore, the frequency of the deletion in the BC cohort was 0.4% (2/500). Considering that (a) the deletion affected the secondary structure and stability of the pre-miR-17–pre-miR-18 region and the entire cluster, (b) the deletion was not present in any of the 480 controls, and (c) rs770419845 is a rare variant in BRCA1/2-negative BC, this indel is likely pathogenic.

A total of 500 BC patients from 458 high-risk BRCA1/2-negative Chilean families were selected from Corporación Nacional del Cancer (CONAC) files. All index cases were tested for BRCA1/2 mutations as previously described [27]. None of the families met strict criteria for other known syndromes involving BC, such as Li-Fraumeni, ataxia-telangiectasia, and Cowden disease.
Table 1 shows the characteristics of the families selected according to the inclusion criteria. All study families have self-reported Chilean ancestry dating from several generations, confirmed through extensive interviews with several members of each family from different generations. In the selected families, 13.1% (60/458) had bilateral BC cases, 11.8% (54/440) had both BC and OC cases, and 1.7% (8/458) had male BC cases. In the BC group, mean age at diagnosis was 42.8 years, and 81.4% (373/458) were diagnosed before 50 years of age.
The study was approved by the Institutional Review Board of the University of Chile, School of Medicine (Project code Number 1150117, 1 March 2015). Informed consent was obtained from all participants.

A healthy Chilean control sample (n = 480) was recruited from CONAC files. DNA samples were taken from unrelated individuals with no personal or familial history of cancer who provided consent for anonymous testing. These individuals were interviewed and informed as to the aims of the study. DNA samples were obtained according to all ethical and legal requirements. The control sample was matched to the case population for age and socioeconomic strata.

Genomic DNA was extracted from peripheral blood lymphocytes of BC cases and controls. Samples were obtained as described by Chomczynski and Sacchi [28].

This analysis was performed in 99 of the 500 cases from 458 families with (a) ≤3 family members with BC and/or OC (83.8%) and (b) index cases with early-onset BC (≤35 years) (16.2%). The whole coding sequence and pre-miR-17 sequence boundaries were amplified by polymerase chain reaction (PCR). Primers were designed with Primer3 v.0.4.0 (Whitehead Institute for Biomedical Research, Cambridge, UK; Boston, MA, USA) [29]. Sequencing was performed in an ABI 3730xl automated fluorescence-based sequencer and BigDye v.3.1 terminator system (Applied Biosystems, Foster City, CA, USA).

In silico analyses to predict the effect of rs770419845 on the physicochemical parameters and secondary structure of pre-miR-17 RNA and the whole miR-17–92 cluster were performed using RNAfold from the ViennaRNA Web Service (Available online: http://rna.tbi.univie.ac.at/) [13].

To our knowledge, this is the first report of this variant in association with BC. No information is available regarding the biological impact of delTTGGGC. This deletion could alter the biogenesis of the miR-17–92 cluster and thus affect the expression levels of any of its six mature miRNAs. Based on bioinformatic analyses, the location of the deletion, and its low frequency, we presume rs770419845 may be pathogenic variant. Functional studies are needed to determine the biological impact of the delTTGGGC indel and support this hypothesis.

The authors thank the many families who participated in the research studies described in this article. We acknowledge the CONAC Breast Cancer Group: María Teresa Barrios, Angelica Soto, Rossana Recabarren, Leticia García, Karen Olmos, and Paola Carrasco. We would like to thank Lorena Seccia, Felipe Benavides, and Sofia Burattini for their contribution the experimental work and to Edoardo Trotta for the interpretation of in silico analyses. Grant Sponsor: Fondo Nacional de Desarrollo Científico y Tecnológico (FONDECYT), Grant Number 1150117. 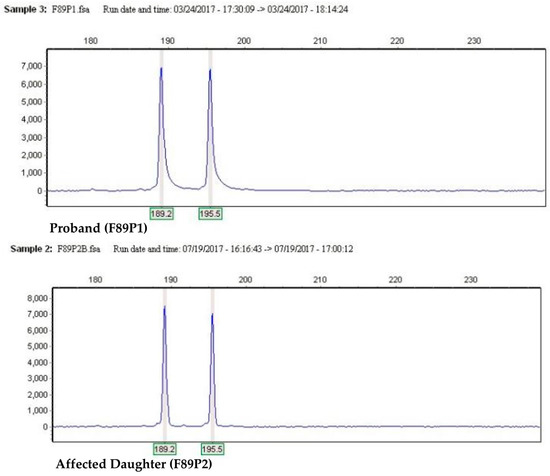 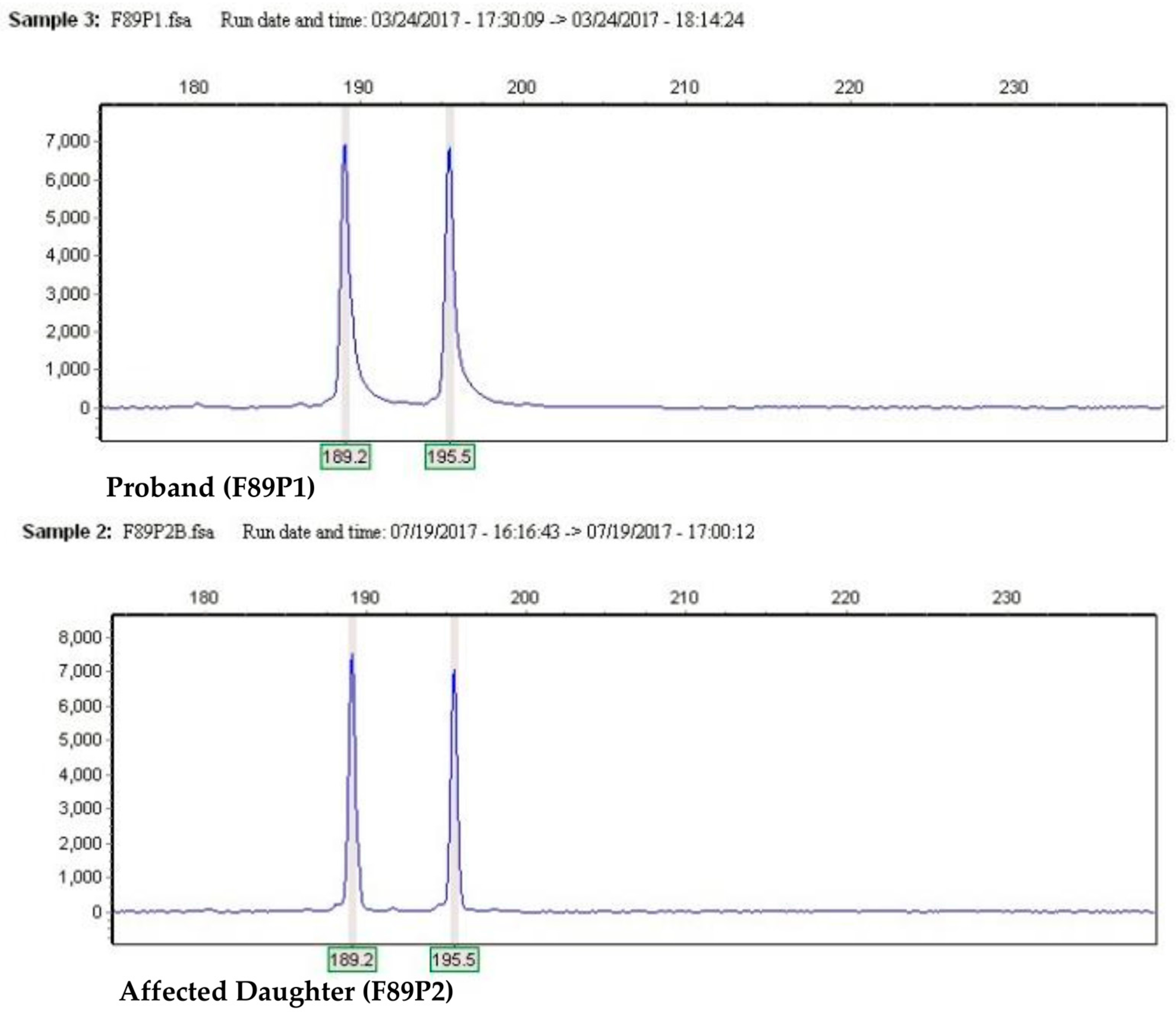 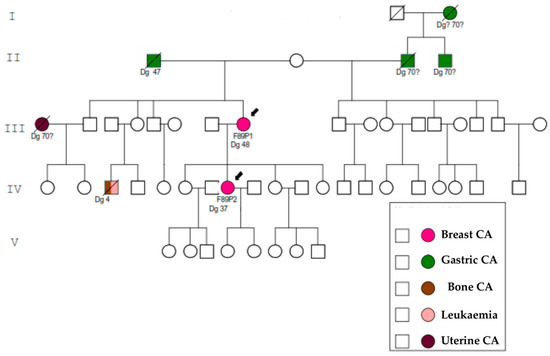 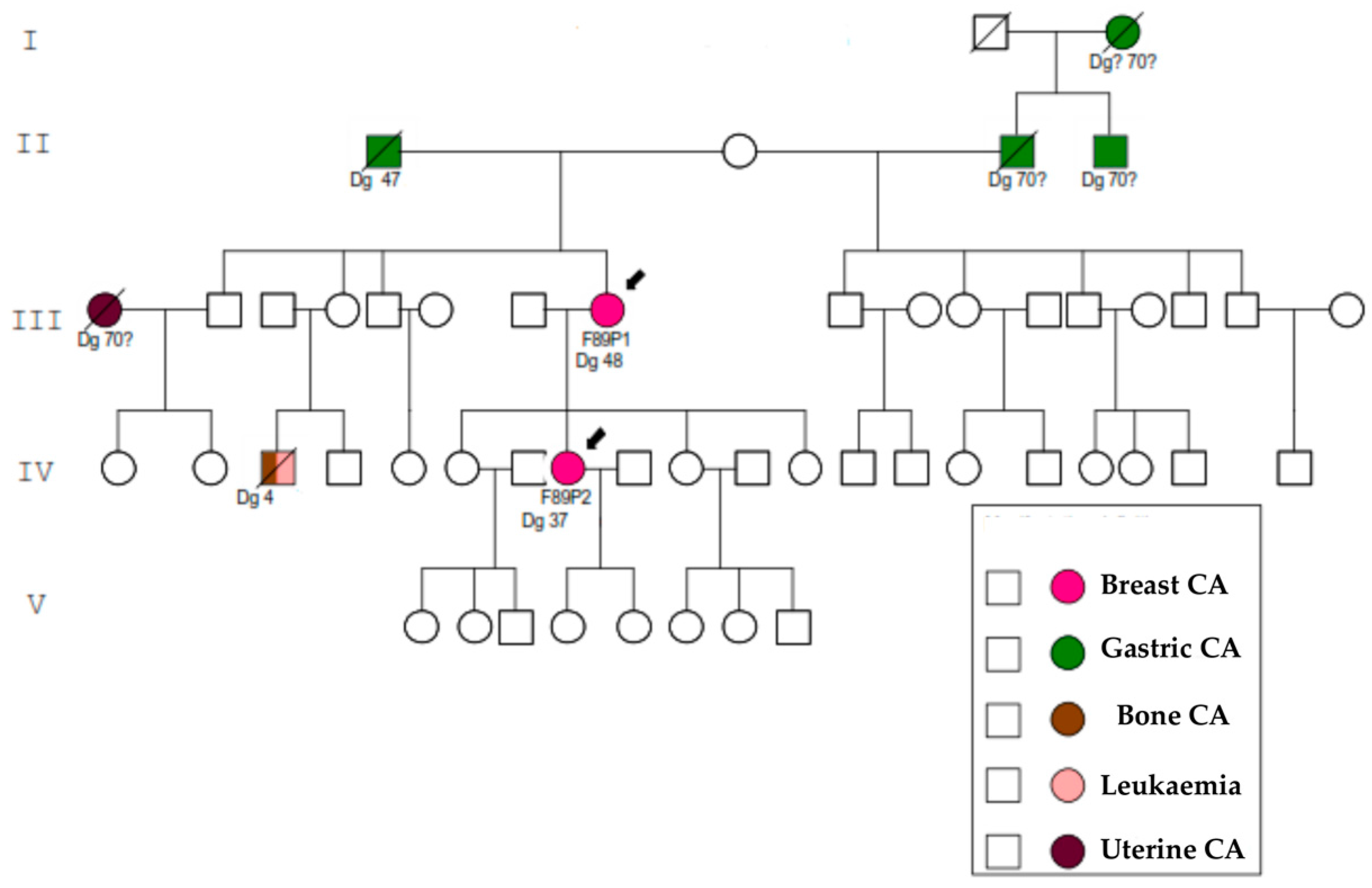 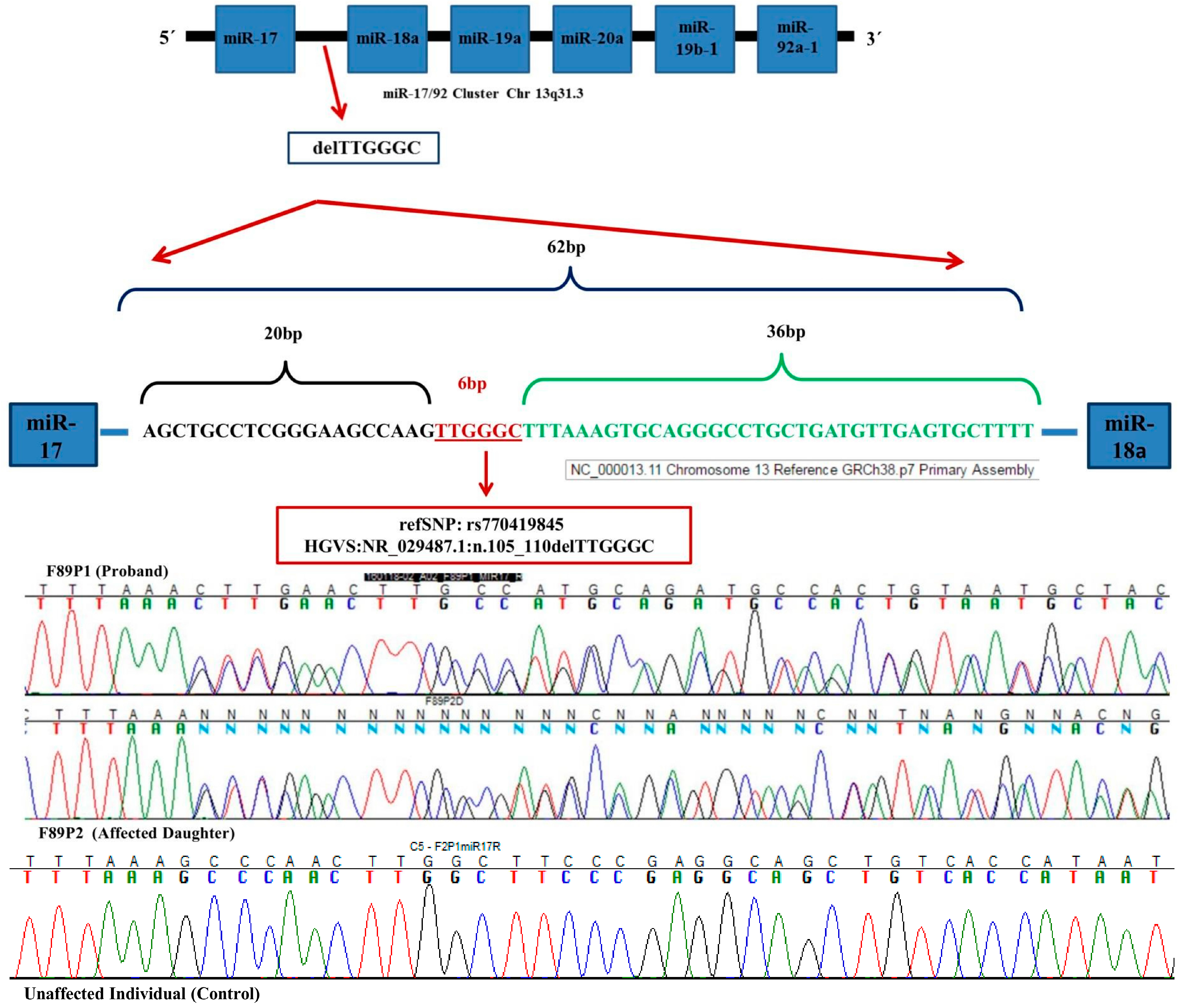 Table 1. Inclusion criteria for families.
Table 1. Inclusion criteria for families.
We use cookies on our website to ensure you get the best experience. Read more about our cookies here.
Accept
We have just recently launched a new version of our website. Help us to further improve by taking part in this short 5 minute survey here. here.
Never show this again