The ZIP (Zrt/Irt-like protein) family of zinc transporters is found in all three domains of life. However, little is known about the phylogenetic relationship amongst ZIP transporters, their distribution, or their origin. Here we employed phylogenetic analysis to explore the evolution of ZIP transporters, with a focus on the major human fungal pathogen, Candida albicans. Pan-domain analysis of bacterial, archaeal, fungal, and human proteins revealed a complex relationship amongst the ZIP family members. Here we report (i) a eukaryote-wide group of cellular zinc importers, (ii) a fungal-specific group of zinc importers having genetic association with the fungal zincophore, and, (iii) a pan-kingdom supercluster made up of two distinct subgroups with orthologues in bacterial, archaeal, and eukaryotic phyla.
Keywords: ZIP; zinc; transport; transporter; evolution; pathogenic fungi; Candida albicans ZIP; zinc; transport; transporter; evolution; pathogenic fungi; Candida albicans

Zinc is an essential micronutrient for all living organisms. This is because many proteins (particularly enzymes and transcription factors) require zinc to function. In fact, 9% of eukaryotic proteins are predicted to interact with this metal. As well as acting as an essential cofactor for proteins involved in a large number of cellular processes, zinc can also be toxic if present in excess. Therefore, zinc acquisition, homeostasis, and detoxification is crucial for cell survival and proliferation. However, pathogenic microbes have to deal with extremes in zinc bioavailability due to the action of nutritional immunity. This term describes a variety of host processes which manipulate microbial exposure to trace metals, particularly zinc, iron, manganese, and copper. For example, following phagocytosis by macrophages, bacterial cells can face potential zinc and copper toxicity [1]. However, most examples of nutritional immunity involve host-driven metal sequestration together with microbial starvation [2].
Many bacterial pathogens utilise an ABC (ATP-binding cassette) transporter (ZnuABC) for high-affinity zinc uptake during infection. These systems consist of a substrate-binding protein ZnuA, permease ZnuB, and ATPase (ZnuC). An increasing body of literature is demonstrating an important role for ZnuABC-mediated zinc assimilation in bacterial pathogenicity. For a recent review on bacterial zinc assimilation, readers are directed to Capdevila et al. [3].
In contrast, with the exception of some recent studies in fungi, far less is known about how zinc homeostasis in eukaryotic pathogens influences their virulence. Zinc import via a ZnuABC-like system has not been reported in eukaryotes. Rather, they appear to predominantly employ ZIP-type transporters for cellular zinc import [4]. The name derives from fungal Zrt (zinc regulated transporter) [5] and plant Irt (iron-regulated transporter) [6] proteins.
However, the understanding of this ZIP-mediated zinc transport is complicated by the architecture of the eukaryotic cell. Unlike most bacteria and archaea, where cellular import only occurs at the plasma membrane, eukaryotic ZIPs can also deliver zinc from various intracellular organelles into the cytoplasm. Metal promiscuity may also confound phylogenetic interpretation: certain bacterial ZIPs have been shown to transport multiple metals. For example, Salmonella enterica ZupT transports both zinc and manganese [7]. In eukaryotes, different ZIP transporters can transport different metals. For example, Saccharomyces cerevisiae Atx2 is implicated in Golgi manganese homeostasis [8]. However, most eukaryotic ZIPs are implicated in zinc transport [4].
S. cerevisiae is one of the best understood models of eukaryotic ZIP-mediated zinc transport. This yeast encodes five ZIP transporters: two plasma membrane importers and three intracellular organellar transporters. There is an emerging and important role for ZIP transporters in the pathogenicity of human fungal pathogens [9,10,11,12], but little is known about the phylogeny, distribution, or origin of these transporters either within fungal pathogens or throughout different domains of life. Here we take advantage of OrthoMCL, to investigate the evolution of ZIP-type zinc transporters, with a focus on the medically important fungus Candida albicans.

In order to investigate their phylogenetic relationships, ZIP orthologue groups were constructed using OrthoMCL (Available online: http://orthomcl.org/orthomcl/) [13]. OrthoMCL generates orthologue superclusters from 36 Bacteria (including six Firmicutes and 19 Proteobacteria), 16 Archaea, 9 Euglenozoa (Trypanosomes, Leishmania), 4 Amoebae, 11 Viridiplantae (plants, algae), 15 Alveolates (e.g., Apicomplexa such as Plasmodium), 24 Fungi (including 4 Basidiomycetes, 3 Microsporidia, and 17 Ascomycetes), 29 Metazoa, and 6 miscellaneous Eukaryotes (Oomycete, Giardia) genomes.
This approach resulted in 38 orthologue groups with ZIP zinc transporter Pfam annotations. The majority of these contained only few poorly connected ZIP proteins, and several represented likely expansions in metazoans or Viridiplantae; that is, likely associated with the development of multicellularity. However, several superclusters of interest were identified, which we discuss below.

OG5_126707 member ZIP transporters were exclusively eukaryotic and contained transporters from all studied eukaryotic groups. Figure 1 shows the cluster graph of OG5_126707. With the exception of the three Microsporidian species, fungal orthologues clustered together, as did Viridiplantae, Euglenozoa parasites (e.g., Trypanosomes), and to a lesser extent, Alveolates. Amoebic orthologues (blue circles) distributed between parasite clusters. The large cluster to the central right of Figure 1 includes Metazoan ZIP transporters. Not only were all eukaryotic groups represented in this supercluster, but most analysed species were also present. For example, 23 of the 24 analysed fungal species were represented.
Several members of the OG5_126707 supercluster have already been characterised. These include human ZIP1 and ZIP3, S. cerevisiae Zrt1 and Zrt2, S. pombe Zrt1, A. fumigatus ZrfA and ZrfB, C. neoformans Zip1 and Zip2, C. albicans Zrt2, and Leishmania infantum. Notably, all 11 of these transporters are implicated in cellular zinc import at the plasma membrane [5,11,14,15,16,17,18,19].

This cluster was unique to fungi (with the exception of two very loosely connected Trypanosomal sequences). However, unlike OG5_126707 which included 23 of the 24 fungal species, this cluster only contained 10 species. These included C. albicans (Zrt1) and A. fumigatus (ZrfC). Interestingly, both of these transporters have been reported to be up-regulated specifically at neutral/alkaline pH, and in the case of C. albicans Zrt1, to act as a cell surface docking protein for the secreted zincophore, Pra1 [20,21]. We have previously reported that the Zrt1 and Pra1 encoding genes are syntenic, not only in C. albicans, but in multiple fungal species [21,22]. Moreover, for C. albicans and A. fumigatus, the gene pairs are known to be co-expressed in response to zinc limitation [20,21]. Based on these observations, we have proposed that the ZRT1/PRA1 locus may function as a conserved zincophore/receptor in multiple fungal species [22]. We therefore interrogated the genetic loci of those species identified in cluster OG5_141027. Gene order analysis revealed that seven of the 10 species here have maintained a syntenic relationship between orthologues of C. albicans PRA1 and ZRT1. Two species—Yarrowia lipolytica and Neurospora crassa—have lost PRA1, and in one (Gibberella zeae, also called Fusarium graminearum), PRA1-ZRT1 synteny has broken. One of the PRA1-negative species, Yarrowia lipolytica, has undergone duplication and divergence of the Zrt1 orthologue (Figure 2).
These observations are similar to our previous study—of 16 selected species analysed in Citiulo et al., 10 encoded PRA1 orthologues and, of these 10 species, six maintained synteny with a ZRT1 orthologue. To examine how widespread the syntenic relationship is, we interrogated the NCBI database. Of 102 species analysed, we identified Pra1 orthologues in 87 (85.3%) species and, of the Pra1+ species, 61 (70.1%) have maintained a syntenic relationship between PRA1 and ZRT1 (Table S1).
The fact that only ascomycete ZIPs were identified within this OrthoMCL cluster is probably due to the low number of basidiomycete species present in this database. In fact, BLASTp analysis of C. albicans Zrt1 against non-ascomycetes identified numerous ZIPs which reciprocally hit C. albicans Zrt1. Moreover, both ascomycete and basidiomycete species exhibit synteny of zincophore and ZIP orthologues (see [21] and Table S1).
While it should be pointed out that both PRA1 [21] and ZRT1 [22] orthologues have been lost multiple times throughout the fungal kingdom, this indicates that, when present, the genes tend to share a syntenic relationship. This most likely serves to simplify modular co-expression. The observations reported here support our earlier conclusion that PRA1-ZRT1 synteny represents an ancient and highly successful adaption within the fungal kingdom [21].

Supplementary materials can be found at www.mdpi.com/1422-0067/18/12/2631/s1. Table S1. ZIP and zincophore gene synteny. Table lists the presence (denoted by respective accession numbers) or absence (N) of PRA1 and ZRT1 orthologues in 102 fungal species (NCBI). In species where both genes are present, column 4 indicates syntenic (Y), or non-syntenic (N) relationship. 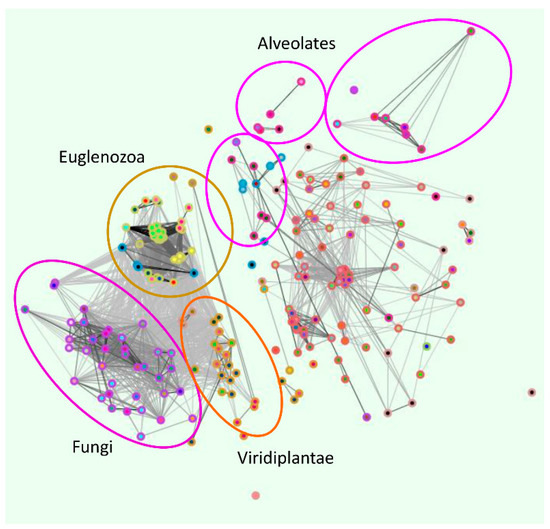 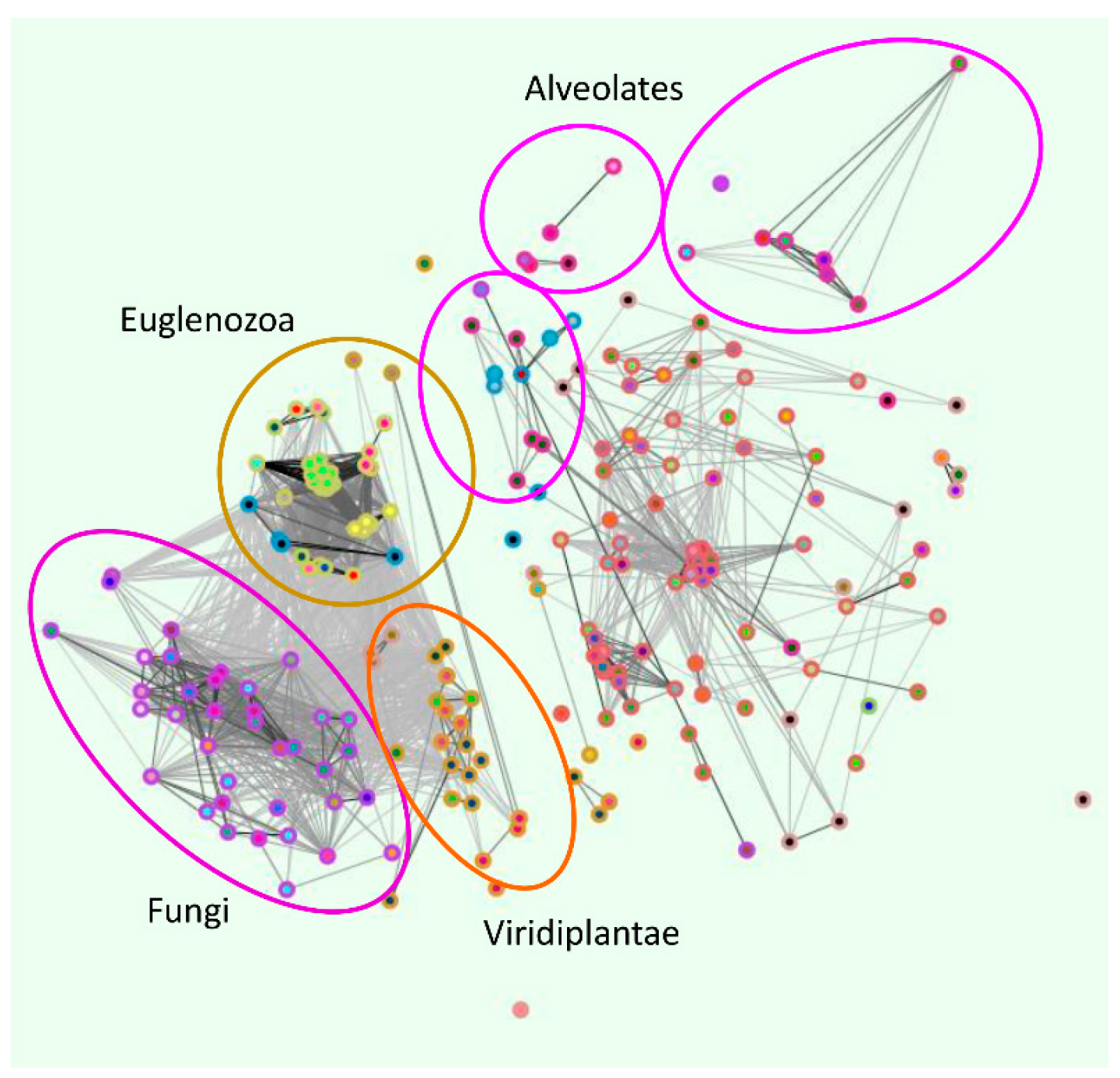 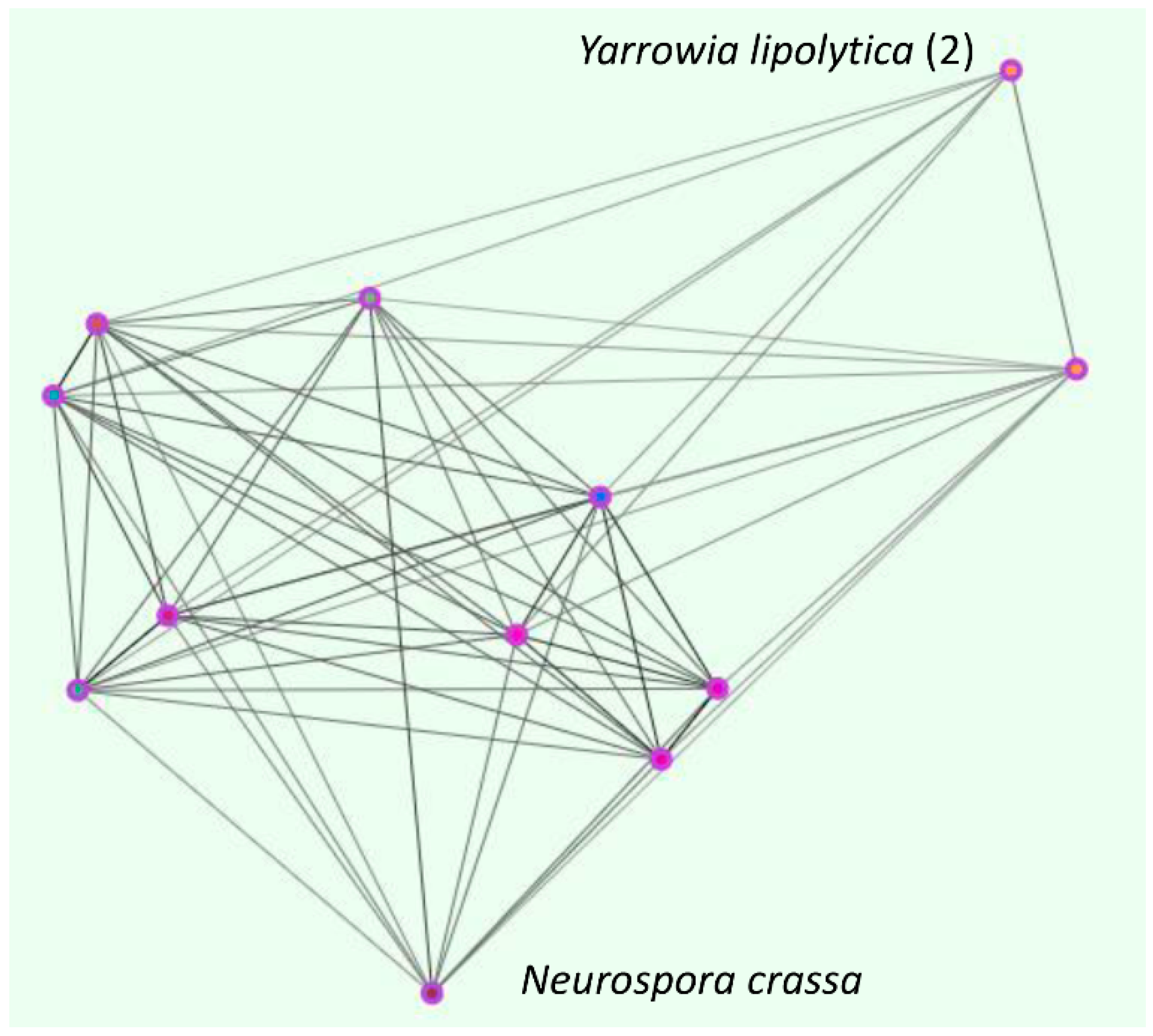