Wilms tumor (WT) is the most common childhood renal cancer. Recent findings of mutations in microRNA (miRNA) processing proteins suggest a pivotal role of miRNAs in WT genesis. We performed miRNA expression profiling of 36 WTs of different subtypes and four normal kidney tissues using microarrays. Additionally, we determined the gene expression profile of 28 of these tumors to identify potentially correlated target genes and affected pathways. We identified 85 miRNAs and 2107 messenger RNAs (mRNA) differentially expressed in blastemal WT, and 266 miRNAs and 1267 mRNAs differentially expressed in regressive subtype. The hierarchical clustering of the samples, using either the miRNA or mRNA profile, showed the clear separation of WT from normal kidney samples, but the miRNA pattern yielded better separation of WT subtypes. A correlation analysis of the deregulated miRNA and mRNAs identified 13,026 miRNA/mRNA pairs with inversely correlated expression, of which 2844 are potential interactions of miRNA and their predicted mRNA targets. We found significant upregulation of miRNAs-183, -301a/b and -335 for the blastemal subtype, and miRNAs-181b, -223 and -630 for the regressive subtype. We found marked deregulation of miRNAs regulating epithelial to mesenchymal transition, especially in the blastemal subtype, and miRNAs influencing chemosensitivity, especially in regressive subtypes. Further research is needed to assess the influence of preoperative chemotherapy and tumor infiltrating lymphocytes on the miRNA and mRNA patterns in WT. View Full-Text
Keywords: miRNA; Wilms tumor; blastemal; regressive miRNA; Wilms tumor; blastemal; regressive
►▼ Show Figures 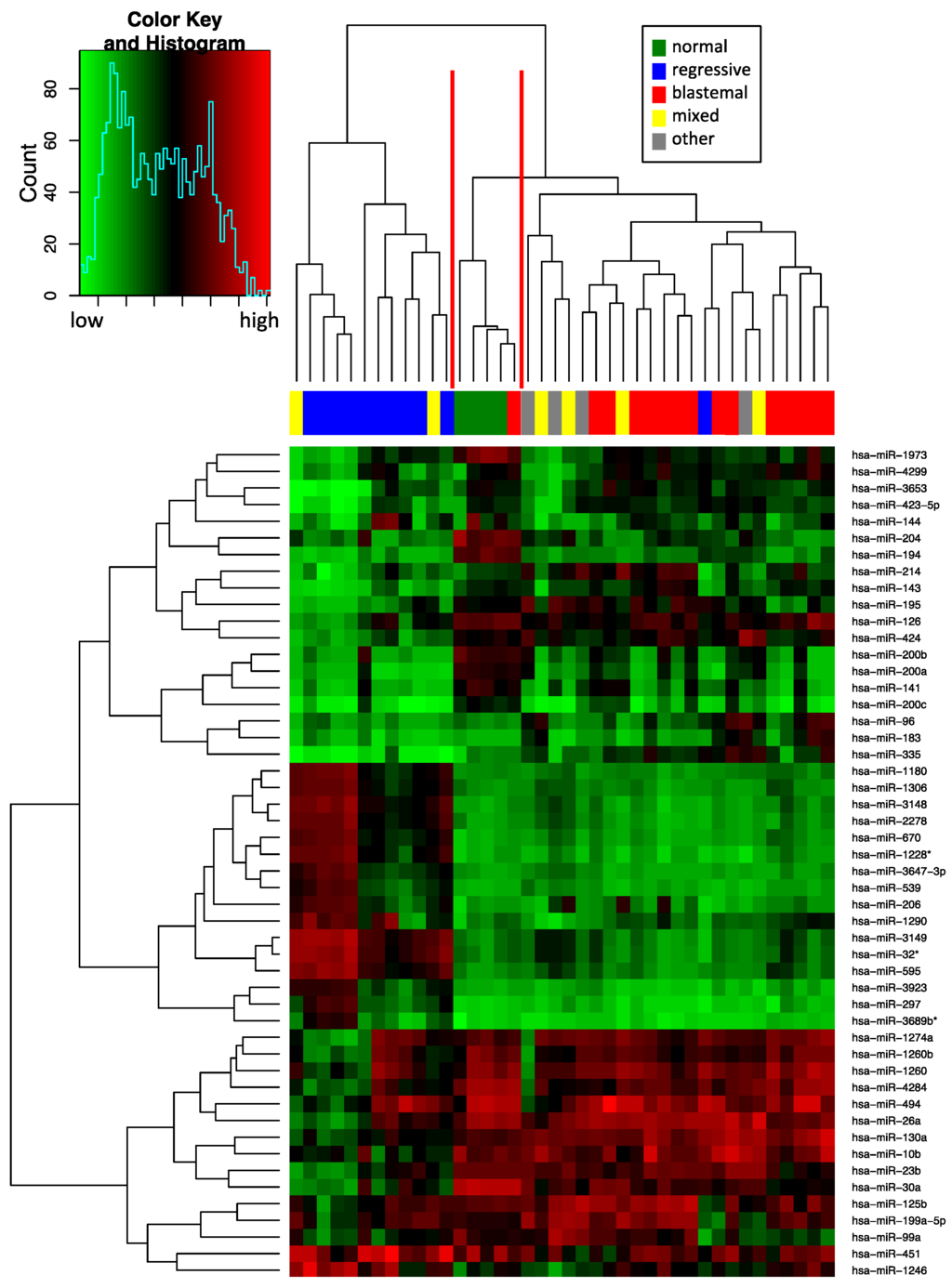