Sustainable Management of Underwater Cultural Heritage: The Route from Discovery to Engagement—Open Issues in the Mediterranean
Previous Article in Journal / Special Issue

Over the past century, monumental architecture has been at the center of attention of heritage professionals, stakeholders, and the public. On the contrary, vernacular architecture, which constitutes the majority of our built heritage, especially at rural sites in the provinces of Greece and other Mediterranean countries, has been mostly neglected and often has fallen into disarray. As a result, we now witness the severe degradation of several important settlements, which are threatened due to long exposure to the elements and lack of conservation, maintenance, and management plans. Since 2015, the Architectural Conservation Laboratory, University of West Attica, organizes a field-training program at the Minoan sites of Mochlos and Pseira on East Crete, aimed at addressing the challenges of vernacular architecture and raising awareness. The program provides on-the-job training opportunities to heritage professionals in surveying, assessing, and documenting the condition of architectural remains and finally establishing the conservation priorities. This paper discusses the approaches and the goals of the program, as well as the potential for the integration of cost-effective digital documentation techniques, such as photogrammetry, into the systematic monitoring of archaeological sites under threat. The preliminary results of the condition survey of Pseira and the challenges in the application of image-based 3D modeling on site are also reported. View Full-Text
Keywords: Minoan sites; conservation; training; condition survey; photogrammetry Minoan sites; conservation; training; condition survey; photogrammetry
►▼ Show Figures 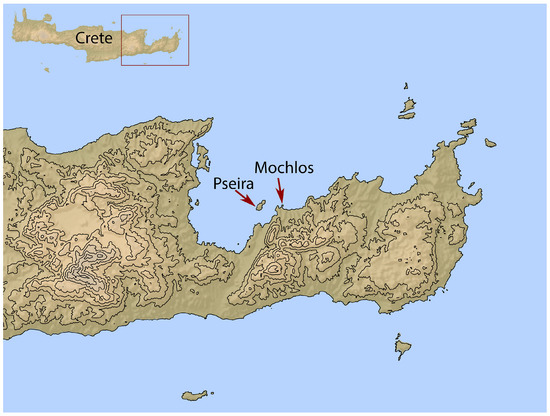