In laparoscopy, novel three-dimensional laparoscopic vision systems (3D LVS) without glasses (3D−) have been invented. While standard 3D LVS with glasses (3D+) have shown advantages over original two-dimensional systems, quantitative comparisons of surgical performance between 3D− and 3D+ systems are still lacking. The aim is to compare the systems in simulated robotic surgery tasks. In a crossover study, 18 medical students performed four basic laparoscopic tasks in the validated Simball Box simulator with authentic surgical instruments by using the 3D+ and 3D− systems. Performance was measured by the number of errors and the task’s duration. Subjective ratings of perceptions and preference were assessed after each test. There were significant, but still minor, advantages for the conventional 3D+ system regarding spatial orientation and sense of depth. Overall, ten and eight subjects preferred 3D+ and 3D− systems, respectively. No significant differences were found in performance, post-operative physicals or eye symptoms. The novel 3D− system was similar to the conventional 3D+ system regarding performance and overall preference, while there were minor advantages for the 3D+ system in the subjective ratings. Since the 3D− system is a new invention, it should have a higher potential of usability improvements. View Full-Text
Keywords: visual ergonomics; laparoscopy; 3D monitor; glasses-less; validation visual ergonomics; laparoscopy; 3D monitor; glasses-less; validation
►▼ Show Figures 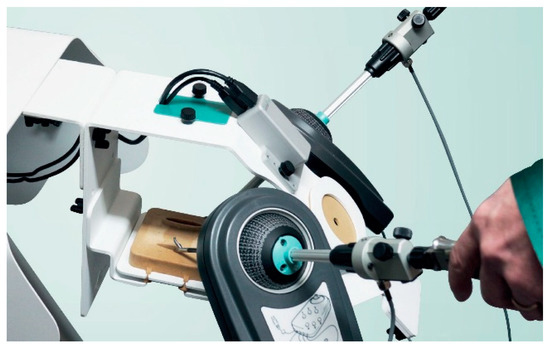