First Steps at the Cyclotron of Orléans in the Radiochemistry of Radiometals: 52Mn and 165Er

This work describes the first real developments in radiochemistry around exotic radionuclides at the cyclotron of Orléans focusing on the radiochemistry of two radiometals 165Er and 52Mn. For these developments, targets were irradiated during 0.5–2 h at a maximum current of 2 µA. All activities have been determined by radiotracer method. The production of 165Er from a natural Ho target that was irradiated is described. Higher activities of 165Er were obtained via deuteron irradiation then proton with lower ratio 165Er/166Ho (400/1 to 8/1). By using LN2 resin, the separation of adjacent lanthanides was made on various concentrations of HNO3 (0.3 to 5 M). Weight coefficients (Dw) were defined in a batch test. Then, the first tests of separation on a semi-automated system were made: the ratio 166+natHo/165Er in an isolated fraction was significantly reduced (1294 ± 1183 (n = 3)) but the reliability and reproducibility of the system must be improved. Then, a new Cr powder-based target for 52Mn production was designed. Its physical aspects such as mechanics, thermal resistance and porosity have been studied. Dw for various compositions of eluent Ethanol/HCl were evaluated by reducing contact time (1 h) comparative to the literature. A first evaluation of semi-automated separation Cr/Mn has been made. View Full-Text
Keywords: 165Er; 52Mn; irradiation; separation; resin; radiometals; heavy Rare Earth Elements (hREE) 165Er; 52Mn; irradiation; separation; resin; radiometals; heavy Rare Earth Elements (hREE)
►▼ Show Figures 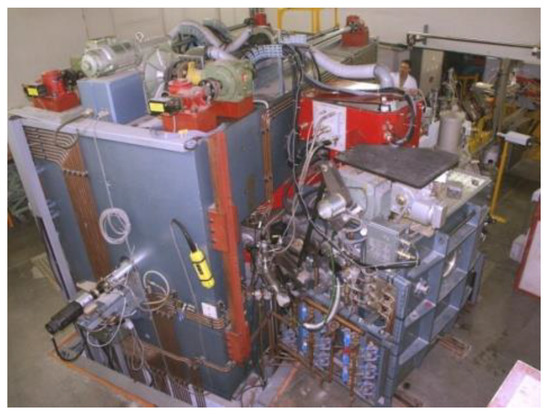