This work continues development of the framework for dynamically consistent parameterization of mesoscale eddy effects in non-eddy-resolving ocean circulation models. Here, we refine and extend the previous results obtained for the double gyres and aim to account for the eddy backscatter mechanism that maintains eastward jet extension of the western boundary currents. We start by overcoming the local homogeneity assumption and by taking into account full large-scale circulation. We achieve this by considering linearized-dynamic responses to finite-time transient impulses. Feedback from these impulses on the large-scale circulation are referred to as footprints. We find that the local homogeneity assumption yields only quantitative errors in most of the gyres but breaks down in the eastward jet region, which is characterized by the most significant eddy effects. The approach taken provides new insights into the eddy/mean interactions and framework for parameterization of unresolved eddy effects. Footprints provide us with maps of potential vorticity anomalies expected to be induced by transient eddy forcing. This information is used to calculate the equivalent eddy potential vorticity fluxes and their divergences that partition the double-gyre circulation into distinct geographical regions with specific eddy effects. In particular, this allows approximation of the real eddy effects that maintain the eastward jet extension of the western boundary currents and its adjacent recirculation zones. Next, from footprints and their equivalent eddy fluxes and from underlying large-scale flow gradients, we calculate spatially inhomogeneous and anisotropic eddy diffusivity tensor. Its properties suggest that imposing parameterized source terms, that is, equivalent eddy flux divergences, is a better parameterization strategy than implementation of the eddy diffusion. View Full-Text
Keywords: mesoscale eddies; eddy/mean interactions; eddy parameterization mesoscale eddies; eddy/mean interactions; eddy parameterization
►▼ Show Figures 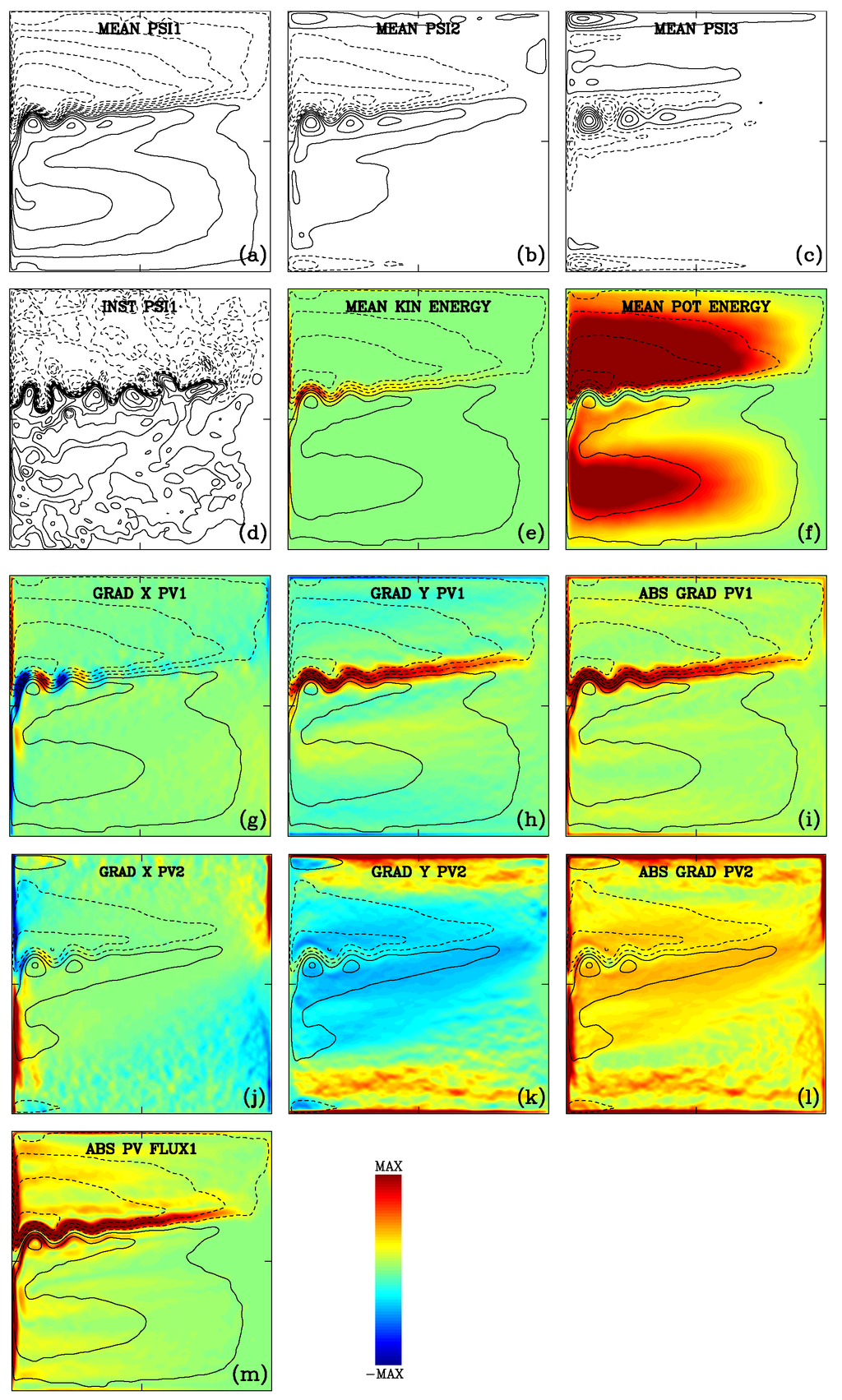