Molecular Survey of Babesia and Anaplasma Infection in Cattle in Bolivia

Development of in vitro culture and completion of genome sequencing of several Babesia parasites promoted the efforts to establish transfection systems for these parasites to dissect the gene functions. It has been more than a decade since the establishment of first transfection for Babesia bovis, the causative agent of bovine babesiosis. However, the number of genes that were targeted by genetic tools in Babesia parasites is limited. This is partially due to the low efficiencies of these methods. The recent adaptation of CRISPR/Cas9 for genome editing of Babesia bovis can accelerate the efforts for dissecting this parasite’s genome and extend the knowledge on biological aspects of erythrocytic and tick stages of Babesia. Additionally, glmS ribozyme as a conditional knockdown system is available that could be used for the characterization of essential genes. The development of high throughput genetic tools is needed to dissect the function of multigene families, targeting several genes in a specific pathway, and finally genome-wide identification of essential genes to find novel drug targets. In this review, we summarized the current tools that are available for Babesia and the genes that are being targeted by these tools. This may draw a perspective for the future development of genetic tools and pave the way for the identification of novel drugs or vaccine targets. View Full-Text
Keywords: Babesia; genome; genetic tools Babesia; genome; genetic tools
►▼ Show Figures 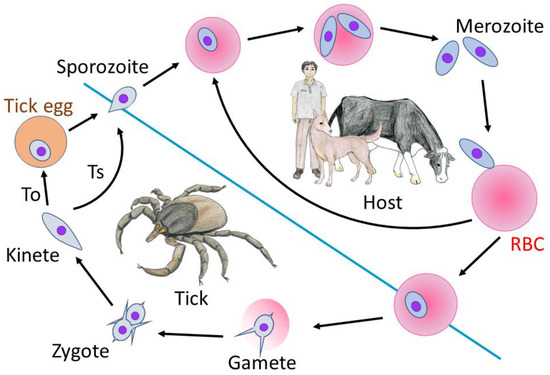