Albedo plays an important role in snow evolution modeling quantifying the amount of solar radiation absorbed and reflected by the snowpack, especially in mid-latitude regions with semiarid conditions. Satellite remote sensing is the most extensive technique to determine the variability of snow albedo over medium to large areas; however, scale effects from the pixel size of the sensor source may affect the results of snow models, with different impacts depending on the spatial resolution. This work presents the evaluation of snow albedo values retrieved from (1) Landsat images, L (16-day frequency with 30 × 30 m pixel size) and (2) SPOT VEGETATION albedo products, SV (10-day frequency with 1 × 1 km pixel size) in the Sierra Nevada mountain range in South Spain, a Mediterranean site representative of highly heterogeneous conditions. Daily snow albedo map series were derived from both sources, and used as input for the snow module in the WiMMed (Watershed Integrated Management in Mediterranean Environment) hydrological model, which was operational at the study area for snow monitoring for two hydrological years, 2011–2012 and 2012–2013, in the Guadalfeo river basin in Sierra Nevada. The results showed similar albedo trends in both data sources, but with different values, the shift between both sources being distributed in space according to the altitude. This difference resulted in lower snow cover fraction values in the SV-simulations that affected the rest of snow variables included in the simulation. This underestimation, mainly due to the effects of mixed pixels composed by both snow and snow-free areas, produced higher divergences from both sources during the melting periods when the evapo-sublimation and melting fluxes are more relevant. Therefore, the selection of the albedo data source in these areas, where snow evapo-sublimation plays a very important role and the presence of snow-free patches is very frequent, can condition the final accuracy of the simulations of operational models; Landsat is the recommended source if the monitoring of the snowpack is the final goal of the modeling, whereas the SV product may be advantageous when water resource planning in the medium and long term is intended. Applications of large pixel size albedo sources need further assessment for short-term operational objectives. View Full-Text
Keywords: snow albedo; Landsat; SPOT VEGETATION; Mediterranean regions snow albedo; Landsat; SPOT VEGETATION; Mediterranean regions
►▼ Show Figures 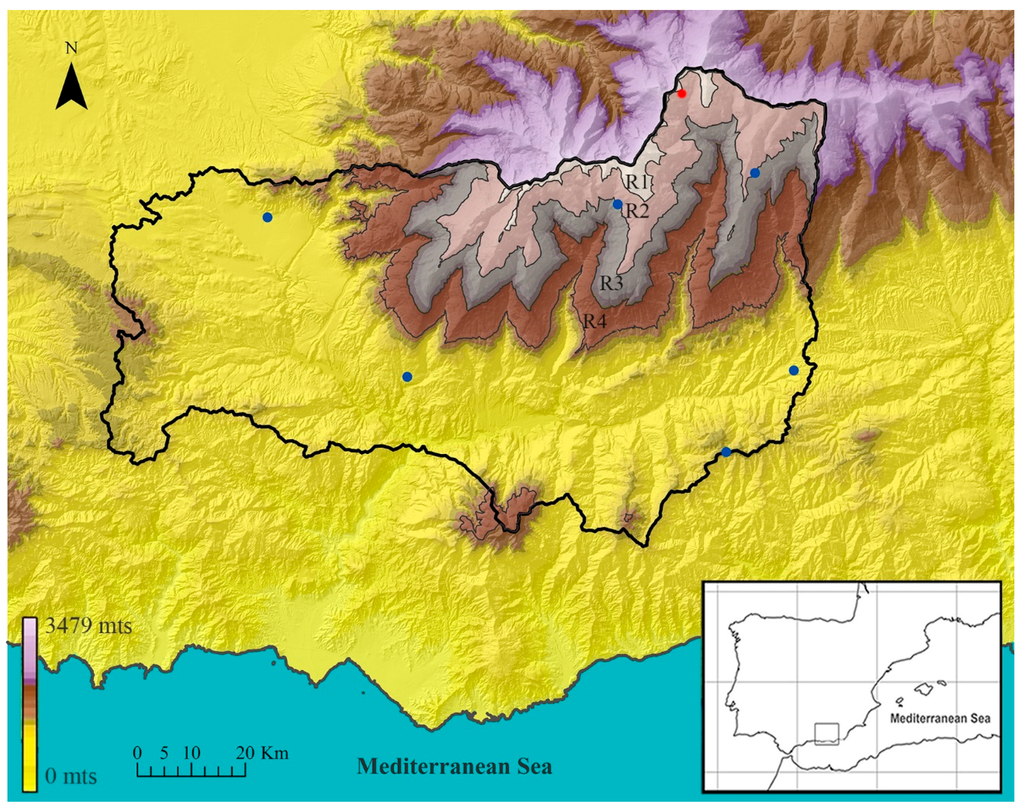