Collection of Anthropogenic Litter from the Shores of Lake Malawi: Characterization of Plastic Debris and the Implications of Public Involvement in the African Great Lakes

Among marine mammals, gray and bowhead whales contain large amounts of fat and thereby constitute crucial dietary components of the traditional diet of indigenous peoples of the Eastern Arctic. Despite the high nutritional and cultural value of gray and bowhead whales, there is a risk of persistent organic pollutant (POP) intake by indigenous individuals who use marine mammals as their main source of fat. POPs are lipophilic pollutants and are known to accumulate and magnify along the marine food web. Consumption of foods contaminated by POPs can perturb the endocrine, reproductive, and immune systems, and can potentially cause cancer. Moderate to relatively high concentrations of POPs have indeed been reported in the edible tissues of gray and bowhead whales consumed by indigenous peoples of the North Pacific Ocean. Even though their consumption is potentially harmful, there is no regular monitoring of eco-toxicants in the foods consumed by the indigenous peoples of the Eastern Arctic. In our view, the routine analyses of consumable parts of whales and of comparable nutritional items need to be included in the Russian Arctic Biomonitoring Programme. View Full-Text
Keywords: gray whales; bowhead whales; North Pacific; POPs; indigenous people’s nutrition gray whales; bowhead whales; North Pacific; POPs; indigenous people’s nutrition
►▼ Show Figures 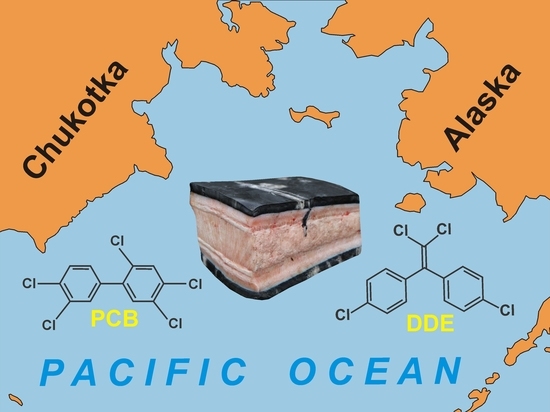