In this section we introduce and describe the INFINITCODEX (I8X) (https://dev.infinitcodex.com), scholarly publishing and reviewing blockchain based technology platform (Figure 2). The I8X platform enables and supports entwining the two core processes of scholarly communication—publishing and reviewing—by representing scholarly content as smart contracts and incorporating cryptoeconomical incentives for building reputation in a trustworthy community of users. Here, our intent is to introduce the idea and overview of I8X as a platform supporting various functions of scholarly communication and not to go into implementation details and particular use cases. We are well aware that practical challenges are huge when thinking about disrupting the current models and major players in scholarly communication business. Our goal is to build the platform infrastructure “that enables different providers to offer diverse services—publication of versioned articles from preprints to the final version of record, quality controls before publication, peer review, copy editing, post-publication curation, etc.” [77]. There are two processes embedded in the protocol and services layer of the I8X technology stack to support development of applications in the application layer. The infrastructure layer provides compute, storage, database and virtualization support, the protocol layer defines blockchain network participation requirement and rules, method and protocol of consensus, while the services layer contains blockchain services to enable development of applications and connections to other technologies.
The two core processes were designed with three key principles in mind:

-
transparency,
-
integrity and
-
engaging the members of the community.

Transparency, particularly in blockchain technology context, “is not simply about revealing information or keeping secrets but continually deploying, configuring, and resisting platforms, algorithms, and machine learning protocols that manage visibility” [80]. We agree that it is important to “to differentiate between technical transparency—the ability of a technical solution to make information available and/or accessible—and democratic transparency, an ideal of information availability, accessibility, and actionability meant to serve broader social purposes, including public actor accountability and citizen self-efficacy” [70]. Transparency of the I8X platform is in this sense technological and allows members of the community to overview all blockchain transactions and platform data. On the infrastructure and protocol layer (Figure 2) it is guarded by the consensus mechanisms and network governance. However, we expect that on the application layer level the community will develop solutions on top of the I8X platform that will support “social production technology” [24] of scholarly communication.
How do these key principles of the I8X platform map to scholarly communication functions: registration, certification, legitimization, dissemination, access, preservation, and curation [81]?
Registration is crucial for establishing precedence for scientific claims and attribution of results [81]. Platform functions based on blockchain protocols and governance (consensus rules) provides users/authors with registration function by writing crypotgraphic hash of authors and paper metadata (including the possible link to other preprint or self-archiving servers) on the blockchain following consensus protocol. Immutability of the blockchain record also supports the legitimization function.
The certification function is provided by the reviewing process consisting of comments by the community in the early phases of publication process, and of open peer review process that ends with the decision. Both processes: publication and review are on I8X platform coupled by the community engaged in these scholarly communication functions. This interaction of both processes integrated into I8X platform helps to establish a workflow that “would allow the chaining of specific implementations of the registration, certification, etc. functions into a pathway that could be followed by a unit of communication” [82].
Dissemination and access functions are provided through platform functions and open APIs with different privileges depending on user status, and curation through review process and publication flow. Preservation of digital content is on I8X platform supported by peer-to-peer distributed file systems (such as IPFS—InterPlanetary File System [83]) and in addition by uploading to open preprint servers and self-archiving by the members of the community for redundancy. In a similar way, we can map the I8X key principles to other descriptions of scholarly communication functions such as control and moderation, certification and reputation, incentives [84], or registration, archiving, certification, awareness [85]).
I8X blockchain protocol and developed services such as smart contracts contain incentives (cryptoeconomic as well as social through reputation mechanisms) to stimulate community engagement in all platform activities performed by community members. The functional overview of the interdependence of processes, user interaction and community is shown in Figure 3.
The main function of the I8X platform is to translate user generated content—scholarly communication (research paper, research idea, project proposal, etc.) into curated and reviewed content. The output of the publishing and the review processes are curated reviews, a curated list of trusted reviewers and open data access supported by I8X database of over 150 million metadata points on research papers and high quality index of keywords, authors, organisations and citations. The data on authors, reviews, reputation indices are stored and generated in a decentralized network and accessible to everyone through Open APIs or interaction with smart contracts provided and supported with our I8X technology stack.
There are three types of community members, each with specific roles in I8X platform:

Users are members of the community that interact with I8X platform through the application layer that provides WebUI access and functionality. User actions include claiming existing research articles and other published content, adding new content, reviewing and commenting on the content.
Peers are trusted members of the community that form and secure the blockchain network, execute transactions through consensus mechanisms and connect applications with the blockchain.
Developers are community members that use and/or build open APIs, data models and applications using I8X services. I8X applications are decentralized curated content collections. Some examples of applications are: a single research paper, decentralized journal, journal issue or book, decentralized conference proceedings, decentralized research project call.
One of the key parts of developing the I8X platform is the representation and encoding of content (paper, report, abstract, data, code) as smart contract on the blockchain. We take a two-step approach here: first we represent publishing phases of a research paper as a finite state machine, and then encode the process into a smart contract [86].
Consider the process of publishing a research paper as an example. The process is started by the user announcing the intent to publish a paper by submitting the (possibly yet unfinished) content to the platform using one of the applications. The subset of content data (for instance authors, institutions, title, abstract) is hashed and written to the blockchain to secure authorship to authors. The review process (described below) is initiated by the author(s). The outcome of the review process can transition the paper into a published one or return the paper to author(s) for further revisions and development. The community can act also on already published content by raising an objective and proposing the retraction of the published content.
To stimulate good behavior of users, to foster integrity and transparency of the network and to engage community members into actively following publishing and review processes, we integrated several socio-economic incentives and deterrents into the publishing and reviewing processes. As an example, users can use the I8X platform token for depositing in publishing and review processes. By successfully performing certain tasks on the platform such as publishing content, writing reviews and comments, users can earn tokens. The reputation of the user on I8X is a function of number of tokens the users hold at each instant of time. Since the number of tokens reflects the reputation of a user, they can exchange tokens only with I8X platform and not with other users. The internal token economy on I8X for performing functions on the platform serve in this phase as a starting use case for rewarding (and punishing) mechanisms for work done by researchers in scholarly communication context (reviewing, commenting, curating, writing, etc.), and for building a community of peers. However, we are well aware that building a trustworthy and sustainable academic reputation system cannot be done in isolation from academic institutions and community.
A finite state machine (FSM) representing the paper has the following states (Figure 4): Active (A), Under review (U), Published (P), and Retracted (R).
The FSM can change states with the transitions that are initiated by the community members. There are the following transitions in the publishing FSM:In this state transitions are initiated by community comments which preserve the state. Community comments reflect expectations of the community about the research paper. There is no deposit required to submit comments in this state. This transition is initiated by the author when the paper is completed and ready for review. The author deposits tokens and this transaction triggers the start of the review process. While the paper is in this state the review process is in progress. Community members can submit comments about the paper which preserve this state. Commenting in this state works like a prediction market [87,88,89,90] where users buy or sell shares for the outcome of the review process (revise or publish). Initiated automatically by the platform as a result of reviewing process (with consensus by the listed reviewers), decision = revise. The author loses the deposited tokens, users that have bought revise shares receive reward. Initiated automatically by the platform as a result of reviewing process (with consensus by the listed reviewers), decision = publish. The author is rewarded for successful publication by tokens, and users that have bought publish shares receive reward. In this state users can submit community comments without token deposit and reviews through review process (see below) that can influence reputation of the reviewer and authors. Usually an exceptional transition initiated by community member with “raise an objective” mechanism followed by a dispute/challenge. The outcome is decisioned by consensus of the peers (trusted community members). R is a final state, users can submit comments without depositing tokens.
We base our infrastructure and protocol layers on the family of Hyperledger technologies licensed under the Apache 2.0 license and hosted by The Linux Foundation (https://www.hyperledger.org/). Using these technologies recently proposed to be applied also in the academic publishing field [91], we are building a community blockchain infrastructure and protocols that will support the services of the platform and allow the development of applications.

Blockchain is a disruptive solution for scholarly communication that “can potentially transform the current socio-technical stasis of moral and market crises associated with academic publishing” [92]. The current scientific publishing system relies on trusted third parties (journals, editorial boards, editors) that provide interactions between authors and reviewers, and there are conflicting incentives and lack of trust among participants. There is definitely a need for an objective, immutable history (or memory) of research results, and for a fair attribution and recognition of authorship that is verified through peer-to-peer consensus mechanisms.
We have presented our implementation of a blockchain based platform for scholarly communication that stands on community driven publishing and reviewing processes and we introduced a research paper as a modifiable entity. Using a strategic game setting, we presented some of the social dilemmas occurring in academic publishing and showed that building the trustworthy scientific community is key for changing the current publish-or-perish culture into a publish-and-flourish one.
Building a trusted peer-to-peer community requires transparency and right incentives for all participants. Various propositions for token-based economy and reward systems in decentralized scholarly publishing have already been advanced [14], including incentives structure in peer review processes based on external cryptocurrency markets [51]. However, what should proper incentives in scholarly communication really achieve? As we have argued here, we believe that whatever the mechanism, the goal must be to establish “a fair game for staking our reputation, so that on questions of interest to funders, we converge as fast as possible to the “right” answer [89].

Authors of this paper are affiliated also with the company Infinitcodex, Ltd. that develops technological solutions for scholarly communications partially based on ideas presented in this paper. 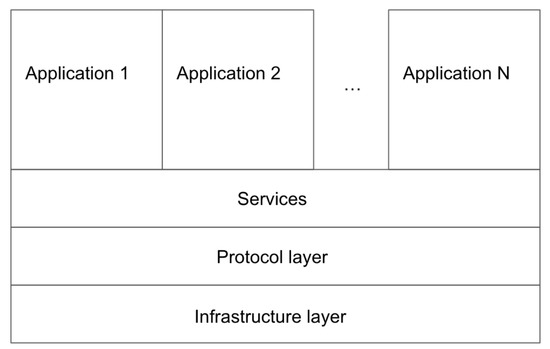 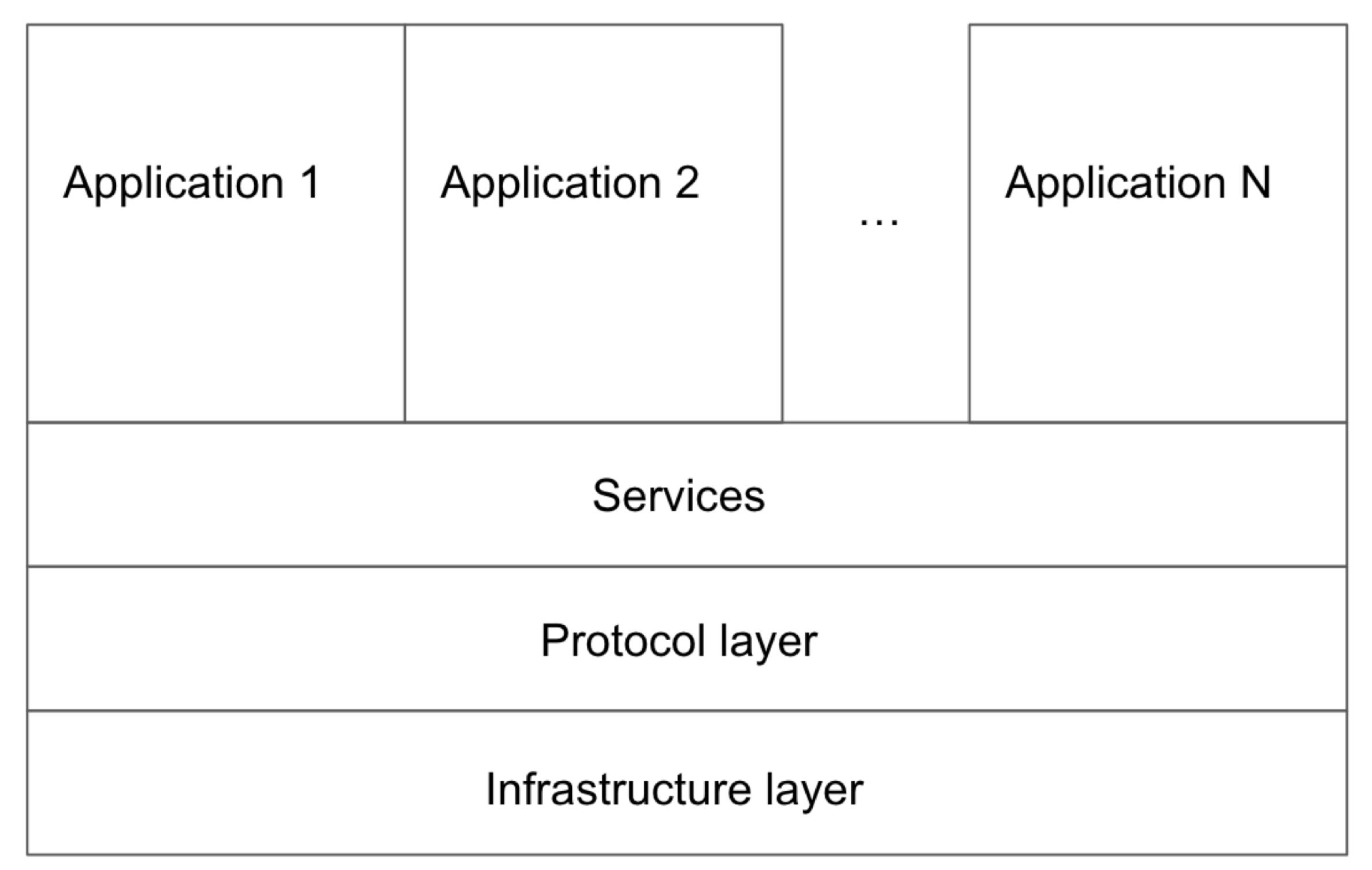 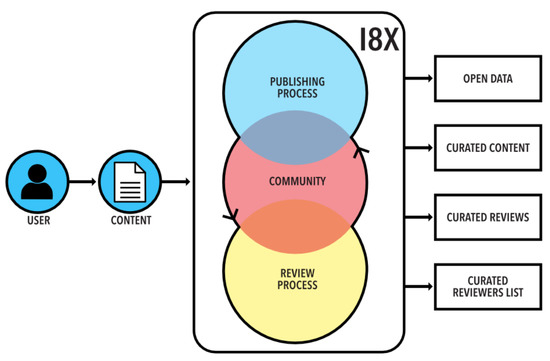 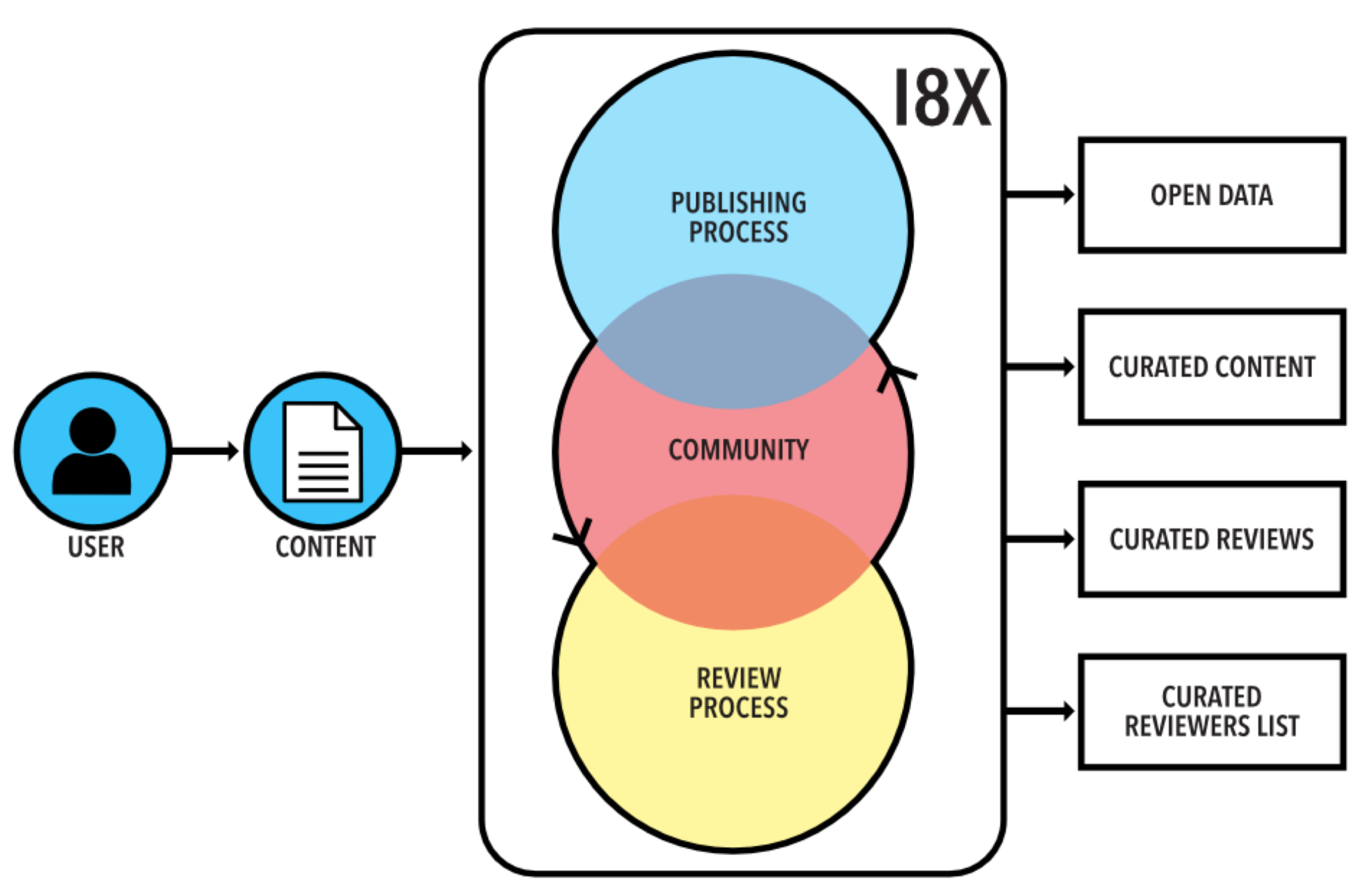