A Mini-Review on Functional Near-Infrared Spectroscopy (fNIRS): Where Do We Stand, and Where Should We Go?

2. Where Do We Stand

In order to provide the readers with an update of the fNIRS methods, in Table 1 recent relevant references (33 articles published from 2012) are reported about several topics related to the fNIRS basics and technical developments. These articles were identified through the PubMed, Web of Science, and Scopus databases. The topics include: The basics of NIR photon migration, the state of the art of instrumentations/signal processing/statistical analysis, and the integration of fNIRS with other neuroimaging methods.
The advantages and disadvantages of fNIRS have been widely reported in several recent review articles [5,47,48]. Unlike other neuroimaging modalities, fNIRS has a very high experimental flexibility. fNIRS is silent, tolerant to movement artefacts, and allows for long-time continuous measurements. fNIRS can be easily integrated with fMRI, PET, electroencephalography (EEG) or event related potentials. A detailed critical comparison between fNIRS and fMRI has been recently reported [5]. Among the disadvantages, it is noteworthy to mention: (1) fNIRS does not provide anatomical information, and (2) fNIRS measurements are restricted to the outer cortex and have a low spatial resolution (2–3 cm).
Roughly twenty multi-channel fNIRS systems, which utilize arrays of multiple NIR sources and detectors arranged over the scalp, are so far commercially available [47,48]. Figure 3 shows one stationary system and two mobile wireless systems.
Multi-channel fNIRS systems utilize different NIRS techniques: (1) The continuous wave (CW) multispectral and CW hyperspectral (broadband) techniques, both based on constant tissue illumination, measuring the light attenuation; (2) the frequency-domain (FD) method, based on intensity-modulated light, measuring both the attenuation and phase delay of emerging light; and (3) the time-domain (TD) technique, based on short pulses of light, measuring the shape of the pulse after propagation through tissues [18]. The CW hyperspectral technique allows for a more accurate separation of the chromopores than the CW multispectral technique that utilizes few wavelengths [25]. The O2Hb/HHb quantitation depends on the fNIRS adopted technology [5,18]. The most commonly used CW multispectral fNIRS instrumentation measures changes of O2Hb and HHb (with respect to an initial value arbitrarily set equal to zero) that are calculated using a modification of the Lambert–Beer law. Considering that the tissue optical pathlength is longer than the distance between the source and the detector (Figure 1), the O2Hb and HHb signal changes are expressed as μmolar*cm or mmolar*mm. CW multispectral systems offer the advantages of being low-cost and easily transportable (Figure 3). fNIRS analysis methods permit the monitoring of real-time cortical hemodynamic changes. fNIRS data from multiple simultaneous measurement sites are displayed by fNIRS systems in the form of O2Hb/HHb map over a cortical area.
In 2014, the journal Neuroimage dedicated a Special Issue with 58 articles to celebrate the first 20 years of fNIRS research [49]. Thus far, fNIRS has lacked the combination of spatial resolution and wide field-of-view sufficient to map in detail distributed brain functions. The emergence of high-density DOT represents the last generation of multispectral CW fNIRS systems. Figure 3 depicts an example of a high-density DOT imaging system for children and adults. High-density DOT resolves the basic problem of the contribution from hemodynamic changes occurring in the scalp, skull, and other extra-cerebral tissue layers [5].
In order to provide the readers with an update on the fNIRS applications, in Table 2, 44 recent review articles (published from 2012) covering different applications are listed; the field of psychology/education is covered by 10 reviews, functional neuroimaging basic research by 13 reviews, and medicine by 18 reviews.
The total number of the articles quoted by the 44 reviews is 1675. A detailed analysis of the very different fields of applications is beyond the aim of this mini-review. It is noteworthy to mention in the last five years, there has been an increasing number of clinical studies on psychiatric disorders and basic studies using the hyper-scanning approach. Hyper-scanning, which consists of the measurement of brain activity simultaneously on two or more people, has been adopted by fNIRS for investigating inter-personal interactions in a natural context. fNIRS, more than any other neuroimaging modality, is suitable for investigating real social interactions by using the hyper-scanning approach.
Table 3 lists five recent video articles showing different applications; these videos very carefully illustrate different studies performed in a laboratory or outdoor area utilizing stationary or mobile/wireless instrumentations.
The top 10 cited articles on fNIRS [21,99,100,101,102,103,104,105,106], ranked according to their citations, account for between approximately 500 to over 1000 studies and (data from Scopus, Elsevier, Amsterdam, The Netherlands, June 2019) provide an insight into the historical developments and allows for the recognition of the important advances in the fNIRS field since 1993, the year of the first five fNIRS publications [21].

fNIRS technology continues to evolve, and the nature of this approach provides distinct advantages when studying human cortical activation. Despite the current limitations that are largely isolated to a limited depth of penetration, a low spatial resolution, and strong extra-cranial interference, in our view, the feasibility and the success of applying fNIRS in some branches of medicine, neuroimaging basic research, and social sciences have been well documented. The development of fNIRS has strongly gained from the advances in microelectronics, computer technology, and optical engineering. With the advent of further miniaturization and integration such as integrated optics, wearable and even disposable fNIRS technology can be envisioned. The fNIRS systems that will emerge from these developments would further enlarge the number of fNIRS applications and make fNIRS findings more easily comparable with the other ones obtained by using other technologies. Before reaching the final goal, consisting of the use of fNIRS as a clinical tool in individual patients, fNIRS procedures need to be standardized. 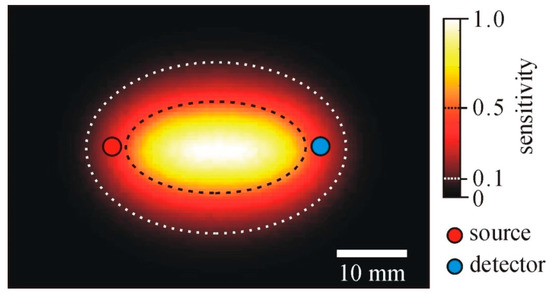 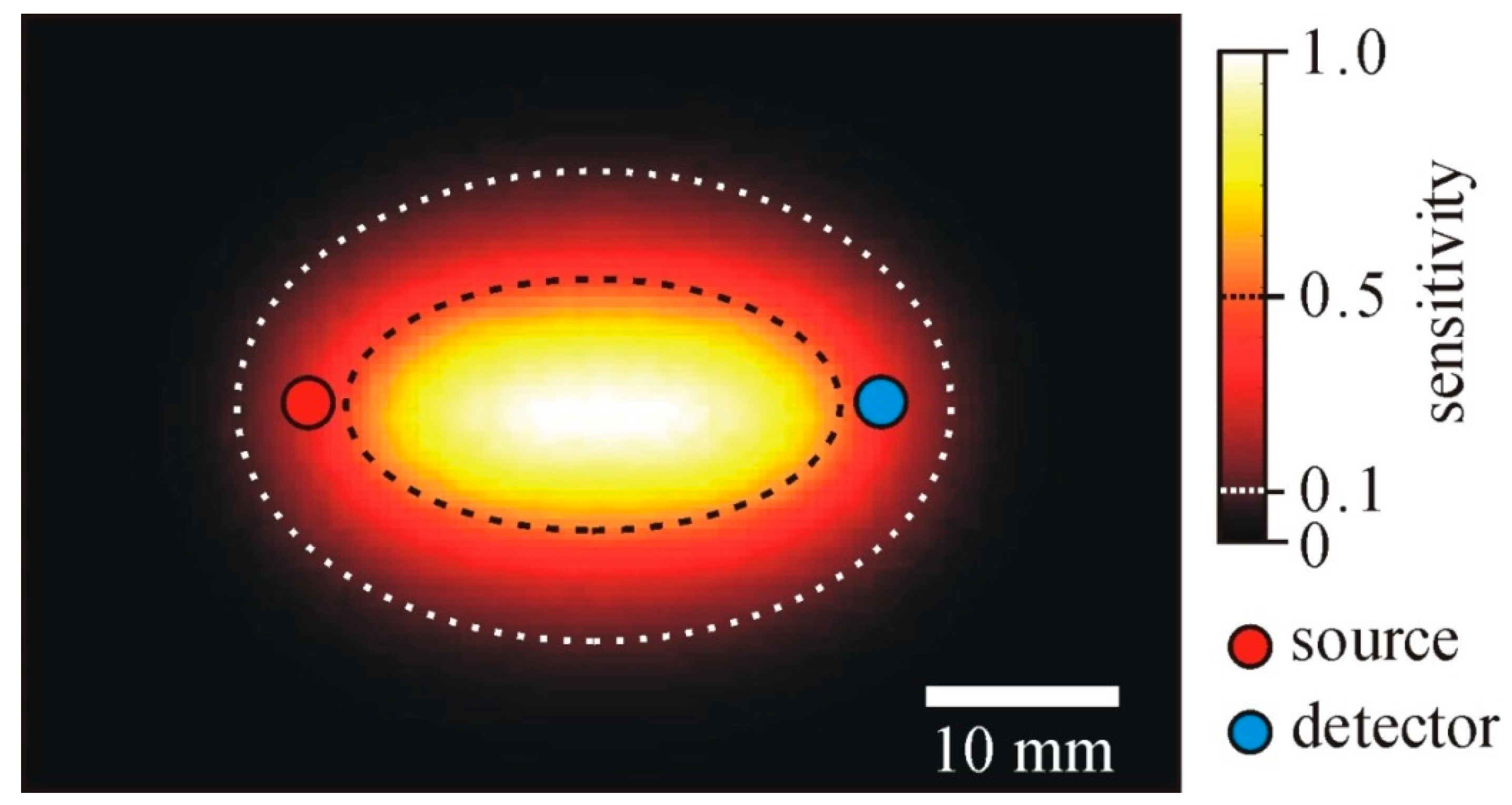 Table 3. Recent fNIRS video articles.
Table 3. Recent fNIRS video articles.
fMRI = functional magnetic resonance imaging; Ref = reference number.
© 2019 by the authors. Licensee MDPI, Basel, Switzerland. This article is an open access article distributed under the terms and conditions of the Creative Commons Attribution (CC BY) license (http://creativecommons.org/licenses/by/4.0/).
We use cookies on our website to ensure you get the best experience. Read more about our cookies here.
Accept
We have just recently launched a new version of our website. Help us to further improve by taking part in this short 5 minute survey here. here.
Never show this again