The signals can be adaptively decomposed into several IMFs with different center frequencies by the VMD. The analysis and processing of the original signal are essentially the calculation of the extreme value problem [40]. The calculation process is divided into two parts [41].
In this paper, a MPE method was proposed based on PE, which can select multiple time series of different lengths and solve the entropy value [21,25]. The principle is as follows:
The time series are processed in multi-scale to obtain multi-scale sequence . where l represented the scale factor, l = 1, 2, …, [N/l], [N/l] represented the rounding of N/l. The l determines the multi-scale degree of the time series. When l = 1, the multi-scaled time series obtained is the original time series.
After dividing the time series into different data lengths, the MPE can be obtained by calculating the PE of all time series of different lengths [42]. The length of the divided time series does not affect its entropy calculation, so the value of the scale factor l is generally greater than or equal to 10.

Let the training sample be , where are the sample set of input features and are the category Labels. The general process of Gaussian process classification [43] is as follows:
Suppose the prior distribution of the implicit function is normal distribution, so: where K is an m-order covariance matrix that is symmetric and positive definite, Hyper parameters of , estimated by maximum likelihood method, is expressed as its mean function, Potential function value is , The class label y is independently identically distribution. The probability that the sample belongs to the class label in the Binary Classification of Gauss Process can be expressed as:
The function of the is to convert the output value into a probability to find the probability that the input data belongs to a certain class. is a response function whose value is between intervals [0, 1], thereby obtaining a likelihood function:
The posterior probability of f can be obtained by Bayesian formula:
In summary, for the specified data , its posterior probability of is expressed as:
Furthermore, the classification prediction probability corresponding to is deduced as:
In the GPC model, is often used as the classification boundary. When y > 0.5, = +1, on the contrary, = −1.

Let be a known data, where is a matrix of dimensions, is the output data corresponding to it, and is a vector set of . The purpose of the regression process is to establish a mapping relationship between the vector set and the vector set by analyzing the known data set, and finally realize the prediction of the matching the unknown input value [44]. The equation of Gaussian process is: where, is mean function and is the kernel function, .
To consider the influence of noise on the observation target y, establish a general model of GPR [45]: where is an independent Gaussian white noise, which is Gaussian-distributed, with a mean of 0 and a variance of . Since the noiseis white noise independent of , when obeys the Gaussian distribution, also obeys the Gaussian distribution, then the set of joint distributions can form a Gaussian process, which can be expressed as:
According to the Bayesian principle, GP establishes a priori function in a given data set , and converts to a posterior distribution under n given test data sets , then the joint Gaussian distribution between the output vector of the training data vector and the output vector of the test data can be expressed as:
This gives a GPR equation, which can be expressed as:

In this paper, the value of K in the VMD algorithm was set by observation method [46], and the center frequency of each component of the vibration signals was observed. If the center of gravity about the two components are small, it is deemed to be over-decomposed. Take the vibration signal when the valve plate was not worn as an example. When different values were taken by K, the center frequency of each IMF component was decomposed by VMD is given in Table 2.
It is be seen from the above table that when K = 7, an over-decomposition phenomenon with a similar center frequency occured, so the value of K is 6. Figure 6 shows a VMD exploded view of six status signals.
The kurtosis index [47] is a parameter commonly used to reflect characteristics of the time domain, which could well reflect the impact characteristics of vibration signals, it is defined as: where, is the signal value, is the signal mean value, N is the sampling length, and is the standard deviation. Then kurtosis index was used to screen each IMF component of the vibration signals in six states, and selected the component with the largest kurtosis value. Kurtosis values of IMFs about the six states are shown in Table 3.
From the above table, the magnitude of each IMF component is seen in the 6 states. We selected the IMF3 of the normal valve plate’s vibration signal, the IMF6 of the No. 1 wear state, the IMF2 of the No. 2 wear degree, the IMF1 of the No. 3 wear degree, the IMF2 of the No. 4 wear degree, and the IMF1 of the No. 5 wear degree.

4.2. Feature Extraction Method Based on MPE

After the VMD and the kurtosis values processing, the selected IMFs in six degraded states were analyzed by MPE to extract feature vectors. Two key parameters of MPE, delay time parameter and embedding dimension m, were determined by mutual information and Cao’s method [48].
When the mutual information function obtained the minimum value for the first time, the corresponding time was selected as the value of delay time . The relationship between the delay time and the mutual information about selected IMFs is shown in Figure 7.
It is seen from Figure 7 that when the value of delay time was 1, the mutual information obtained the minimum value for the first time, so the delay time = 1. After determining the value, Cao’s method was used to select the value of embedding dimension m. The result is shown in Figure 8.
As could be observed in Figure 8 when , the value of gradually became stable, so the embedding dimension m was taken as 6. Therefore, we analyzed the selected IMFs by MPE. Take = 1, m = 6, and selected the largest scale factor l to be 10. The MPE in different states is shown in Figure 9:
It can be observed in the figure that with the increase of scale factor, the degradation states of different degrees have obvious difference. The higher the degradation degree was, the higher the MPE value was. In the same state, with the increase of scale factor, the randomness and complexity of time series decreased, and the values of MPE tended to change smoothly. MPE distinguished the signals of different degraded state, so it was used as feature vectors to identify the state of the valve plate.
If 10 feature vectors are utilized to training, information redundancy will be caused and the training will be time-consuming. Therefore, the weights of feature vectors were calculated by using the ReliefF. The two feature vectors with the highest weight were selected, the results are shown in Figure 10. It is seen from the figure that different degradation states distinguish obviously.

When the volumetric efficiency decreased by 5%, the axial piston pump failed. The fit curve of GPR is used to predict the wear of the valve plate in the failure of the piston pump. The result is shown in Figure 12. According to the Equation (24), the relationship between the wear of valve plates and the flow was established. The actual curve is as shown in Figure 12.
In order to evaluate the estimation effect, this paper introduced three evaluation indexes: square sum of error (SSE), root mean square error (RMSE) and correlation coefficient . The estimation error of GPR is showed in Table 8. It is seen from Table 8 that the GPR model is ideal for estimating the axial piston pump leakage flow curve.
According to the performance of 10MCY14-1B piston pump, when the volumetric efficiency decreased by 5%, the flow rate was 117.19 L/h. It is concluded from Figure 12, according to the theoretical calculation, that when the axis piston pumps failed, the wear amount of the valve plate was 12.8 m. According to the fitting curve of Gaussian process regression, when the axis piston pump failed, the wear amount of the valve plate was 12.4 m. By comparing the theoretical result with the predicted result, the Relative error was 3.125%. Therefore, the fitting curve of GPR in this paper had a good effect on the failure prediction by leakage of the axis piston pump.

In this paper, the wear of the valve plate, which is one of the key factors causing the failure of axial piston pump, is studied. The vibration signals and flow signals of the axial piston pump under wear conditions are collected by establishing the degradation test-bed. The following conclusions have been drawn:

All the authors contributed to the original idea and design of the study, to the analysis, to the drafting of the manuscript, reading and approving the final version. Conceptualization, R.G. and Z.Z.; methodology, R.G.; validation, R.G., S.H. and Z.Z.; formal analysis, Z.J. and D.G.; resources, R.G.; data curation, Z.Z.; writing–original draft preparation, Z.Z.; writing–review and editing, R.G. and Z.Z.; visualization, Z.Z.; Software, Z.J.; supervision, J.Z. and S.H.; project administration, Z.J. and R.G.; funding acquisition, J.Z., R.G. and D.G. All authors have read and agreed to the published version of the manuscript.

The authors would like to acknowledge the support provided by Yanshan University. 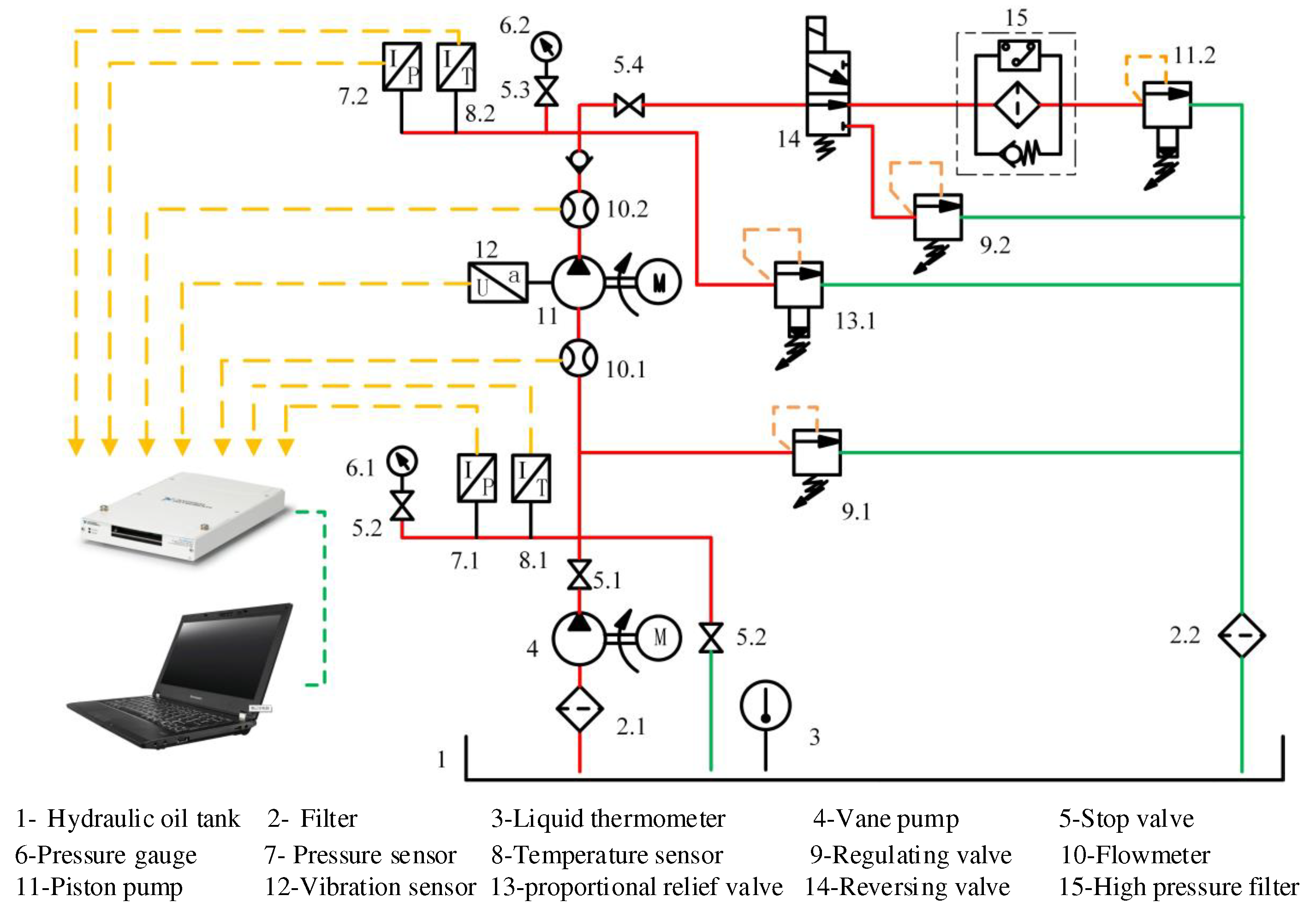 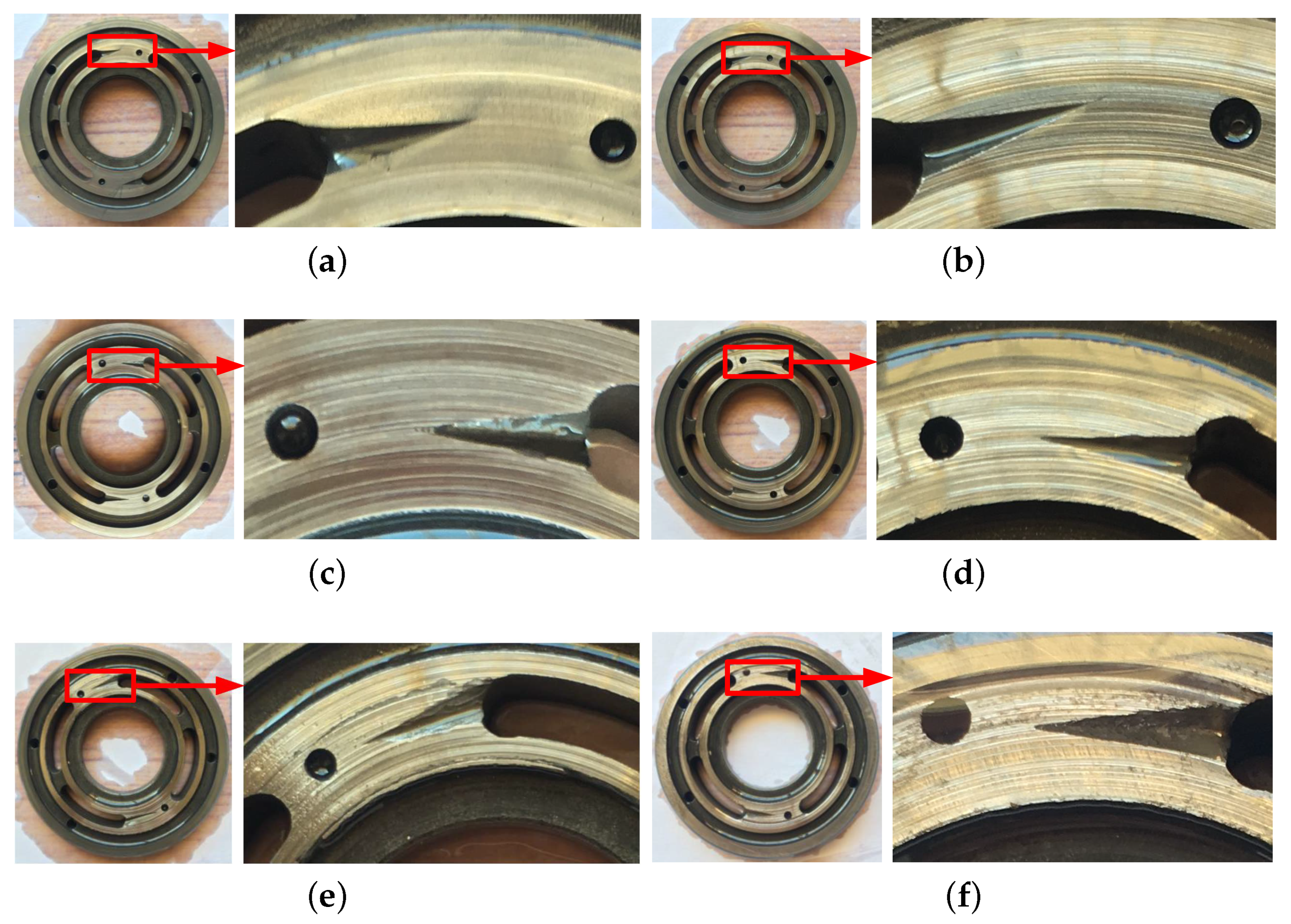 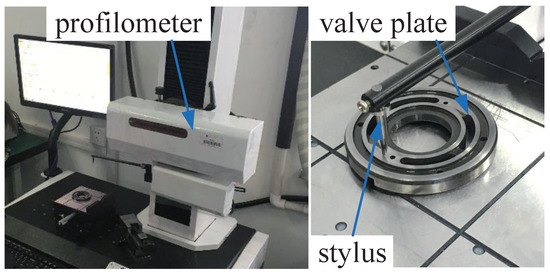 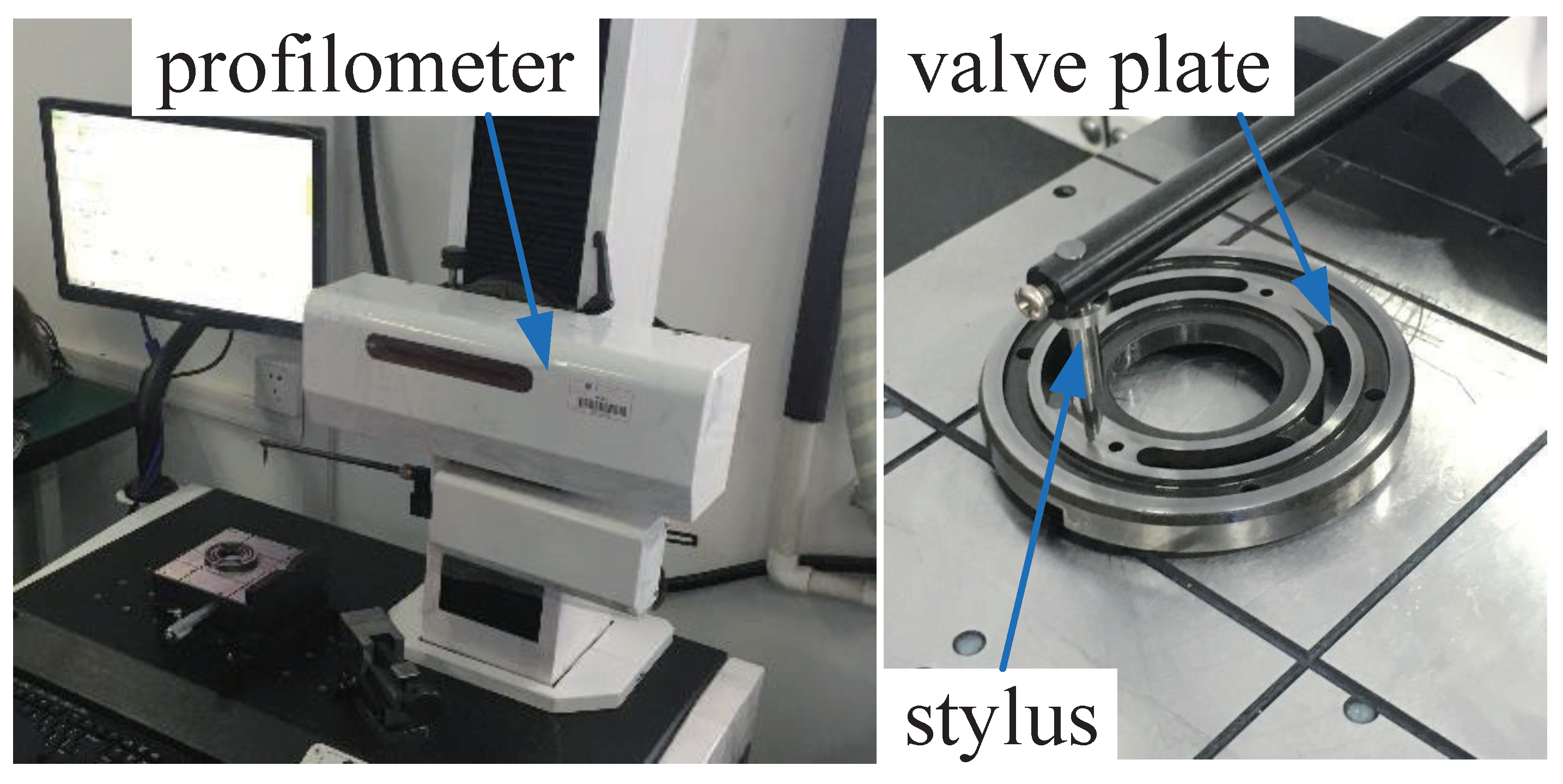 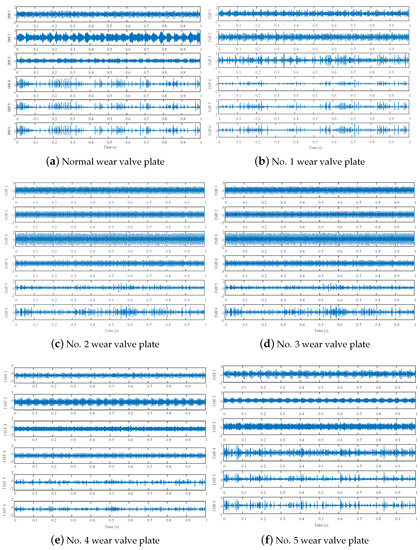 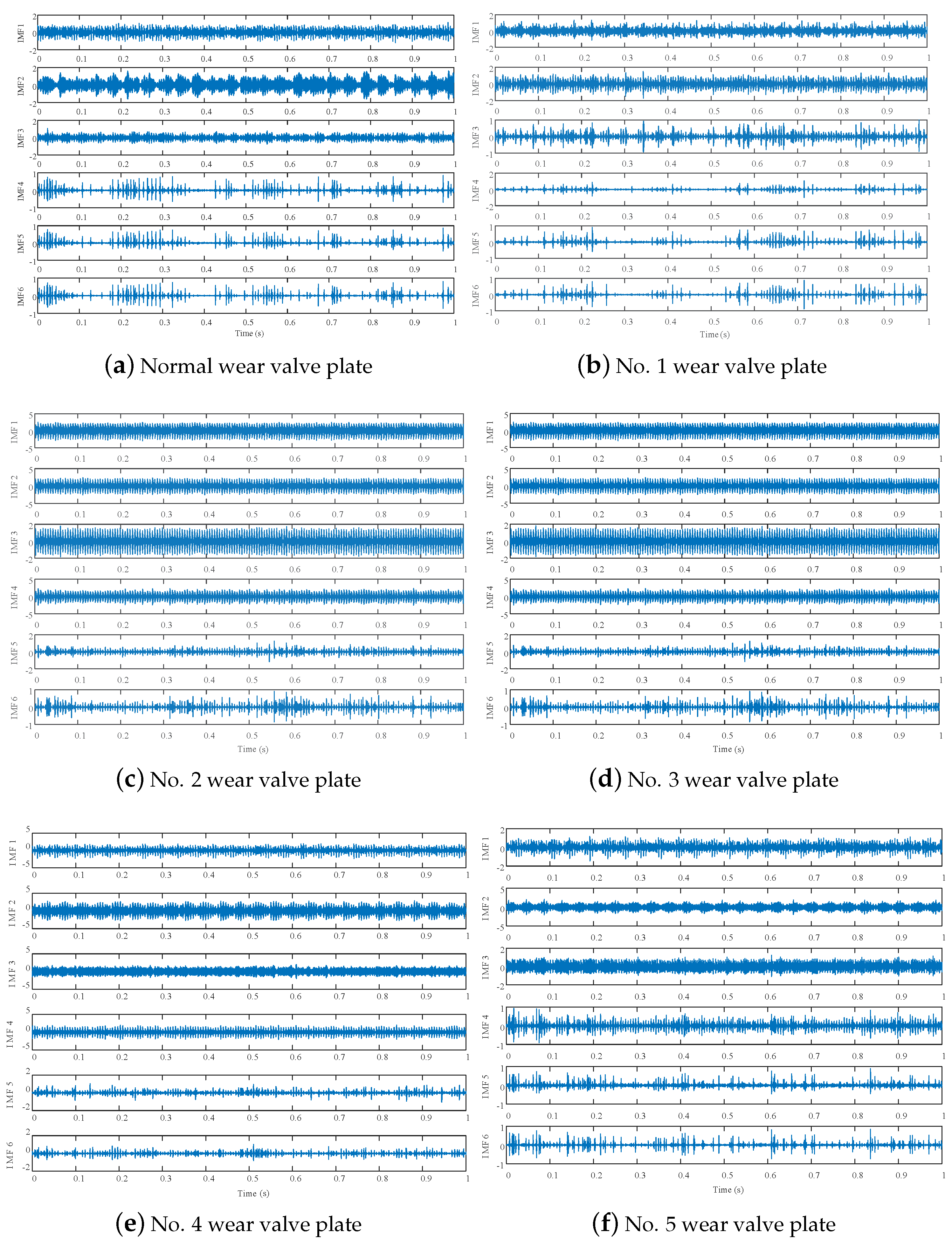 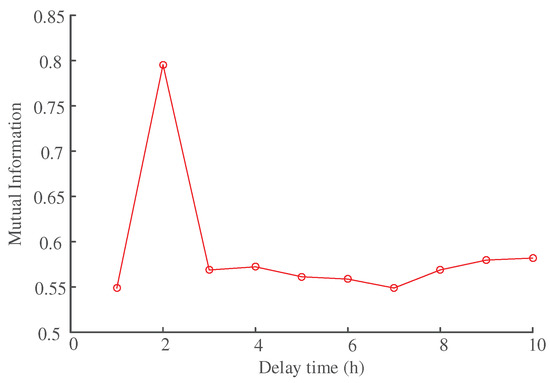 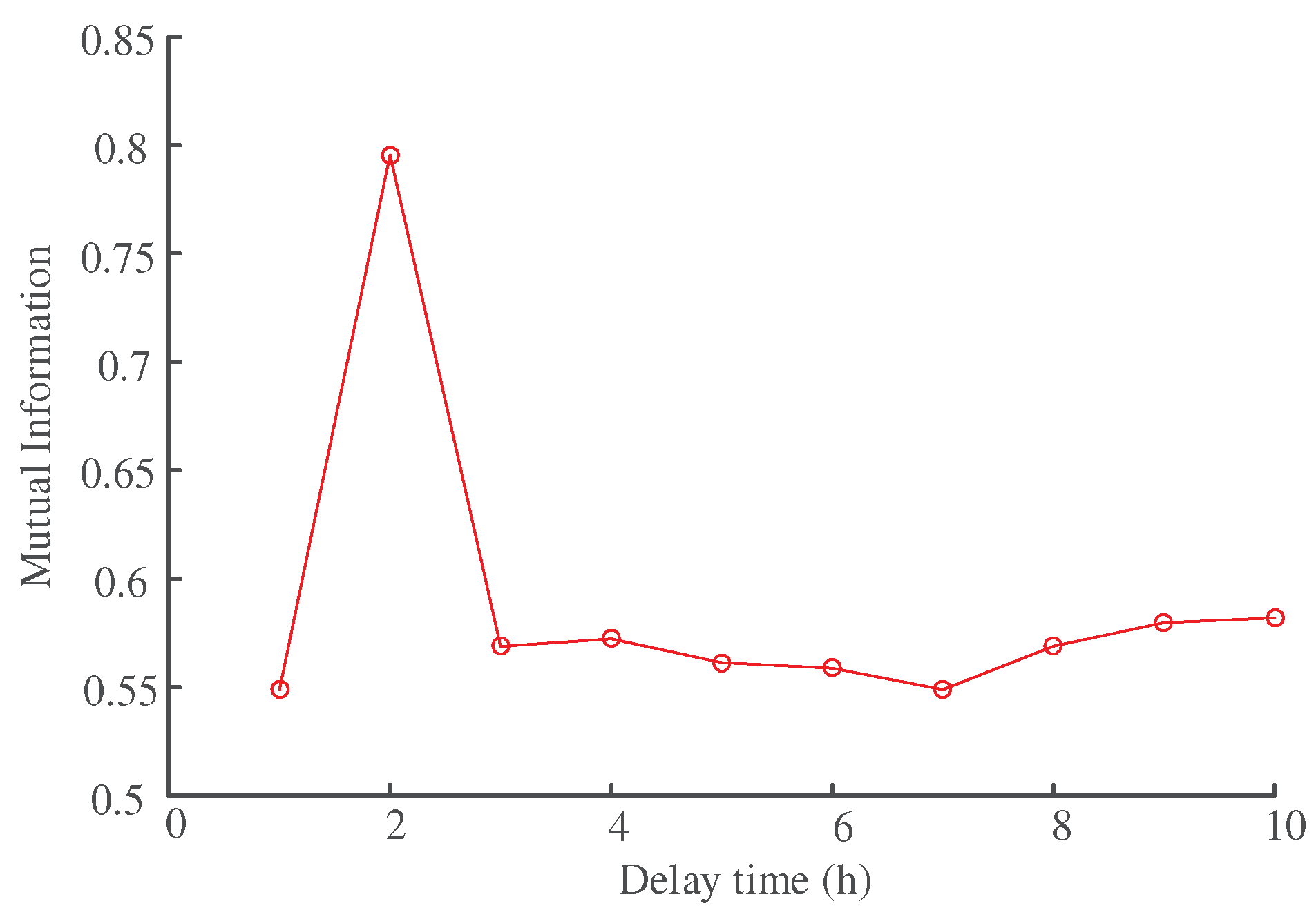 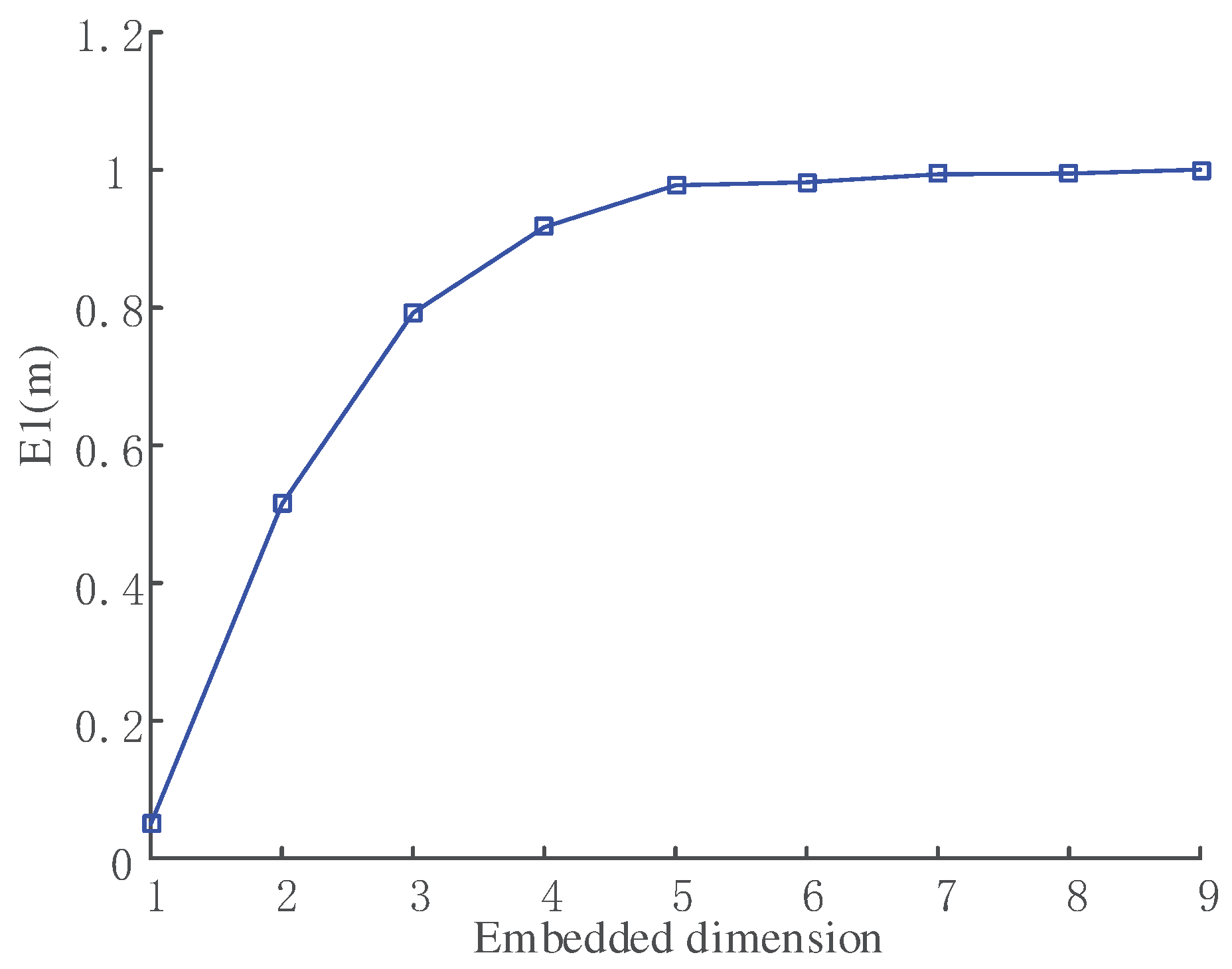 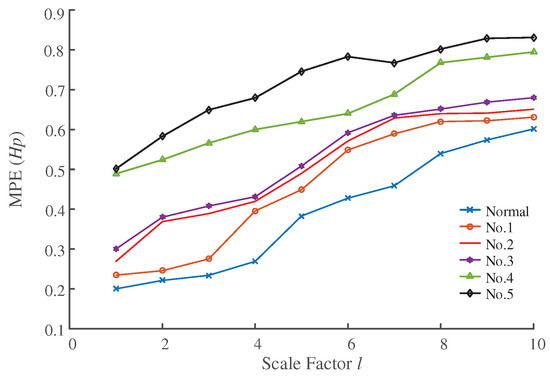 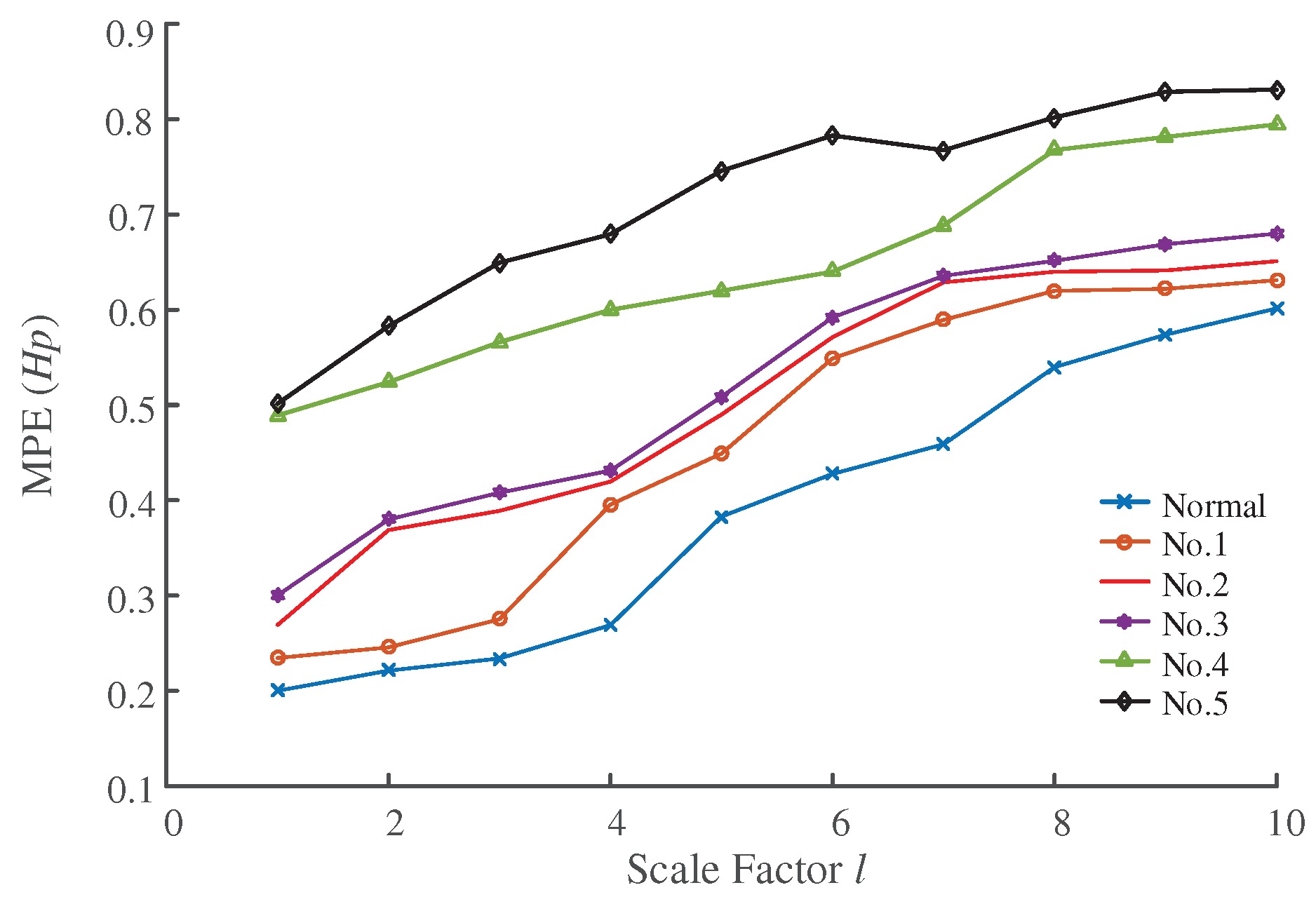 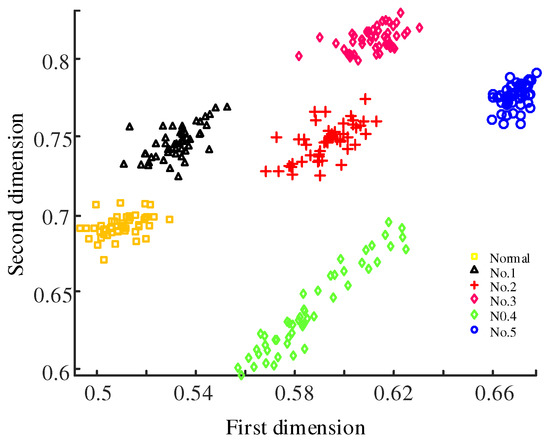 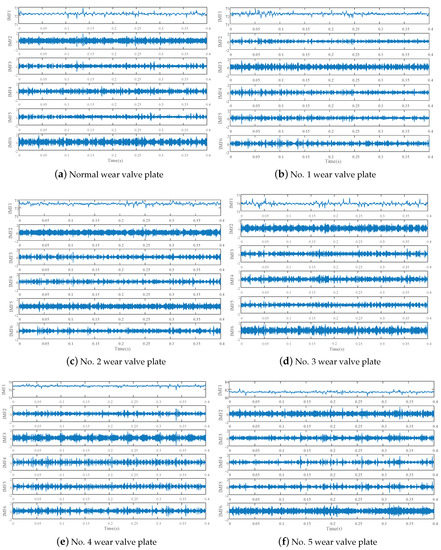 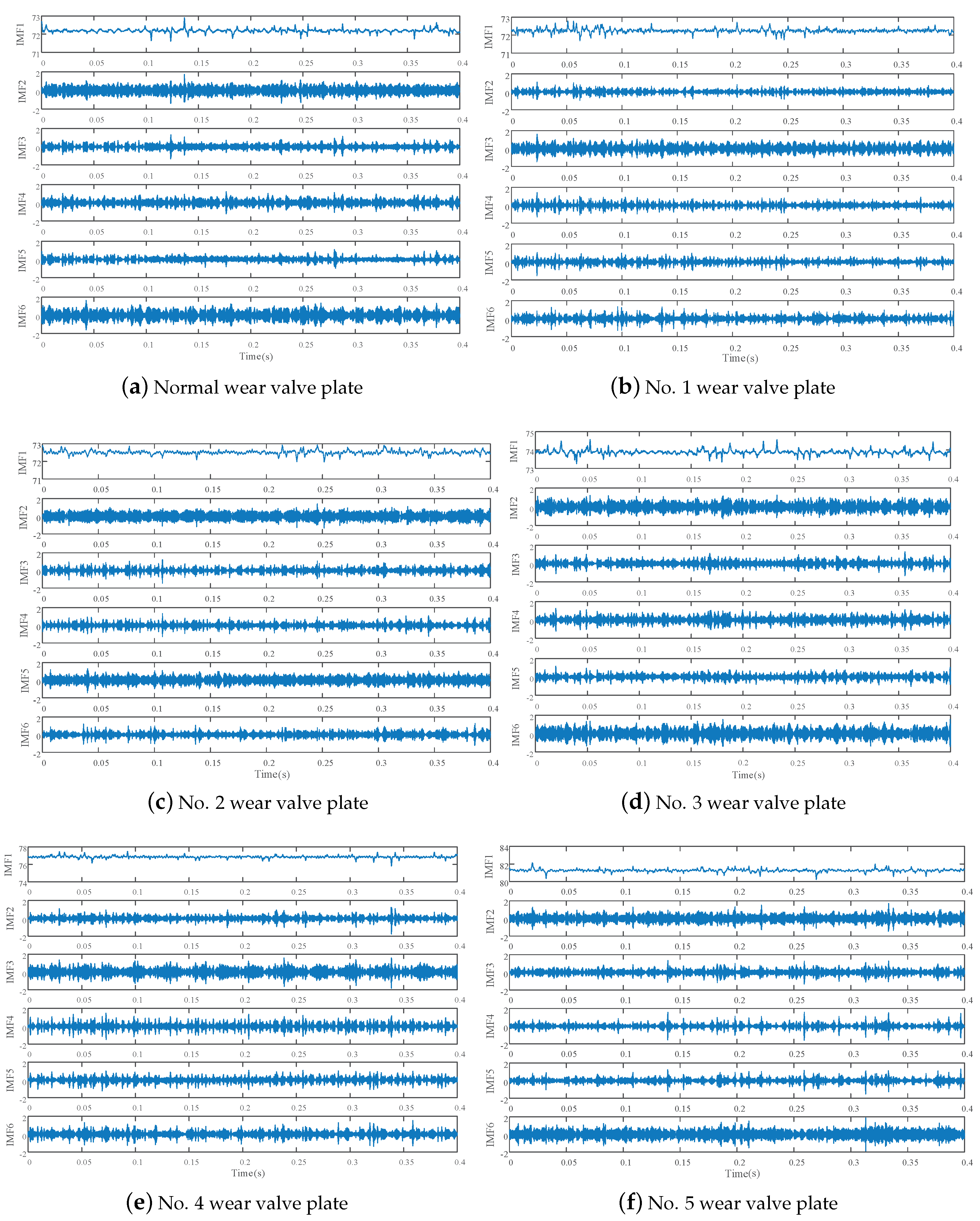 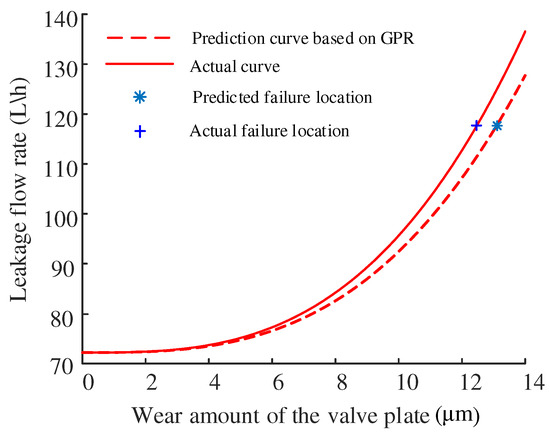 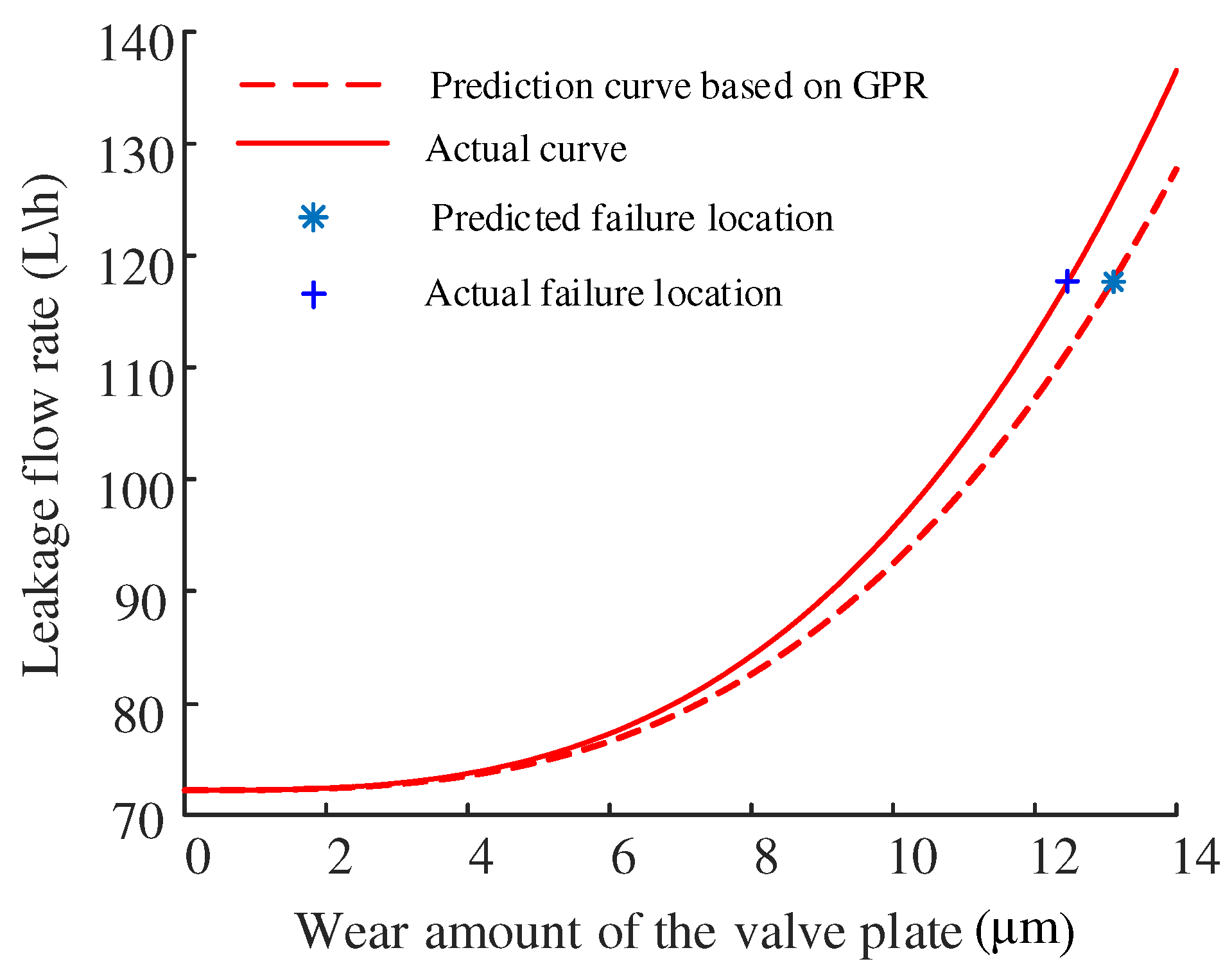 Table 8. Gaussian process regression estimation error table.
Table 8. Gaussian process regression estimation error table.
© 2020 by the authors. Licensee MDPI, Basel, Switzerland. This article is an open access article distributed under the terms and conditions of the Creative Commons Attribution (CC BY) license (http://creativecommons.org/licenses/by/4.0/).
We use cookies on our website to ensure you get the best experience. Read more about our cookies here.
Accept
We have just recently launched a new version of our website. Help us to further improve by taking part in this short 5 minute survey here. here.
Never show this again