clear
Please note that, as of 1 January 2016, Chromatography has been renamed to Separations and is now published here.
Open AccessCommunication

Security control is becoming a major global issue in strategic locations, such as airports, official buildings, and transit stations. The agencies responsible for public security need powerful and sensitive tools to detect warfare agents and explosives. Volatile signature detection is one of the fastest and easiest ways to achieve this task. However, explosive chemicals have low volatility making their detection challenging. In this research, we developed and evaluated fast chromatographic methods to improve the characterization of volatile signatures from explosives samples. The headspace of explosives was sampled with solid phase micro-extraction fiber (SPME). Following this step, classical gas chromatography (GC) and comprehensive two-dimensional GC (GC×GC) were used for analysis. A fast GC approach allows the elution temperature of each analyte to be decreased, resulting in decreased thermal degradation of sensitive compounds (e.g., nitro explosives). Using fast GC×GC, the limit of detection is further decreased based on the cryo-focusing effect of the modulator. Sampling of explosives and chromatographic separation were optimized, and the methods then applied to commercial explosives samples. Implementation of fast GC methods will be valuable in the future for defense and security forensics applications. View Full-Text
Keywords: fast chromatography; GCxGC-TOFMS; explosive; SPME fast chromatography; GCxGC-TOFMS; explosive; SPME
►▼ Show Figures 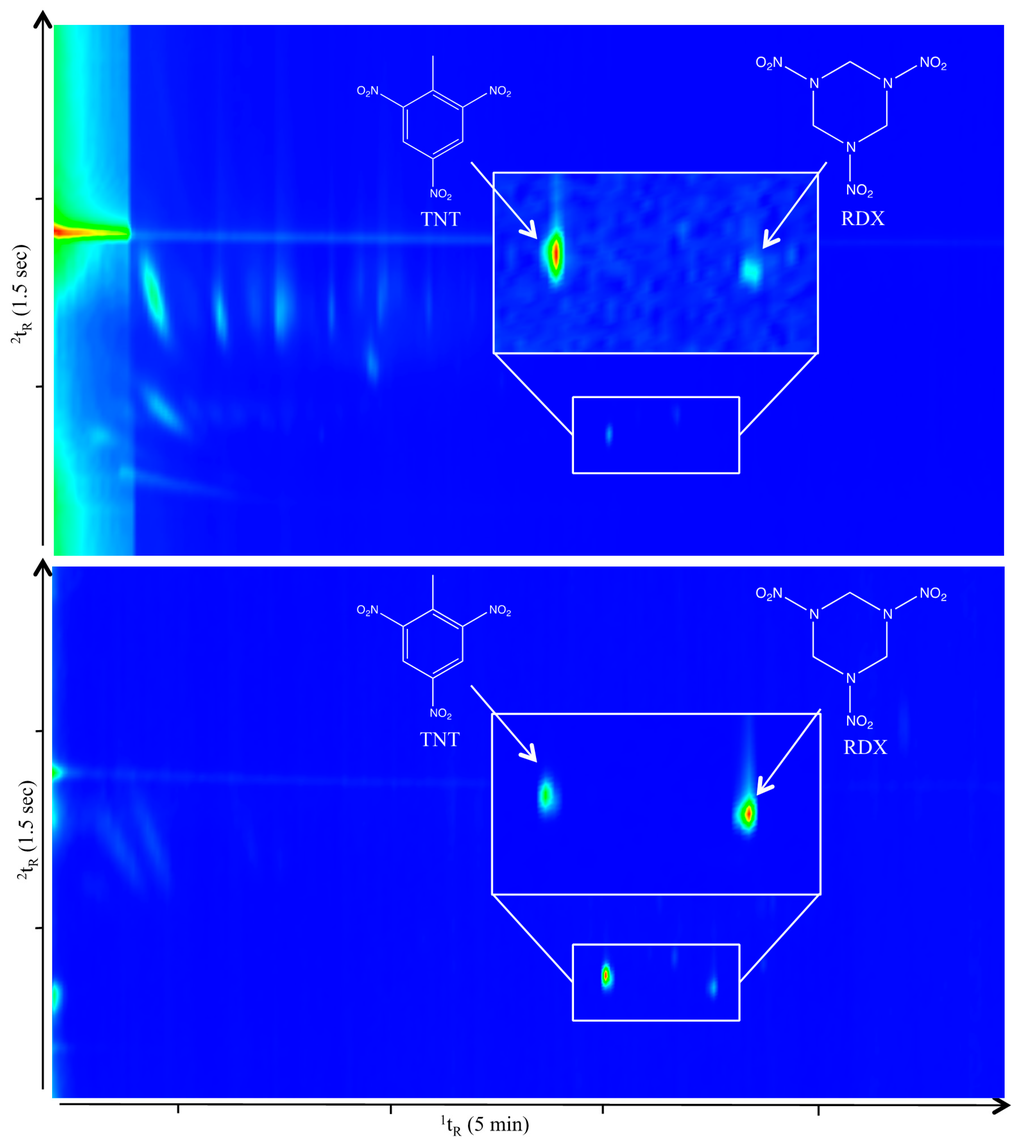