Mycotoxins are a group of secondary metabolites produced by different species of filamentous fungi and pose serious threats to food safety due to their serious human and animal health impacts such as carcinogenic, teratogenic and hepatotoxic effects. Conventional methods for the detection of mycotoxins include gas chromatography and high-performance liquid chromatography coupled with mass spectrometry or other detectors (fluorescence or UV detection), thin layer chromatography and enzyme-linked immunosorbent assay. These techniques are generally straightforward and yield reliable results; however, they are time-consuming, require extensive preparation steps, use large-scale instruments, and consume large amounts of hazardous chemical reagents. Rapid detection of mycotoxins is becoming an increasingly important challenge for the food industry in order to effectively enforce regulations and ensure the safety of food and feed. In this sense, several studies have been done with the aim of developing strategies to detect mycotoxins using sensing devices that have high sensitivity and specificity, fast analysis, low cost and portability. The latter include the use of microarray chips, multiplex lateral flow, Surface Plasmon Resonance, Surface Enhanced Raman Scattering and biosensors using nanoparticles. In this perspective, thin film sensors have recently emerged as a good candidate technique to meet such requirements. This review summarizes the application and challenges of thin film sensor devices for detection of mycotoxins in food matrices. View Full-Text
Keywords: thin films; mycotoxins; food analysis; biosensors thin films; mycotoxins; food analysis; biosensors
►▼ Show Figures 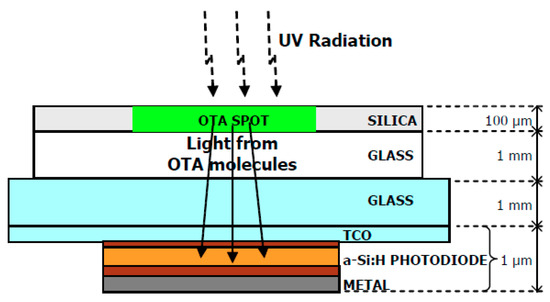