Electrical discharge machining (EDM) is a manufacturing process which is typically classified as a non-traditional manufacturing process. EDM has several advantages over traditional manufacturing processes such as turning or milling, because there is no direct contact between the part and the tool, and the hardness of the so-processed materials does not affect the result. In the field of EDM, technological tables are of great interest since, by using them, it is possible to determine in advance the optimal machining conditions for a certain strategy that either maximizes material removal or reduces electrode wear, among other objectives. These technological tables are usually employed for electrical discharge machining of steel, but their number is significantly less in the case of other materials. In the research study of Torres et al. [1], technological tables were obtained for the case of TiB2, which is a low-machinability material, by using response surface methodology (RSM) that fitted a second-order polynomial regression model along with nonlinear programming. However, when regression models are not adequate to predict the behavior of response variables, because the values of the coefficients of determination are low, it is necessary to use other alternative methodologies. Therefore, in this present study, a methodology is proposed to obtain the technological tables using a Sugeno type fuzzy inference system (FIS). As shown, the results obtained with this FIS significantly improve those obtained using response surface methodology and, therefore, the results obtained are more reliable than those obtained by RSM. In the research study of Torres et al. [2], a new energy density model was proposed and a 43 factorial design was employed for modeling the behavior of the arithmetical mean roughness (Ra), the electrode wear (EW), and the material removal rate (MRR) in the EDM machining of an Inconel® 600 alloy using Cu–C electrodes (Inconel is a registered trademark of Special Metals Family of Companies). However, in this study, the technological tables for this alloy were not developed. Furthermore, as shown in this study [2], the regression models obtained using RSM were able to adequately predict Ra and MRR values with R-squared values greater than 0.95; however, in the case of EW, response surface methodology was not able to adequately predict the EW behavior. Therefore, to fill these gaps, a Takagi–Sugeno [3,4] fuzzy inference system (FIS) is proposed in this present study to model the behavior of Ra, MRR, and EW and to obtain the technological tables for this Inconel® 600 alloy, within the range of the considered variation levels of the parameters under study. In addition, a comparative study is performed between the results provided by RSM and the results provided by the FIS system. In [5] a methodology was developed to obtain the values of technological tables for the case of B4C, SiSiC and WC-Co conductive ceramic materials. However, as in the technological tables developed in [1], when regression models are not adequate to predict the behaviour of response variables, it is necessary to use other alternative methodologies. As shown below, the FIS can predict the output values more efficiently than by using regression. Data shown in Table 1 and Table 2 that were taken from the above-mentioned study [2] are used in this present work in order to analyze a case study and to develop a fuzzy inference system for modeling the behavior of these technological variables (Ra, EW, and MRR), as well as show the application of the proposed methodology in order to obtain the technological tables. These technological tables are widely used for steel, while their number is significantly less in the case of other materials. In any case, it is considered that the proposed methodology could be generally applied to any other material and for other manufacturing processes. Hence, it is considered that the present methodology for obtaining the technological tables may be of interest in the event that the input variables can be continuously varied and, thus, in this way, it could be possible to select the most appropriate operating conditions in advance.

This section presents the results obtained by applying the methodology described in the previous section. In order to develop the present study, experimental values obtained by Torres et al. [2] are employed. As previously mentioned, this material is a nickel–chromium alloy (Inconel® 600). The ranges of variation of the inputs and outputs are shown in Table 1 and Table 2.
Table 2 shows the results obtained after EDM of Inconel® 600 alloy, where the material removal rate (MRR) and the electrode wear (EW) are defined from Equations (2) and (3), respectively.
As is well known, is defined from the UNE-EN-ISO 4287:1999 norm [41] as the arithmetic average roughness of the absolute values of the roughness profile ordinates (where is the height of the profile evaluated in any position “”) that are included in a sampling length () of the roughness profile, which can be obtained from Equation (5). This value is one of the most commonly employed parameters in industry. Therefore, it is used in order to classify the roughness values in order to develop the technological tables.
Figure 2 shows the profile for the determination of the parameter, where is the profile measured from the mean line, and is the sampling length, while Figure 3 shows the EDM equipment.

4.1. Analysis of Experimentation Using the FIS

4.2. Development of the Technological Tables

In this present study, a methodology that combines an experimental design with fuzzy modeling was used in order to obtain the technological tables that make it possible to select in advance the most suitable machining conditions in order to either maximize or minimize a certain objective function (in this case the material removal rate and wear of the electrode) in a process of EDM. In addition, a case study was analyzed for an Inconel® alloy.
Knowledge of the technological tables is very important since it makes it possible to select a certain machining strategy, so that it is possible to obtain certain values of roughness along with maximum material removal or minimum electrode wear. It was shown that the fuzzy model is capable of generating the results in a more efficient way than that obtained by conventional regression techniques. Moreover, the fuzzy model has the advantage that it is easy to incorporate new rules into the model, in the event that there are additional experimental tests.
In this present study, it was shown that the FIS allows the behavior of the technological variables used in the EDM processes to be adequately modeled and that the statistical values provided by this methodology, which were quantified by RMSE, MAE, and R-squared, are much better than those obtained by conventional methods. Therefore, the use of a FIS to obtain the EDM technology tables may be an interesting alternative, due to the fact that higher precision can be obtained compared to that obtained by traditional RSM-based methodologies.
It is felt that the present methodology for obtaining the technological tables may be of interest in the event that the input variables to the EDM equipment can be varied continuously and, thus, it could be possible to select the most appropriate operating conditions in advance. Likewise, it is felt that the proposed methodology could be generally applied for any other material and for other manufacturing processes.
Finally, it should be mentioned that it would have been possible to perform a reverse approach, that is, to train the model from the experimental data in order to obtain an adaptive neuro-fuzzy inference system; then, the technological tables could have been obtained. This will be done in a future study. 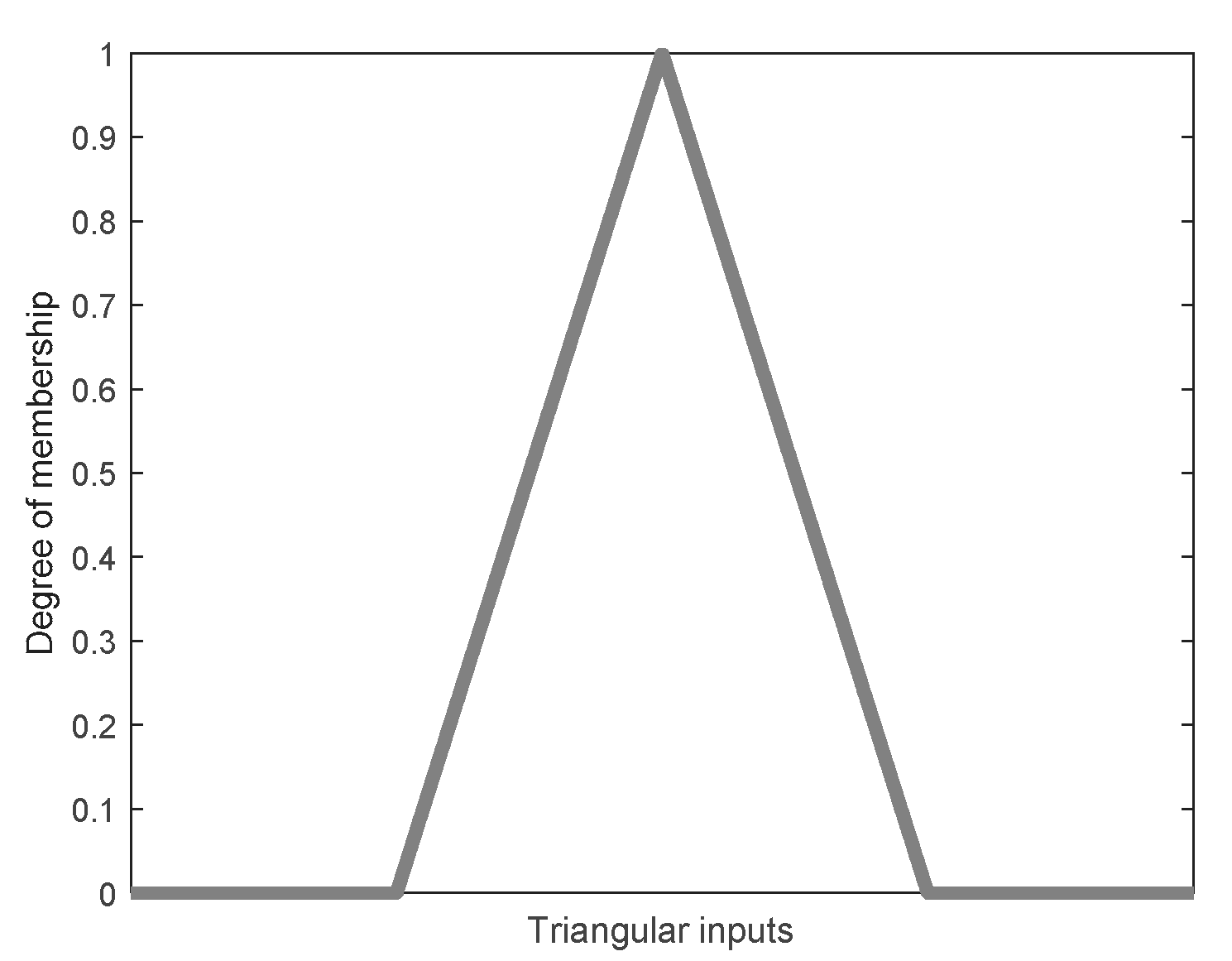 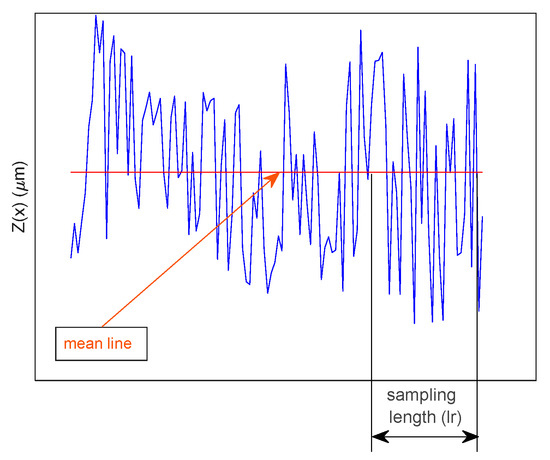 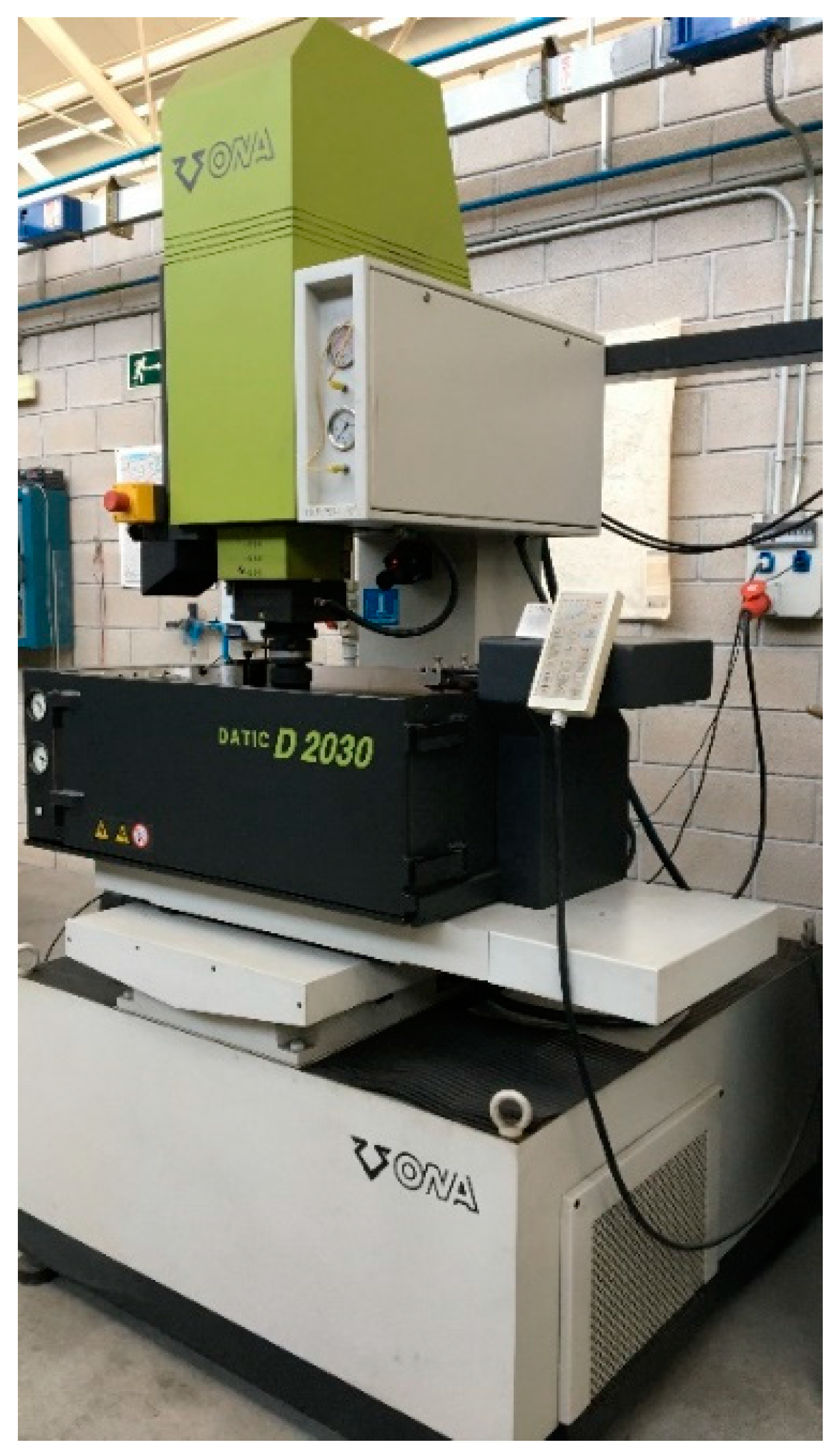 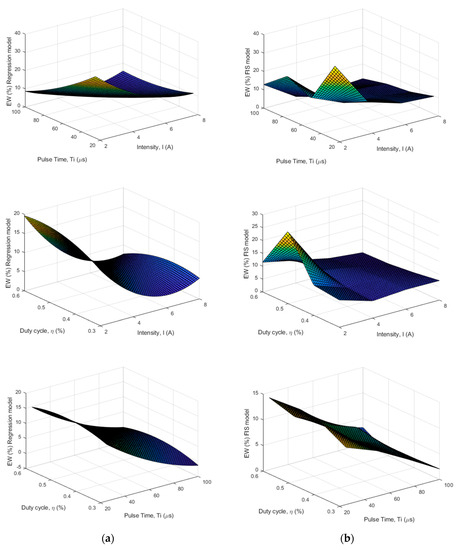 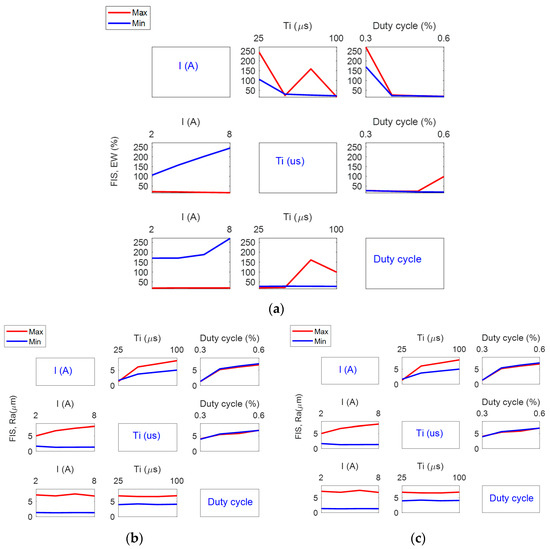 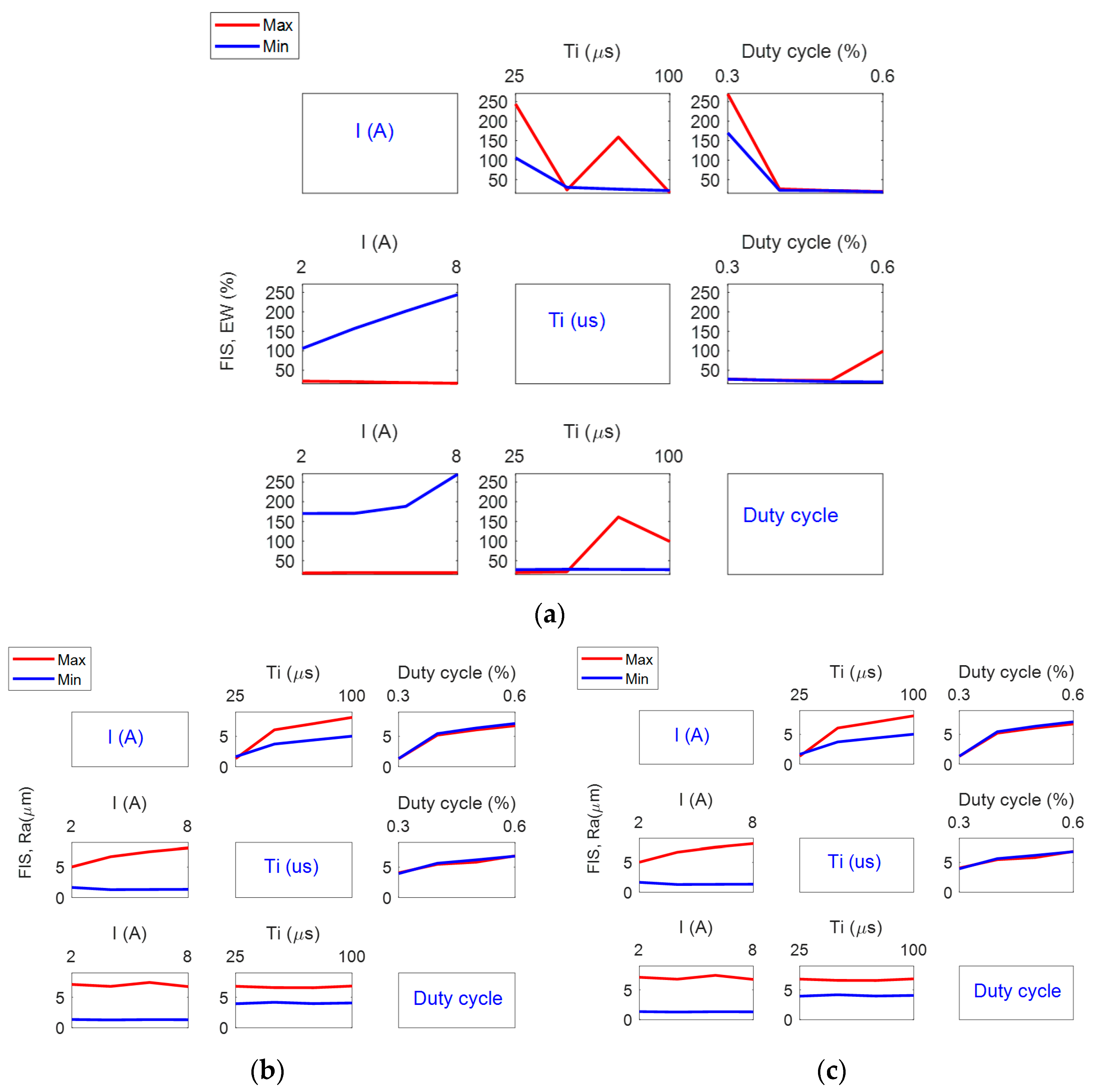