Trend Analysis of Air Temperature in the Federal District of Brazil: 1980–2010

This study was designed to identify trends in maximum, minimum, and average air temperatures in the Federal District of Brazil from 1980 to 2010, measured at five weather stations. Three statistical tests (Wald–Wolfowitz, Cox–Stuart, and Mann–Kendall) were tested for their applicability for this purpose, and the ones found to be most suitable for the data series were validated. For this data sample, it was observed that the application of the Wald–Wolfowitz test and its validation by the Cox–Stuart and Mann–Kendall tests was the best solution for analyzing the air temperature trends. The results showed an upward trend in average and maximum air temperature at three weather stations, a downward trend at one, and the absence of any trend at two. If the trend of increasing air temperature in the Federal District persists, it could have a negative impact on various sectors of society, mainly on the health of the population, especially during the dry season when more cases of respiratory diseases are registered. These results could serve as inputs for public administrators involved in the planning and formulation of public policies. View Full-Text
Keywords: trend; air temperature; Wald–Wolfowitz; Cox–Stuart; Mann–Kendall trend; air temperature; Wald–Wolfowitz; Cox–Stuart; Mann–Kendall
►▼ Show Figures 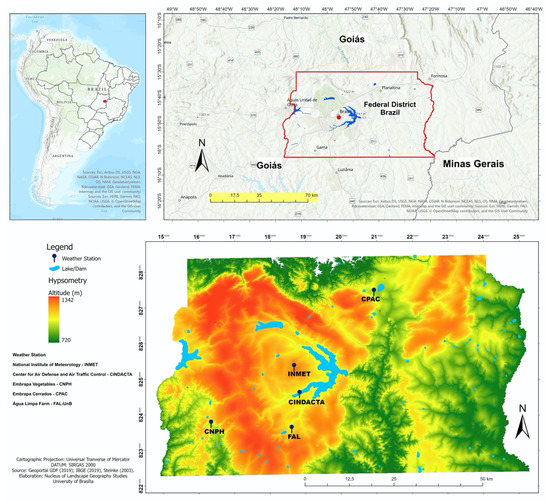