Efficient water management plans should rely on quantitative metrics for assessing water resource shortage scenarios. This study develops a simplified precipitation index (PI) requiring precipitation data only in order to assess hydrometeorological droughts affecting various hydrological systems. The PI index is inspired by the famous Standardized Precipitation Index (SPI), and it aims to provide the same indication for drought severity and duration while overcoming the disadvantage of needing hydrological data normalization. Avoiding hydrological data normalization overcomes the non-satisfactory results of this procedure that were reported in previous studies. Analysis of groundwater drought drivers in the arid region of Kuwait is presented to test the index applicability at timescales 12 and 24 months using available historical precipitation data from 1958 to 2017. A bivariate joint probability analysis was conducted by Clayton copula to assess the occurrence of certain drought severities and durations. The results showed that PI is comparable to the original SPI and provides drought severity linearly propagating with respect to time. This index constitutes a simple means to help water managers assess and describe the impact of droughts in precipitation-controlled systems and establish appropriate water management plans.
Keywords: drought; precipitation index; bivariate probability; arid regions drought; precipitation index; bivariate probability; arid regions

The state of Kuwait, which has one of the most arid and dry inhabited climates in the world, is located on the west side of Asia (Figure 1). With an average long-term annual precipitation depth of 115.7 mm, the extremely hot and dry summer months from May to August develop annual evaporation depths exceeding 3500 mm. Such arid climatic conditions diminish annual precipitation and place the country under high stress of water scarcity as no freshwater surface bodies exist.
With the rapid increase in population, efficient water management practices are needed to sustain prolonged drought periods. The water supply in Kuwait is produced through seawater desalination processes, which can barely fortify against the increasing water demand. Groundwater resources represent another alternative. Brackish groundwater reserves are primarily used for irrigation or mixing with desalinated water [21]. Substantial quantities of freshwater lenses, which represent the only natural potable water available, are found in the northern part of the country in Al-Rawdatain and Umm Al-Aish depressions.

In general, groundwater resources in Kuwait occur in two major aquifers (Figure 2). The upper one is known as the Kuwait group, consisting of silty and gravelly sand. The Kuwait group is unconfined, with upper and lower formations separated by an aquitard layer. The lower aquifer is confined known as the Dammam group, consisting of chalky-dolomitic limestone [21]. Freshwater lenses of Al-Rawdatain and Umm Al-Aish depressions are found in the upper formation of Kuwait group. The water there has total dissolved solids (TDS) less than 1000 ppm. Because they float above saline groundwater, the freshwater lenses of Al-Rawdatain and Umm Al-Aish depressions are considered highly vulnerable to overexploitation.
Owing to the low annual rainfall and high evaporation rates, groundwater recharge through rainfall is generally negligible. However, due to the topographic setting at the Al-Rawdatain and Umm Al-Aish depressions, rainwater accumulates and infiltration delivers freshwater to the subsurface within a short period [22]. Since rainfall is the only natural inflow at the freshwater lenses, understanding precipitation patterns and the contribution of prolonged droughts to alternating recharge is vital for water managers to achieve long-term sustainability.

Monthly precipitation data are collected from a synoptic weather station installed at Kuwait International Airport (KIA). The weather station is about 70 km and 60 km away from Al-Rawdatain and Umm Al-Aish depressions, respectively. Although other weather stations are available, a single dataset from KIA is spatially representative for the climate in the entire country, since the variance in topography in the state is relatively small with nearly flat surface elevations. A comparison performed in Figure 3 demonstrates that the weather stations in the urban zone provide seasonal averages of monthly total rainfall very similar, within ±3 mm variations. Table 1 shows descriptive statistics for precipitation data collected from KIA station.
For the study area, automated weather station was not installed in the vicinity Al-Rawdatain and Umm Al-Aish depressions until 2011. Table 2 shows a comparison between KIA weather station and the recently installed Saberya station from May 2011 until May 2018. It is evident from the descriptive statistics shown in the table that the variability between the two stations is minimal. Considering the short precipitation record available at Saberya, the appropriateness of this station in drought analysis would be questionable. Therefore, precipitation records from KIA are used in this study as they are considered reliable regarding drought analysis purposes. The range of rainfall data from this station is long and continuous enough, from January 1958 to December 2017, that it can be implemented for comprehensive meteorological analysis [23]. Table 2 demonstrates the descriptive statistics for annual precipitation records at Kuwait International Airport weather station. The rainfall records from Kuwait International Airport will be used here in this study to indicate, on average, the rainfall pattern near the depressions of Al-Rawdatain and Umm Al-Aish. It should be mentioned that a small range of rainfall data from KIA is not available, as it was not recorded for the entire country from August 1990 to May 1991 due to the second Gulf War.

3.2.1. Case Study of Groundwater Aquifers in the State of Kuwait

The methodology presented considers only the meteorological driver (precipitation deficit) for assessing hydrological drought in terms of water reserve depletion with no signature of anthropogenic activities that may contribute to the worst drought scenarios, for example, groundwater overexploitation. For the case study considered here, nearly all groundwater originates from precipitation, which percolates through the unsaturated zone to recharge the subsurface freshwater lens. In such an arid climate, the amount of water that is deliverable to the freshwater reserve is strongly controlled by precipitation frequency and intensity. PI is a drought index that is solely dependent on precipitation, therefore it presents an efficient tool for reflecting drought status in the precipitation-controlled aquifer system in the study area.
In addition, anthropogenic stresses to the groundwater reserves through abstraction in the study area are minimal. Previous studies estimated that the annual recharge volumes to Al-Rawdatain basin are in the order of millions of cubic meters while current withdrawals rates do not exceed 100,000 m3/year [22,37,38,39,40]. On the other hand, at Umm-Al-Aish basin, there are no current withdrawals due to the lower quality of groundwater. The estimated recharge and current withdrawals rates reported in the literature support the suitability of PI application as a meteorologically based index for the hydrological drought assessment of Al-Rawdatain and Umm-Al-Aish basins in the State of Kuwait.

Even though the PI was tested for assessing groundwater drought in the study area, its application to other groundwater systems should be done with caution. PI should only be applied to groundwater systems (or any other hydrological systems that are solely dependent on precipitation). The existence of extensive anthropogenic stresses and other hydrological variables which can contribute to the fluctuations of water reserves such as the regional lateral flows can limit the capabilities of PI. In such conditions, PI cannot present robust results for drought assessment. However, it could provide preliminary drought assessment that needs to be furtherly validated by considering major factors affecting the groundwater system of interest. Therefore, it is essential to establish a hydrological framework for the system of interest before applying PI for drought assessment.

The major objective of the current study was to present a surrogate drought index for when SPI fails to characterize droughts status. SPI calculations require using probabilistic transformation to normalize precipitation time series before applying the SPI equation. Wu et al. [41] utilized date from 218 weather stations across 40 states in the United States to examine the effect of no-precipitation seasons and dry climates on SPI calculations. The study concluded that under dry climate conditions SPI fails to indicate drought status. That is because precipitation time series is lower bounded by zero. Further, when the frequency of zero precipitation records increases, the accuracy of estimating the normal distribution tail is suspect, as the probability of zero rainfall events increases. This problem becomes even worse with shorter time scales of SPI calculations as the chances of zero rainfall increase.
The study of Wu et al. [41] recommended that SPI should be used with caution, especially in arid regions. Thus, the requirement of lifting normality in short term data sets becomes crucial. On the other hand, fitting normal distribution to long term precipitation data is less problematic as longer precipitation records tend to be closer to normal distribution deviate, therefore SPI can be used with higher level of confidence. Hence, PI may not be an efficient surrogate for SPI in cases when hydrological data are close to normal distribution.
Considering the time scales used for analyzing drought status in this study, SPI and PI are exhibiting similar drought characterization capabilities, However, if SPI and PI were used for drought analysis for other hydrological regimes which require shorter time scales (e.g., soil moisture, or irrigation systems), significant differences between the two indices is expected. Future research is required to further investigate the differences in drought analysis capabilities of the two indices in various temporal scales and in different hydrological regimes. Such research investigations require detailed hydrologic data from rivers, lakes, and soil moisture, which are important to agricultural countries that are not highly relevant to the arid country of Kuwait.

This study presented the development and implementation of PI for analyzing droughts. The index was inspired by the widely accepted SPI, with modification of the original SPI formula. The modification presented was meant to overcome a key disadvantage in the original SPI calculation procedure by replacing the standard deviation term in the original SPI formula with a sample mean. PI was found to have similar and comparable drought characterization capabilities as the original SPI. Future research is needed to quantify how strong PI is in comparison to SPI, especially in the cases exhibiting non-satisfactory probability distribution fitting. The PI was tested for the assessment of the groundwater drought status in the state of Kuwait. The results showed precipitation drought propagating linearly through time. Contour plots for the bivariate probability of occurrence of drought severity and duration showed that the 24-month timescale was more appropriate in providing indications regarding groundwater reserve depletion. The application of PI showed no major trend in the occurrence of drought in the period tested for the case study, from 1958 to 2017. Further research is needed to confirm this finding, which is subject to the availability of longer precipitation records. As a meteorological drought index, PI was found suitable for assessing the hydrological drought status in a precipitation-controlled groundwater system. The implementation of PI to other hydrological regimes for drought assessment should be done with caution if these systems of interest are being influenced by other factors which can affect their water reserve fluctuation. The simplified PI can be used with a proper selection of timescale to assess drought impacts on hydrological systems according to Equation (19). The results here aim to help water managers develop drought mitigation plans, especially in regions with high water stress.

The author acknowledges the funding of this research through Kuwait University (research sector grant: ZE01/19) 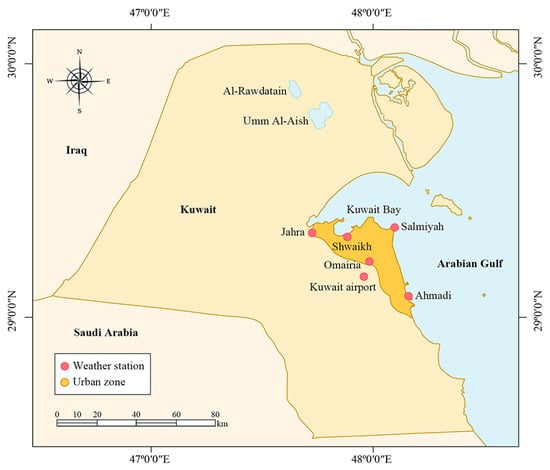 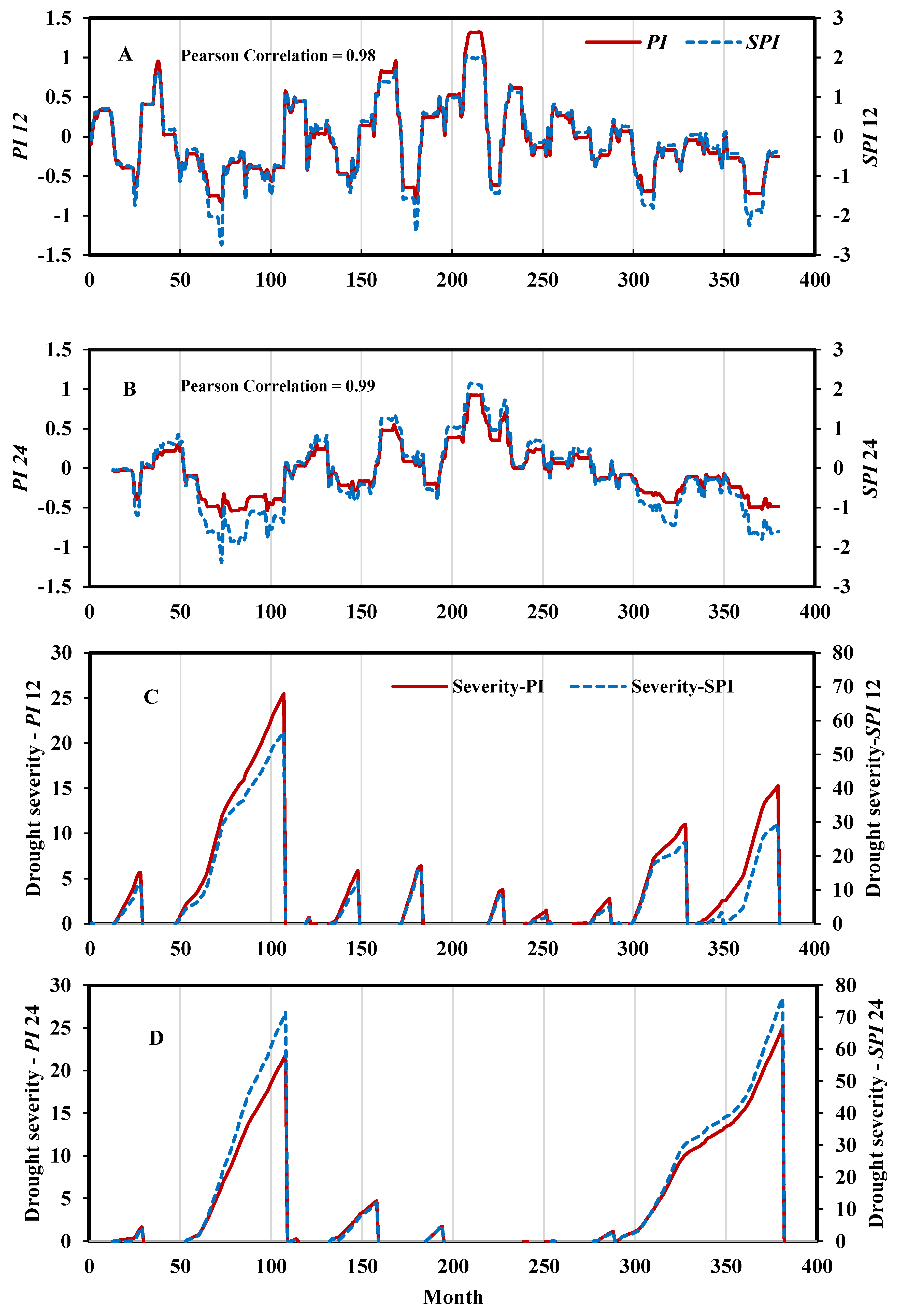 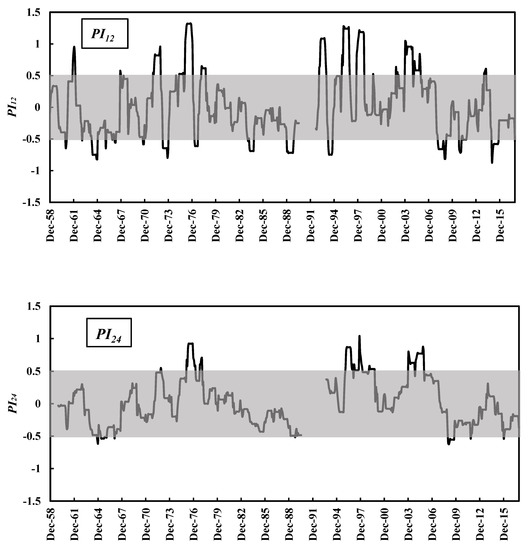 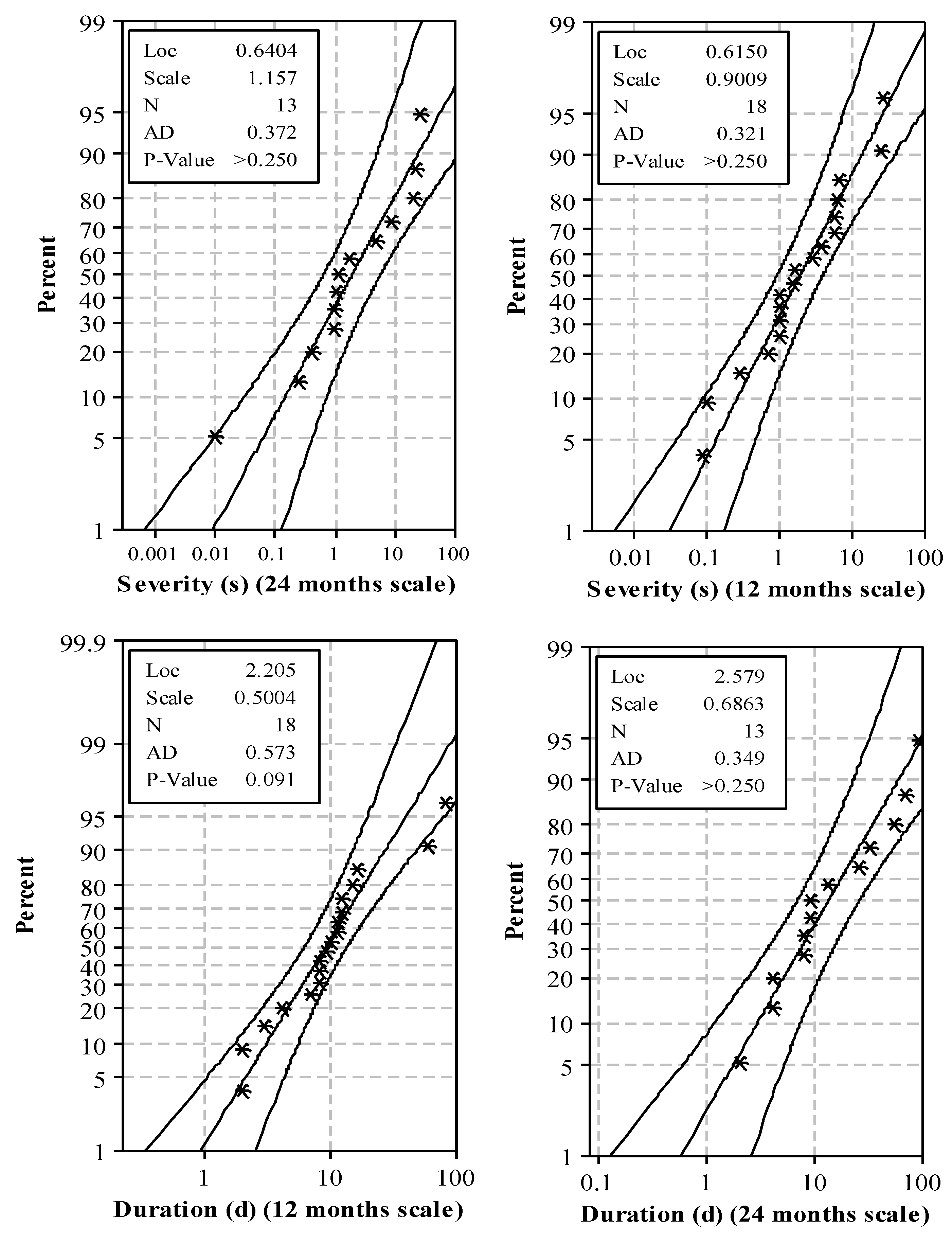 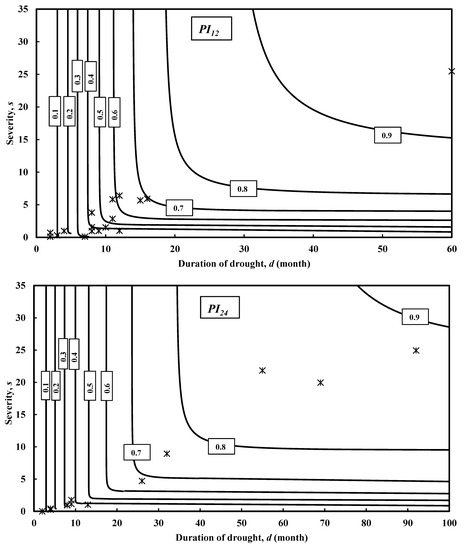