Field experiments were conducted to test different agronomic practices, such as soil cultivation, fertilization, and pest and weed management, in highly controlled plot cultivation. The inter-annual yields and the interpretation of such experiments is highly affected by the variability of climatic conditions and fertilization level. We examined the effect of different climate indices, such as winterkill, late spring frost, early autumn frost, different drought parameters, precipitation-free periods, and heat-related stress, on winter wheat yield. This experiment was conducted in an agricultural area with highly fertile conditions, characterized by a high available water capacity and considerable C and N contents in lower soil depths. Residuals were calculated from long-term yield trends with a validated method (time series autoregressive integrated moving average ARIMA) and these served as base values for the detection of climate-induced, short-term, and inter-annual variations. In a subsequent step, the real yield values were used for their derivations from climate factors. Residuals and real yields were correlated with climate variables in multiple regression of quantitative analyses of the yield sensitivity. The inter-annual variation of yields varied considerably within the observation period. However, the variation was less an effect of the climatic conditions during the main growing time periods, being more of an effect of the prevailing climate conditions in the winter period as well as of the transition periods from winter to the warmer season and vice versa. The high storage capacity of plant available water exerted a remarkable dampening effect on drought-induced effects during the main vegetation periods. Increasing fertilization led to increased susceptibility to drought stress. The results indicate a changed picture of the yield development in these fertile locations. View Full-Text
Keywords: winter wheat; climate indices; crop production; plant growth; fertile site winter wheat; climate indices; crop production; plant growth; fertile site
►▼ Show Figures 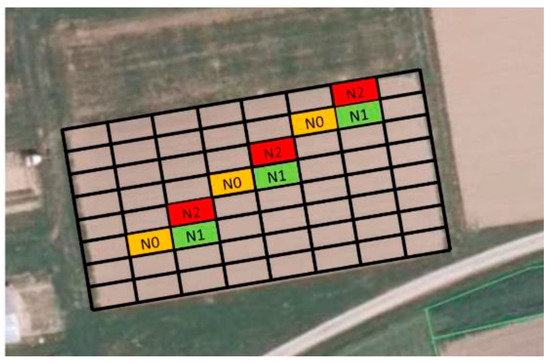