Impact of Nitric Oxide (NO) on the ROS Metabolism of Peroxisomes

Nitric Oxide: Its Generation and Interactions with Other Reactive Signaling Compounds

Nitric oxide (NO) is an immensely important signaling molecule in animals and plants. It is involved in plant reproduction, development, key physiological responses such as stomatal closure, and cell death. One of the controversies of NO metabolism in plants is the identification of enzymatic sources. Although there is little doubt that nitrate reductase (NR) is involved, the identification of a nitric oxide synthase (NOS)-like enzyme remains elusive, and it is becoming increasingly clear that such a protein does not exist in higher plants, even though homologues have been found in algae. Downstream from its production, NO can have several potential actions, but none of these will be in isolation from other reactive signaling molecules which have similar chemistry to NO. Therefore, NO metabolism will take place in an environment containing reactive oxygen species (ROS), hydrogen sulfide (H2S), glutathione, other antioxidants and within a reducing redox state. Direct reactions with NO are likely to produce new signaling molecules such as peroxynitrite and nitrosothiols, and it is probable that chemical competitions will exist which will determine the ultimate end result of signaling responses. How NO is generated in plants cells and how NO fits into this complex cellular environment needs to be understood. View Full-Text
Keywords: antioxidants; hydrogen gas; hydrogen peroxide; hydrogen sulfide; nitric oxide; reactive oxygen species antioxidants; hydrogen gas; hydrogen peroxide; hydrogen sulfide; nitric oxide; reactive oxygen species
►▼ Show Figures 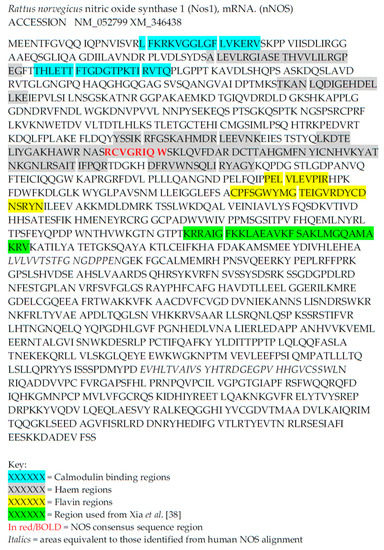