Evaluating the Endophytic Activities of Beauveria bassiana on the Physiology, Growth, and Antioxidant Activities of Extracts of Lettuce (Lactuca sativa L.)
Next Article in Special Issue

LC-MS/MS Profiles and In Vitro Biological Activities of Extracts of an Endemic Species from Turkey: Stachys cretica ssp. anatolica 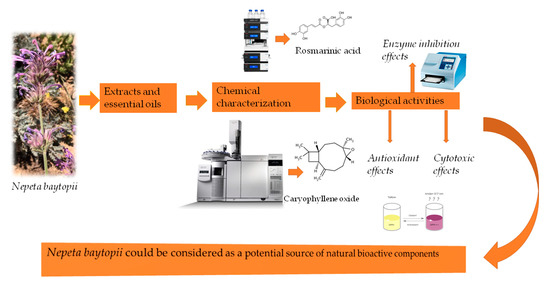