Potential of UAVs for Monitoring Mudflat Morphodynamics (Application to the Seine Estuary, France)

Spatial data acquisition is a critical process for the identification of the coastline and coastal zones for scientists involved in the study of coastal morphology. The availability of very high-resolution digital surface models (DSMs) and orthophoto maps is of increasing interest to all scientists, especially those monitoring small variations in the earth’s surface, such as coastline morphology. In this article, we present a methodology to acquire and process high resolution data for coastal zones acquired by a vertical take off and landing (VTOL) unmanned aerial vehicle (UAV) attached to a small commercial camera. The proposed methodology integrated computer vision algorithms for 3D representation with image processing techniques for analysis. The computer vision algorithms used the structure from motion (SfM) approach while the image processing techniques used the geographic object-based image analysis (GEOBIA) with fuzzy classification. The SfM pipeline was used to construct the DSMs and orthophotos with a measurement precision in the order of centimeters. Consequently, GEOBIA was used to create objects by grouping pixels that had the same spectral characteristics together and extracting statistical features from them. The objects produced were classified by fuzzy classification using the statistical features as input. The classification output classes included beach composition (sand, rubble, and rocks) and sub-surface classes (seagrass, sand, algae, and rocks). The methodology was applied to two case studies of coastal areas with different compositions: a sandy beach with a large face and a rubble beach with a small face. Both are threatened by beach erosion and have been degraded by the action of sea storms. Results show that the coastline, which is the low limit of the swash zone, was detected successfully by both the 3D representations and the image classifications. Furthermore, several traces representing previous sea states were successfully recognized in the case of the sandy beach, while the erosion and beach crests were detected in the case of the rubble beach. The achieved level of detail of the 3D representations revealed new beach characteristics, including erosion crests, berm zones, and sand dunes. In conclusion, the UAV SfM workflow provides information in a spatial resolution that permits the study of coastal changes with confidence and provides accurate 3D visualizations of the beach zones, even for areas with complex topography. The overall results show that the presented methodology is a robust tool for the classification, 3D visualization, and mapping of coastal morphology. View Full-Text
Keywords: UAV data acquisition; coastal mapping; structure from motion; GEOBIA; 3D geovisualization; digital surface model UAV data acquisition; coastal mapping; structure from motion; GEOBIA; 3D geovisualization; digital surface model
►▼ Show Figures 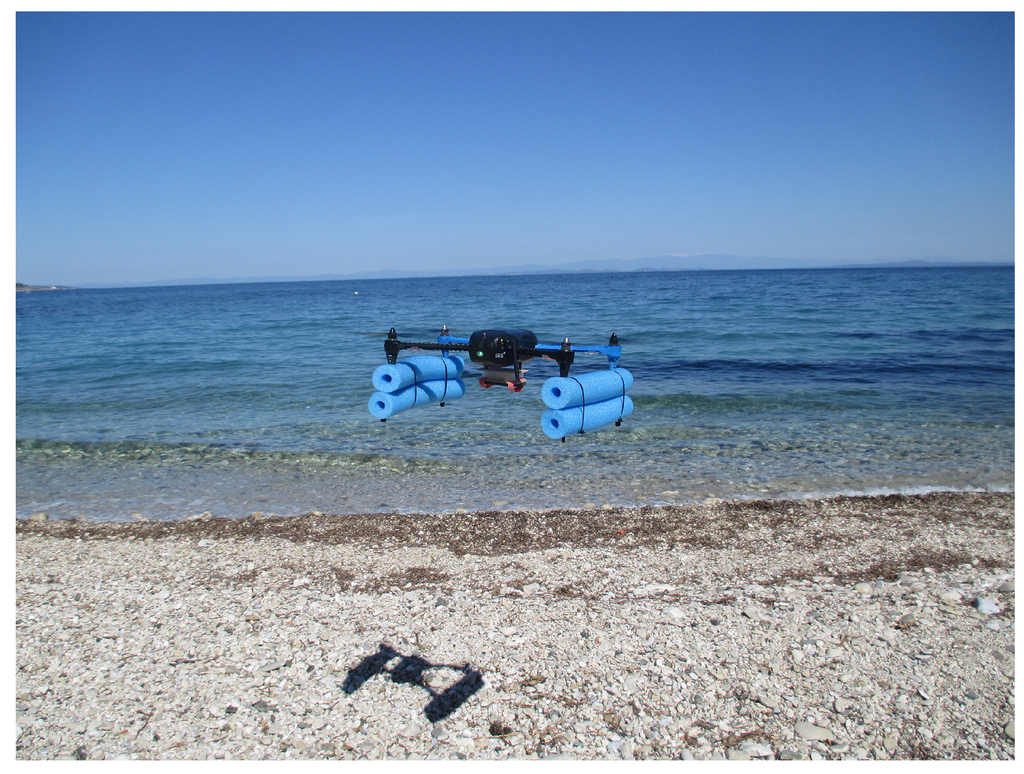