We assessed the potential of multi-spectral GeoEye imagery for biodiversity assessment in an urban context in Bangalore, India. Twenty one grids of 150 by 150 m were randomly located in the city center and all tree species within these grids mapped in the field. The six most common species, collectively representing 43% of the total trees sampled, were selected for mapping using pixel-based and object-based approaches. All pairs of species were separable based on spectral reflectance values in at least one band, with Peltophorum pterocarpum being most distinct from other species. Object-based approaches were consistently superior to pixel-based methods, which were particularly low in accuracy for tree species with small canopy sizes, such as Cocos nucifera and Roystonea regia. There was a strong and significant correlation between the number of trees determined on the ground and from object-based classification. Overall, object-based approaches appear capable of discriminating the six most common species in a challenging urban environment, with substantial heterogeneity of tree canopy sizes. View Full-Text
Keywords: urban ecology; tree diversity; ecological monitoring; hyperspatial imagery; India urban ecology; tree diversity; ecological monitoring; hyperspatial imagery; India
►▼ Show Figures 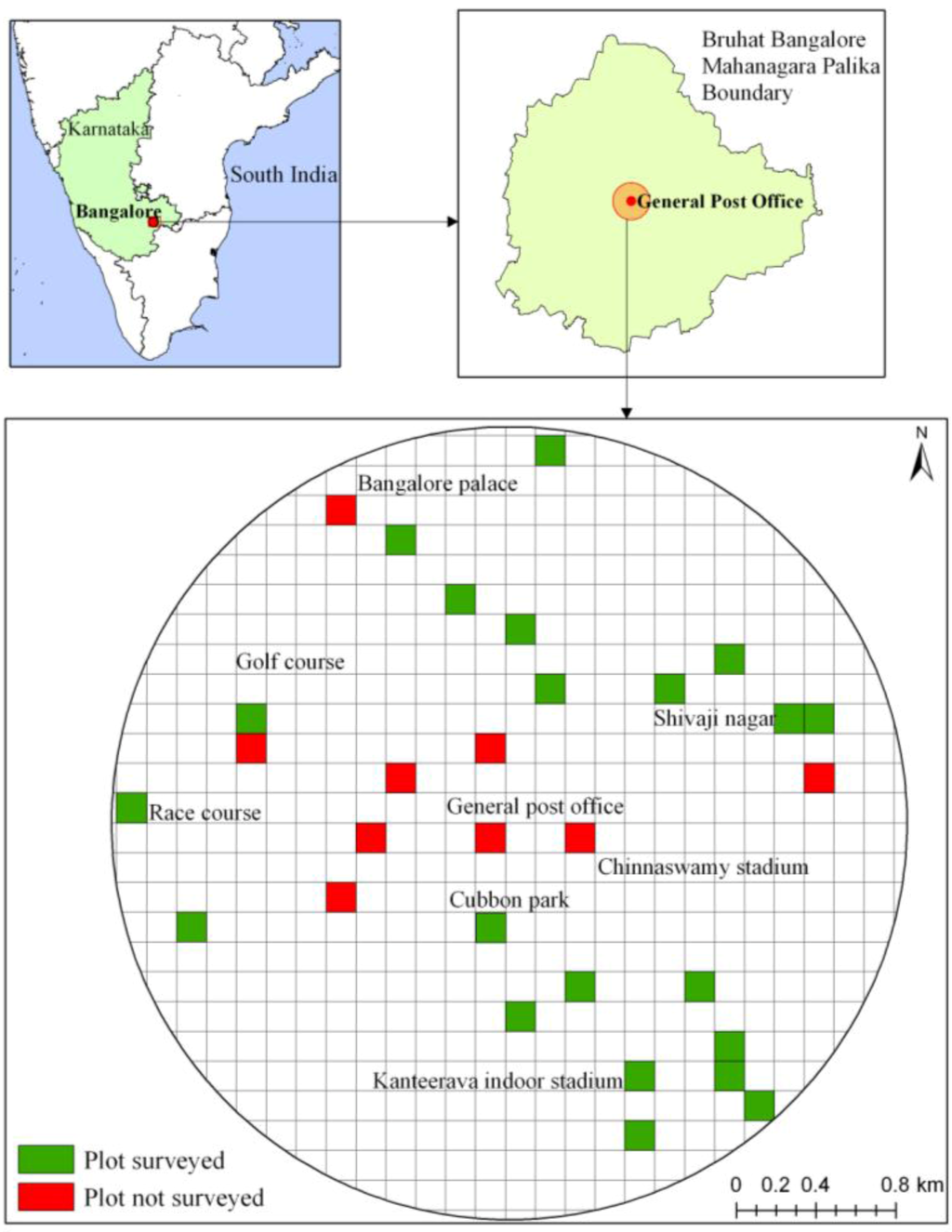