Cable-Driven Parallel Robots (CDPR) operate over a large positional workspace and a relatively large orientation workspace. In the present work, the expansion of the orientation Wrench Feasible Workspace (WFW) in a planar four-cable passive reconfigurable parallel robot with three degrees of freedom was determined. To this end, we proposed a circular-geometry effector mechanism, whose structure allows automatic mobility of the two anchor points of the cables supporting the End Effector (EE). The WFW of the proposed circular structure robot was compared with that of a traditional robot with a rectangular geometry and fixed anchor points. Considering the feasible geometric and tension forces on the cables, the generated workspace volume of the robot was demonstrated in an analysis-by-intervals. The results were validated by simulating the orientation movements of the robot in ADAMS software and a real experimental test was developed for a hypothetical case. The proposed design significantly expanded the orientation workspace of the robot. The remaining limitation is the segment of the travel space in which the mobile connection points can slide. Overcoming this limitation would enable the maximum rotation of the EE. View Full-Text
Keywords: cable robot; workspace; orientation; passive reconfiguration cable robot; workspace; orientation; passive reconfiguration
►▼ Show Figures 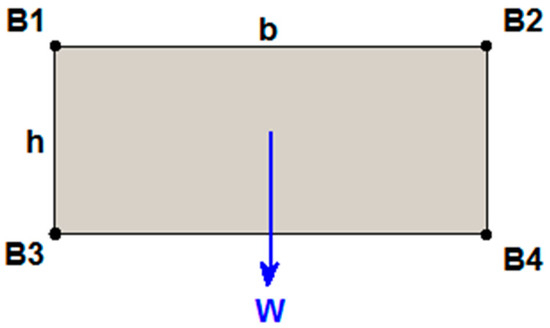