Nonlinear Voltage Control for Three-Phase DC-AC Converters in Hybrid Systems: An Application of the PI-PBC Method

The LC bidirectional converter shown in Figure 4 is an advanced version of a conventional bidirectional converter and switched boost bidirectional converter, designed to reduce the voltage stresses on the capacitor. The primary function of the inductor is to store energy during the converter “on” period and release the stored energy during the “off” period of the primary device. The inductor is also used to eliminate the current ripple. Another energy storage element, the capacitor, is used to eliminate the ripple in the output voltage in both cases, namely the conventional BDC and the proposed BDC. Switches M1 and M2 are unidirectional switches used to realize the bidirectional power flow in the test setup which operate in a complementary fashion. For the forward direction of power flow, M1 must be in the “on” state, and S1 acts as the main switch operating at switching frequency, while D2 acts as a freewheeling diode. Similarly, M2 must be in the “on” position for the reverse direction of power flow, and S2 acts as the main switch, which operates at switching frequency, while D1 acts as a freewheeling diode. VLV and RHV are source and load in boost mode, and VHV and RLV are source and load in buck mode. The gating signals for boost switch (G1) and buck switch (G2) complement each other. The duty cycle of boost switch (S1) and buck switch (S2) is denoted as and , respectively. Ts represents the switching period of switches S1 and S2.

The equivalent circuit and idealized waveforms in boost mode of the LC-BDC converter are depicted in Figure 5 and Figure 6, respectively. The converter operation is considered to be in boost mode, during which the switch (S1) is pulse-modulated and the diode D2 freewheels. The boost mode operation is further categorized into two sub-modes of operation over a switching period, and the equivalent circuit of each sub-mode is depicted as shown in Figure 7.

In this mode, switch S1 is turned on by applying a gate signal. The inductor L starts charging linearly through switch S1, and the capacitor C will discharge through load RHV. Hence, the diode D2 goes into the “off” state. The equivalent circuit during this mode of operation is shown in Figure 7a. The current through the inductor L() and the voltage across the capacitor C are given by
This mode of operation ends when the gate pulses to switch S1 are withdrawn.

At the instant when the gate pulses of switch S1 are removed, the switch S1 goes into the “off” state due to which the voltage across the inductor brings the diode D2 into the forward-biased state. The equivalent circuit during this mode is shown in Figure 7b. In this mode, both inductor and source feed power to the load, and the inductor charges the capacitor. Hence, there is a formation of the LC tank in this mode, which can offer zero voltage switching to the upper switch with the proper selection of the snubber capacitor. In this mode, the current through L() reaches its minimum value. The current flowing through the inductor L() and the voltage across the capacitor C are given by
This mode ends at t = Ts when the gate signal is provided to S1 in the next switching cycle. Similar operation (Mode 1 and Mode 2) continues for several switching cycles until a power flow is required in the forward direction

BDC operates in buck mode when there is a requirement of power flow in the reverse direction, and its equivalent circuit is shown in Figure 8. The converter operation is considered to be in reverse buck mode, during which the switch S2 is pulse-modulated and the diode D1 in a freewheeling mode. The buck mode of operation is further categorized into two sub-modes (i.e., mode 3 and mode 4) of operation over a switching period. The operating mode from mode 3 to mode 4 in buck mode is similar to the mode 2 to mode 1 of the boost mode of operation, respectively. Figure 9 illustrates the characteristic waveforms of the converter in buck mode, and its equivalent circuits in each sub-mode are depicted as shown in Figure 10.

This mode starts at t = t3 when the gate signal is given to S2. At this instant, the main switch S2 comes into conduction, and the diode D1 goes into the “off” state. The supply VHV then directly energizes the inductor L. The capacitor is also discharged through the inductor. It leads to the formation of the LC tank, as shown in Figure 10a, similar to mode 2. This feature offers the resonating switching functionality to the upper switch. The current flowing through L() and the voltage across capacitor C () are given as
This mode continues until the gate pulse of S2 is withdrawn at t = t4.

This mode starts at t = t4 when the gate pulses to the main switch are removed. Hence S2 goes into the “off” state. The voltage across the inductor brings diode D1 into “on” state, and it continues until t = t5. The energy stored in inductor L discharges through the load. The capacitor charges from the source. During this mode, the current flowing through the inductor L and voltage across the capacitor C can be expressed as
This mode ends at t = Ts when the gate signal is given to S2 in the next switching cycle. Similar operation of mode 3 and mode 4 continues, for several switching cycles, until power flow is required in the reverse direction.

This section presents the development of a small-signal AC model followed by the derivation of the state-space model equations for one complete switching cycle. For this analysis, few assumptions are considered; (i) the converter is operating in continuous conduction mode, and (ii) there is no trace resistance. For the proposed converter, the state variables are the current through the inductor iL and the voltage across the coupling capacitor VC. A complete derivation of the state-space model and small-signal analysis for boost mode is presented. A similar derivation method can also be used for buck mode. With the inclusion of the parasitic components during both “on” and “off” states, the system can be represented with the help of the state-space model as follows. during “off” state:
Here, —on-state resistance of switching device, —the equivalent series resistance of the inductor, and —equivalent series resistance of the capacitor.
The state-space average model of the converter can be written as follows.
Here, , , , , ,
Define:
The duty ratio of the main switch S1 is defined as
The turn-off duty cycle of the main switch S1 is
Substituting the duty ratio values from (20)–(22) in Equations (17)–(19) and then incorporating the perturbation effect into the state variables and other variables around the steady-state values gives where D1 is the duty ratio of the main switch under steady-state condition. After solving the above state-space equation, the steady-state gains of the converter can be obtained as
Comparing small-signal AC parameters while ignoring the considerably very small second-order quantities, and then solving the equations gives the following two transfer functions.

From the small-signal AC model, the control-to-output (output voltage to duty ratio) transfer function can be found under the condition of , which is shown in Equation (25).
By neglecting parasitic components, it can be simplified as

From the small-signal AC model, the inductor current-to-control (input current to duty ratio) transfer function can be found under the condition of , which is shown in Equation (27).
By neglecting parasitic components, it can be simplified as

From the charge balance equation and further simplification of the above Equation (25) in the steady-state, the capacitor ripple voltage can be calculated as
From (29), the capacitor value can be sized to minimize the voltage ripple across the capacitor.

Another set of simulations is performed to investigate the performance of the above topologies, and simulation parameters are listed in Table 6 as mentioned below. By using these sets of simulations, various performance parameters such as voltage gains, capacitor voltages, and losses were investigated. These simulations are carried out for various output voltages ranging from 36 V to 108 V with the dc input voltage of 24 V, i.e., voltage gain ranging from 1.5 to 4.5. With the help of this data, a comparative analysis is presented in the following subsections.

To perform the converter efficiency analysis, the parasitic resistance of inductors and capacitors, and the diode forward conduction losses are considered in this paper. The parasitic resistance of inductor and capacitor are and , respectively, and forward conduction loss of diode due to forward voltage () was assumed to be the same in all topologies for comparative analysis. The impact of the parasitic resistances and the forward voltage drop of the main power devices (MOSFETs) are also considered in this manuscript. Equivalent circuits of all the considered buck-boost bi-directional converters with the inclusion of various parasitic components are presented in Figure 37 for the efficiency calculations. Formulas derived for losses and efficiencies are presented in Table 7.
By using the above-derived formulas, the efficiencies and non-ideal voltage conversion ratios of each topology with respect to gain are presented in Figure 37 and Figure 38, respectively. From these results, it can be observed that the efficiency is higher in conventional BDC and LC-BDC compared to other existing topologies. Moreover, it can be seen that the voltage conversion ratio is more linear in the case of conventional BDC, and the proposed converter compared to other existing topologies. In all existing topologies (except conventional BDC), it can be noted that the performance of the converter is becoming poor as the gain is increased further from the designed gain value.

This work was supported by the Petrofac Research Chair in Renewable Energy Endowment Fund at the American University of Sharjah.

The authors are particularly grateful to the Zunik Energies Pvt. Ltd. and authors of the Indian Patent application published on 30 December 2016 (application number: 201641038705) for providing approval to use the patent data for this research work and publications. 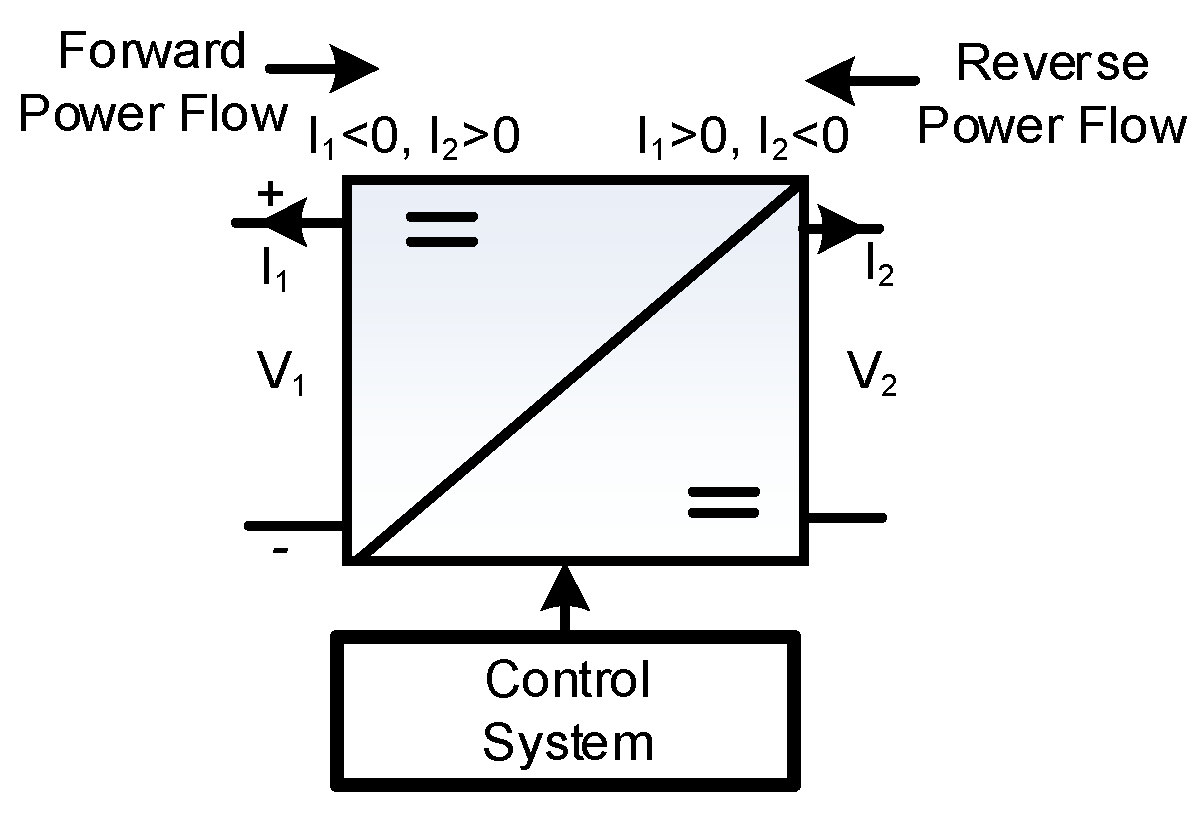 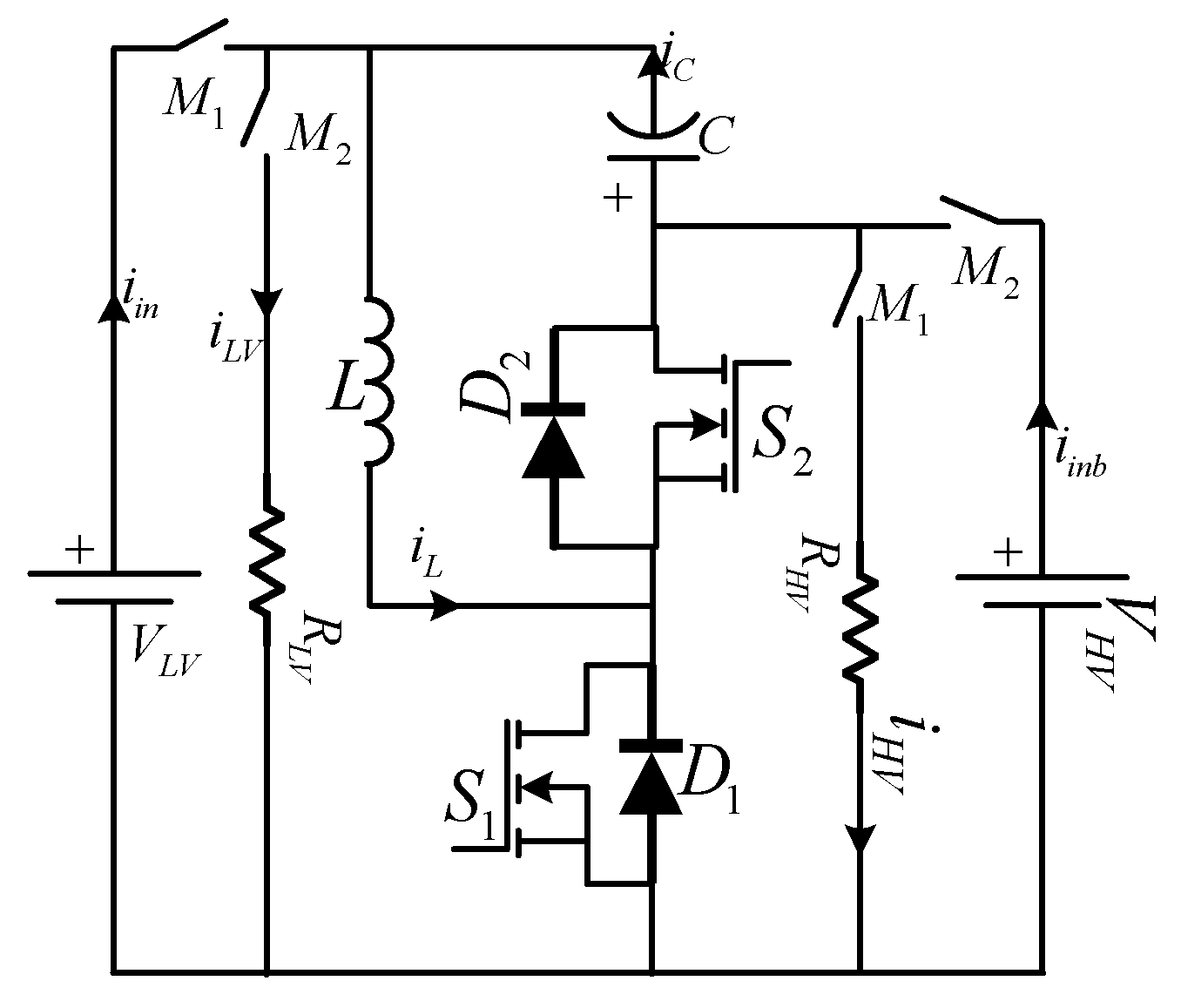 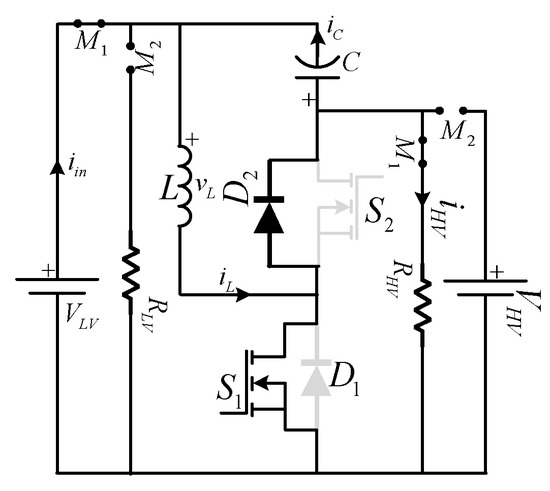 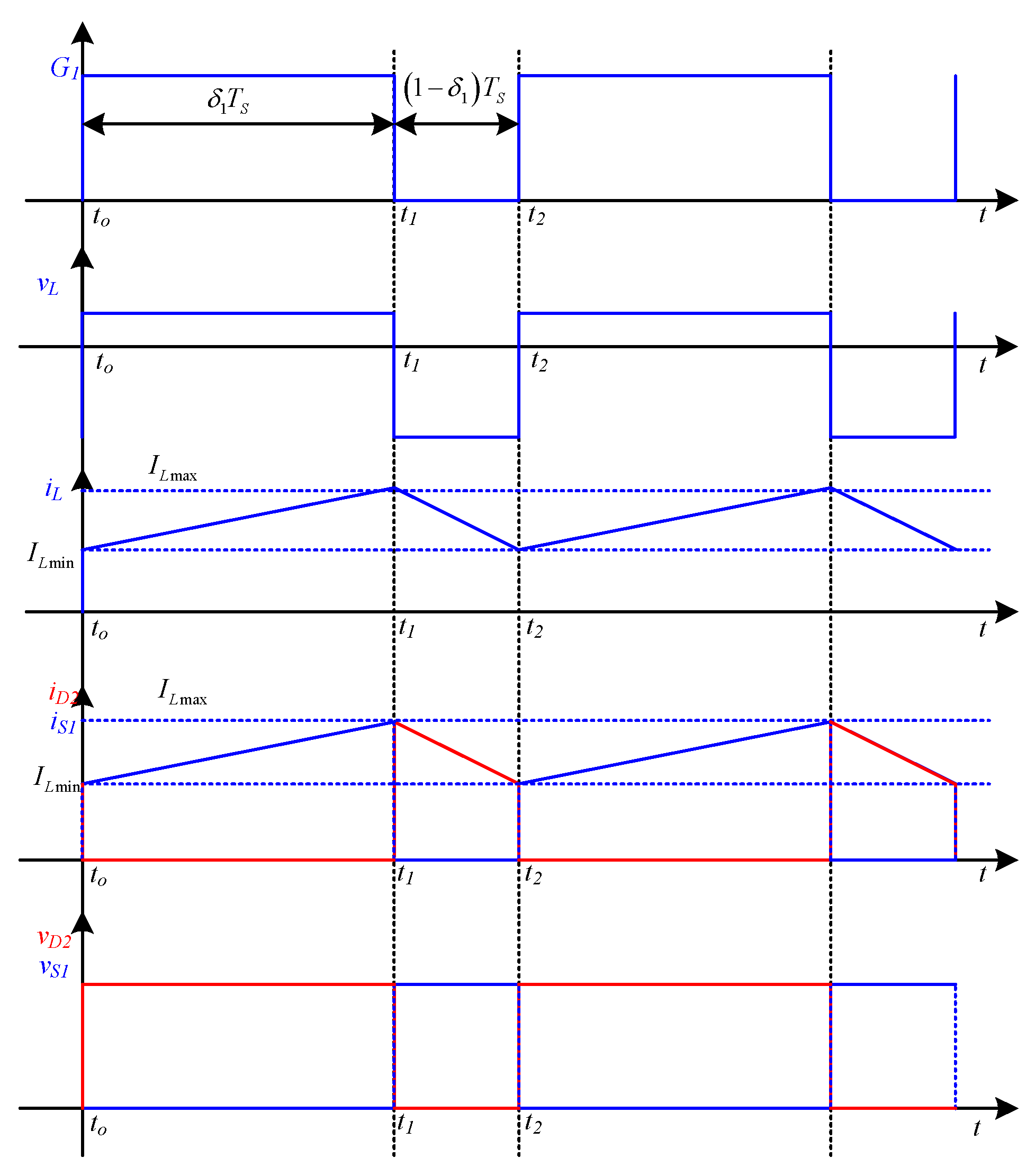 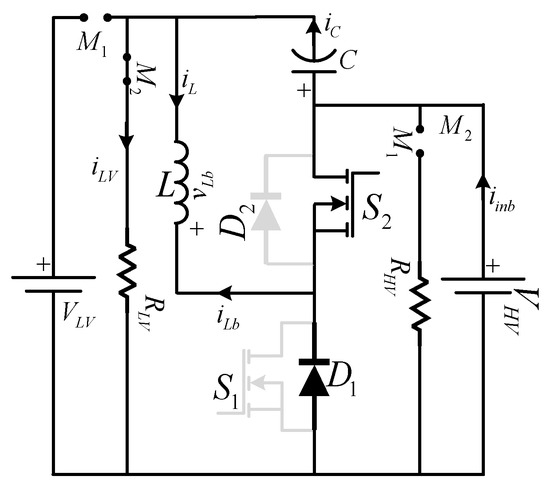 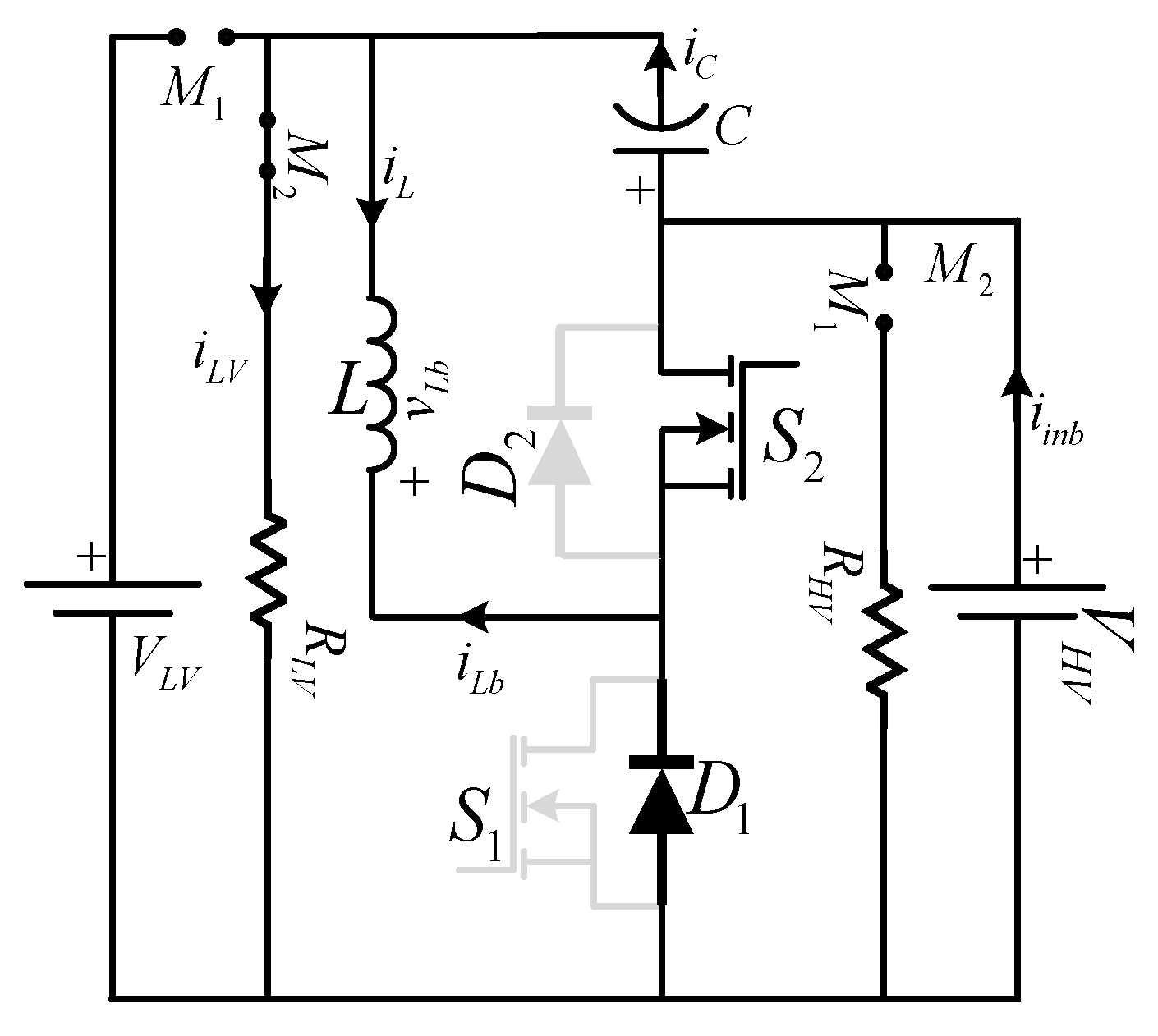 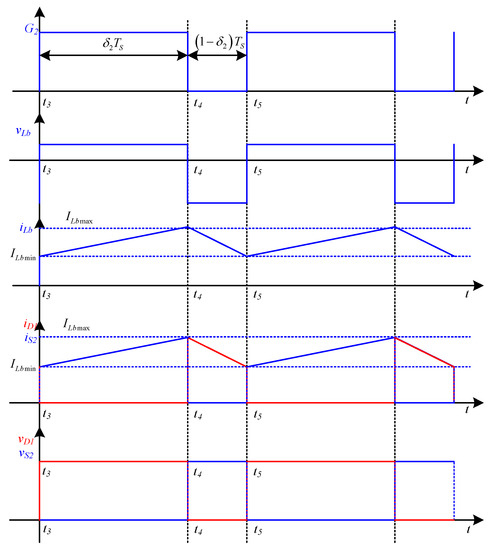 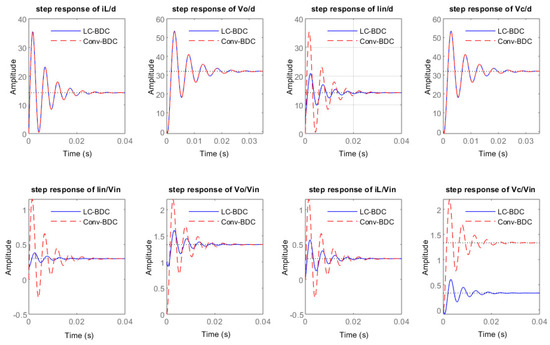 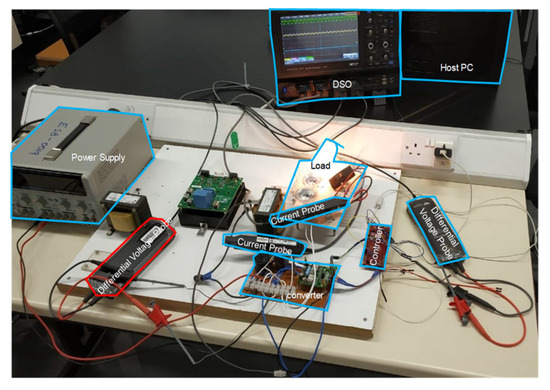 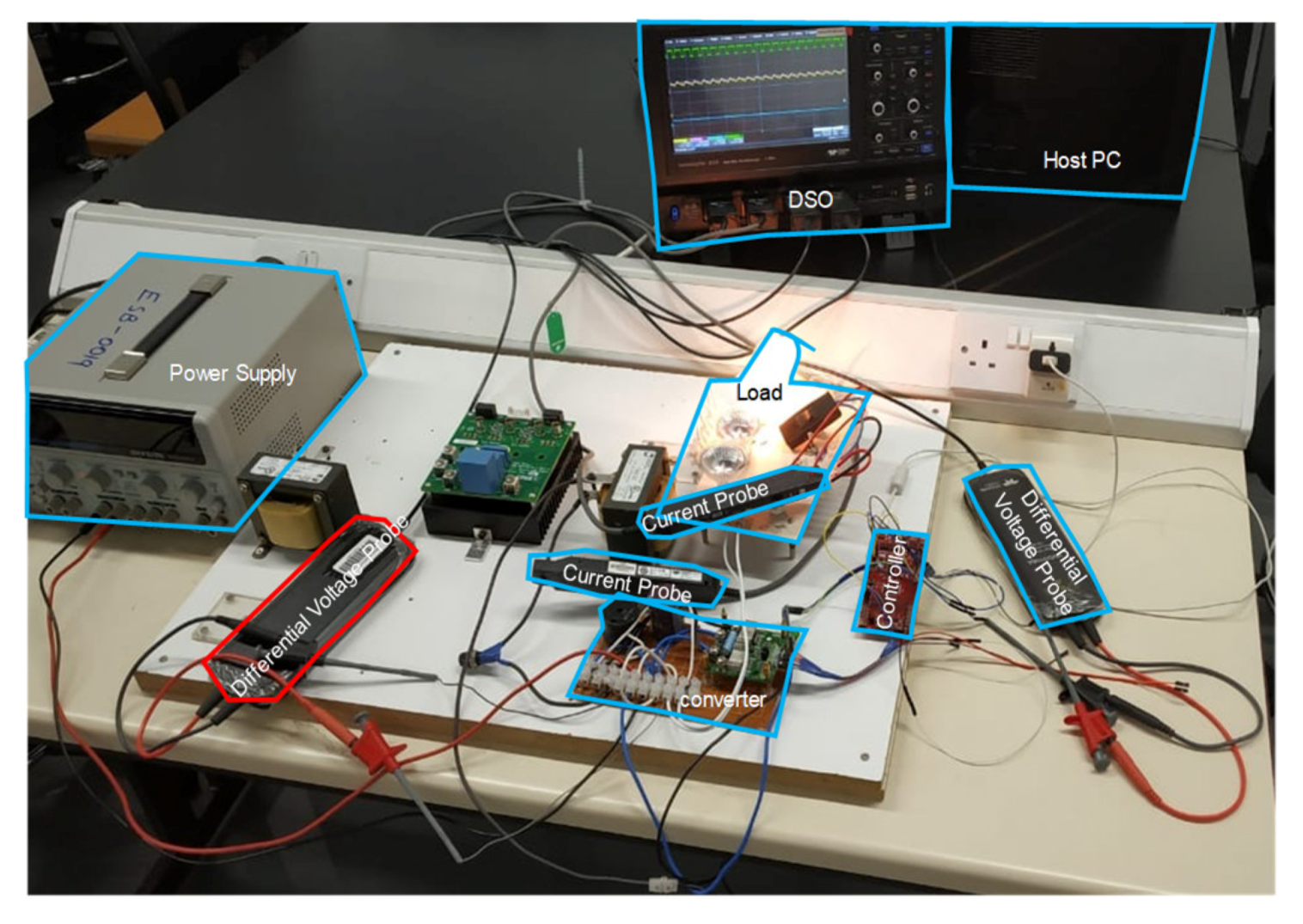 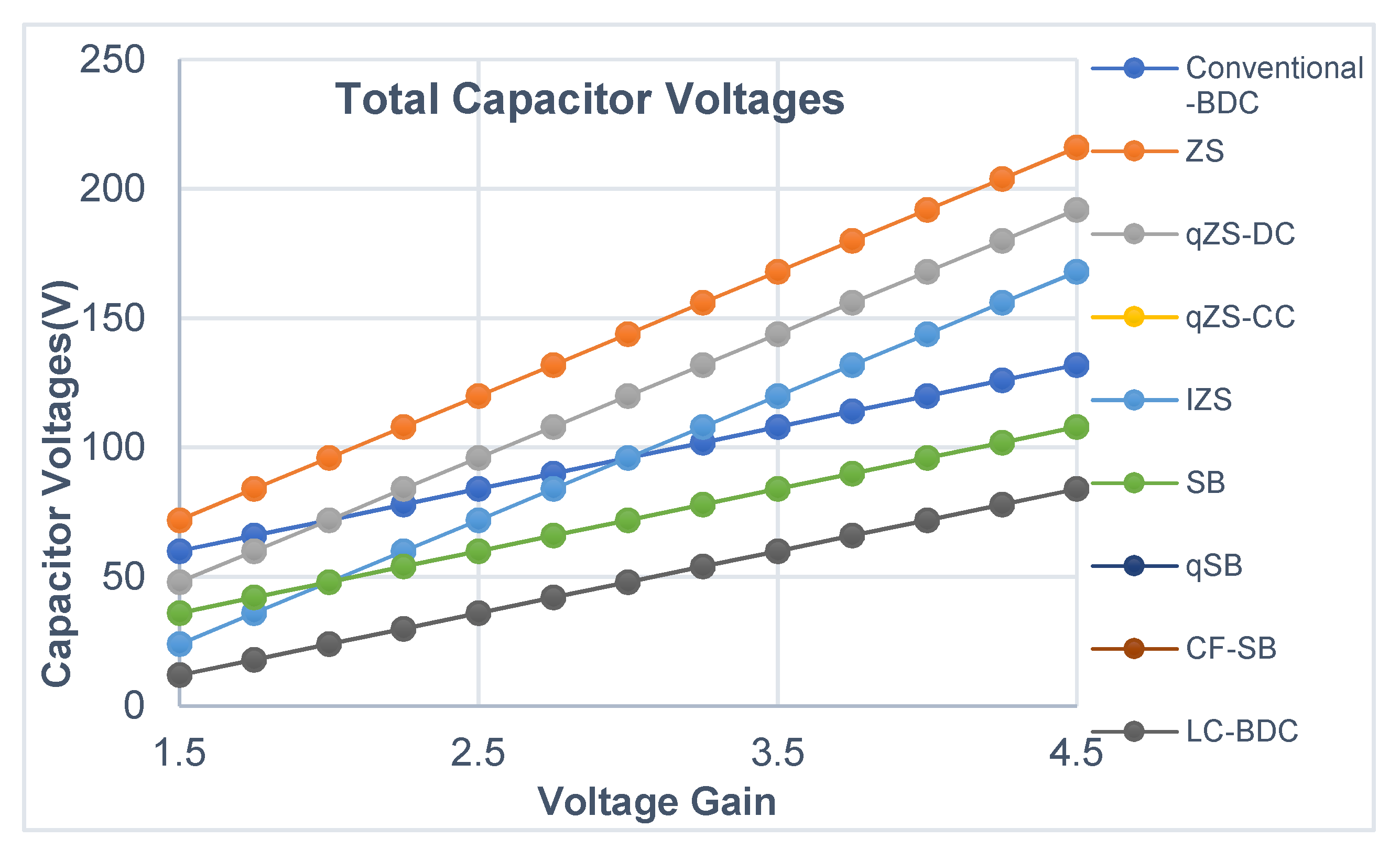 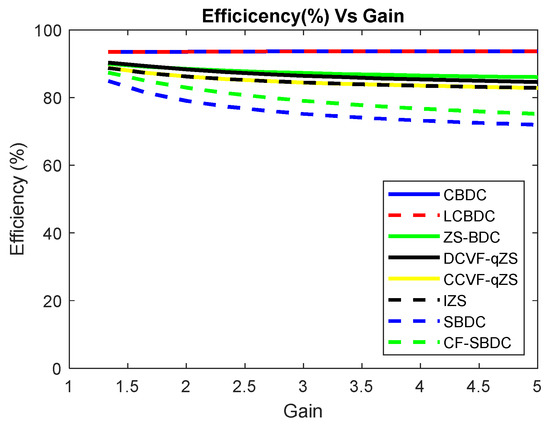 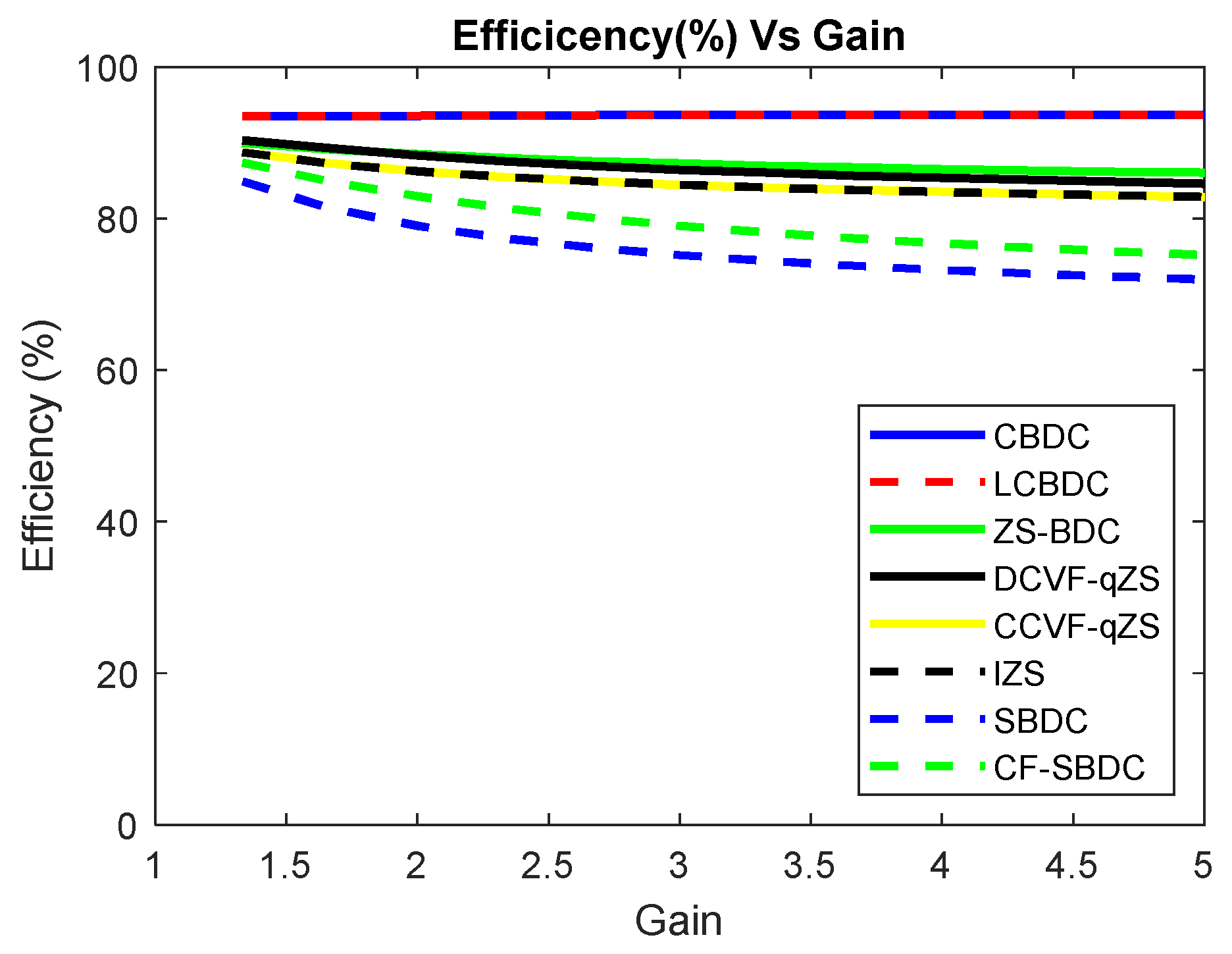