Thanks to their higher performance compared to conventional batteries, lithium-ion (Li-ion) batteries have recently become popular as a power source in many electronic systems. However, Li-ion batteries are known to suffer from an aging issue: the available capacity is gradually degraded as the operation goes by. The impact of aging is particularly critical to satellite systems where no maintenance is available after the initial deployment. Recently, a real-time scheduling framework was proposed to decelerate the aging of Li-ion batteries. However, this framework simply relies on the fact that the elevated temperature results in a worse lifespan of the battery. In contrast to this, in this paper, we argue that the reduced temperature may actually cause an adverse effect in the battery lifetime when considering satellite environments. To evidently demonstrate this anomaly, we extend an open-source Li-ion battery aging simulator to consider the temperature-dependent aging characteristics of the Li-ion batteries. Then, a couple of alternative scheduling policies that better suit the target satellite systems are evaluated in the simulator in comparison with the existing scheduling policies. Our simulation results show that the existing scheduling method, which does not consider the satellite temperature environments, rather deteriorates the lifespan of battery and the proposed scheduling technique can extend the lifespan by up to 65.51%. View Full-Text
Keywords: real-time embedded systems; lithium-ion battery aging; lifespan; low earth orbit satellites real-time embedded systems; lithium-ion battery aging; lifespan; low earth orbit satellites
►▼ Show Figures 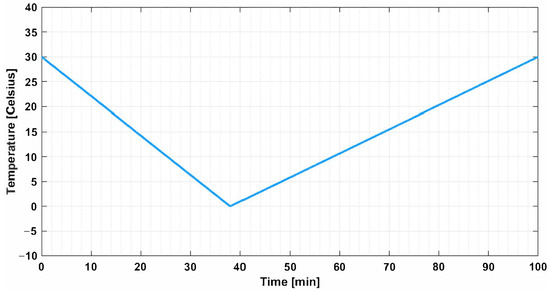