The incidence and developing status of multidrug-resistant bacteria and fungi, as well as their related mortality, is reviewed by a systematic published literature search from nine countries in the Arabian Peninsula. In order to analyse the emerging status and mortality, a total of 382 research articles were selected from a comprehensive screening of 1705 papers. More than 850 deaths reported since 2010 in the Arabian Peninsula due to the infection of multidrug-resistant bacteria and fungi. Multidrug-resistant bacteria Acinetobacter baumannii, Mycobacterium tuberculosis, Staphylococcus aureus, and fungi Candida auris are the most prevalent and causing high deaths. To control these infections and associated deaths in the Arabian Peninsula, continuous preventive measures, accurate methods for early diagnosis of infection, active surveillance, constant monitoring, developing vaccines, eradicating multidrug resistance modulators, and data sharing among countries are required. 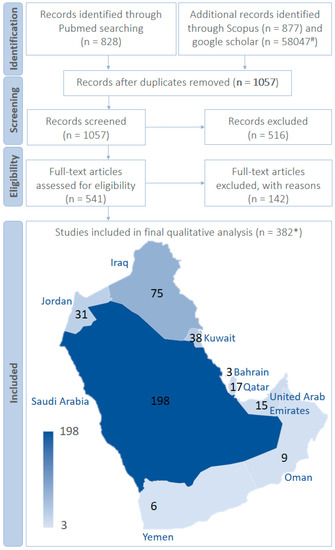