:
An ultra-low anti-reflection optical coating on both surfaces of a plastic cover slip was studied for use in confocal image measurements. The optical reflectance at a wavelength of 632.8 nm was less than 0.1% when the coated sample was placed in a liquid having a refractive index of 1.34, close to the aqueous solution of the biomaterial. The high- and low-index coating films, Substance-2 (PrTiO3) and silicon dioxide (SiO2), were measured by an ellipsometer to determine their optical refraction indices and extinction coefficients. Theoretically, when the two layer thicknesses are designed using the optical admittance diagram of the cover slip to approach the equivalent index of 1.34, a reflectance of 1.6 × 10−5% in the liquid could be obtained. Experimentally, the reflectance of the sample deposited on the two faces of the cover slip was 4.223 ± 0.145% as measured in the air; and 0.050 ± 0.002% as measured by a He-Ne laser in the liquid.
Keywords:
ultra-low anti-reflection coating; ellipsometer; optical admittance method

An anti-reflection coating process is usually a significant treatment for the surface of an optical element. It can increase the optical transmission and decrease optical disturbances from the optical reflection of the element’s surface. Optical disturbances are largely enhanced when optical elements are illuminated by a laser beam, since laser beam has a small dispersion angle, a high power density, excellent coherence properties, etc. A confocal microscopy system is usually equipped with the laser beam due to the high power density because the system contains two pinholes to mainly limit the illumination light. However, when the laser irradiates a biological sample, the good coherence of the beam tends to cause interference between the two surfaces of the cover sheet, which may reduce the resolution of the biological image [1]. Moreover, the reflected light from the liquid and the cell interface of the sample may interfere with other light generated at the interface of the coverslip liquid. Thus, the image intensity is affected by constructive or destructive interference [2]. In order to avoid the influence of the optical interference of the laser beam during confocal measurements, the treatment of both surfaces of a plastic cover slip with an ultra-low anti-reflection coating at a wavelength of 632.8 nm is necessary when the confocal microscopy system uses a He-Na laser as the illumination light source. The coating materials, the number of layers, and film thicknesses must be designed for use in the optical coating due to a large amount of heat generated during the optical coating process in the deposition vacuum chamber and the poor heat resistance of the plastic substrate.

2.1. Optical Analysis of the Material

For the ultra-low anti-reflection coating, the optical constants of the deposited substrate and optical films were precisely measured as follows. The substrate (Thermanox Coverslip-174977, Thermo Fisher Scientific Inc., Waltham, MA, USA), which was made of polystyrene and had a diameter of 22 mm and a thickness of 0.2 mm, was ultrasonically cleaned for 15 min and then dried with an air spray gun. The transmittance was measured using a Varian Cary 5E spectrophotometer (Varian, Palo Alto, CA, USA) at wavelengths of 400 nm to 700 nm in the visible spectrum. To measure the precise optical constants of the plastic substrate, the back surface of the plastic substrate was carefully ground and blackened to eliminate its reflection. The polarized light reflected by the front surface in the visible area at three incident angles of 55°, 60°, and 65° was evaluated using a VASE ellipsometer made by J. A. Woollam Co., Inc. (Lincoln, NE, USA). The two coating materials, silicon dioxide and Substance-2 made by Merck, were respectively deposited on two silicon wafer substrates using a vacuum deposition method and their optical constants were also evaluated using the VASE ellipsometer.

In this study, we used the optical admittance method to design the double-layer anti-reflection coating on the plastic substrate. The coating materials for the double layer were silicon dioxide and Substance-2, with a low and a high optical index, denoted by nL and nH, respectively. The dH and dL are the thicknesses of the nH layer and nL layer, respectively. The admittance of the substrate is expressed as Ys, where Ys = (ns − iks)Y0, and Y0 is the admittance of free space. When the reference plane moves from the substrate surface to the input surface of the double layer, the input admittance Y = C/B can be calculated at the new reference plane by the characteristic matrix expressed as: where, δH and δL are the phase thicknesses of the silicon dioxide and Substance-2 films, respectively. Then, the reflectance R of the double-layer film on the substrate is calculated by [3,4,5]: where Yl (= nlY0) is the admittance of the liquid immersing the plastic substrate in our study. The value of the reflectance approaches zero if the equivalent admittance Y equals that of the liquid Yl. In this case, the double-layer film exactly matches the optical indices of the plastic substrate ns − iks and of the liquid nl 1.34, which is a compound of ethylene glycol and pure water. The index of the liquid is close to the index of the biological material aqueous solution, allowing for strong optical coupling for biomedical applications [6]. The optical index of the liquid was confirmed by an Abbe refractometer. For the purpose of anti-reflection matching, we then designed a LabVIEW program (version 7.1, National Instruments, TX, USA) to find the correct thickness of the double layer using the graphical technique of the admittance diagram [3].

2.3. Deposition of the Thin Film

The index of each layer should be precisely determined by the coating process. At first, the substrates were ultrasonically cleaned in pure water for 15 min, dried with an air spray gun, and then put in the substrate holder of an 80 cm diameter vacuum chamber. The required base pressure for evaporation (6.0 × 10−6 torr) was obtained using a diffusion pumping system. A silicon dioxide film was prepared by thermal evaporation of the silicon monoxide granule from a molybdenum evaporation boat and a Substance-2 film was prepared by E-gun evaporation with argon ion-assisted deposition, to evaluate the optical constants of the two films deposited on the silicon wafer substrates, respectively. The ion voltage and ion current used in the home-made end-Hall ion source were 100 V and 0.5 A, respectively. Moreover, oxygen gas was fed at 70 sccm into the chamber to reach a partial pressure of 2.0 × 10−4 torr. The deposition rate and the thicknesses of the two films, which were monitored by a quartz monitor during the deposition process, were about 0.1 nm/s and 100 nm, respectively.
Before applying the double layer coating to the plastic substrate, its surface was cleaned using energetic Ar ions produced by the ion source in a vacuum for 10 min. According to the evaluation of the optical constants, the silicon dioxide and Substance-2 films were, in turn, deposited on each surface of the plastic substrates at 71.71 nm and 11.15 nm, respectively, with the abovementioned deposition process.

Before measuring the deposited sample while it was immersed in the liquid, the He-Ne beam was adjusted to the center of a beaker that had a diameter of 10 cm and was filled with the liquid. The power of the laser beam was measured by a power meter in a dark laboratory to determine a baseline measurement. The laser beam then illuminated the sample at incident angles of 20° and 45°. The distance between each power meter and the beaker center was 15.5 cm as shown in Figure 1a,b and Figure 2. We fine-tuned the power meter positions to measure the maximum values of the transmission and reflection of the laser beams at the incident angles.

The reflectance of a plastic cover slip (Thermanox Coverslip-174977) immersed in the liquid with a refraction index of 1.34 for confocal image measurements was found to be about 0.05% at a wavelength of 632.8 nm. The plastic cover slider can be used for biomedical applications of He-Na laser optical coupling due to its ultra-low reflectance. The plastic substrate, which had a low softening temperature, was only coated with double layers for anti-reflection properties. The coating was designed using the admittance diagram method, using starting materials of silicon monoxide granules for the first layer and Substance-2 for the second layer, wherein the first silicon dioxide layer was thicker due to the higher refractive index of the substrate. Moreover, plasma cleaning prior to deposition and ion-assisted deposition by an ion source under a non-heated condition facilitated the adhesion and optical stability of the deposited films in the liquid.

This work was financially supported by the Ministry of Science and Technology of Taiwan under Contract No. MOST 105-2221-E-030-007-MY3. 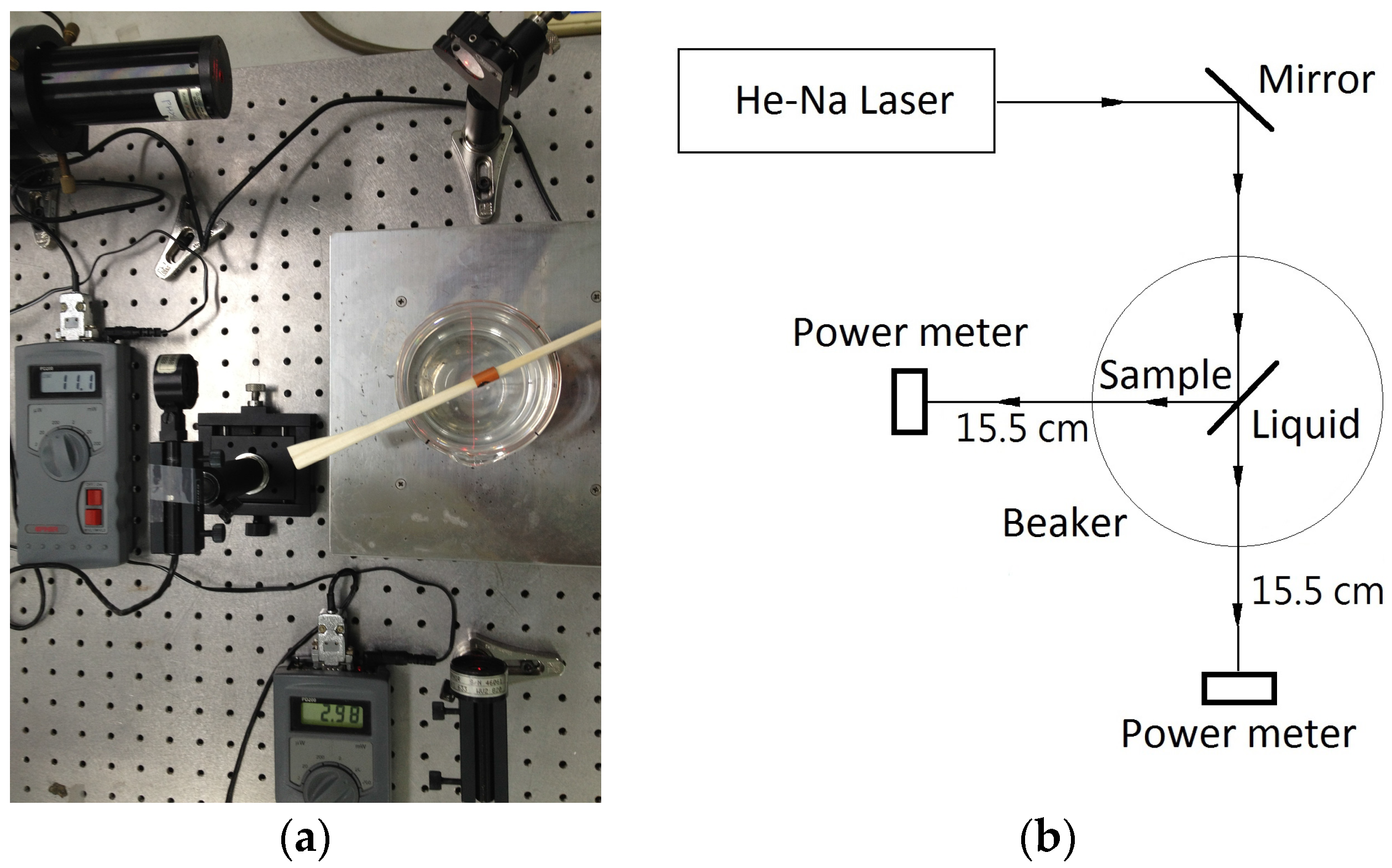 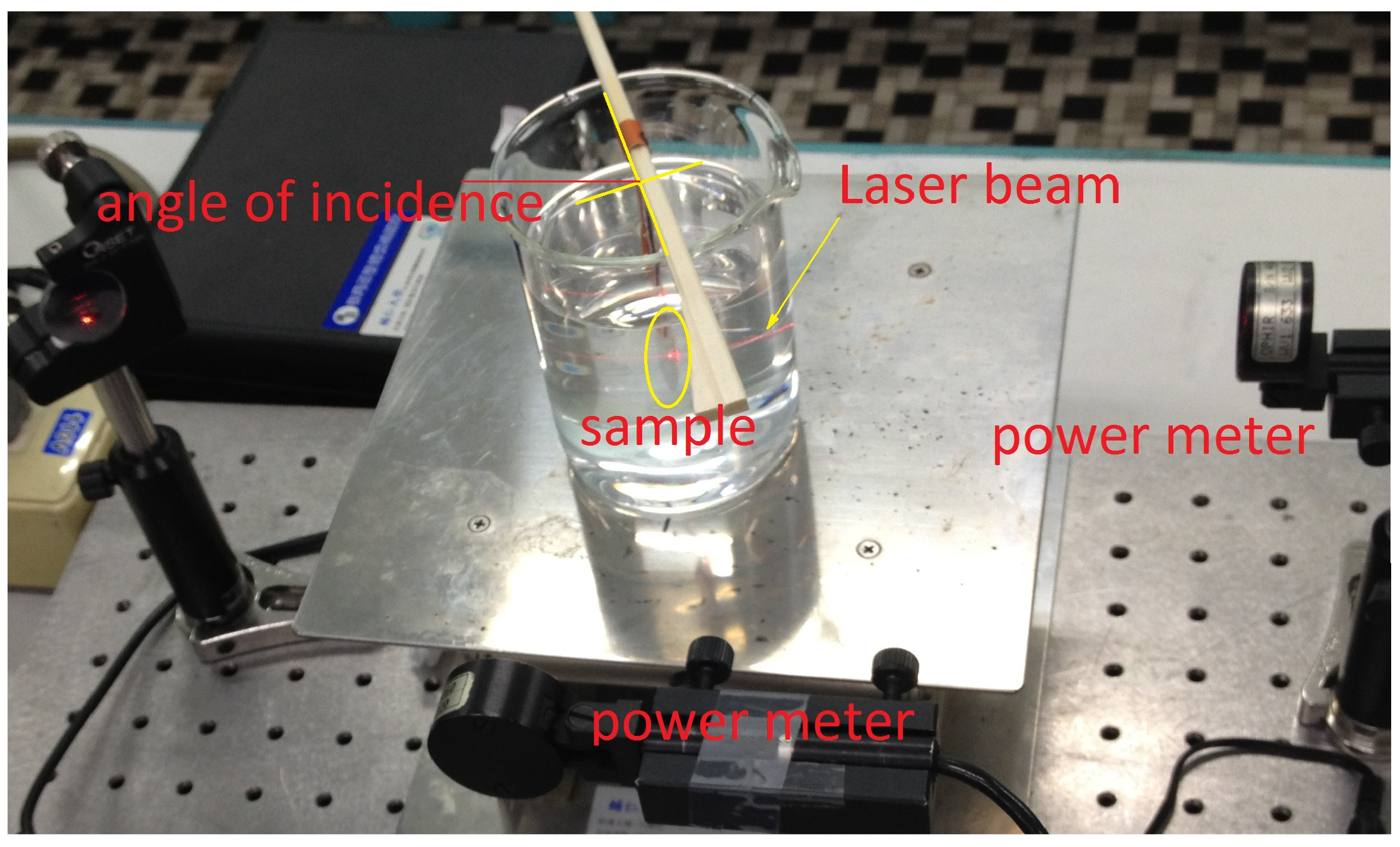 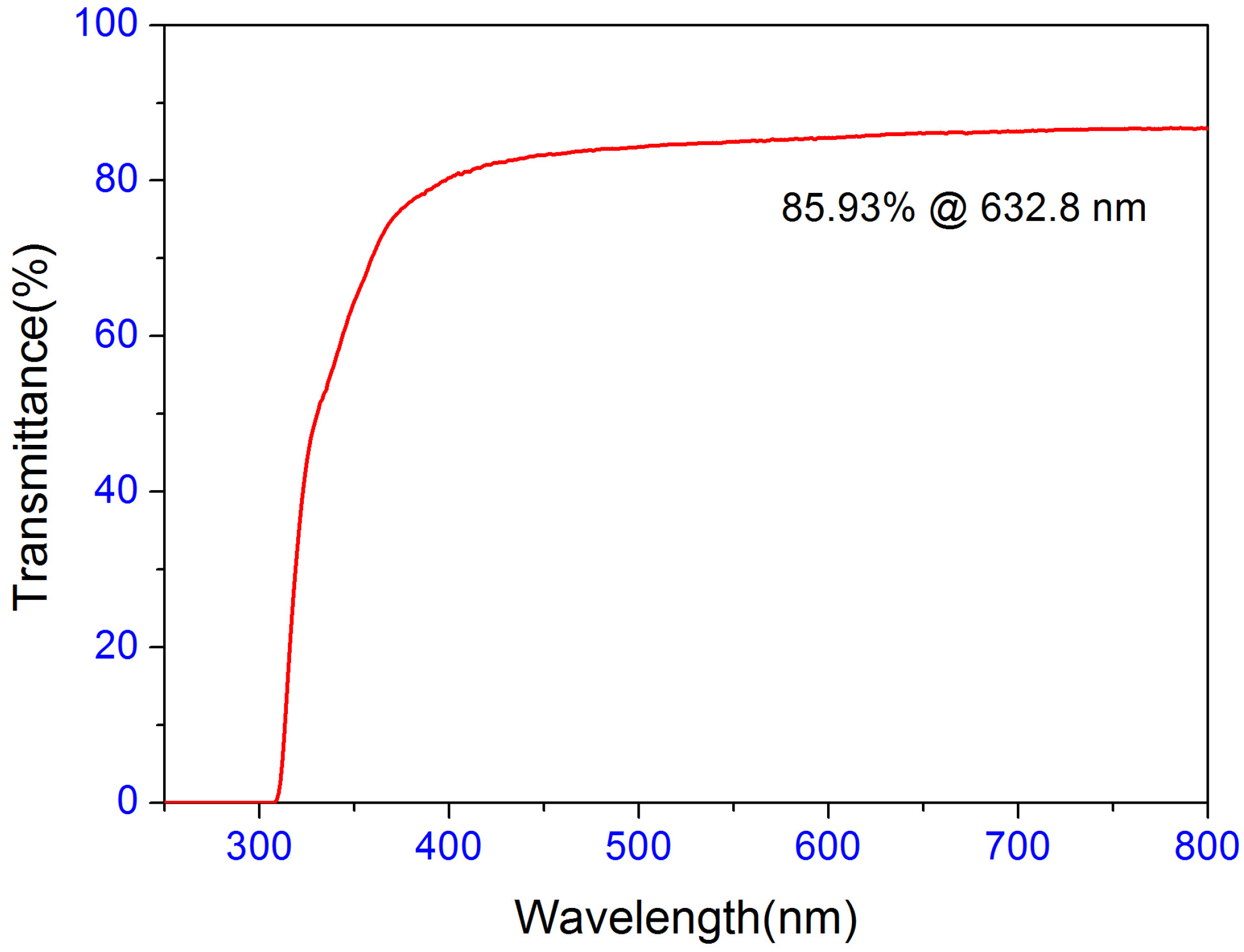 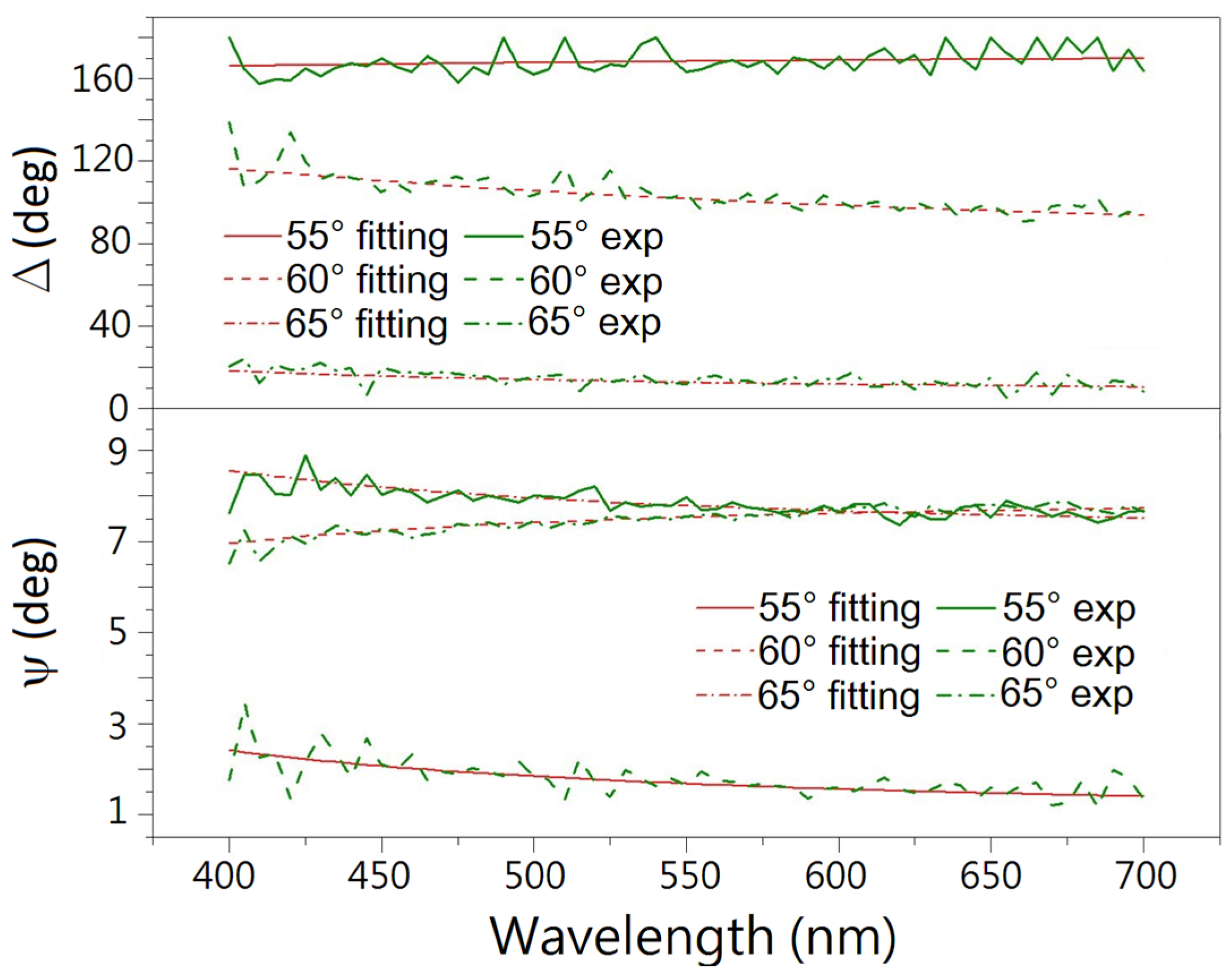 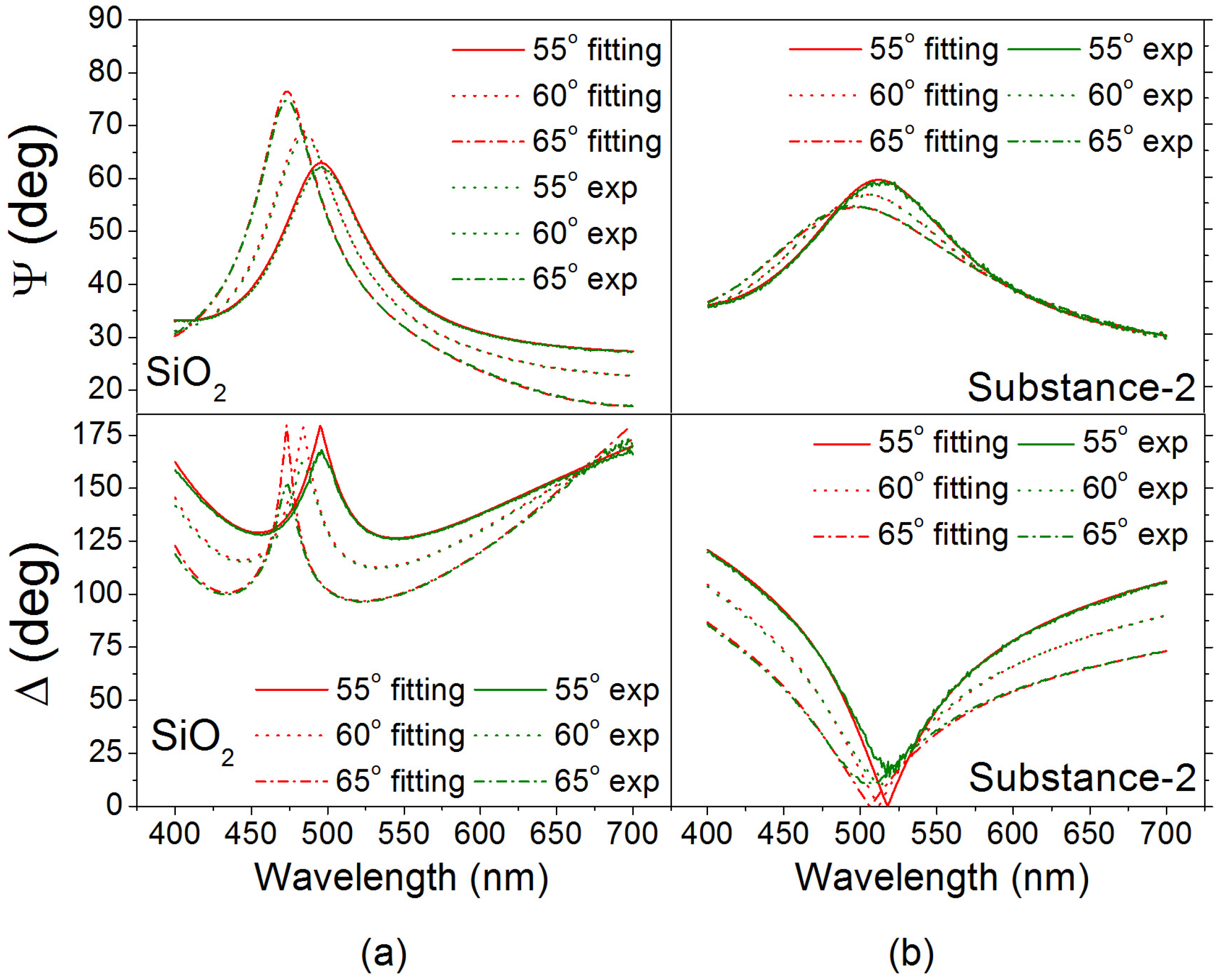 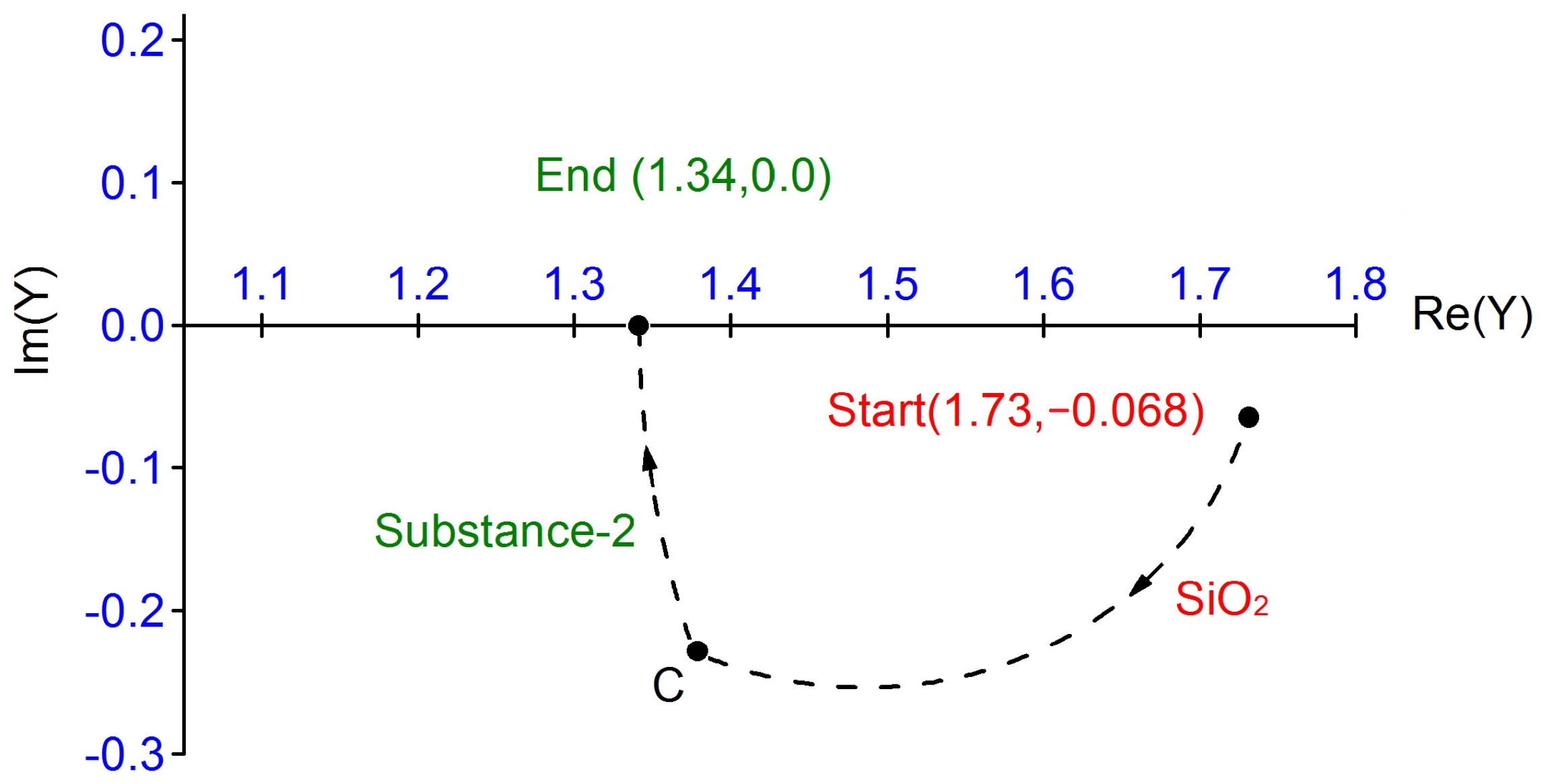