2. Significance of the Research

There is a lack of research in the literature that focuses on analyzing the addition of tin(II) fluoride nanoparticles to cementitious composites. This material is mostly used in the chemical industry as a component of toothpastes. The addition of tin(II) fluoride allows the compact toothpaste structure to be maintained and has a beneficial effect on enamel during its care. This phenomenon occurs because of the high electronegativity of F elements. This property is desirable for horizontally-formed cementitious composites. Therefore, the authors wished to propose a new approach by adding tin(II) fluoride nanoparticles to cement mortar overlay, while at the same time aiming to enhance the process of its formation and improve the properties of the obtained cementitious composite.

The mortars were modified with the addition of SnF2 nanoparticles (Sigma Aldrich, Poznan, Poland). The cement mortars were used to form the overlays with a water–cement ratio of 0.30. The overlay was 40 mm thick and was laid on a substrate made of concrete class C30/37. The composition of each mortar per 1 m3 of fresh matrix is given in Table 2, and information about the density of the components used to prepare the cementitious composites is presented in Table 3.
To the mixing water, 0.5% of the superplasticizer was added. The addition of nanoparticles to the mix took place during the mixing of the water and the superplasticizer with an automatic mixer. The mixing procedure started by slowly mixing the cement and water for 45 s (rotation speed: 8400 rph). Then, the cement paste with the addition of sand was slowly mixed for 45 s (rotation speed: 8400 rph). At the end, the fresh mix was mixed about two times faster than before for 18 s (rotation speed: 17,100 rph). The specimens were matured naturally in a relative air humidity of 60% (±5%) and at an air temperature of +20 °C (±3 °C).
Table 4 shows selected physical properties of the tin(II) fluoride SnF2 nanoparticles (based on the supplier’s data [17]). The chemical composition of the Portland cement CEM I 42.5 R is presented in Figure 3a. The grain curve of the washed quartz sand is shown in Figure 3b.
Before applying the cement mortar on the concrete substrate, the consistency of the mix was determined using the Novikow cone (Figure 4a) in accordance with PN-B-04500 [18], the bulk density of the fresh mortar was determined in accordance with EN 1015–6 [19], and its setting time was designated using Vicat apparatus (Figure 4b) according to standard EN 196–1 [20]. After these tests, the cementitious overlay was horizontally-formed (laid) on the concrete substrate.
Six specimens with dimensions of 40 mm × 40 mm × 160 mm were cemented from each mix and were used to perform the physical and strength property tests of the mortars in accordance with EN 13892–2 [21] (flexural tensile strength, Figure 5a; compressive strength, Figure 5b).
Apart from executing the test elements, three specimens with dimensions of 71 mm × 71 mm × 71 mm were prepared from each mix. These were then used for the abrasion resistance test of the mortar in accordance with EN 13,892 [22] (Figure 5c). These specimens were stored together with the test elements in the same thermal and humid conditions until testing. The tests of the subsurface tensile strength fh of the cement mortar were carried out using the pull-off method in accordance with EN 1542 [23] (Figure 5d), with the rebound number on the surface of the mortar being determined using the sclerometric method according to EN 12,504 [24].
Moreover, from each of the four samples, one core specimen with a diameter of 50 mm was taken from the mortar in order to perform tests of the velocity of the longitudinal ultrasound wave cL as a function of the thickness of the overlay using the ultrasonic method (Figure 6). Using a drill with a 50 ± 1 mm diameter, core samples from the cementitious composites were obtained. On the lateral surfaces of the specimens, measuring points were applied at a spacing of 5 mm. For ultrasonic tests, special heads with a frequency of 40 kHz and a point contact with the tested surface were used [25]. The ultrasonic tests were carried out in order to determine how the ultrasonic longitudinal cL wave velocity changes along the direction of floor concreting. Each measurement of the longitudinal ultrasonic wave that was conducted in a selected measuring point was performed three times in order to obtain the values of the coefficient of variation below 5%.
In order to confirm the improvement of subsurface tensile strength, the results of the SEM tests on the samples with dimensions of 11 × 11 × 11 (mm) taken from the subsurface area of cement overlay are presented. The samples were examined using a scanning electron microscope (SEM) in order to perform microstructural tests. This analysis was made using an SEM JEOL model JSM-6610A (Tokyo, Japan). The SEM was equipped with a tungsten hairpin filament and a backscattered electron (BSE) detector was used. The accelerating voltage of the BSE detector was equal to 20 kV, the beam current was equal to 40 nA, and the working distance was set to be equal to 10 mm. The samples for testing were first immersed in a non-conductive epoxy resin and then polished to an appropriate surface roughness of Sa = 310 nm (±35 nm). The surface roughness was controlled using the SEM Phenom G2 Pro with 5 kV acceleration and a resolution of 20 nm. A conductive path made of silver lacquer was then applied to the samples in order to obtain electrical conductivity and avoid electrical charging. The samples were then thermally sputtered in a vacuum of 2 × 10−5 Pa (2 × 10−6 Torr) with graphite electrodes to obtain a conductive layer with a thickness of 20 nm.

The purpose of this article was an attempt to evaluate the improvement of the subsurface properties of horizontally-formed cementitious composites modified with tin(II) fluoride nanoparticles. Based on the performed tests, the following conclusions can be drawn:
Summarizing the above, the higher electronegativity of the fluorine, when compared to oxygen, allowed the properties of the cementitious overlay, especially its subsurface properties, to be increased. This resulted in a better compaction of the matrix as well as the reduction of laitance and porosity. According to the obtained results, the authors would like to present the mechanism of the behavior of the fresh cementitious matrix with and without the addition of tin(II) fluoride, which is presented in Figure 14.

It has been observed in the presented research that the addition of tin(II) fluoride (SnF2) has a positive impact on some subsurface strength properties (subsurface tensile strength, abrasion resistance) of horizontally-formed cementitious composites. The proposed addition of SnF2 can also enhance the process of forming cement-based overlays. However, future studies are needed in order to continue to develop this interesting and complex topic and phenomena. It is suggested that these studies may include:
The authors would also like to highlight that the problem of the proposed solution is the high price of the nanoparticles. The use of the tin(II) fluoride will be economically rational if the price of SnF2 decreases. However, the presented results are promising and there is a definite need to continue them.

The authors are thankful to Patryk Obstarczyk and Barbara Maciejczyk for their support in the field of chemistry. 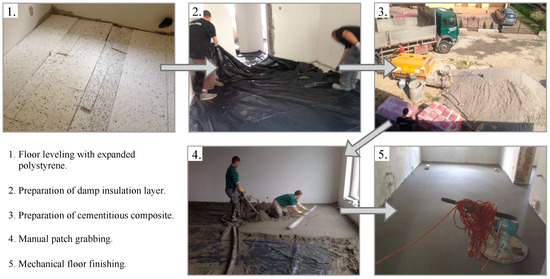 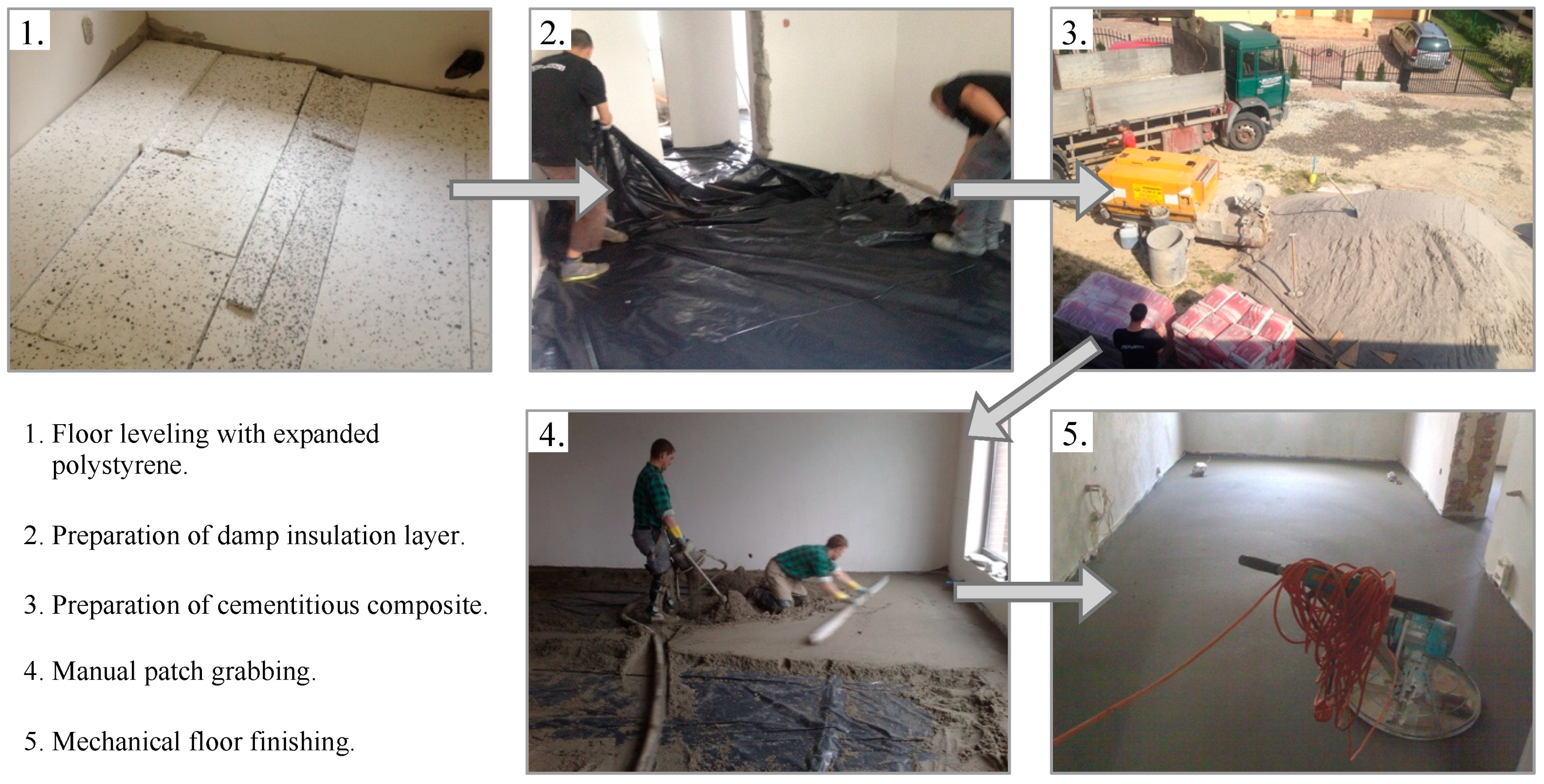 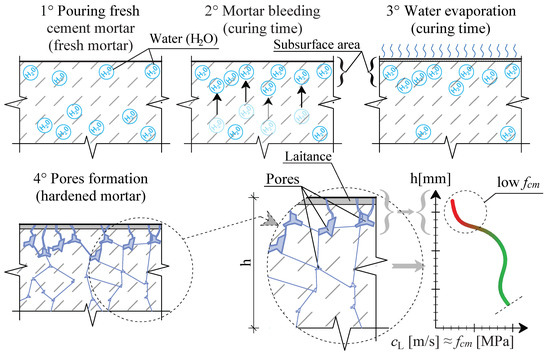 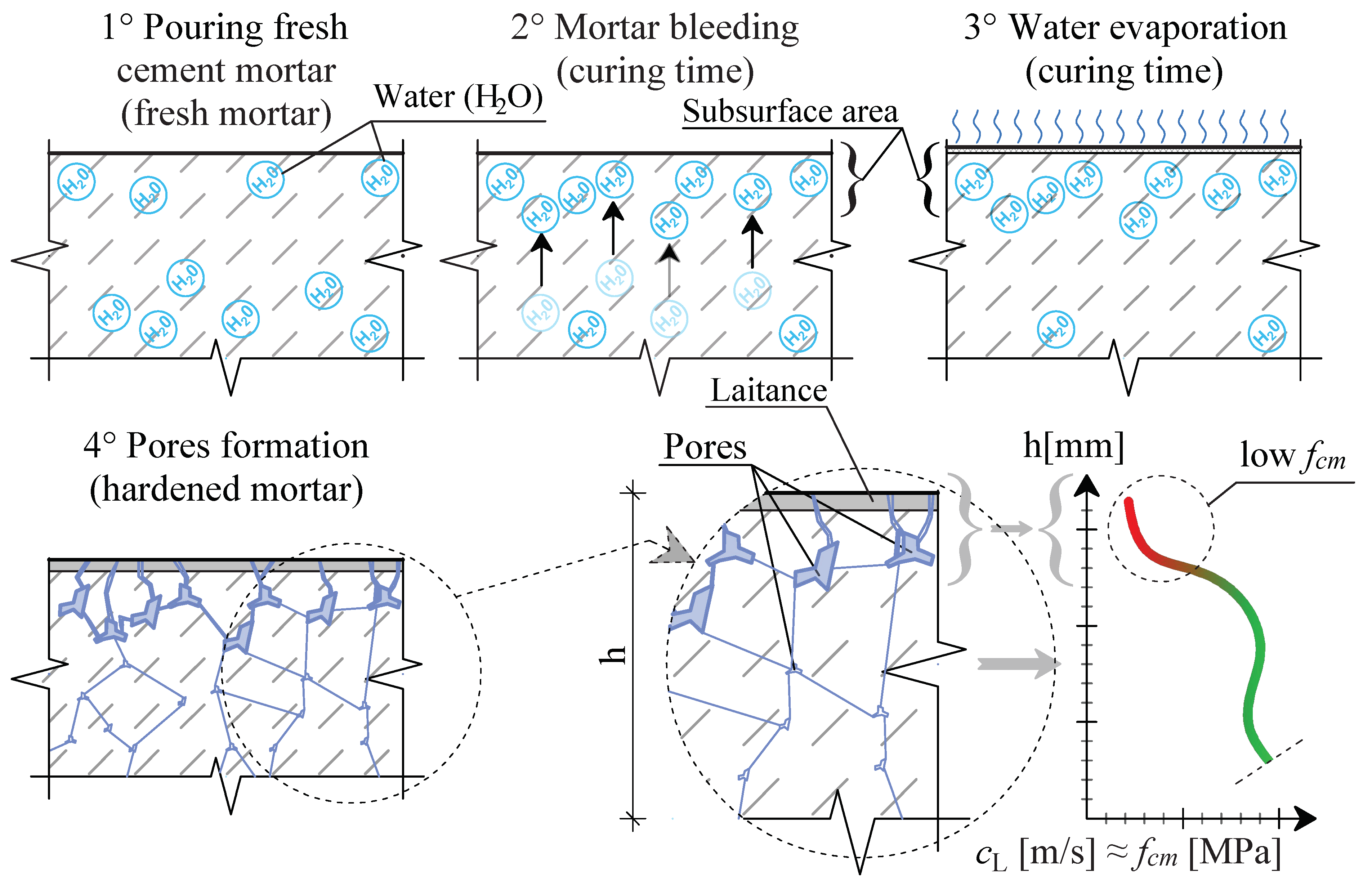 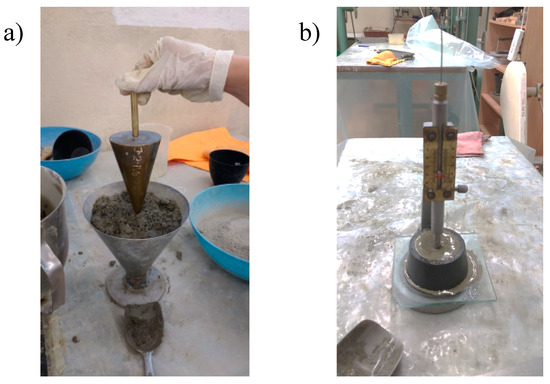 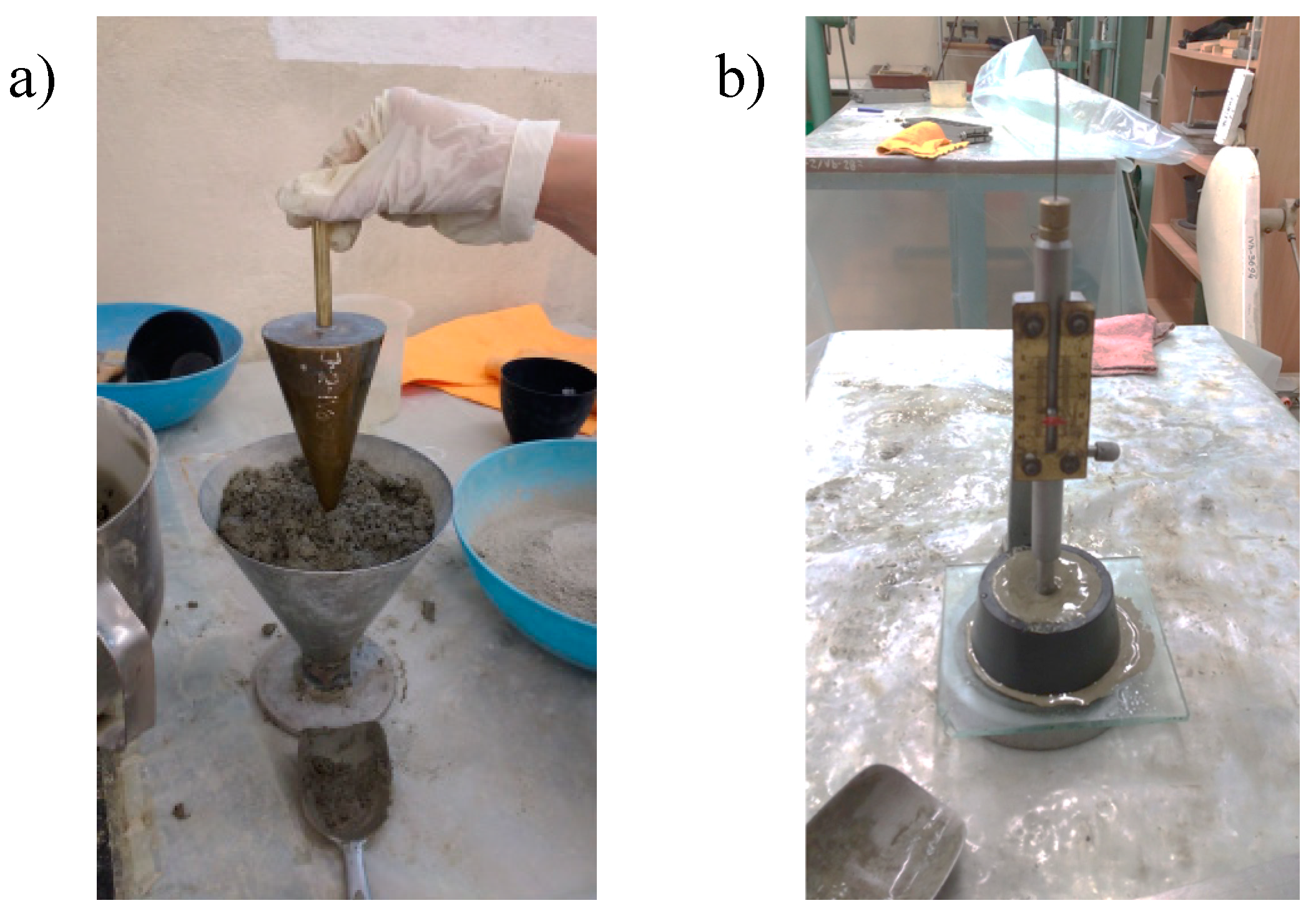 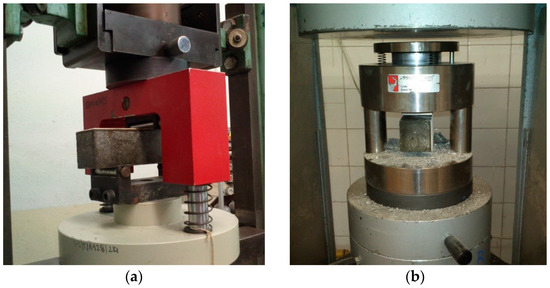 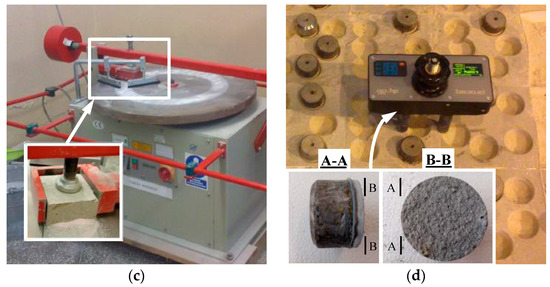 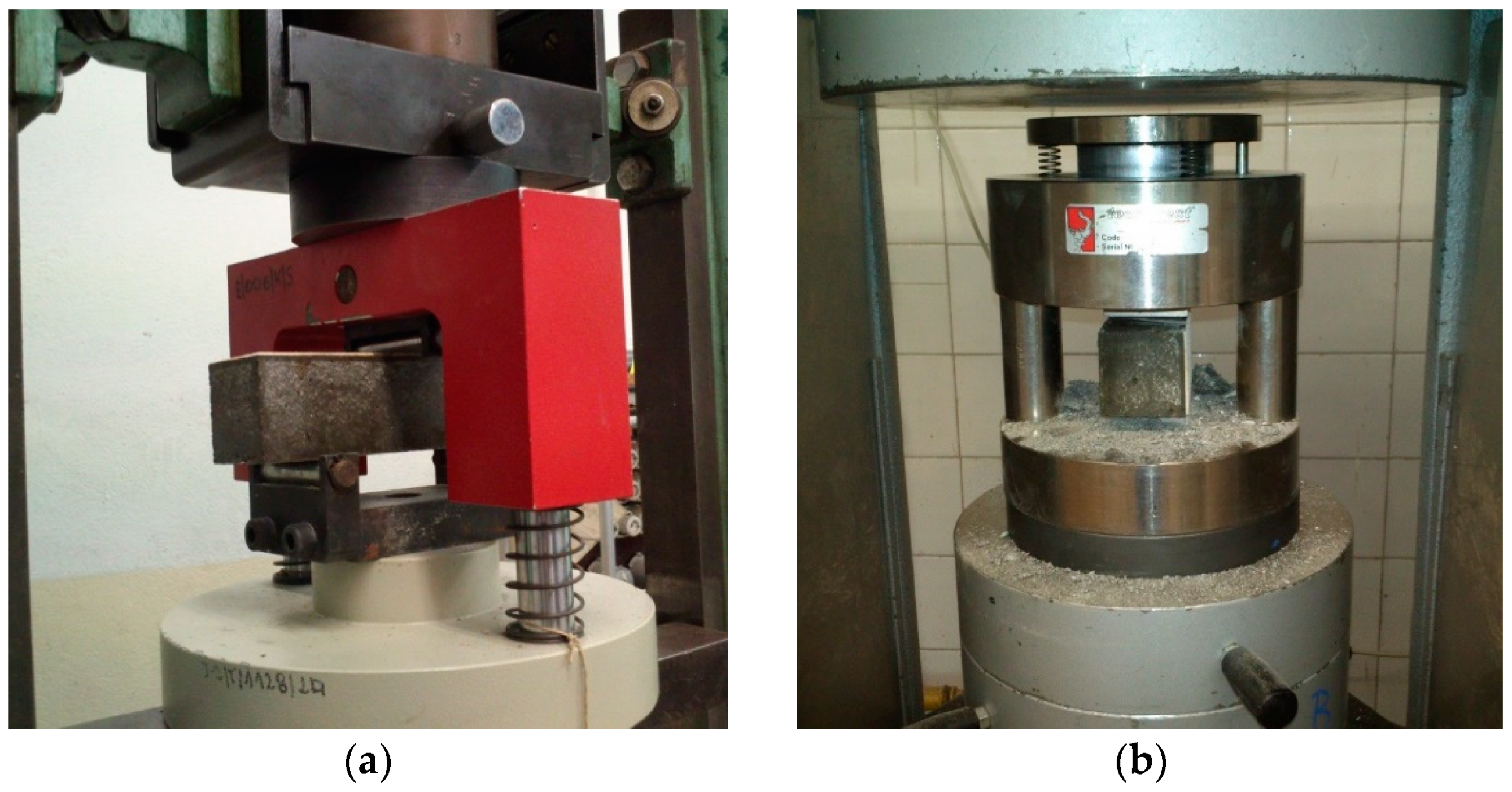 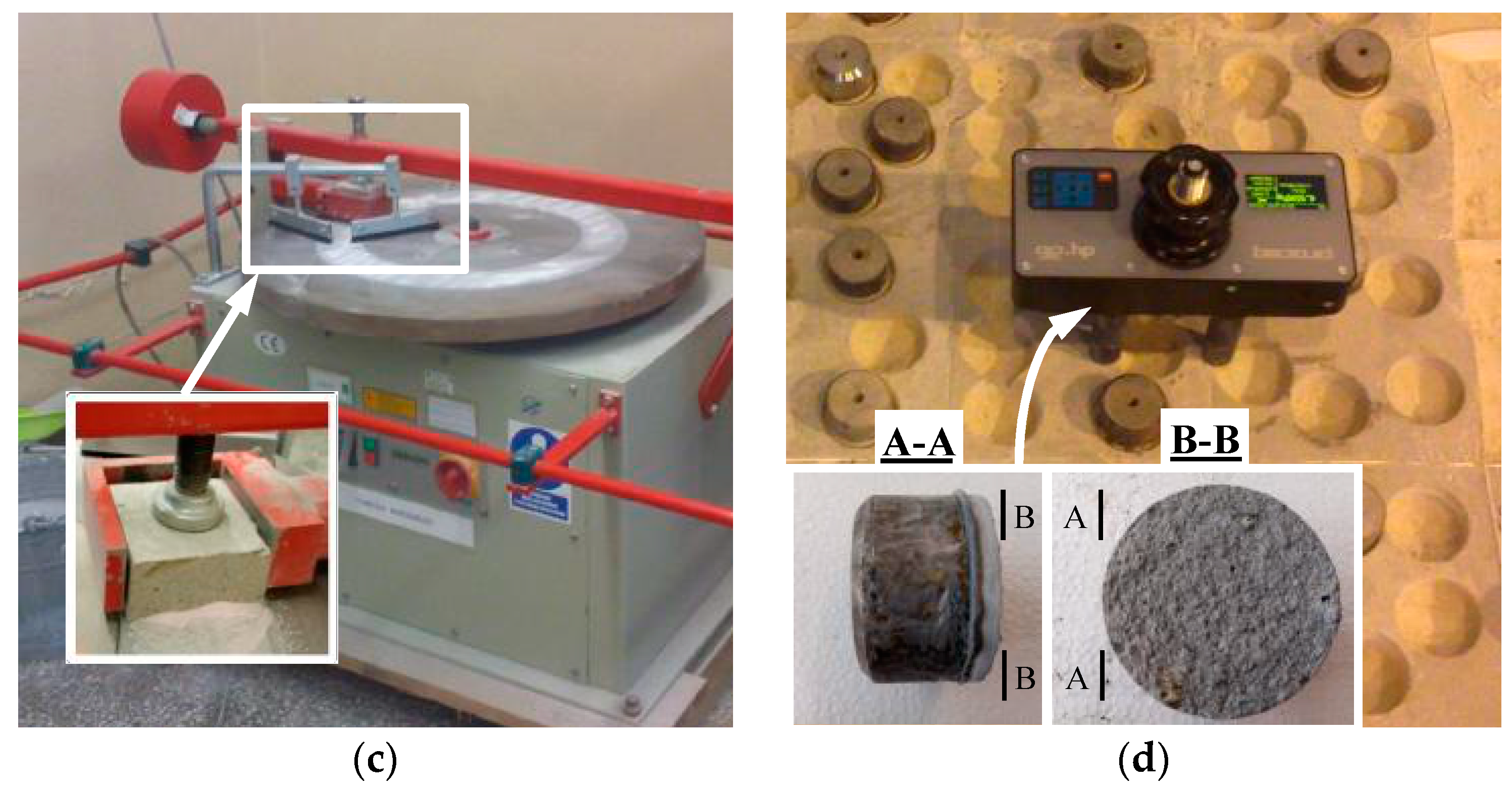 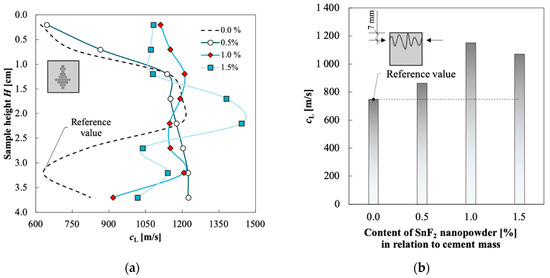 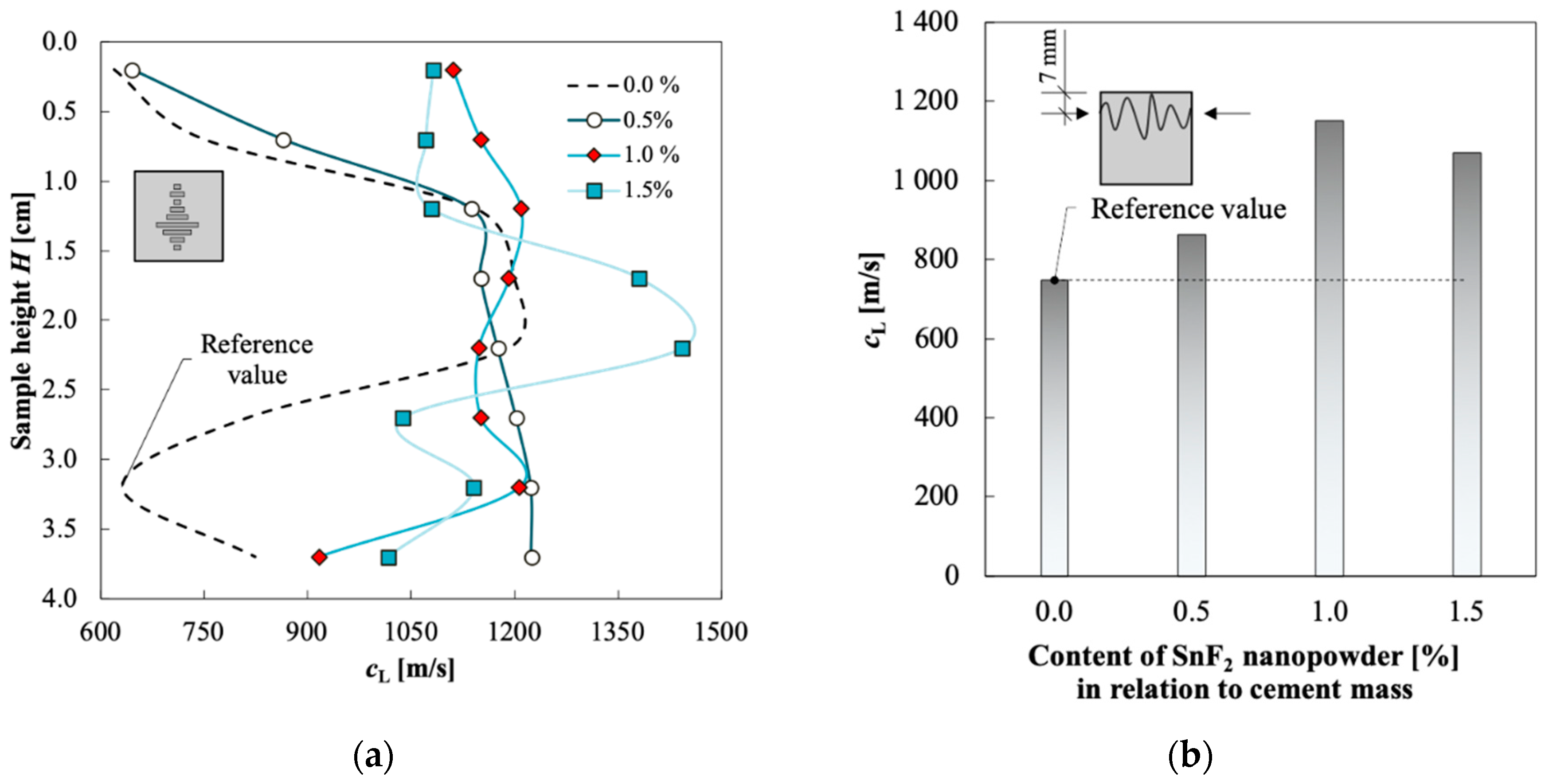 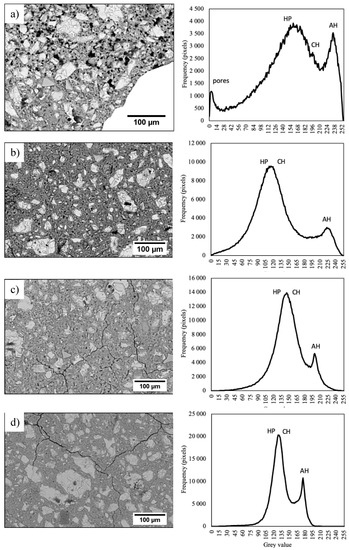 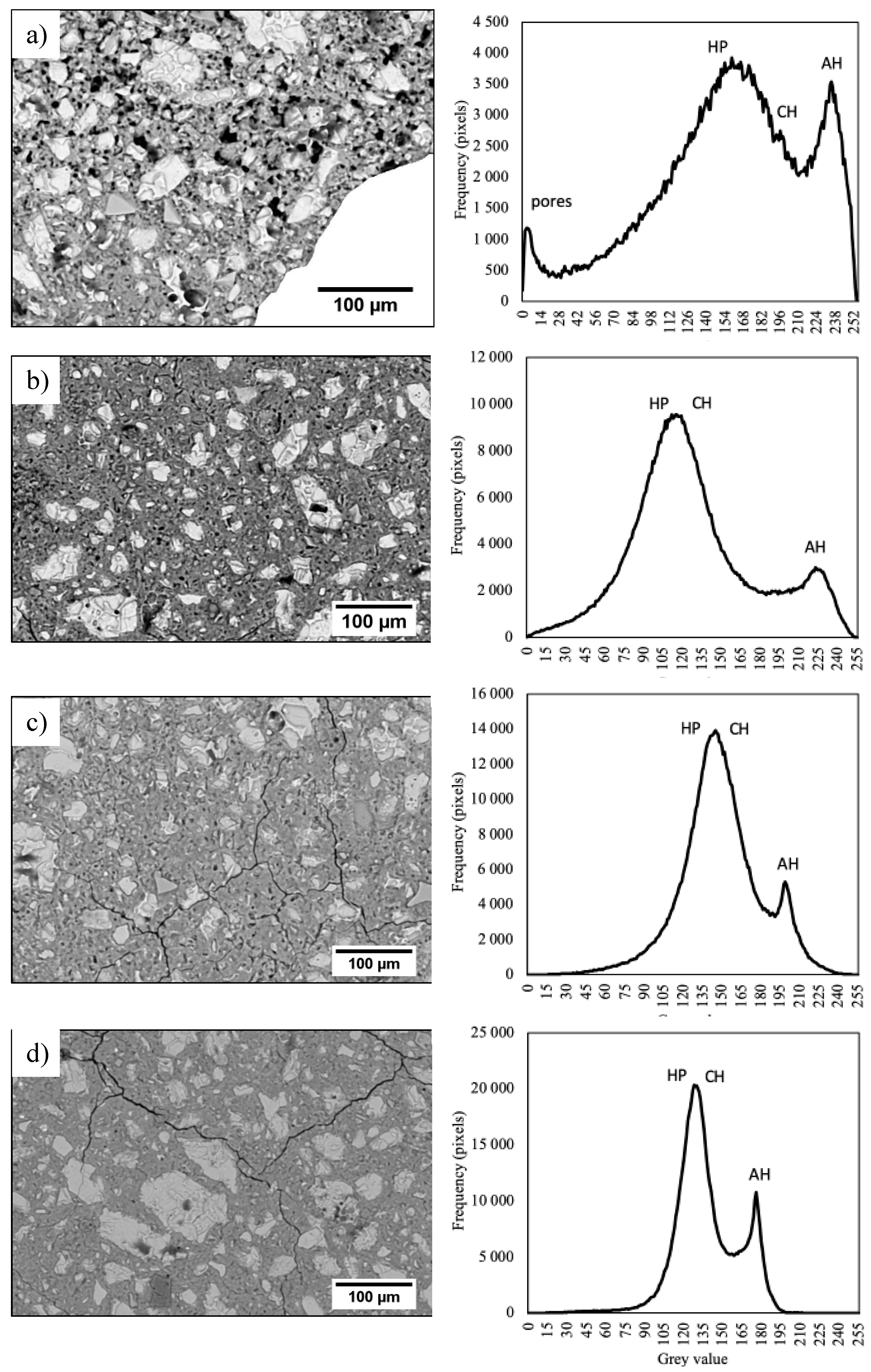 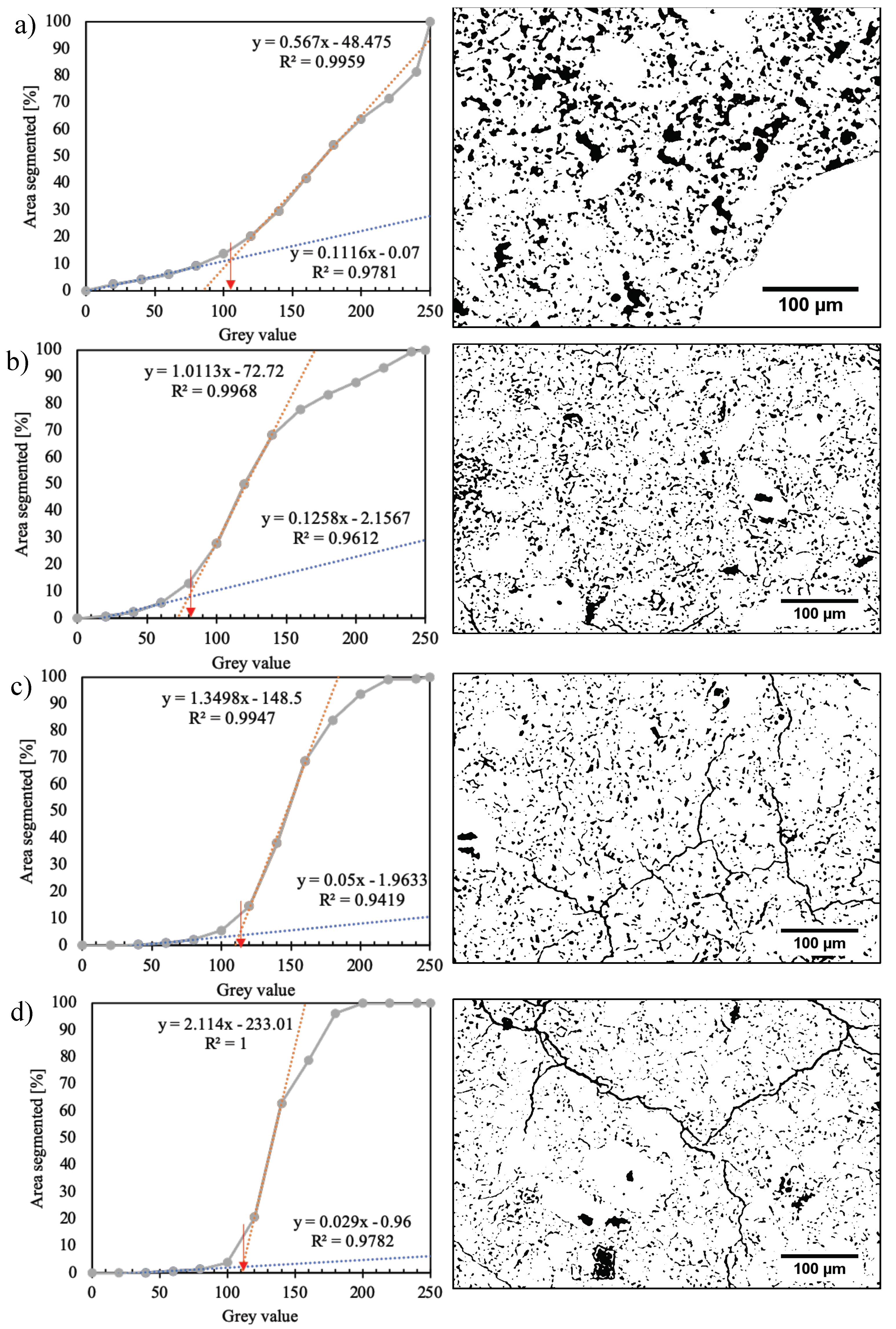 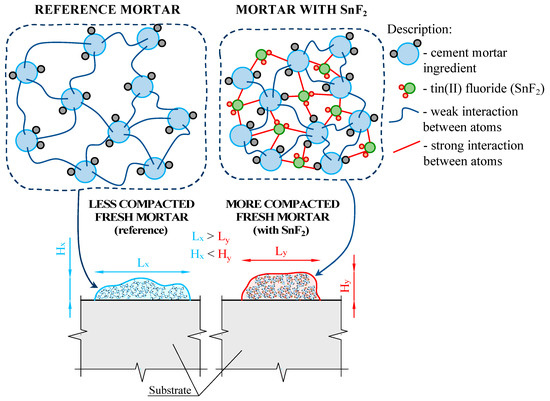