In Vitro Activities of Colistin and Sitafloxacin Combinations against Multidrug-, Carbapenem-, and Colistin-Resistant Acinetobacter baumannii Using the Broth Microdilution Checkerboard and Time-Kill Methods
Next Article in Special Issue

Efficacy and Mechanisms of Flavonoids against the Emerging Opportunistic Nontuberculous Mycobacteria

Trypanosoma cruzi causes the lethal Chagas disease, which is endemic in Latin America. Flowers of Moringa oleifera (Moringaceae) express a trypsin inhibitor (MoFTI) whose toxicity to T. cruzi trypomastigotes was previously reported. Here, we studied the effects of MoFTI on the viability of human peripheral blood mononuclear cells (PBMCs) as well as on the production of cytokines and nitric oxide (NO) by T. cruzi-infected PBMCs. Incubation with MoFTI (trypsin inhibitory activity: 62 U/mg) led to lysis of trypomastigotes (LC50 of 43.5 µg/mL) but did not affect the viability of PBMCs when tested at concentrations up to 500 µg/mL. A selectivity index > 11.48 was determined. When T. cruzi-infected PBMCs were treated with MoFTI (43.5 or 87.0 µg/mL), the release of the pro-inflammatory cytokine TNF-α and INF-γ, as well as of NO, was stimulated. The release of the anti-inflammatory cytokine IL-10 also increased. In conclusion, the toxicity to T. cruzi and the production of IL-10 by infected PBMCs treated with MoFTI suggest that this molecule may be able to control parasitemia while regulating the inflammation, preventing the progress of Chagas disease. The data reported here stimulate future investigations concerning the in vivo effects of MoFTI on immune response in Chagas disease. View Full-Text
Keywords: cytokines; cytotoxicity; immunomodulatory agent; Moringa oleifera; protease inhibitor; trypanocidal agent cytokines; cytotoxicity; immunomodulatory agent; Moringa oleifera; protease inhibitor; trypanocidal agent
►▼ Show Figures 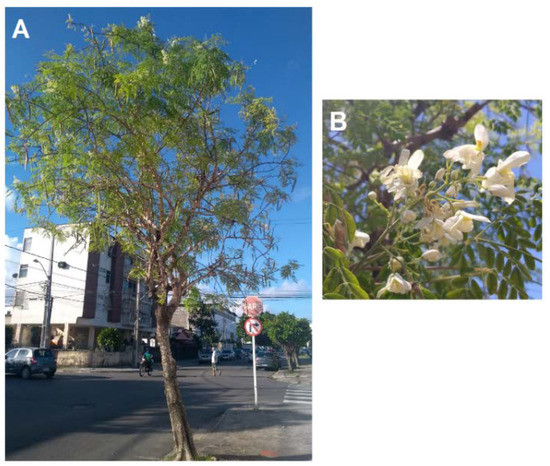