Clearing the Course: Folio 348 of the Nepalese Gaṇḍavyūha-sūtra in the Cleveland Museum of Art
Previous Article in Journal

Bloodthirsty, or Not, That Is the Question: An Ethnography-Based Discussion of Bhadrakāḷi’s Use of Violence in Popular Worship, Ritual Performing Arts and Narratives in Central Kerala (South India)1
Previous Article in Special Issue

Traces of Reciprocal Exchange: From Roman Pictorial Models to the World’s Earliest Depictions of Some Narrative Motifs in Andhra Reliefs

Brahmā at the Ajapāla Banyan Tree: Re-Examining Paintings at the Sulamani Temple, Bagan

This article examines how the literary evidence corroborates with the visual evidence for the unusual presence of Brahmā with the Buddha at the Ajapāla banyan tree of the goatherd symbolizing the Fifth of the Seven Weeks after the Enlightenment of the Buddha in the paintings of the recessed chamber in the east corridor of the Sulamani temple in Bagan in Burma. The presence of Brahmā at the Ajapāla banyan tree is puzzling, because most of the mural paintings in Burma and Sri Lanka follow the chronological order given in the Nidānakathā, and, as a result, the intervention of Brahmā pleading with the Buddha to reconsider his decision not to expound the doctrine takes place in the Eighth Week. The painting of the encounter of Brahmā and the Buddha at the banyan tree in the Sulamani temple in the Fifth Week is thus a notable exception. It is argued that the visual artist of the Sulamani temple who introduced Brahmā in an earlier than normal context knew the narratives in the Pāli Mahāvagga and in the Nidānakathā well and, to shorten a long story, selected quite wisely the Ajapāla banyan tree of the goatherd where both events took place, meaning the Fifth and Eighth Weeks. View Full-Text
Keywords: Buddhism; enlightenment; Bagan; Sulamani temple Buddhism; enlightenment; Bagan; Sulamani temple
►▼ Show Figures 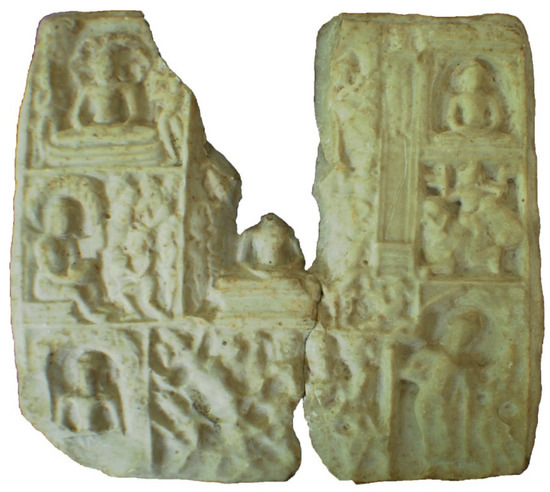