Why Pain Is Still a Welfare Issue for Farm Animals, and How Facial Expression Could Be the Answer
Previous Article in Special Issue

BiodiverSO: A Case Study of Integrated Project to Preserve the Biodiversity of Vegetable Crops in Puglia (Southern Italy)

Puglia region is particularly rich in agro-biodiversity, representing an example of how local vegetables varieties can still strongly interact with modern horticulture. Unfortunately, the genetic diversity of vegetable crops in this region has been eroded, due to several factors such as abandonment of rural areas, ageing of the farming population, and failure to pass information down the generations. This article summarizes the objectives, methodological approach and results of the project “Biodiversity of the Puglia’s vegetable crops (BiodiverSO)”, an integrated project funded by Puglia Region Administration under the 2007–2013 and 2014–2020 Rural Development Program (RDP). Results were reported for each of the eight activities of the project. Moreover, the Polignano carrot (a local variety of Daucus carota L.) was described as a case study, since several tasks have been performed within all eight project activities with the aim of verifying the effectiveness of these actions in terms of safeguarding for this genetic resource strongly linked with local traditions. BiodiverSO is an example of protection and recovery of vegetables at risk of genetic erosion that could help to identify and valorize much of the Puglia’s plant germplasm. View Full-Text
Keywords: characterization; conservation; databases; genetic resources; history; local varieties; recovery; sanitation; seed bank characterization; conservation; databases; genetic resources; history; local varieties; recovery; sanitation; seed bank
►▼ Show Figures 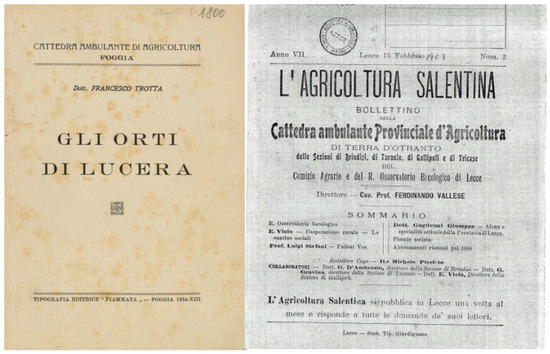