Obesity and Prostate Cancer: The Tip of a High Mountain Still to Be Conquered
Next Article in Special Issue

This study incorporated data from three RCTs that examined the effects of a PA intervention on EFs in children with a total of four cognitive tasks [7,8,9]. Table 1 shows a summary of these RCTs. The Fitness Improves Thinking in Kids (FITKids) trial [7,8] and the Active Breaks and Executive Function (ACTIBrEX) trial [9] were registered at www.clinicaltrials.gov (NCT01334359) and the German Clinical Trials Register (DRKS00013225), respectively. Given the sample size needed to achieve the necessary power to detect moderators can be very high [23], this reanalysis combined datasets with the aim of overcoming the issue of limited power. All procedures performed in studies involving human participants were in accordance with the ethical standards of the local ethics committees of the University of Illinois at Urbana-Champaign and the Ethikkommission Nordwest- und Zentralschweiz and with the 1964 Helsinki declaration and its later amendments or comparable ethical standards. Informed assent and consent were obtained from all individual participants and their legal guardians included in each study. Additional informed consent was obtained from all individual participants for whom identifying information is included in this article.

Here, we only provide brief descriptions of the cognitive tasks, which are essential for understanding the present analysis. However, greater detail of each task is provided in the original references [7,8,9]. All three studies assessed both response accuracy and reaction time for each task. The effects of the PA intervention were observed for response accuracy by Hillman et al. [7] and Kamijo et al. [8], whereas the effects were found for reaction time by Ludyga et al. [9]. This difference is likely a result of differences in the nature of the EF tasks employed and/or between study differences in participant age. The present study was designed not to examine whether PA intervention improves EFs, but rather to test whether the beneficial effects of PA intervention on cognitive performance are moderated by baseline performance and EF demands. Based on this purpose, we examined cognitive performance broadly, including either accuracy or reaction time as a function of the outcome influenced by the PA intervention in each study. These main outcomes were converted to z-scores after controlling for age and sex. Positive scores in each task indicate better performance (i.e., higher accuracy or shorter reaction time).

In the study of Hillman et al. [7], a color-shape switch task [25] had participants press either the left or right button corresponding to the shape (square or circle) or color (blue or green) of presented characters. This task consisted of a homogeneous task condition, in which a single task (i.e., shape or color) was repeated, and a heterogeneous condition, in which the two tasks were randomly interleaved with equal probability. The heterogeneous task condition involves higher EF demands due to the need to maintain multiple task sets active in working memory and the requisite inhibition of a task set on switch trials [26,27]. For the present analysis, we defined the homogeneous and heterogeneous task conditions as the lower-EF and higher-EF conditions, respectively.

In the study of Kamijo et al. [8], a modified Sternberg task [28] asked participants to encode a memory set containing an array of one, three, or five letters and press either the left or right button corresponding to whether a subsequently presented single probe letter was present or absent from the encoded letter array. Increased EF demands are required for larger set sizes. For the present analysis, we defined the one-letter and five-letter conditions as the lower-EF and higher-EF conditions, respectively.

T.I. and K.K. developed the study concept, performed the data analysis and interpretation and drafted the manuscript. E.S.D., S.L. and C.H.H. provided critical revisions and important intellectual content. All authors contributed to the study design. All authors have read and agreed to the published version of the manuscript. 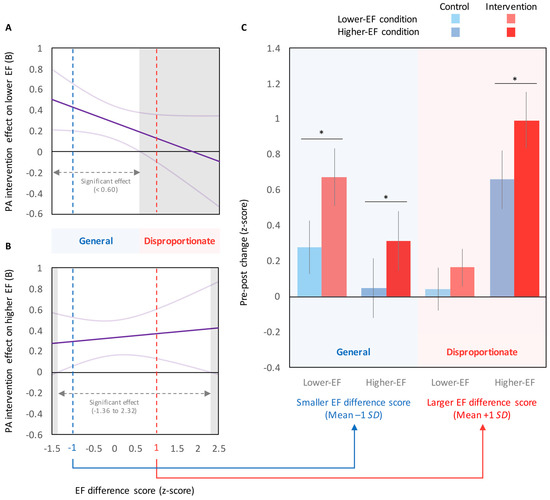 Table 2. Hierarchical multiple regression predicting the pre–post change in cognitive performance.
Table 2. Hierarchical multiple regression predicting the pre–post change in cognitive performance.
Note: Cognitive performance was converted to z-score after controlling for age and sex in each study; group is coded as control = 0, intervention = 1; EF condition is coded as lower EF condition = 0, higher EF condition = 1; CI = confidence interval; * p < 0.05. Step 3 did not reach significance (ΔR2 = 0.002, p = 0.30). Baseline Performance2 = square value of Baseline Performance.
© 2020 by the authors. Licensee MDPI, Basel, Switzerland. This article is an open access article distributed under the terms and conditions of the Creative Commons Attribution (CC BY) license (http://creativecommons.org/licenses/by/4.0/).
We use cookies on our website to ensure you get the best experience. Read more about our cookies here.
Accept
We have just recently launched a new version of our website. Help us to further improve by taking part in this short 5 minute survey here. here.
Never show this again