Quality of Life in Young Adults after Flatfoot Surgery: A Case-Control Study
Next Article in Special Issue

Background: In order to overcome the geometrical and physical limitations of conventional rotating and piezosurgery instruments used to perform bone osteotomies, as well as the difficulties in translating digital planning to the operating room, a stand-alone robot-guided laser system has been developed by Advanced Osteotomy Tools, a Swiss start-up company. We present our experiences of the first-in-man use of the Cold Ablation Robot-guided Laser Osteotome (CARLO®). Methods: The CARLO® device employs a stand-alone 2.94-µm erbium-doped yttrium aluminum garnet (Er:YAG) laser mounted on a robotic arm. A 19-year-old patient provided informed consent to undergo bimaxillary orthognathic surgery. A linear Le Fort I midface osteotomy was digitally planned and transferred to the CARLO® device. The linear part of the Le Fort I osteotomy was performed autonomously by the CARLO® device under direct visual control. All pre-, intra-, and postoperative technical difficulties and safety issues were documented. Accuracy was analyzed by superimposing pre- and postoperative computed tomography images. Results: The CARLO® device performed the linear osteotomy without any technical or safety issues. There was a maximum difference of 0.8 mm between the planned and performed osteotomies, with a root-mean-square error of 1.0 mm. The patient showed normal postoperative healing with no complications. Conclusion: The newly developed stand-alone CARLO® device could be a useful alternative to conventional burs, drills, and piezosurgery instruments for performing osteotomies. However, the technical workflow concerning the positioning and fixation of the target marker and the implementation of active depth control still need to be improved. Further research to assess safety and accuracy is also necessary, especially at osteotomy sites where direct visual control is not possible. Finally, cost-effectiveness analysis comparing the use of the CARLO® device with gold-standard surgery protocols will help to define the role of the CARLO® device in the surgical landscape.
Keywords: CARLO®; robot-guided laser; osteotomy; midface; orthognathic surgery CARLO®; robot-guided laser; osteotomy; midface; orthognathic surgery

The study was approved by the Swiss Agency for Therapeutic Products (Swissmedic Ref 10000471) and the ethical committee for Northwest and Central Switzerland (Ethikkommission Nordwest- und Zentralschweiz [EKNZ] 2017-01768). The study was registered with the European Database on Medical Devices (EUDAMED CIV-19-02-027204). The patient signed a written informed consent sheet for study participation.

The CARLO® device includes an Er:YAG laser mounted on a robotic arm that is guided by an integrated navigation system (Figure 1). The laser produces a beam with a focal diameter of 0.8 mm, a pulse energy of >100 mJ, and a pulse rate of 10 Hz. The laser is operated in the cold ablation regime, which leaves the ablated bone surface porous and biologically functional since the temperature of the surrounding tissue never exceeds 45 °C. This can be achieved by ensuring that the duration of each laser pulse is sufficiently short, sweeping the laser head along the osteotomy line, and providing constant cooling and humidification from the saline solution that is sprayed from a nozzle. A visible green laser is coaxially aligned with the cutting beam of the Er:YAG laser to allow the surgeon to monitor and simulate the osteotomy path prior to the cutting. The robotic arm (lightweight medical grade robot LBR Med, KUKA, Augsburg, Germany) on which the laser head is mounted provides a lateral repeatability of better than 0.15 mm and an angular repeatability of better than 7 mrad. The robotic arm was designed to be tactile and to move at safe speeds and exert forces compatible with human–machine interactions. The arm will move to a predefined safe position when it detects the possibility of a collision. The robot is guided by a navigation system based on two tracking cameras that observe two markers: one integrated in the laser head and the other attached to the patient. A nozzle that sprays normal saline solution is used to cool, moisturize, and capture most of the ablation debris around the targeted tissue.

A 19-year-old male patient in good general health but presenting a hypoplastic maxilla and a history of a soft palatal cleft provided written informed consent to undergo a linear Le Fort I midface osteotomy performed with the CARLO® device. Virtual planning was based on preoperative CT (SOMATOM Definition Flash, Siemens Healthcare GmbH, Erlangen, Germany) with a slice thickness of 1.0 mm performed 5 weeks prior to the surgery. The midface was segmented using Mimics software (version 21.0, Materialise, Leuven, Belgium). The dental surfaces and bite registration were obtained with an intraoral scanner (TRIOS 3 Basic, 3Shape, Copenhagen, Denmark) and aligned with the dental surface of the segmented midface. Two linear Le Fort I osteotomy lines were designed in Mimics that took into account the positions of the dental roots (Figure 2). The virtually planned Le Fort I osteotomy was exported as a Surface Tessellation Language (STL) file and then imported into the software of the CARLO® device, which includes a graphical user interface. Since the osteotomy line can be adjusted within the software, intraoperative corrections can be performed without the need to return to the planning software. The cutting angulation of the laser head relative to the bone surface was set using the graphical user interface, and this can also be adjusted intraoperatively. The orthognathic virtual surgery planning was finalized in IPS CaseDesigner (KLS Martin, Tuttlingen, Germany), which allows the in-house manufacture of an occlusal splint using a 3D printer (Objet30 Prime, Stratasys Ltd., Eden Prairie, MN, USA).

The intraoperative procedure included the usual sterile draping of the patient and obtaining surgical access with mucoperiosteal flap elevation in the maxilla. The registration marker was registered in the software of the CARLO® device using the optical cameras and navigation software, and subsequently attached to the hard palate using two self-drilling 11.0-mm intermaxillary fixation (IMF) screws (M5248.11, Medartis AG, Basel, Switzerland). The marker was positioned in direct sight of the optical cameras on the left side of the patient so as to not interfere with the surgeon, who was positioned on the right side of the patient (Figure 3). Point-pair matching of at least four landmarks was used to match the virtual maxilla with the maxilla of the patient (Figure 4). Dental landmarks and the infraorbital foramina were used for the registration process, which took 5 min and resulted in a root-mean-square (RMS) error of 1.0 mm.
Two black malleable orbital retractors were placed behind the tuber maxillae and apertura piriformis in order to retract the soft tissues and avoid scattering of the laser beam (Figure 5). The operating team, nursing staff, and patient were all equipped with protective laser goggles. The laser head is automatically positioned in the operating area by the robotic arm and the osteotomy line is visualized by the green noncutting laser beam mentioned above. This step is approved by the surgical team. In the exemplar case, the surgical team was not satisfied with the on-site osteotomy line visualization, and so the osteotomy line as well as the laser head angulation were adjusted intraoperatively (Figure 2). Once the procedure is agreed, the laser needs to be manually turned on and controlled by the surgeon by maintaining continuous pressure on a trigger button. The robot-guided laser then performs the osteotomy autonomously while still under direct visual control by the surgical team, who are provided with real-time visualization of the cutting area on a monitor and real-time auditory feedback. The amount of bone removed during the osteotomy is displayed in a histogram on the graphical user interface, which allows for depth control. Once the osteotomy of the inner cortex of the bone has been completed, the sound of the laser cut changes, informing the surgeon that the osteotomy is complete, as demonstrated in the attached video (Supplementary Video S1).
The osteotomy took approximately 8 min on the right side and 4 min on the left side. Multiple safety protocols were in place to address any unexpected events, such as laser-stop buttons on the device held by the surgeon and on the robot itself, and the ability to push the robotic arm away. The CARLO® device successfully performed the linear midface osteotomy in the present case on both sides without encountering any technical problems or safety concerns. After the osteotomy had been performed, the CARLO® device was removed and the osteotomy of the nasal septum, lateral nasal wall, and pte-rygomaxillary junction was completed using a chisel and hammer. The surgery was then completed in a conventional manner.

Postoperative CT with a slice thickness of 1.0 mm was used to compare the performed and planned osteotomies by superimposing the preoperatively planned and osteotomized maxillae in Mimics (version 21.0). The virtual model with the intraoperatively adjusted osteotomy line on the right maxilla was exported as an STL file from the CARLO® software and imported into Mimics. A maxillofacial surgeon measured the distances from four predefined dental surfaces to the osteotomy line in both models. In order to ensure that the measurement positions were correct, the pre- and postoperative models were superimposed based on the dental surface scan. Laterally, the postoperatively mea-sured distances from the mesiobuccal cusps of the right and left first upper molars to the lateral osteotomy line showed differences of 0.03 mm and 0.79 mm, respectively, relative to the preoperative planned distances. Anteriorly, the postoperatively measured distances from the right and left first incisors to the medial osteotomy line showed differences of 0.51 mm and 0.45 mm, respectively (Figure 6). The patient was discharged on the third postoperative day and showed normal healing at 1-, 2-, and 4-week follow-ups, with no reports of infections, mucosa dehiscence, or hematoma. There was no reported adverse event related to the use of the CARLO® device.

The CARLO® device could be a useful alternative to conventional osteotomy instruments and piezoelectric surgery for bone osteotomies. In the present exemplar orthognathic case, the linear part of the Le Fort I midface osteotomy was safely completed with this newly developed autonomous system, with no technical problems being encountered. The CARLO® device offers the advantage of contact-free osteotomies, theoretically unlimited osteotomy geometries, and the capability to directly transfer from preoperative planning to the operating room without the need for cutting guides. However, performing osteotomies where direct visual control is not possible will require the implementation of an active depth control system and further preclinical studies confirming the safety and accuracy. Furthermore, the impact on bone healing needs further assessment, particularly compared with conventional osteotomy instruments. The present results combined with tests of further specific applications for the CARLO® device in craniomaxillofacial and orthopedic surgery will clarify and define the role of this novel device in the surgical landscape.

The following are available online at https://www.mdpi.com/2077-0383/10/3/450/s1. Video S1: Intraoperative use of the CARLO® device. Intraoperative demonstration of a linear Le Fort I laser osteotomy performed autonomously using the CARLO® device during orthognathic surgery. The video demonstrates visualization of the osteotomy, direct visual and auditory feedback, and the presentation of the bone thickness as indirect depth control.

The study was conducted according to the guidelines of the Declaration of Helsinki, and approved by the “Swiss Agency for Therapeutic Products” (Swissmedic Ref 10000471) and the ethical committee for Northwest and Central Switzerland (Ethikkommission Nordwest- und Zentralschweiz (EKNZ) 2017-01768). The study was also registered with the European database of medical devices (EUDAMED CIV-19-02-027204).

We thank Cyrill Bätscher and Alfredo Bruno† of Advanced Osteotomy Tools (AOT) for their support.

T.W. is an employee of AOT, and P.J. and H.-F.Z. are cofounders of AOT. A.A.M. was the study-site principal investigator and received financial study-site compensation according to the clinical study agreement. The other authors do not have any conflict of interest. 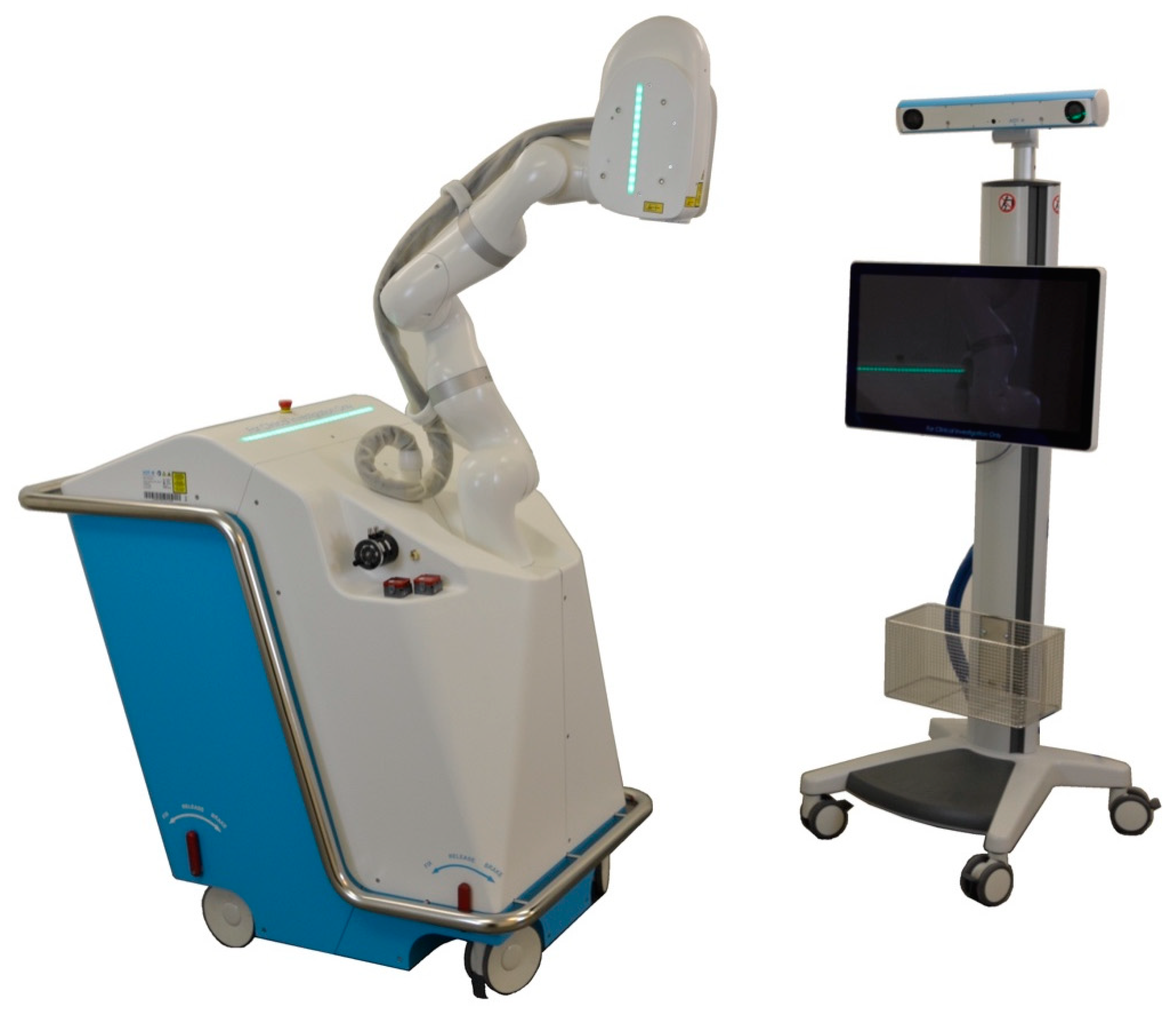 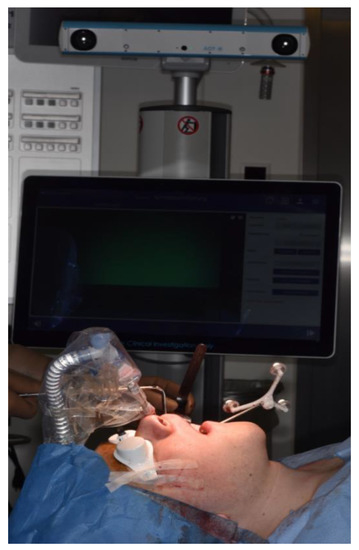 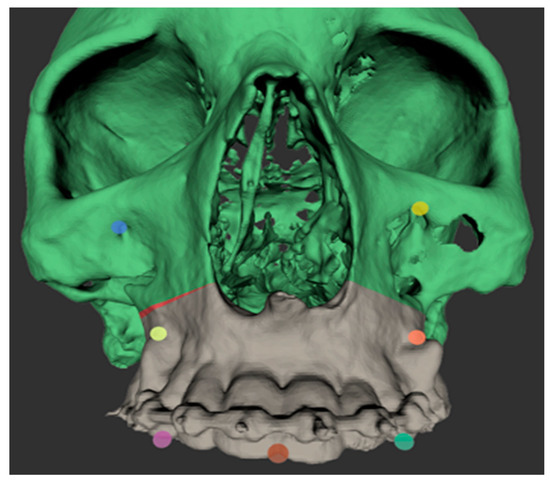 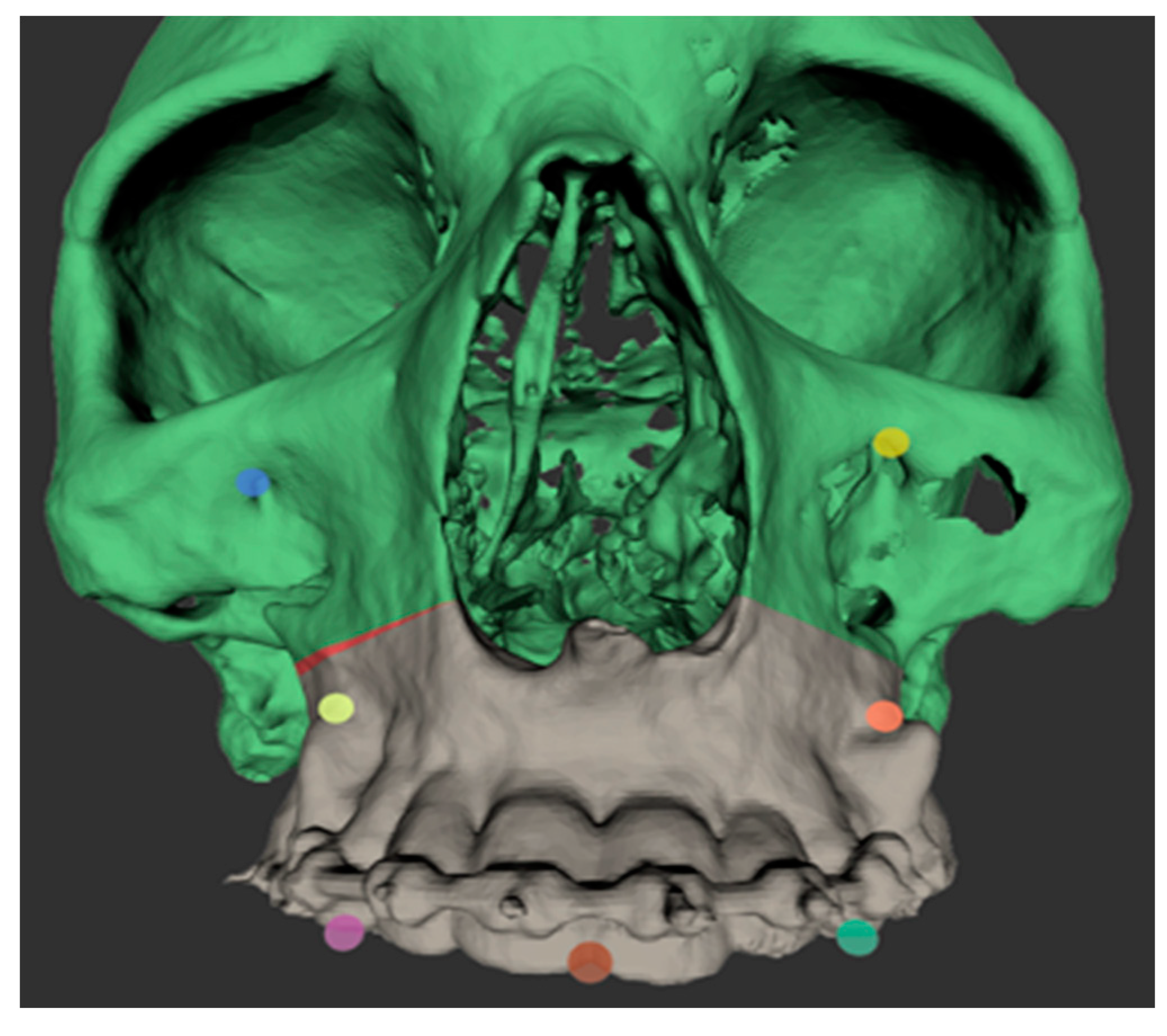 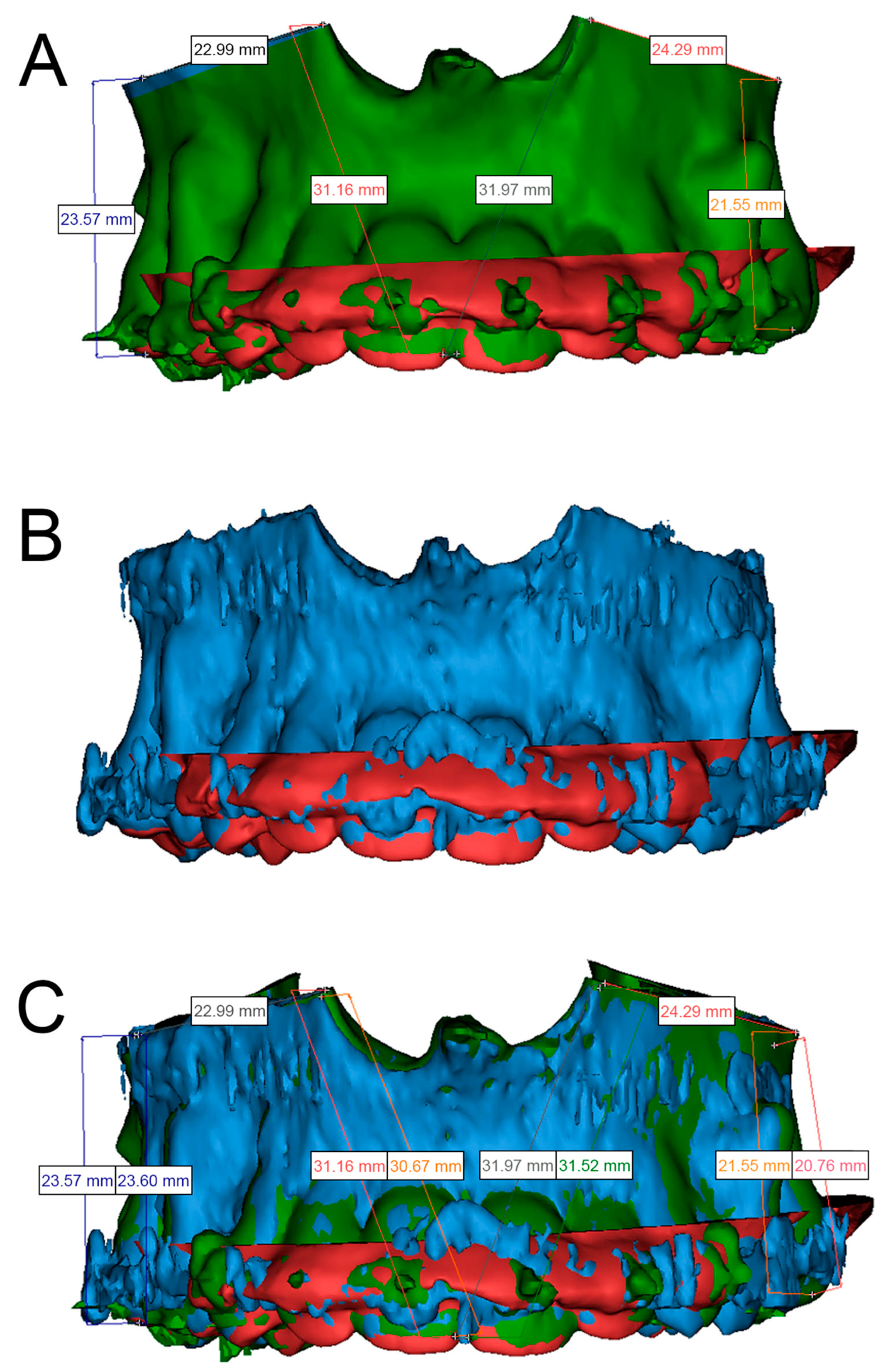