Hydrogen is a promising energy carrier, and is exploitable to extract energy from fossil fuels, biomasses, and intermittent renewable energy sources and its generation from fossil fuels, with CO2 separation at the source being one of the most promising pathways for fossil fuels’ utilization. This work focuses on a particular configuration called the Reformer and Membrane Module (RMM), which alternates between stages of Steam Reforming (SR) reactions with H2 separation stages to overcome the thermodynamic limit of the conventional SR. The configuration has numerous advantages with respect to the more widely studied and tested membrane reactors, and has been tested during a pilot-scale research project. Although numerous modelling works appeared in the literature, the design features of the material exchanger (in the so-called RMM architecture) of different geometrical configurations have not been developed, and the mass transfer correlations, capable of providing design tools useful for such membrane modules, are not available. The purpose of this work is therefore to apply a physical-mathematical model of the mass transfer, in three different geometries, considering both concentration polarization and membrane permeation, in order to: (i) simulate the cited experimental results; (ii) estimate the scaling-up correlations for the “material exchange modules”; and (iii) identify the mass transfer limiting regime in relation to the gas mass flow rate. View Full-Text
Keywords: physical-mathematical modelling; concentration polarization; steam reforming; palladium membranes; experimental data physical-mathematical modelling; concentration polarization; steam reforming; palladium membranes; experimental data
►▼ Show Figures 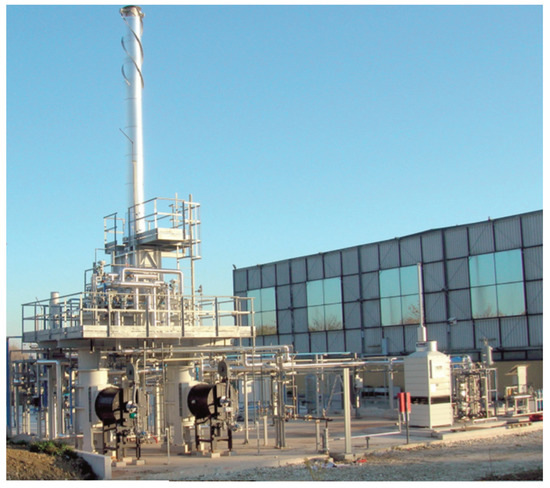