Can We Put Aside Microelectrode Recordings in Deep Brain Stimulation Surgery?
Previous Article in Special Issue

Cannabinoids for People with ASD: A Systematic Review of Published and Ongoing Studies

The etiopathogenesis of autism spectrum disorder (ASD) remains largely unclear. Among other biological hypotheses, researchers have evidenced an imbalance in the endocannabinoid (eCB) system, which regulates some functions typically impaired in ASD, such as emotional responses and social interaction. Additionally, cannabidiol (CBD), the non-intoxicating component of Cannabis sativa, was recently approved for treatment-resistant epilepsy. Epilepsy represents a common medical condition in people with ASD. Additionally, the two conditions share some neuropathological mechanisms, particularly GABAergic dysfunctions. Hence, it was hypothesized that cannabinoids could be useful in improving ASD symptoms. Our systematic review was conducted according to the PRISMA guidelines and aimed to summarize the literature regarding the use of cannabinoids in ASD. After searching in Web of KnowledgeTM, PsycINFO, and Embase, we included ten studies (eight papers and two abstracts). Four ongoing trials were retrieved in ClinicalTrials.gov. The findings were promising, as cannabinoids appeared to improve some ASD-associated symptoms, such as problem behaviors, sleep problems, and hyperactivity, with limited cardiac and metabolic side effects. Conversely, the knowledge of their effects on ASD core symptoms is scarce. Interestingly, cannabinoids generally allowed to reduce the number of prescribed medications and decreased the frequency of seizures in patients with comorbid epilepsy. Mechanisms of action could be linked to the excitatory/inhibitory imbalance found in people with ASD. However, further trials with better characterization and homogenization of samples, and well-defined outcomes should be implemented. View Full-Text
Keywords: autism spectrum disorder; cannabinoids; cannabidiol; cannabidivarin; THC; problem behaviors; sleep; epilepsy; hyperactivity; side effects autism spectrum disorder; cannabinoids; cannabidiol; cannabidivarin; THC; problem behaviors; sleep; epilepsy; hyperactivity; side effects
►▼ Show Figures 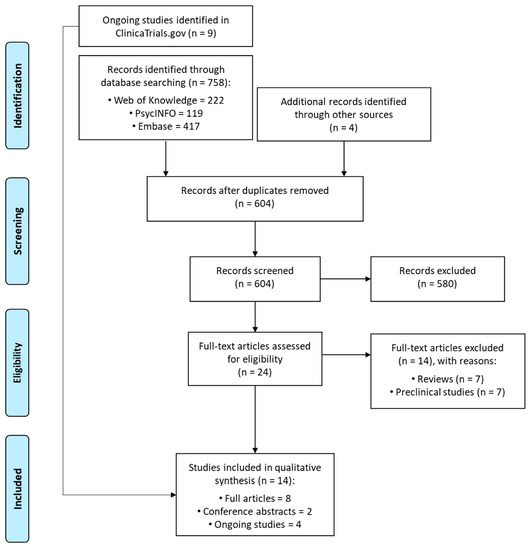