A Shearlets-Based Method for Rain Removal from Single Images

This work focuses on the problem of rain removal from a single image. The directional multilevel system, Shearlets, is used to describe the intrinsic directional and structure sparse priors of rain streaks and the background layer. In this paper, a Shearlets-based convex rain removal model is proposed, which involves three sparse regularizers: including the sparse regularizer of rain streaks and two sparse regularizers of the Shearlets transform of background layer in the rain drops’ direction and the Shearlets transform of rain streaks in the perpendicular direction. The split Bregman algorithm is utilized to solve the proposed convex optimization model, which ensures the global optimal solution. Comparison tests with three state-of-the-art methods are implemented on synthetic and real rainy images, which suggests that the proposed method is efficient both in rain removal and details preservation of the background layer. View Full-Text
Keywords: rain removal; shearlets; split Bregman algorithm rain removal; shearlets; split Bregman algorithm
►▼ Show Figures 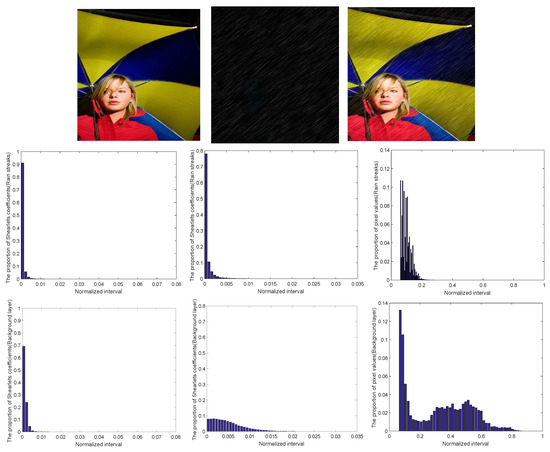